I reluctantly headed out to a women’s gathering at Blanchard Alliance Church shortly after I moved back to the States eleven years ago. I’m a introvert, so the thought of stepping into a circle of well-established social connections was daunting. But I was hopeful. I was entering a different phase of life, and prodding myself over new hurdles was a daily endeavor. 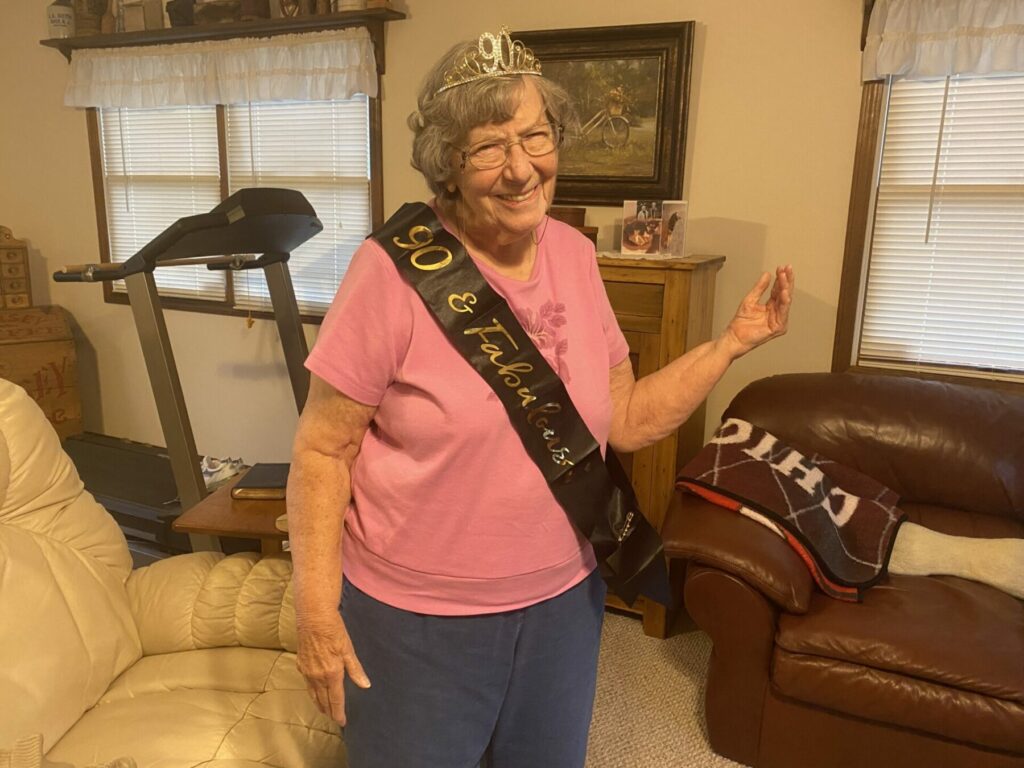 My concerns over the get-together were entirely unfounded. The women at the gathering were welcoming and warm. I was feeling good about my choice to attend…and then the Miracle-Giver Himself stepped in to make of this “hurdle” a God-appointed encounter. Sitting in the last row of the church basement was Miss Scribner, eighty (at the time), and as I looked across at her, I realized with stunning clarity how this woman I hadn’t seen in twenty years had influenced my life.

Let me back up a little. I was a student at Wheaton College in 1989—an unhappy college student for whom grief had morphed into a chip on my shoulder the size of Gibraltar. Part of my deficient attitude was related to my MK-ness and part of it, the greater part, was the stranglehold my own victimhood had on me. At the time, I hadn’t acknowledged or dealt with it, but it still motivated a self-destructive mindset and fueled a self-imposed seclusion I blamed on others.

I got through college in three and a half years. You couldn’t have paid me enough to stick it out for another semester! And it was toward the beginning of my junior year that I realized that I’d taken not one of the three Physical Education classes required for graduation. Argh. I wasn’t about to squeeze myself, bratwurst-style, into a bathing suit, and there was “no way in Wheaton” anyone was going to force me into an activity that would actually cause me to get in shape. Because shape = sweat. And I’m not a fan of the latter. So I scoured the course catalog for a suitable selection of unwanted classes and came up with this: Nutrition, Bowling, and Self-Defense. My first self-defense class was daunting, but also a little fascinating, mostly because of the cement-meets-cinnamon-roll personality of my instructor—a single woman “of a certain age” who managed the impossible combination of warmth and rigor, and who decked out football-type guys in protective gear, then instructed us to “hit them where it hurts” while screaming like baby pigs.
But she also prefaced each class with real-life stories of angels guarding us and laced into her instruction her ironclad certainty that women are valuable in God’s eyes and that resisting assault was what He wanted from us.

When I met Miss Scribner again that night in 2010, I knew I wouldn’t be able to reveal to her the full scope of her influence on my life without losing my composure, so I promised to write her a note and explain myself more fully. I guess this is my note… 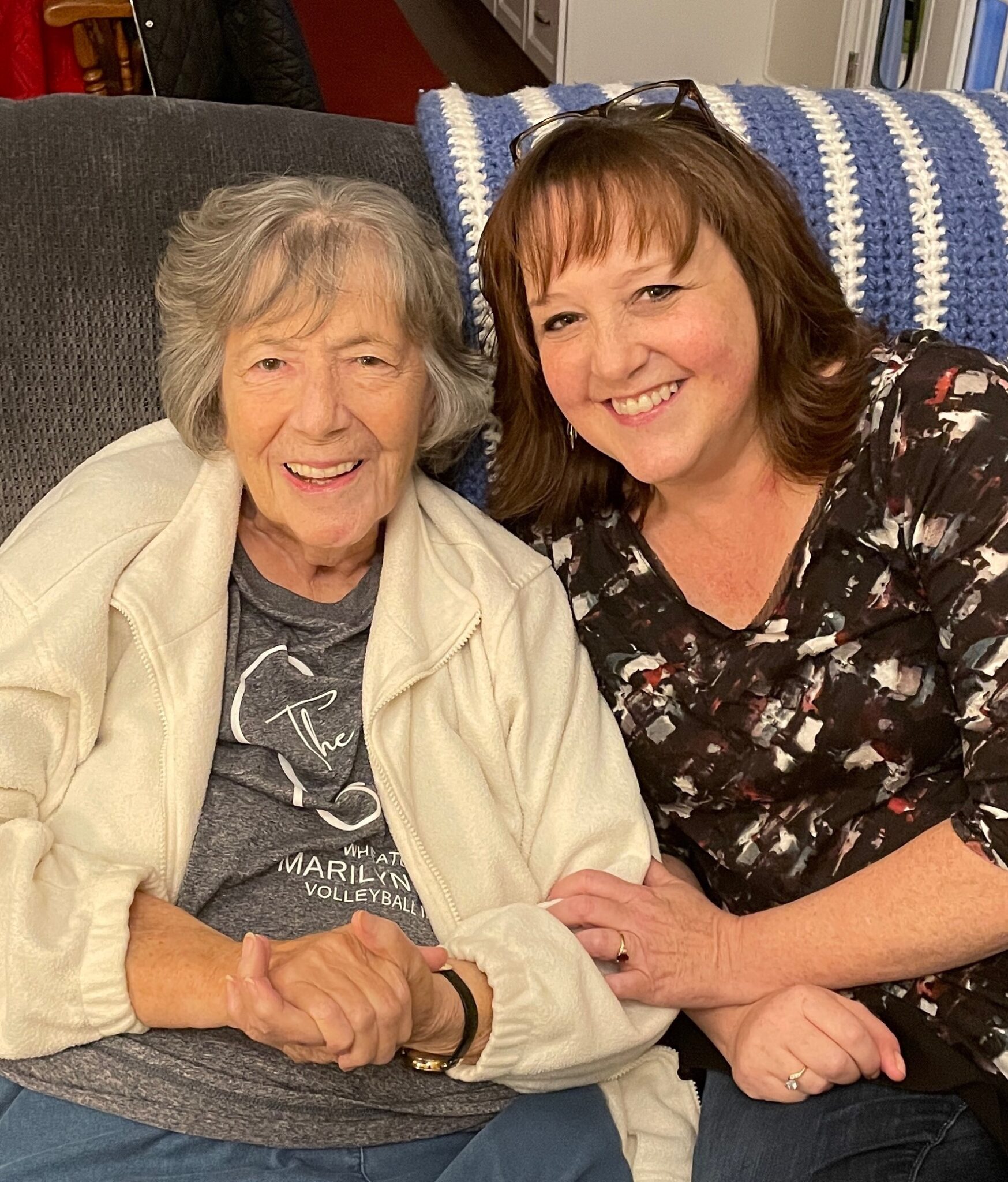 As many of you know, I am the survivor of multiple forms of abuse. But I grew up a shy little girl who believed that grown-ups could never wrong and that talking about pain would only make things worse. Hence the basket case I was when I began college.

Miss Scribner’s self-defense syllabus didn’t list “life changing empowerment” as one of its goals, but it achieved it nonetheless, though it took me several more years to find the courage to live as she had urged me to. There were three basic tenets to her instruction, applicable to so, so many areas of our lives:

Jesus.
I vividly remember the day we talked about strategies to employ if we were facing imminent attack. The first line of defense? Scream the name of Jesus. I can’t remember now what the statistics are, but the number of attackers who turn and run at the name of Jesus is staggering.
I’ve discovered since my college years that the assaults of fear, anguish, uncertainty, anger and despair can be combated in exactly the same way. In whispering or screaming and wailing “Jesus.” I’ve done so while lying in bed in the middle of the night, hours after discovering that I had breast cancer. I’ve done so when some of my closest friends have died or gone through unimaginable trauma. Saying the name of Jesus never altered the circumstances—but it altered the focus of my soul and softened the sharp edges of the emotions gripping my heart. What power there is in that name.

Angels.
Miss Scribner began each class by reading stories of people trapped in hopeless circumstances who saw and experienced God’s presence through angels He sent to protect them. Lesson: we are never, ever alone. Sometimes, He sends angels to guard us. Sometimes He wraps us in His peace despite untenable circumstances. Sometimes He whispers portions of His Word to us when nothing else can reach into our grief. Sometimes He sends people—flesh and blood envoys who knowingly or unknowingly speak peace and healing to us. God is there, His courage and power ours to borrow when human strength and perspective deem a situation lost.
Miss Scribner’s purpose wasn’t just to prove that angels exist in many forms, it was to train us to look for them in our darkest hour. I still do that today—that’s how I recognized her on that evening in Wheaton a decade ago… 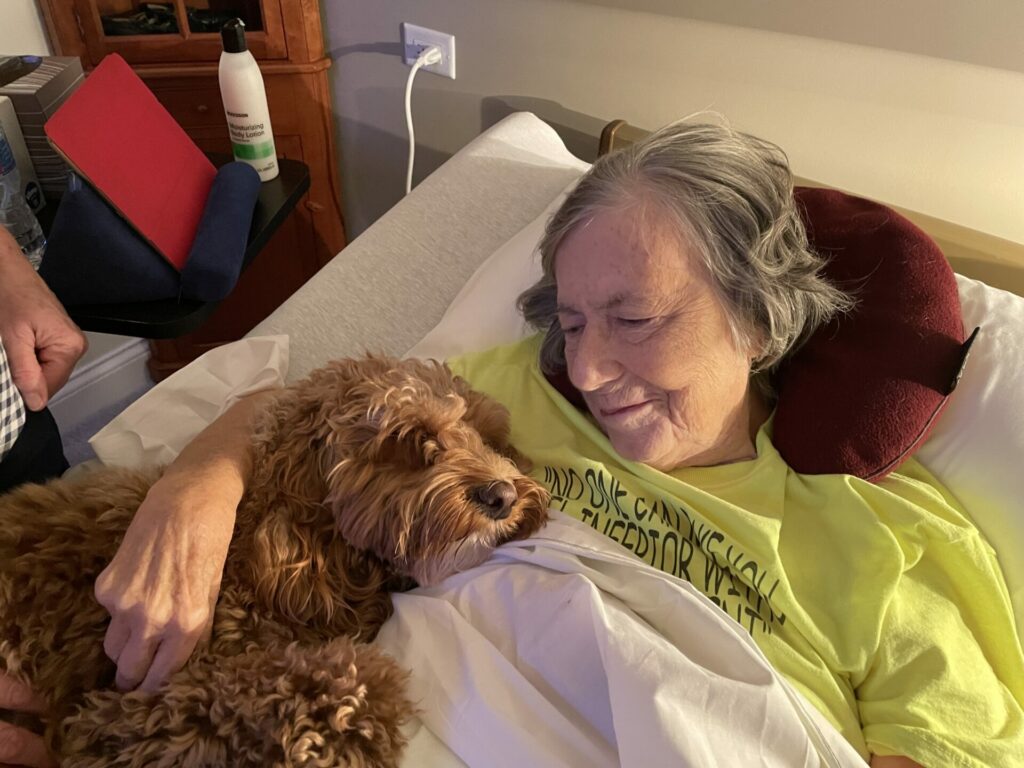 Fortitude.
The most life-changing moment of my adult life came about 3 years after Miss Scribner’s class, when I finally found the courage to stand up to one of my abusers, to dare to challenge, to dare to denounce, to dare to protect. In that case, it was another potential victim I was “saving,” but it was a turning point. Because I realized that by standing up and resisting, by pointing my finger and naming the sin, I had stopped that aggressor in his tracks. And if I’d had the courage to do so for this other wounded creature, I might even find the courage to do it for myself…

It took Miss Scribner’s empowering words to get through to me. And it took loving myself as God loves me and finally believing that resistance is what my Savior wanted from me. What a different person I would be if I could remember daily to counteract every attack, large or small, with seeking God’s presence in the midst of it, saying the name of Jesus, and claiming the fortitude to stand up and fight. 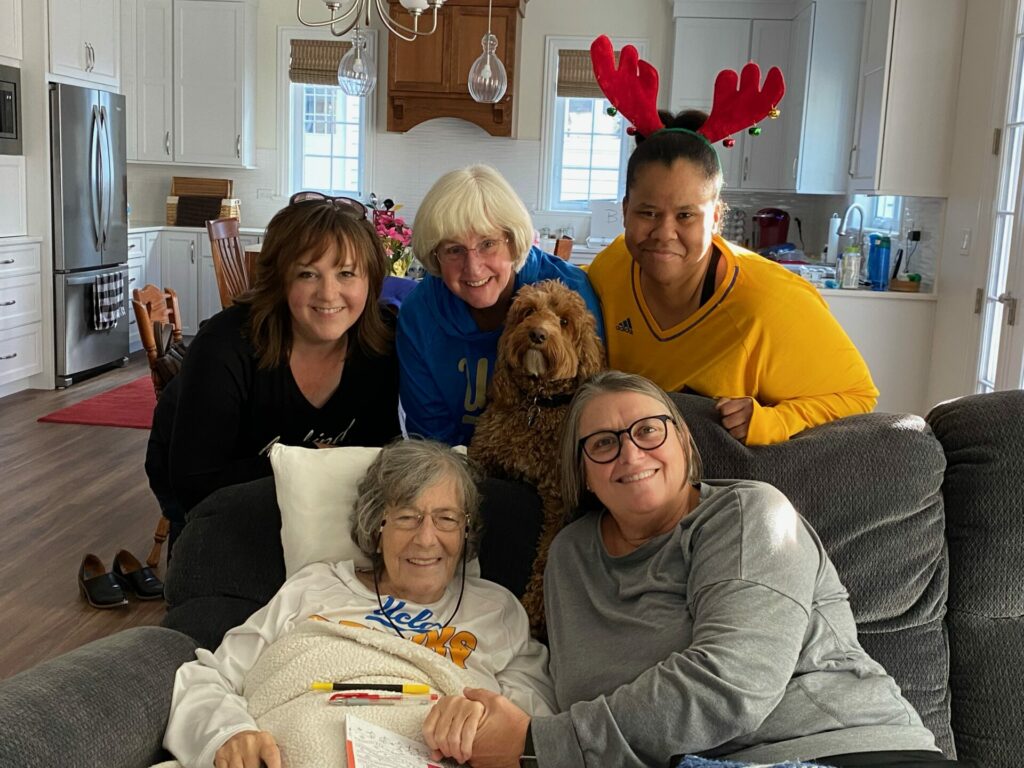 The friendship that began eleven years ago grew and strengthened and, over the past few months, I’ve had the blessed privilege of being with Marilyn and her lifelong friend, Marcia, as she has approached the end of her battle against age and illness. Until the moment she lost her words, she never lost her humor or her beautiful ability to introduce caregivers, nurses and paramedical staff to the very Jesus who carried her across heaven’s threshold. Her “zingers” were fierce until the end. Her faith and hope were even fiercer, imbuing her final days—despite pain and confusion—with the certainty that she was going Home. (I think she lived by the abiding hope that “Home” would be built of maple donuts and populated with puppies called Bella.)

Watching Marcia love her dear friend in those final days was a lesson in compassion, sacrificial commitment and gentle strength. I have never witnessed a more beautiful example of enduring friendship. Nor a more powerful embodiment of love. 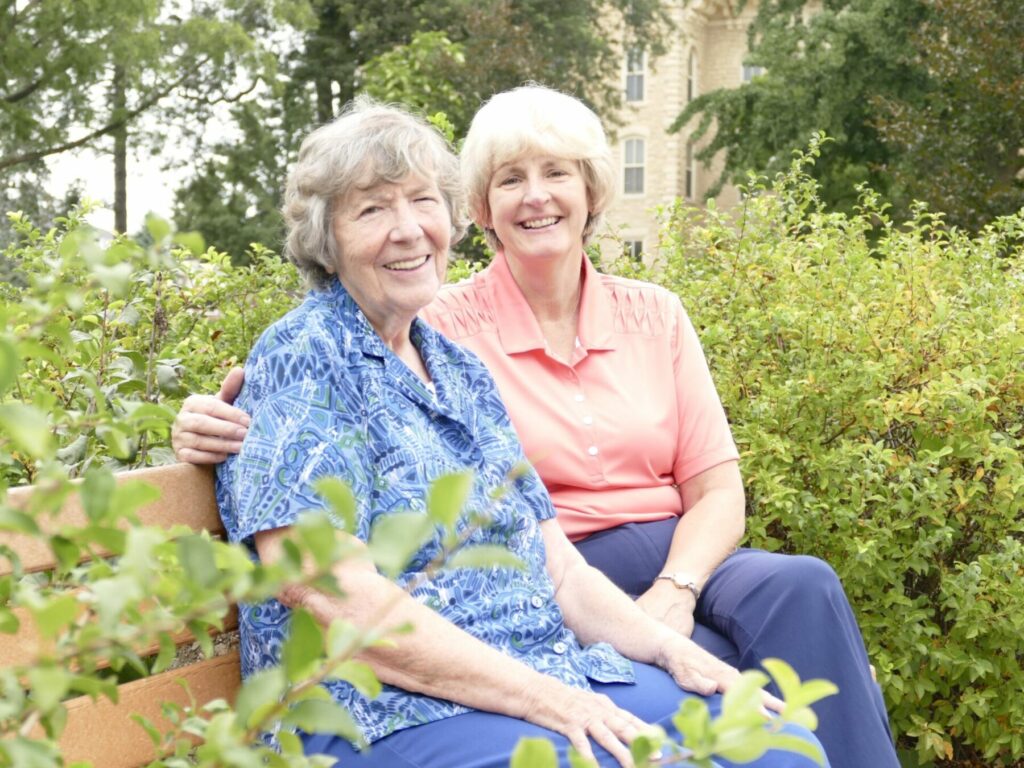 Back in 1989, our final assignment was to break a one-inch board with a bare-handed karate chop. Miss Scribner signed the board and sent it home with me after I broke it. I still have it. And I’ve sometimes brought it out of its storage box to prove to teenage boys that messing with Miss Phi could have disastrous consequences.

But that broken board is more to me than a testament to the physical and mental strength it took to split it. It represents Marilyn Scribner. It represents “Jesus, angels and fortitude.” And it reminds me that in my darkest moment, when life was a painful chapter I longed to escape, God spoke, empowered and healed through an angel called Marilyn Scribner.

Marilyn celebrating a Cubs win a few years ago. (This practice of tooting her horn for wins was particularly confusing to her neighbors when she was watching on her DVR hours after the game was over!)

Marilyn in June 2020, thanking her friends for the drive-by parade we had for her birthday.

Church friends caroling for Marilyn just one week ago.

Thank you for visiting!