DEMONS IN THEIR SUITCASES – MKs and the Occult

There were ghouls, witches and zombies wandering around my neighborhood in October. Some wore pink sneakers under their torn bed sheets. Others had lollipop smudges on their chins. All held bags and baskets at arms’ length, hoping their harmless evilness would score them extra loot.

But there is nothing harmless about true evil.

Neither in the orange-decorated cul-de-sacs of the Chicago suburbs nor in the remote villages of Africa, Asia or South America. Though we expect witch doctors and magic spells to be rarer in the western world than in primitive cultures, I can vouch from growing up in France and living in Germany and the States that mediums, curses and dangerous experimentation with the spirit world are alive and well in countries that consider themselves modern and sophisticated.

I’ve also been involved in MK ministry long enough to know for a fact that a good number (a majority?) of missionaries’ kids have been exposed to something satanic at some point in their overseas lives. The screaming voices that follow a knock on the door in the middle of the night. The chanting of satanic rituals taking place just down the road. The atrocities committed to appease vindictive gods. All within eyesight and earshot of young souls. All with the potential to dig deep into their subconsciouses and anchor there with dark fears and profound disquiet.

Some MKs carry their brushes with the occult inside them, finding their faith, their emotional stability, their relational abilities and mental health weakened or entrapped by the unseen forces of their past.

Brette writes:  While I was living in Bali, Indonesia, we were told to be careful of anything we might buy or acquire that could have demonic attachments to them. I knew enough not to buy any amulets or anything that might have had blessings or curses done to them. But before I left the country, I bought a handmade wooden puppet, a big part of the Balinese culture. When I got back to Texas, however, I was having very disturbing dreams about people I knew in Indonesia and demonic presences. I was also experiencing a “teasing spirit” that would do things like turn the lights on or off in my house, or open doors I had closed. I told my parents about it, and we all prayed that we would find what was causing this. We all felt that my puppet had some sort of attachment to it.  We burned it in our backyard and I instantly stopped having nightmares and the “teasing spirit” stopped.

Another MK I’ll call Jenny went on a six-week mission trip to a remote part of Africa when she was seventeen.  It wasn’t long before she started hearing stories about the village’s witch doctor, a man whose powers were strong enough to force his “subjects” to kill their own mothers. Jenny eventually ran into him, and she describes making eye-contact with him as “staring into the face of evil.”
When she returned to the States, all was not well.

Despite an active faith, Jenny found herself crippled by months of severe depression and an overwhelming desire to end her own life.

Her nights were plagued with vivid dreams in which evil (in multiple forms) assaulted her subconscious. She simply could not extricate herself from the grip of that witch doctor’s power.
Even in the relatively safe context of Kandern, Germany, some of my former students witnessed witchcraft taking place in firelit rituals in the forests after dark and watched the entire Black Forest area observing Fasching—a cultural celebration of immoral behavior that ends with the symbolic casting of demons into the sky.
Just how deeply can believers be affected by contact with the occult? To the uninitiated, what Brette and Jenny endured might look like possession—the type of demonic control trivialized in movies and insipid television shows. But most theologians argue that believers cannot be possessed. That which God has filled cannot be emptied out and refilled by the forces of evil, no matter how powerful they are. But Christians can be oppressed. They can be lied to, pummeled, teased and tormented by envoys of the prince of darkness. (Please see bibliography below for more ample biblical explanations.)

Mark Anderson, a former missionary to France whose Wheaton-based ministry now centers around spiritual warfare, has experienced sights and sounds most of us would dismiss as Hollywoodian fare. He has seen objects move through space, heard demonic voices erupt from unconscious victims and witnessed cursed wooden objects like Brette’s puppet refusing to burn even when repeatedly doused with gasoline. He has personally battled the evil attacking MKs who carried more than great memories back from the mission field with them.

Spiritual warfare is not a theoretical debate between religious points of view.

It may be abstract, but it is very real, and the devil’s purpose is to dig his “claws” so deeply into our mental, relational, physical and spiritual lives that we cannot extricate ourselves from his grip.
Contrary to what we’re told on little and big screens, there is no such thing as “casual” contact with the occult, yet we blithely invite it into our daily lives, thus exposing our vulnerabilities to its parasitic intentions. Whether it be tantalizing, terrifying or entertaining, any contact with witchcraft, Satanism and other forces of evil puts Christians at risk. The oppression process will look different depending on the strategy that particular spirit employs and the weakness it senses in its victim.
The spirit may begin by warping and deconstructing us to such a degree that we become incapable of fighting back by the time we realize what’s happened. It may lure us with lies, entice us so deeply into sin that we can’t see our way back out, then blast us with paralyzing guilt. It may tempt us with objects, like Brette’s wooden puppet, that are imbued with dark powers. It will blind us to their influence while it takes over our ability to resist impulses, robs us of health and sanity, or alienates us from all that is good and satisfying. It can cause unbearable emotional turmoil, perversions of the mind, physical ailments and unexplainable violent/irrational reactions.

In order to make discernment even more difficult, evil will often bind itself to other “human conditions” and remain undetected as the source of the affliction. It may see mental illness as an entrance point and use that disguise to sow destruction. It may discover a natural weakness like sexual desire and balloon that into something irresistible and damaging. It may find fertile soil in unbridled ambition, anger or pride.

Whatever the weakness we expose, evil will exploit.

But it is too insidious to identify itself with a pitchfork and horns. It will lie just beneath the surface of our ability to see it, thus adding self-loathing and society’s judgment to its already crippling power.
In a CSI-saturated world, we’re all looking for the easy Q-tip test that will determine the nature of whatever afflicts us. Add a chemical solution and if it turns pink, it’s mental illness. If it turns yellow, it’s hormonal imbalance. If it turns green, it’s criminal and if it’s black, it’s satanic.
But there is no such test. Though so many mental illnesses are biological or psychiatric, some are directly linked to spiritual oppression. Though many violent criminals can trace their behavior back to victimization and desensitization, some are acting out under demonic possession. Though sexual perversion can often be traced to media’s influence and the dehumanization of women, it can also be linked to occultic control.

I’m delving into this difficult topic because of the number of emails I’ve received from MKs who have expressed their fear that demons may be attacking them—and their urgent need to know more about a subject that is sadly too taboo.

Though their lives have been steeped in the spiritual, they feel resourceless in their battle, afraid to utter their suspicions and unable to help themselves. Some of them are mired in untenable anxiety and sleeplessness. Others are incapable of cutting their ties to the past and living in the present. Yet others find themselves sabotaging every good thing in their lives, harming others and themselves, or plagued by irrational fury they can’t control.  It’s for them that I’ve embarked on my own journey of discovery and for their sake that I’m writing on a topic so few wish to address.
So…

How can MKs discern whether they’re being oppressed?

What can MKs do if they believe they’re being oppressed?

And once it’s over, it’s over?
Not exactly. The process of freeing ourselves from the grip of evil is not a one-time vaccination followed by happy-ever-after. Do not be surprised if you need to battle again and again. The devil will not give up easily if he’s already had access. He’ll try new strategies when the old ones fail. He’ll attempt to alienate you from those who are forces for good in your life and from the habits that keep you intimately connected to your Savior. Never assume the battle is over, but live with the hope and certainty that God is triumphant. And He is!

How can MKs make themselves less appealing targets for the forces of evil?

One night while I was sleeping, I was woken suddenly by an unexplained feeling. Everyone else was still asleep. I could hear Bapek (the Hindu dad in the family) snoring in the next room. As I lay there motionless, I opened my eyes and felt like I was being watched. My eyes were drawn to one of the rafters above us. There, perched like an animal, but shaped like a human, was the outline of something I can only be sure was a demon. The best way I can describe it, was by its darkness. It was pitch black in the house, but I could see the creature perfectly because its darkness was so much stronger, so much darker, that it was easy to distinguish. This happened after we had been able to share the gospel in the village, and were teaching a friend how to read English out of our Bible. I felt so strongly that this presence was saying “This is MY domain, you have no place here,” that all I could do was pray. I never saw it again after I prayed that night.

If you’re an MK and you’d like to share how you’ve been exposed to spiritual warfare and/or how you’ve freed yourself from its grip, please do so in the comments space below so people reading this will know they’re not alone. If you suspect you’re under attack, please seek help immediately. If you don’t know anyone you’d trust with this, write to me and I’ll see if I can connect you with someone I know in your part of the world. This battle is not lost.  God’s Word proves it:

For I am convinced that neither death nor life, neither angels nor demons… nor any powers…will be able to separate us from the love of God that is in Christ Jesus our Lord.  (Romans 8:38, 39)

A NOTE FOR MISSIONARY PARENTS: 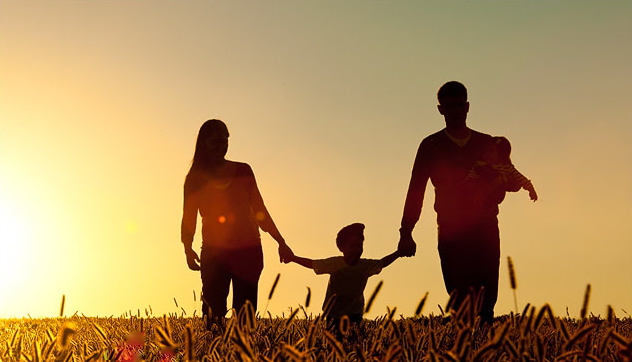 Raising your children in ministry without addressing spiritual warfare is like taking them on a motocross course without a helmet and protective gear. Your stature as Christian missionaries in foreign lands makes your family an obvious strategic target for the forces of evil. Don’t be so naïve as to think that “good Christian kids” are out of his reach. Be proactive in protecting your children.

I am grateful to Mark Anderson, Brette and the Robinsons for their invaluable contribution to this article.  Thank you for your clear-eyed knowledge on this critical topic.