FIVE Cs THAT EXPLAIN MKs: Help for Those Who Love us

Defining what it means to be an MK ranks right up there with summarizing the plot of Inception or The Matrix. We’re not just Rubik’s Cubes. We’re Rubik’s Cubes whose facets are made of multicultural experiences mixed with universal milestones and tinged with spiritual overtones.

In other words, we’re confusing to ourselves and to others!

In the interest of helping those who love us to untangle our complexity, I offer you a five-point definition of what it is to be an MK. This is by any measurement an incomplete picture—and traits will occur to various degrees depending on personality, age and type of cross-cultural experience. But I hope it’s a good start for those trying to figure us out!

From the outside looking in, we’re a head-scratching collection of contradictions. One minute we seem qualified to run a small country and the next we’re having a panic attack trying to place an order at Chipotle!

We have a visceral understanding of world events and geography
–> but we may not be able to tell you whether DC is a state.

We may easily connect with people from other cultures
–> but we may not know anything about the Kardashians or Duck Dynasty.

Some of us can have philosophical conversations in three different languages, but…

It can lead to what I call Schizophrenic Self-Esteem. One minute we feel confident and proud of what we bring to society, and the next we’re wailing, “Why at my age can’t I figure out how to use this ATM?!”

When adults from Planet Blue move to Planet Red, then end up like mixed beads: the differences blended together but still distinguishable.

When children from Planet Blue grow up in Planet Red, they end up like red and blue Play-Doh in the hands of a four-year old: purple—their blue and red combined into an inextricable “other” that is hard to understand.

So when you see us being “weird,” there’s a chance we’re actually just being our complex (ie. confused) selves!

Some of us will:

It’s not that we’re trying to be different—we’re simply being another culture’s definition of “normal.”

In many respects, we are Hidden Immigrants: we may look, act, talk and dress like we’re from right down the street, but internally we identify with other places.

But it goes beyond behavioral differences. From our time in other cultures, some of us may have “absorbed” different attitudes about modesty, morality, theology, gender roles and authority.

Examples: Women who come from countries where the female body isn’t taboo won’t think twice about wearing a low-cut shirt to church. MKs who have grown up in cultures where drinking alcohol is as normal as drinking Coke won’t hesitate to drive down the road holding an open can of beer. They don’t realize things are different here.

So I encourage those who know MKs to ask questions before coming to conclusions about our character and respectability when they see us doing things differently. Then to let us in on the standards of this culture!

This goes beyond having a minor stroke when trying to decide who to cheer for during the Olympics and the World Cup.

Many of us find it nearly impossible to make sense of all we’ve known and experienced. We’ve been gifted with so much good, growing up as MKs. What we’ve accomplished and witnessed, what we’ve learned and assimilated, what we’ve enjoyed and evaluated.

We wouldn’t trade it for the world.

But for many of us there have been hard things to get through too. Some of us have seen famine, had friends killed by disease, lived in fear of violent attacks and felt powerless in the face of unimaginable need.

Yet we wouldn’t trade it for the world.

Some of us have had to deal with separation, abuse, neglect, heightened expectations, alienation, anxiety, hard goodbyes and impossible transitions.

Yet we wouldn’t trade it for the world

Granted, that last list seems certainly far from exotic. Young people the world over may struggle with abuse, neglect, alienation and depression. What makes these more significant in the lives of MKs is that every hardship we’ve had to face can be traced back to God.

The trauma we’ve known—the buck—stops with God, because our lives have been shaped by his call on our parents. So for the spiritually conflicted MK, the litany of accusation starts with a God-centered “why.”

I’ve seen it so often—I’ve experienced it myself:

The pain of a life devoted to ministry can taint our view of God. Though it often deepens our faith, it can also weaken and destroy it.

There is a common assumption that MKs are spiritual giants, yet that is sadly not always the truth. If we’re given the understanding, time and support we need, however, we will be more likely to unravel the conflicts in our minds and find Jesus waiting in a place called Healing.

I’ve written more extensively about this in MKs and Relationships. But if we’re defining MKs, we need to address this trait:

We’re compressed in the way we manage relationships.

It comes from the high mobility of life on the mission field and the number of losses we experience from a young age. Either we’re constantly in motion or the world around us is constantly in motion. So we know that we don’t have the luxury of time. If we see someone who looks like friend-material, we dive in fast. 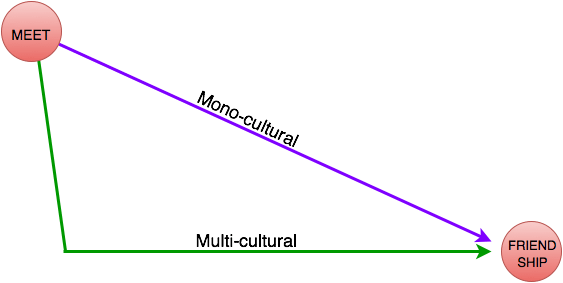 To the onlooker familiar with a more slow-paced entrance into relationship, we’re going to appear intense and hurried! To us, the traditional, progressive development of friendship is going to feel shallow and long-winded. That’s a huge hurdle of misperception!

In the MKs’ hurry to “get to true friendship,” we might be dismissing those who don’t dive as fast as we do…and they might be exactly the friends we’re looking for.

So if you see an MK burning through new friendships at warp speed, you might need to remind us that things are done differently in mono-cultural settings and that we’d be better served to slow it down and give relationships time to prove themselves.

Our geographical allegiance is fervent but broad.
That can be hard for friends who have only ever belonged to one culture to understand. We watch the news with knowing eyes, subconsciously scanning footage of places we’ve called home for familiar faces and feeling unrest and blights in a visceral, sometimes over-invested way.

The intensity of our love for foreign lands is inflamed by the longing of elapsed time and distance.

Though many of us develop an authentic attachment to our passport culture, we can’t fathom making it the center of our identity. Our international years predicate our worldview, no matter how constricted our geography might become later in life. This hesitation to entirely “buy in” can lead us to shirk putting down deep roots and avoid positions associated with purely national concerns.

Our cultural palette is so panoramic that mono-national belonging feels like betrayal.

It’s not that we don’t love our passport culture. (We can be comprehensive in our allegiances and include it in the mix!) It’s that we love others too—and the depth of our missing them can make foreign places feel more heart-connected than our current location.

Our multi-cultural, confusing, challenging and life-enhancing backgrounds are not boulders we drag around behind us. They can give us the ability to expand viewpoints, introduce innovation, and build bridges between clusters of sameness to diversify subcultures.

If we can work through the contradictions, complexity and conflicts of growing up as we have—if we can harness the advantages and disarm the hazards—we can bring valuable MK-assets into our adult lives.

But as we tackle the hard stuff, celebrate the great stuff and repurpose the “MK stuff” to better serve our world, we might need the help and patience of those who love us despite our differences.

My hope is that these “five Cs” will help to explain us in a small way.