(See the end of the post for news on Brian’s disappearance.)
I’ve been home-shopping.  Not apartment-shopping.  Home-shopping.  As in “I own this place.”  After 19 years throwing money out the window every month by renting an apartment in Germany, I figure now is as good a time as any to convert my lifelong savings (gulp) into a down-payment and buy myself a little piece of Wheaton—in condo form.  With exorbitant rent rates in this area, it’s really the only logical choice… 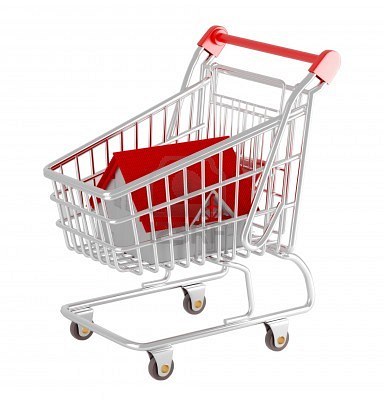 I’d be lying if I said I haven’t lost any sleep over it.  The MK in me panics at the concept of so much indebted stability.  The spendthrift in me worries about investing so much in a market that is still unstable.  And the single-girl in me wonders what I’ll do with my square-feet of suburban real estate when George decides to marry me and move me to his mansion in Italy.  (See video below for my “Stalking George Clooney” trip to Lake Como last summer.)

Making the whole process a lot less daunting is an angel masquerading as a real-estate agent named Sharon.  She has guided my search with expertise and kindness, and has never, to my knowledge, rolled her eyes at my indecisiveness.  Not so much indecisiveness as standards, I like to tell myself.  The kind my mom would qualify as “champagne taste on a beer budget.”  You see, the gulf between my wish list and my wealth is about as minor as the Grand Canyon.  And my homeowner aspirations are about as modest as Oprah’s shoe closet.  Oh, I’m not looking to buy the Taj Mahal.  But I’d really like to purchase something that meets my needs without requiring that I hire local inmates to serve their community service hours rehabbing my diamond-in-the-rough. 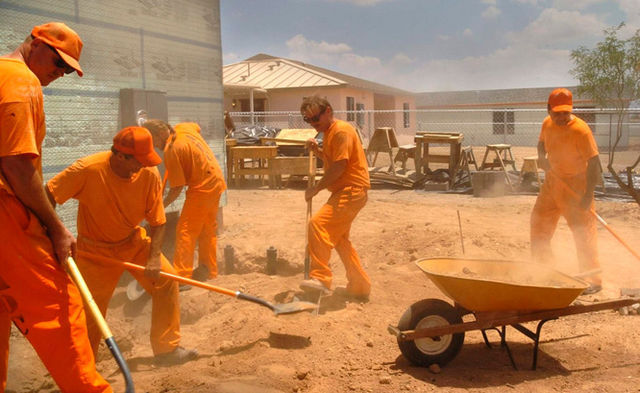 At present, I have visited every last condo in my price range in Wheaton and Winfield, plus a few in surrounding towns.  And though I dream of entering a place and having the kind of “Aha” moment that would make the Second Coming look like a blip in eternity’s timeline, I’m afraid it isn’t in the cards for me.
Still, as I consider printing up a bunch of “I’m a nice girl wanting to live in your neighborhood…care to sell?” pamphlets and dropping them in mailboxes, I also find myself clinging white-knuckled to those “extras” that are far from necessary for existence in this culture.  Do I need 1 1/2 baths?  No.  I’ve survived with only one for 21 years.  Do I need an office?  Of course not.  I’ve been sitting on my couch with my laptop for over two decades.  Do I need a convection oven?  Uh.  Yes.  This is where Sharon would say, in jest, “The day we find a condo with a convection oven, we’re buying it on the spot—even if it’s rat-infested and full of black mold!”  I don’t really NEED one.  And living in Germany, I never HAD one.  [Insert whiny voice]  It’s just that… 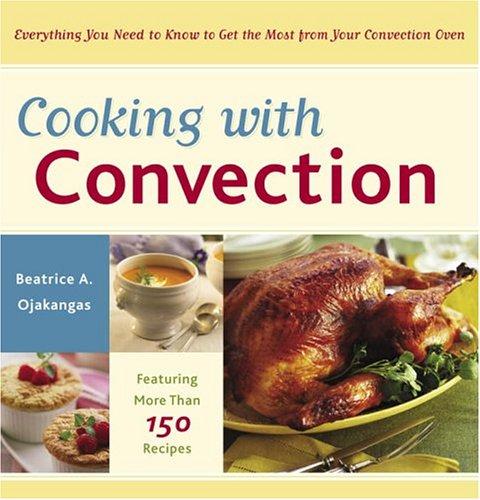 I was locked in I-will-not-concede mode last week when I drove to a friend’s house for dinner.  I pulled into the parking lot outside her apartment and saw what looked like a mountain of debris piled five feet high on the asphalt outside the building.  A man sat on an upside-down paint bucket in the middle of the mess, pulling items out of the box at his feet, while two children rummaged through the mounds of detritus around him.  Vira explained to me that the gentleman had been evicted that day.  Earlier in the afternoon, a crew of four men had used a master key to enter his apartment and had thrown every last item that belonged to him into the parking lot.  The police had given him until 6 pm to load what he wanted to save into his car and leave. 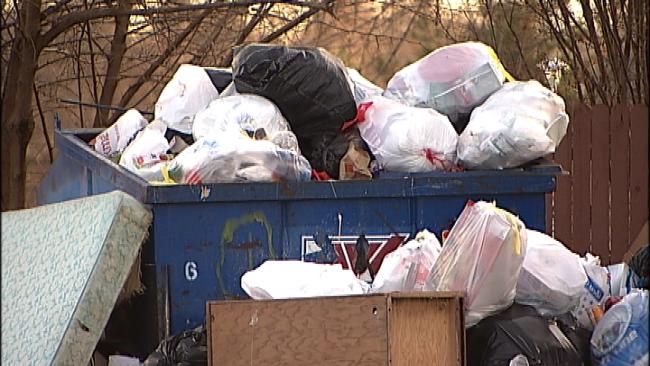 When we returned from dinner a couple hours later, the man was still there.  The doors of his car were open, and the belongings he’d retrieved from the pile were crowded into the trunk and back seat.  What remained on the asphalt, he simply could not keep.  A dump truck would remove it in the morning.  This man was officially homeless, with no one around to take him in.  His entire world was wedged between the floor and ceiling of his rusty old car. 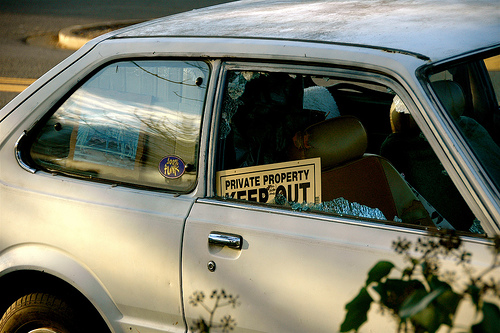 I had a fairly major attack of the conscience as I drove home that night.  How could I be so fixated on baths and ovens when others like this man can neither rent nor buy?  I spent 18 of my 19 years in Germany in a small, one-bedroom apartment with windows that served as wind-tunnels (when closed!) and threadbare carpeting that hadn’t been changed in 25 years.  There was mold in most corners and buckled, gouged linoleum where the carpet ended.  And I was happy.  Blissfully so. 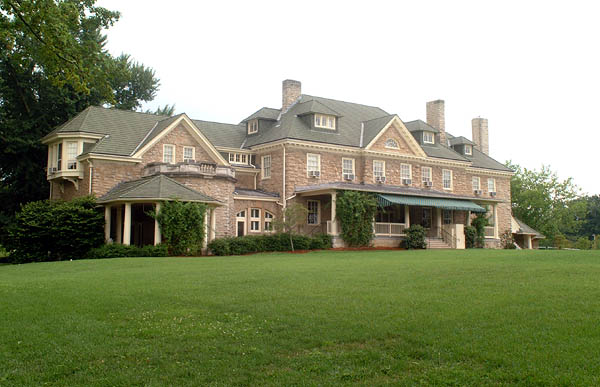 I think I may have caught a touch of materialism as I moved from a missionary community to the Chicago suburbs.  If only subconsciously, my change of location made me less okay with the make-do attitude that for so many years, and without flinching, offered a fold-out couch in the living room to my guests and an extra blanket for those closed-windows drafts.
I am so thankful for the parking lot wakeup call.  I don’t want to embrace the upwardly-mobile philosophy of western culture to the detriment of a presently-grateful attitude.  There are blessings crammed into my life as tightly as the homeless man’s belongings in his car.  I don’t need much more than those.  I have preached gratefulness to my students all my adult life, but in the process of house-shopping, I may have lost sight of that True North. 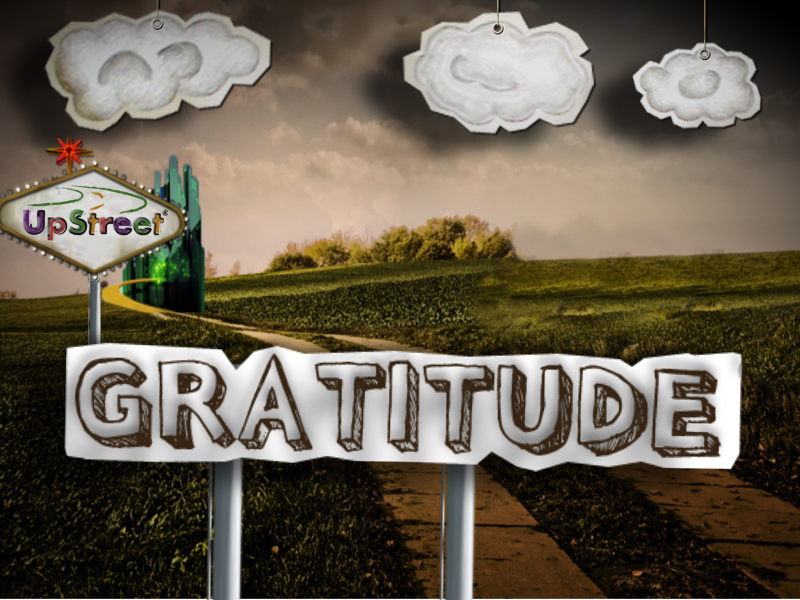 So this is me making the conscious choice to return to the mindset that saw me through health crises, losses and traumas.  Surely it will see me through this home-hunting too!  And if it alters the way I search, all the better.  I’d rather be grateful in grandma’s floral wallpaper than comfortable in Pottery Barn’s finest.

On February 13th, a dear former student by the name of Brian Shipley disappeared from Newton, PA after leaving an alarming note on Facebook.  Police were immediately alerted and a massive search was launched.  As you can imagine, in a community as tight-knit as Black Forest Academy, the news of Brian’s disappearance caused ripple effects of shock and concern.  One of his friends asked me to put together a short video to let Brian know that he is loved and cared for…and to invite him home.  It’s below.  A love like these students have demonstrated for their comrade is both moving and powerful.  I wanted you to see it here in the hope that it will prompt you to pray for this special young man.