‘Tis the season to be jolly.  No argument there.  Except perhaps if you’re a bus driver in downtown Chicago, in which case ‘tis the season to be sarcastic, grumbly and all around snarky.  ‘Tis also the season to send Christmas newsletters to the uninterested masses.  Assuming you live dead-center in the shopping, partying and ugly-sweatering flashmob that is Christmas in this culture, I’ve been very careful to remove any semblance of depth and meaning from this particular year-end wrap-up, lest it cause undue sobriety to your frenetic “jolly”! 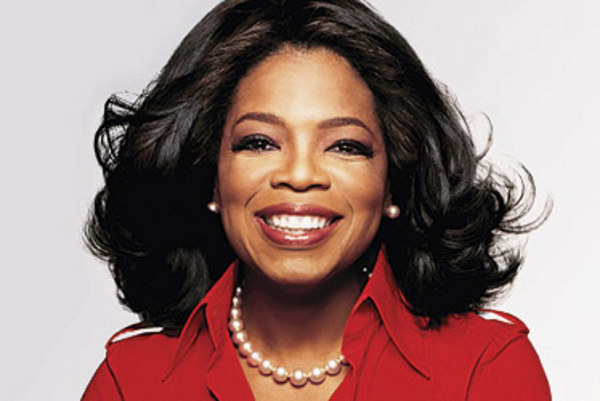 On the TWELFTH month before Christmas, the January lows brought news of cholesterol highs.  I set my mind to a fierce anti-fat fight, which lasted until I passed a defenseless piece of cheesecake.  I also discovered that Oprah and I share a birthday.  That’s great news for whoever was in Harpo Studio on the 29th, not so great for little old me sitting in Wheaton a scant 20 miles away.  “YOU get a car…YOU get a car…YOU get a car!!  Oh, and you over in Wheaton get that sad little piece of cheesecake.” 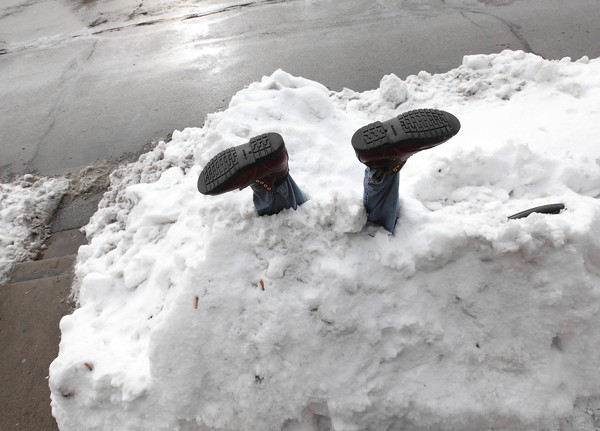 On the ELEVENTH month before Christmas, Snowmageddon reminded me that I was not in Kansas…er, Kandern…anymore.  I strapped on my $5.99 pair of Walmart snowboots and waded into the post-blizzard whitescape of cheerful neighbors and migrant workers sharing the burden of 22 inches of ill-fallen snow.  Hot cider, hearty hooplas and heavy hefting until sundown for all, with boomboxes blaring and high fives clapping.  Yup, not Kandern anymore.

On the TENTH month before Christmas, a trip to California made me eat my lifelong “why would anybody ever move to a place that could become a floating landberg at any moment” mantra.  I fell in love with the Eureka state.  As a sort of penance, I decided to give my up uterus for Lent.  Note to self: in the future, think through how to retrieve Lentified organs once Easter is over. 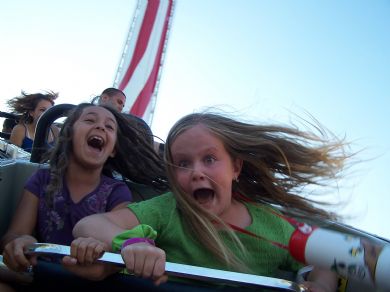 On the NINTH month before Christmas, surgery-schmurgery.  My oh-so-Phoenix determination to recover like no woman has ever recovered before found me standing in front of a roomful of people in Port Huron, Michigan, ten days after major surgery, clinging to the podium to stay upright and trying to convince myself that the constant swirling of the room was no more disquieting than, say, a pleasant Nyquil high.  Who was I kidding?  It was like proclaiming MK truths while hurtling through Space Mountain in an unhinged coaster-car…and enjoying a not-so-pleasant Nyquil high along the way. 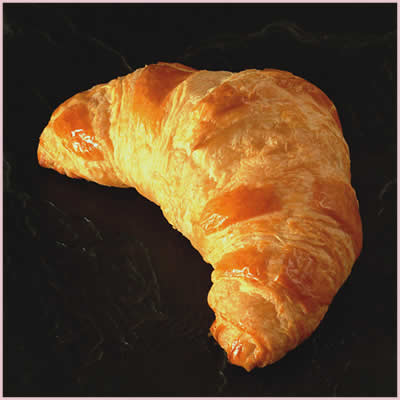 On the EIGHTH month before Christmas, it’s off to Europe I went, where I spent the first three days ingesting sixteen pastries.  Not kidding.  Might as well have rubbed them on my thighs in a circular motion.  (Thank you, Michelle Young, for that über-descriptive phrase.) 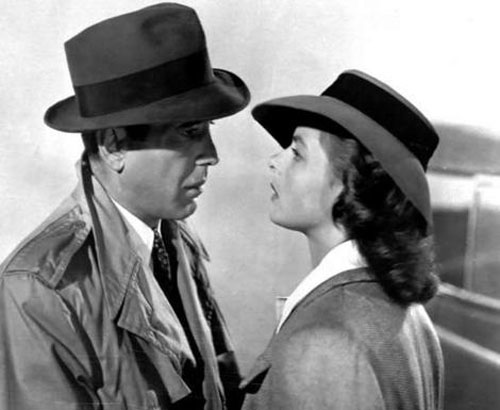 On the SEVENTH month before Christmas, I took the Trip of a Lifetime before packing up the Stuff of a Lifetime and officially making the Move of a Lifetime to the States.  Find George Clooney’s villa?  Check.  Witness my last BFA graduation?  Check.  Say goodbye to Swiss mountains, French hills and squeaky-clean German sidewalks?  Check.  As I walked to my plane on a rainy Tuesday morning, I heard Casablanca’s “We’ll always have Paris” playing in my mind.  Paris?  Not exactly.  And there’s really no “we” involved either.  But the phrase sounded just melodramatic enough for the occasion. 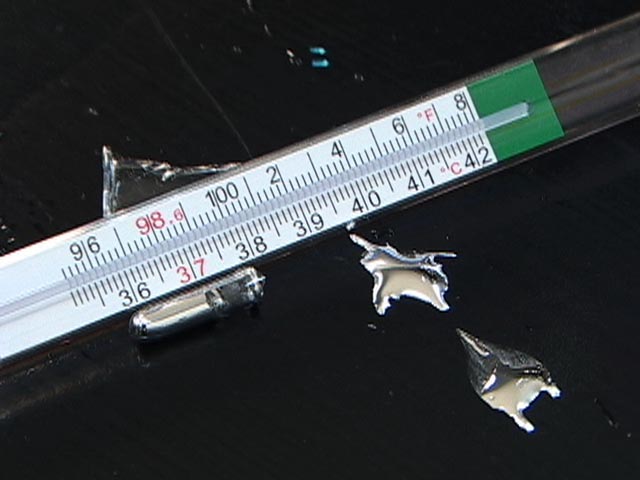 On the SIXTH month before Christmas, I told myself I’d survive the Illinois heat.  Then I lead a mission’s reentry seminar for four consecutive 95-degree days in an unventilated windowed room in which the A/C had gone out.  It’s not good to cuss in front of children.  Not even under your breath.

Still reading?  Then I’ll go on…

On the FIFTH month before Christmas, I saved my mom’s pet chipmunk from a lonely, watery death.  I’m still waiting for an invitation to the White House to honor my bravery, but Obama appears too busy with [insert Rush Limbaugh quip here] to recognize my devotion to scavenging rodents. 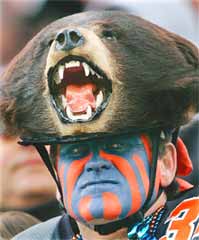 On the FOURTH month before Christmas, I was reintroduced to football by a pair of rabid fans.  Once I got over my “tight end” giggles and my regulation confusion, I sat back to be entertained by the high octane, body-slamming ferociousness…of Marilyn and Marcia’s spectatoring!  Game time?  Endless.  Jay Cutler?  Thumbless.  Eighty-something-year old Miss Scribner opening the back door at every touchdown to toot her horn at the neighbors?  Priceless.

On the THIRD month before Christmas, I sat in a darkened, tenth-floor apartment on Moody’s campus in Chicago and squinted into the hundreds of stacked homes I could see from my perch, feverishly wishing I had thought to bring binoculars.  Then I washed my mind out with soap, said three Hail Marys and vowed never ever to watch Rear Window again. 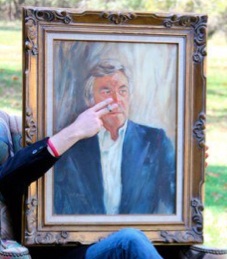 On the SECOND month before Christmas, I discovered that the portrait of a stranger purchased for $10 dollars from a flea market could become the focal point of an MK retreat.  Thanks to rampant imaginations, Humphrey Reginald Archibald Herbert Dalton Huffington Esquire ended the weekend with four ex-wives, a smoking habit and a home in my overstuffed storage room.  He’s the sole man in my life and he’s not getting away! 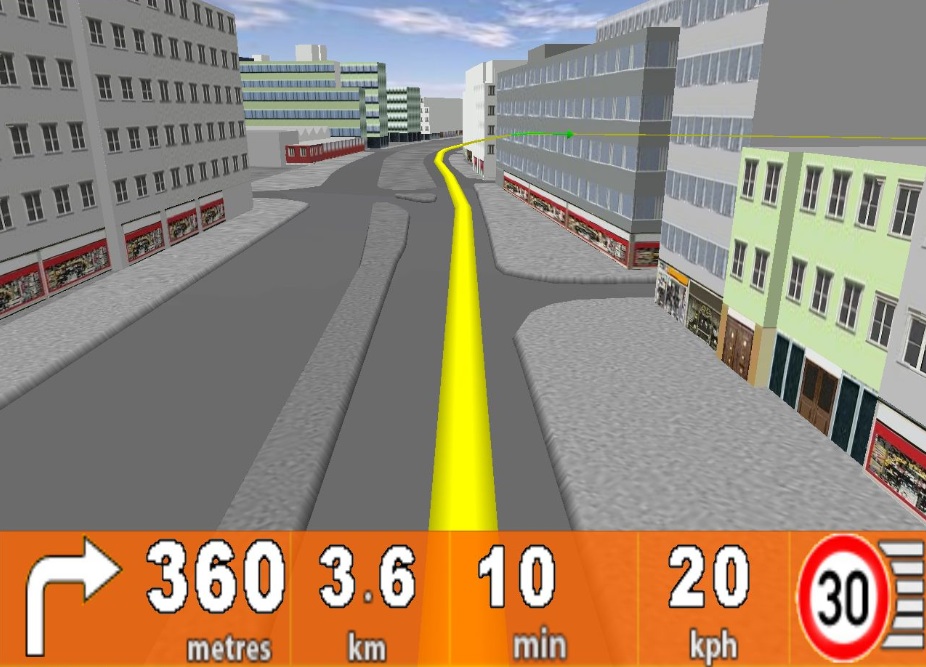 On the LAST month before Christmas, I looked back on the year and decided it had been good.  Different than I expected?  Yes.  But good.  To celebrate, I headed to Chicago for Moody’s Christmas concert with my mom.  We nearly missed it because an Australian man by the name of Gavin Patrick Studdebaker (aka. my GPS’s voice) steered us to a seedy segment of southside Chicago, across town from our actual destination.  I ranted and raved about the failures of technology, wrote a scathing Facebook status or two, and vowed to go back to using maps…then I discovered that my beloved but techno-challenged mother had entered the wrong address into Gavin Patrick’s very literal brain.  Sigh…

And thus, dear readers, ends my official Christmas newsletter.  The bad news is that most of you didn’t make it to the end.  The good news is that it will easily morph into a kick-patootie New Year’s resolution post: stay out of the heat, avoid extreme Lent giveaways, and call Jenny Craig.