SPEAK IT (Taking sexual abuse out of the closet)

“Although the world is full of suffering, it is also full of overcoming it.”  Helen Keller

I attended Wheaton Bible Church this morning, where Dr. Andrew Schmutzer continued a series on “Present help in present trouble.”  Today’s topic was sexual abuse—a daring and perhaps uncomfortable choice for a Sunday morning service.  There was a sense of wary anticipation as the Moody Bible Institute professor took the stage.  His first revelation was that he is the survivor of childhood sexual abuse.  His second revelation was that he is the child of missionaries, an MK from Africa.  I heard some surprised gasps from the rows around me and felt like turning around to say, “You have no idea.” 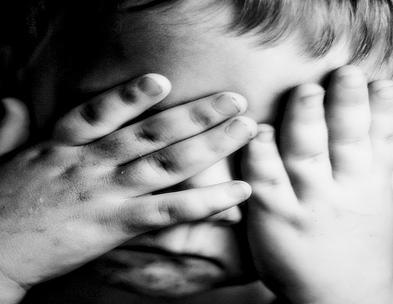 When the service ended with a plea to both the perpetrators and the victims to “speak it,” I knew I needed to come home, ignore the long to-do list that must be completed before I leave for Germany on Tuesday, and spend some time reflecting on this topic.  Does it fit in to my “Lies MKs Believe” series?  Not exactly.  But it may shed some light on a very real problem even in the missionary community.  Whether you are an MK (or deal with MKs) or not, it’s still a topic of vital importance.  If the subject makes you uncomfortable, I’d challenge you to ask yourself why.  And then I’d challenge you to read on. 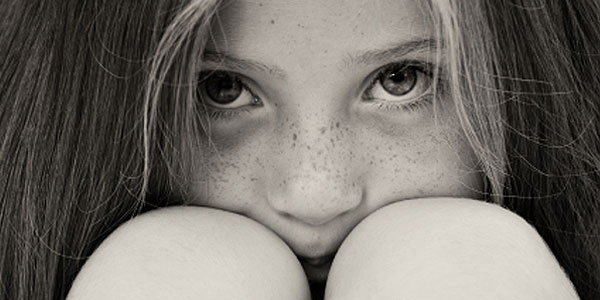 I must begin by doing exactly what I was instructed to do this morning.  “Speak it”—because once sexual abuse is spoken, others need not fear the shame of voicing it too.  I am the survivor of childhood sexual abuse.  I haven’t been shy about revealing it, but I haven’t overtly voiced it here.  The first assault came when I was just 4 or 5 years old and separated from my parents in a vast French supermarket.  I’d like to qualify the episode as “minor,” but there is no such thing as minor when innocence is being torn away.  The second assault came several years later, this time at the hands of a fellow MK.  I was maybe 9 or 10 at the time.  He was much older.  It was a carefully crafted and manipulative incident that appeared harmless until after it was over.  Add to that an abusive first “boyfriend,” repeated emotional assaults from several fronts on my young spirit and the dehumanization of women in general in the French culture, and I think I more than qualify as a Victim.  Just one “minor” attack on my innocence would have been sufficient. 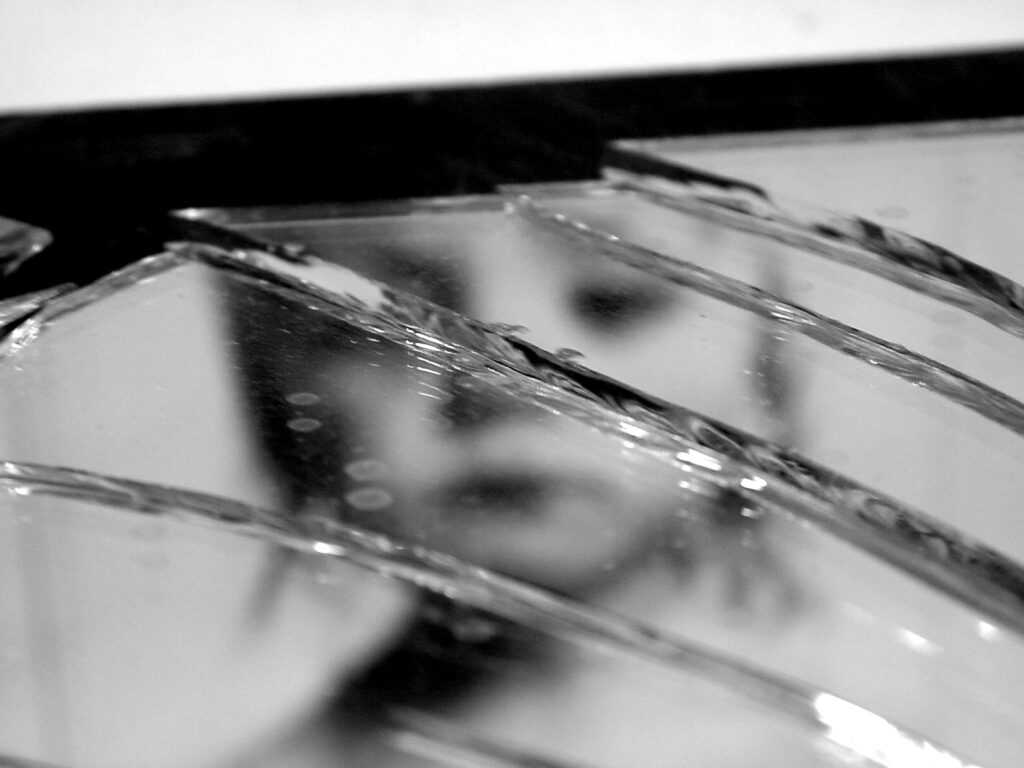 It wasn’t until my mid-twenties that I finally allowed myself to wade into the toxic waste of the emotional, relational and spiritual devastation those childhood events caused—twenty-some years marred by self-accusation, misplaced shame and silence.  Lest you think that mine is an unusual story in the MK universe, you should be aware that it isn’t.  I’ve known dozens of students and MK friends who were the victims of similar abuse.  MK schools, sadly, are not immune to sexual poison.  In some cases, it seems random and sporadic.  In other cases, it is part of the school’s culture.  If you haven’t read “A Candle in the Dark,” by Wess Stafford, president of Compassion International, I encourage you to read his article here.  His is a revolting tale of sexual abuse on an institutional scale at the MK boarding school he attended as a child. 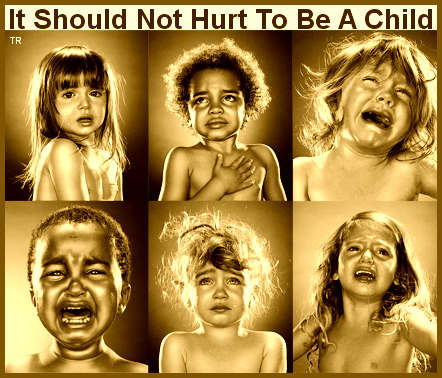 Sexual abuse is sadly not uncommon.  One in four women and one in six men will be exposed to it at some point in their lives, and a majority of them will neither reveal nor report it.  There’s a stigma attached to such a revelation, fueled by the age old assumption that the victim must somehow have caused or wanted the assault.  As politically correct as our culture tries to be, that underlying suspicion is still very present—whether it be in response to a child’s accusations or to the plight of a New York hotel maid whose aggressor was a French presidential hopeful.

It’s that fear of unbelief, that fear of condemnation, that keeps most victims silent.  As you can imagine, the added pressure of “missionary spotlessness” makes an admission even more threatening.  If an MK’s mission or supporting church heard of the incident, would they banish the victim and her (or his) family back to the States and away from all that is familiar?  Would they look down on her as a soiled version of the near-saint they’d prefer her to be?  Would her parents be soiled-by-association and lose their standing in Christian circles?  How sad that the consequences of another’s sin sometimes burn the victim more severely than the perpetrator.  But healing…healing can be hers if she’ll just “speak it.”  Until she does, his sin wins.
If it’s an adult missionary who is committing the abuse, what would be left of his/her life after disclosure?  How merciless would the repercussions be, how handicapping to any future hope of ministry?  (Ridiculous questions, to this victim’s ear.)  The fall from grace has a much harder landing when your pedestal is missionary-tall…yet the fall is where justice must begin.  Followed, in God’s mercy, by a restoration human minds can’t fathom. 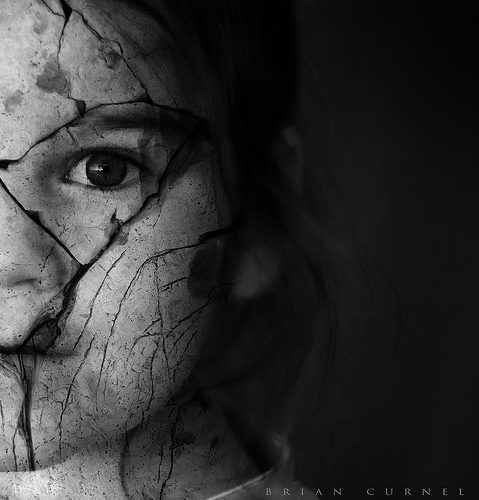 Dr. Schmutzer took out a CD and a pocket knife at some point in the service this morning, and with the pocket knife, he carved his initials into the bottom side of the disc.  The CD still looked shiny.  The writing stamped on it was unmarred.  It appeared perfectly circular and flat—pristine.  But imagine trying to play it.
It’s hard to estimate how many of the mission field’s walking wounded are victims of sexual abuse.  If so many of them have revealed their suffering to me, I can only imagine how many more there are who plod through life with unfounded remorse and fear of being found out.  MKs are resilient people.  We tend to carefully compartmentalize our worlds and sometimes manage to “live around” our trauma.  It’s as if our CDs have multiple tracks, and we make sure the initials carved by the knife of sexual abuse only cover one or two of them.  If we can just figure out a way to live on the other tracks—the unmarred tracks—everything will be okay.  No one will know.  We won’t have to deal with the residual poison of our attack and life will be able to proceed as if it never happened.  All lies.  Because as some point in our existence, something will make that CD player jump to that horrifying track where the shaking, shamed, broken and inconsolable child we used to be still breathes, still begs for help, still agonizes…  And whether we like it or not, whether we think we can control it or not, that mute track in the middle of our lives is hobbling our relationships, our ambitions and our ability to live as a healed and whole person. 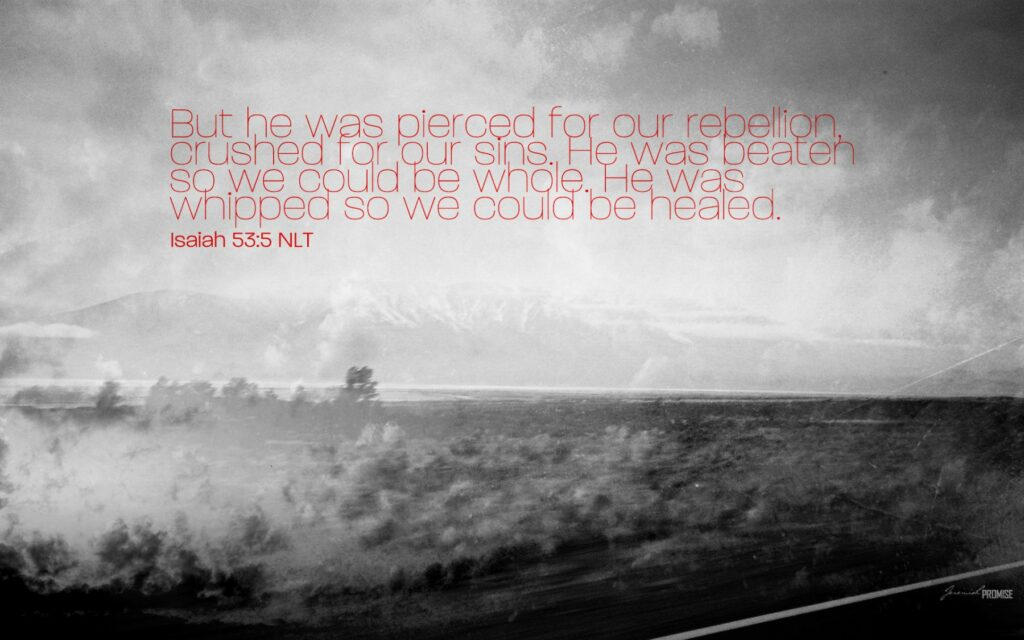 If you are a young MK and you have been or are being sexually, verbally or physically abused, please—I beg of you—“Speak it.”  Tell an adult who has proven himself/herself to be trustworthy and wise.  Tell your pastor.  Tell your small group leader.  Tell your neighbor.  Speak it—and if those who hear you do nothing to help you, find someone else and speak it again.  If you can’t speak it, write it on a piece of paper and hand it to the adult you trust.  If you need to take a friend with you, that’s fine too.  As soon as it is spoken—as soon as it is spoken—your healing will be able to begin.   I know it.  I’ve experienced it.  You may need to try and try again until you find the right kind of help, and sometimes it has to get painful again before it gets any better.  But that will be a hopeful kind of pain, not the hopeless turmoil you’ve lived with alone for so long.  If you reside in the States and there is absolutely no one around you that you trust, call this number: 1-800-656-4673 (National Sexual Assault Hotline).  There are hotlines in other countries too.  Write to me if you’d like me to find a number for you or connect you with an organization there that can help you. 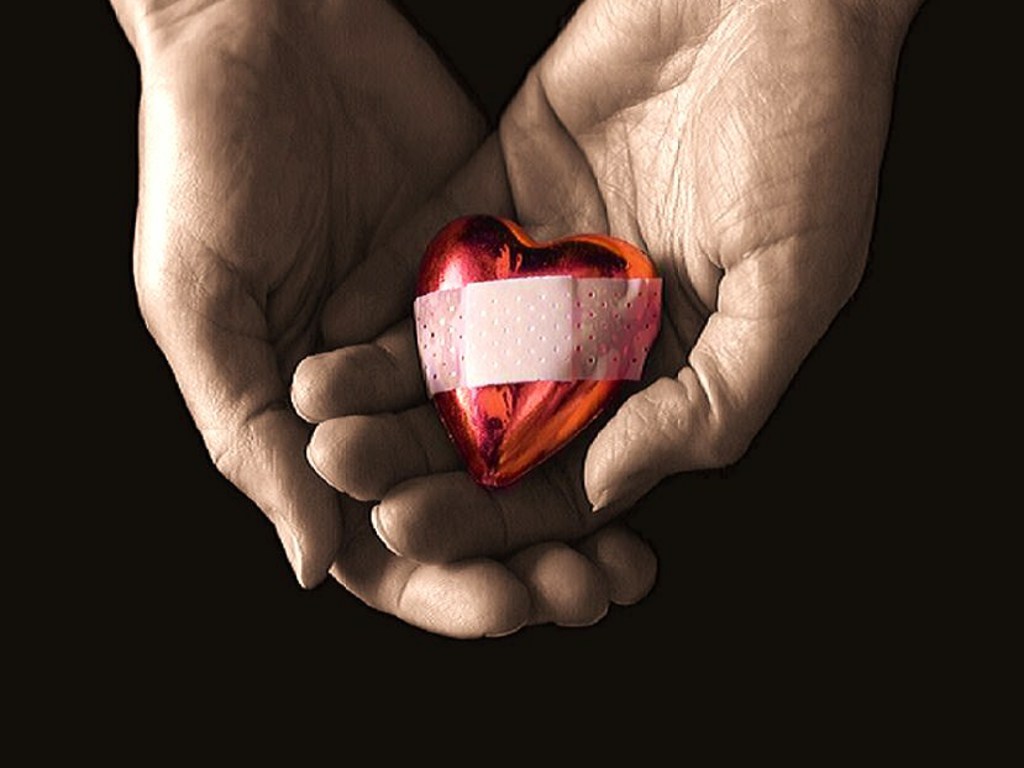 If you’re an adult MK who thinks those CD “tracks” of your life are safely on mute, I urge you to reconsider.  The adult victim of sexual abuse is multiple times more prone to depression, adultery, pornography, drug use, alienation from loved ones, inability to have healthy relationships, spiritual paralysis and becoming an abuser.  You might think that you’re living well despite the demons in your past, but if you’re truly honest with yourself about the challenges and failures in your life, you’ll see how connected they are to what you’re trying to ignore.  Unless we explore the ramifications of what has been done to us, we won’t be able to keep the abuse from continuing to control us even in adulthood.  Please do what I did at age 27.  “Speak it” to someone who will know what to do with it.  The rest of your life depends on it—and with the right care, your honesty can lead to healing. 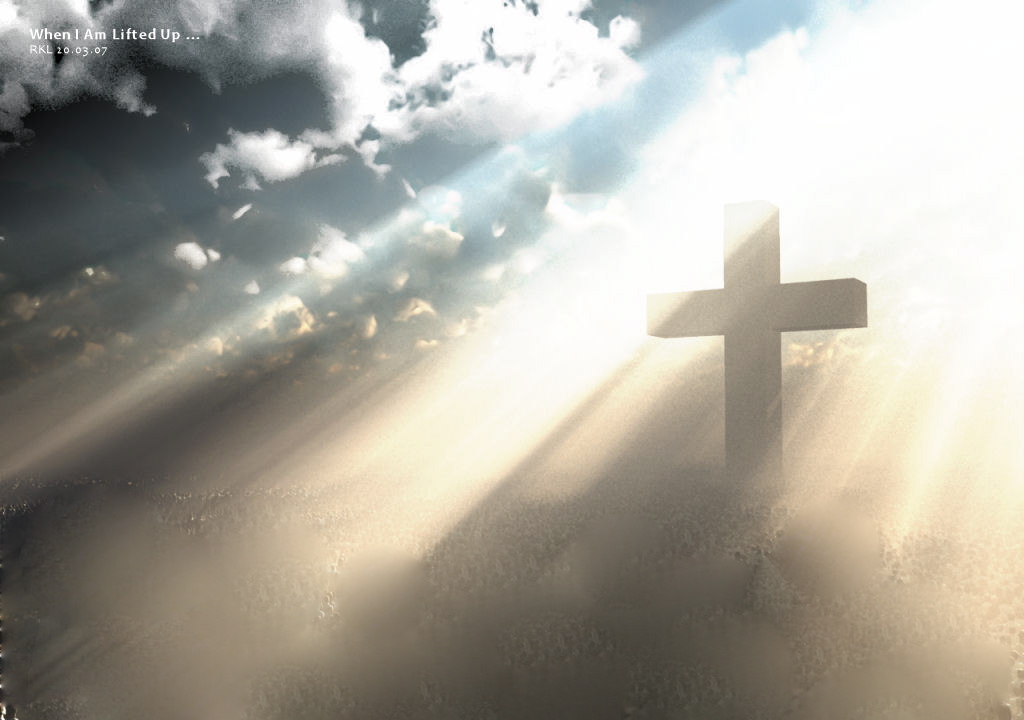 If you have abused or are abusing someone, you are just as entitled to help as the person you’ve victimized.  You are just as deserving of counsel, compassion, care and healing. That’s not easy for a victim to say, but we’re dealing with God here, and His love for the abuser is beyond human understanding.  Do you bear the full responsibility of what you’ve done?  Absolutely.  And you will continue to bear its consequences (Dr.  Schmutzer calls it the “continuum of sin”), but that doesn’t make you any less worthy of God’s forgiveness and His church’s embrace.  Granted, the church has a long way to go in this area and, granted, part of its care will involve rebuke and discipline.  But “speak it” nonetheless.  For the sake of your future and to stop the destruction you’re wreaking on the lives you touch, “speak it.”  If at first you find no help, don’t give up.  Keep speaking until someone hears and acts on it.  It won’t undo the atrocity of the crimes you’ve committed, but it will restore you to fellowship with the only One who can possibly forgive. 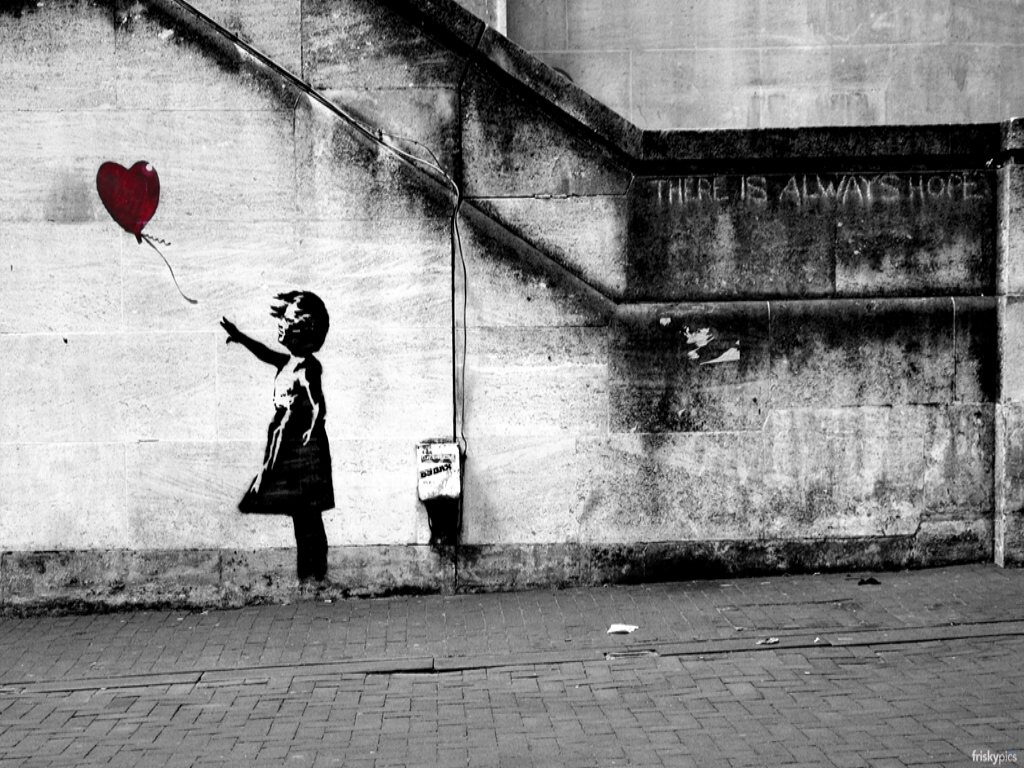 Is there hope for even the most grievously wounded of us?  Yes.  And is there is future joy, fulfillment and peace?  I know it’s hard to see from the vantage point of an unhealed victim, but trust this recovering victim: life beyond the pain and shame is beautiful and bright.  It may take a while.  It may take some therapy.   It may take more courage than you think you possess.  Whatever it requires of you, begin your journey now.  The outcome will be so worth it.  You want a future in which wholeness and serenity can be achieved? Dream it.  Shape it.  Expect it.  Live it.  It all begins with the strength and resolve to reach out to someone right now and…speak it.