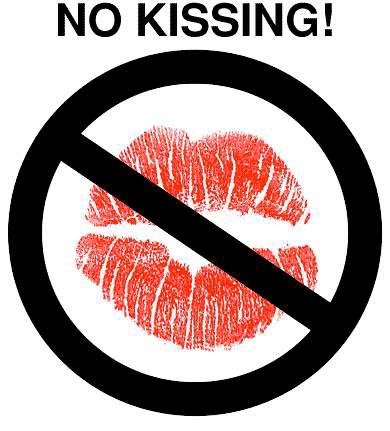 I’m not sure how we got on the topic.  One minute, I was the teacher listening to students talking in the back seat of my car, waiting for a conversational opening that would allow me to pounce, all cheetah-like, on an innocent teaching moment.  The next, someone had launched into talking about kissing and I, ever the optimist, thought my opinion was wanted.  I was−how shall I put it−honest in relating a thought or two.  I’m not sure of the exact details of what happened next, as the evening sky was darkening and the rear-view mirror was topic-induced steamy, but from the cockeyed, lemon-sucking expressions on the faces in my back seat, I could only deduce that the thought of a teacher being even remotely familiar with the sport of kissing was causing their intestines to bind into crampy knots. 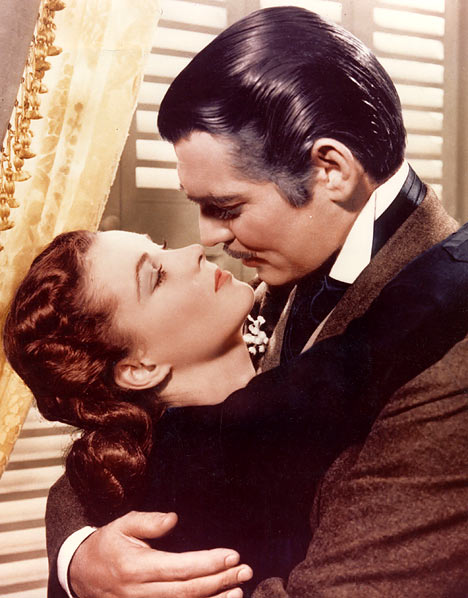 Because I am a compassionate and caring soul, I responded to their discomfort by telling a couple more sordid tales that had them wishing for the reprieve of hot coals to walk on or sharp hooks to hang on.  What can I say?  I’m a well-disguised saint.

Today, on Regis and Kelly (ostensibly the kitschest and campiest show on TV), the May-December cohosts polled their audience members about the strange tradition of locking lips with just about anyone within reach when midnight arrives on December 31st.  Forty-five percent of those polled admitted to having kissed a stranger on that occasion at least once in their lives. I’m the type of girl who’d carry a pack of disinfectant wipes and a bottle of hand sanitizer to a Rubbing Alcohol Convention…  I’m not sure a potential “New Year stranger” would stick around through the Hazmat scrub-down I’d impose on him! 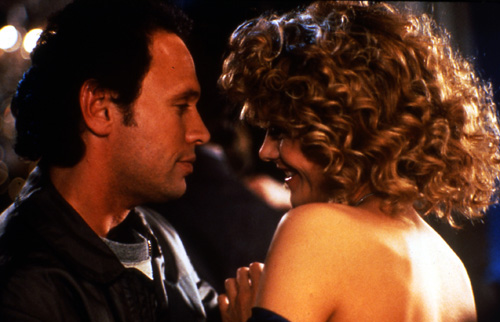 As I pondered the Buffoon and the Belle’s poll results, I was immediately catapulted back in time to 1989.  Anyone who lived back then will remember the movie in which Harry gave Sally a most enchanting kiss on New Year’s Eve, after an interminable on-and-off romance that had brought them from innocent-in-Chicago to cynical-in-New York.  Auld Lang Syne was playing, the disco lights were swirling, the confetti was flying, and Meg Ryan’s pre-collagen lips were virtually glowing.  What could Billy Crystal do but lean in, like a sailor to a mermaid, and risk the relational fallout of calendar-driven PDA (Post December Affliction?).

New Year’s Eve is tomorrow.  George Clooney has called me to see if I’d be available for a quick private flight to Lake Como, Italy, in order to be there for his disco-ball-and-confetti moment, but I’ve declined, mostly because his last movie (The American) is the only movie I’ve walked out of in the past 10 years.  Instead of leaping the ocean, I’ll be spending the evening eating way too much Swiss fondue with my mom, then trying to prop her up until midnight’s twelve strikes and New York City’s falling ball.  And maybe I’ll even be lucky enough to have one of those rosy dreams where you wake up feeling kissy-lipped and remember none of the details except for the fading strains of a goofy song about “old acquaintance” being “forgot.” 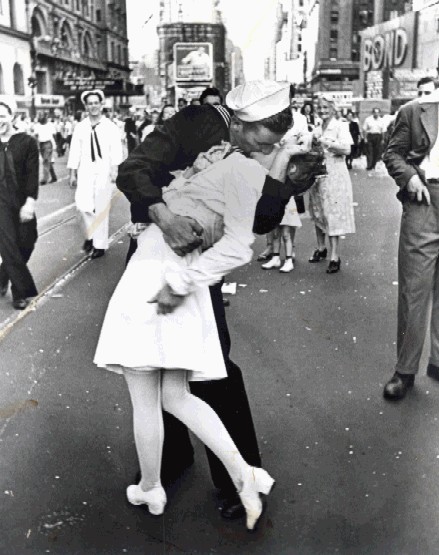 Profound application of spiritual significance below:

Uhm…I don’t know.  I just wanted to ponder kissing for a while.  (Go ahead and gag.)