Back in the day when I was a spry and lively college coed, I never used the Prairie Path.  I was afraid that I was too fat, too out of shape and too un-athletic to walk on the miles-long dirt trail that stretches through the center of Wheaton, bordered on both sides by wild vegetation usually reserved for vast rural spaces.

It’s a little ironic that it’s taken me 21 years to return to Wheaton and finally set foot on the trail frequented by the kind of cross-section of society that elevates people-watching from pastime to science.  My first visit was a bit unnerving.  Those of you who are long-term readers may remember the encounter I once had in the German countryside with a naked man picking apples in an orchard…  It may be a sort of Post-Traumatic Stress Disorder related to that incident (chronicled here) that still has me wondering what I’m going to find on walks in unfamiliar territory!  But on a sunny and cool day a couple weeks ago, I strapped on my running shoes, sucked in my stomach, and set off for my inaugural Prairie Path wog (a combo of “walk” and “jog”).  Full disclosure: the “jogging” part has only happened in brief spurts, usually propelled by a fleeting vision of my face on a Wheaties box, then just as quickly quelled by, well, the lack of oxygen getting my lungs. 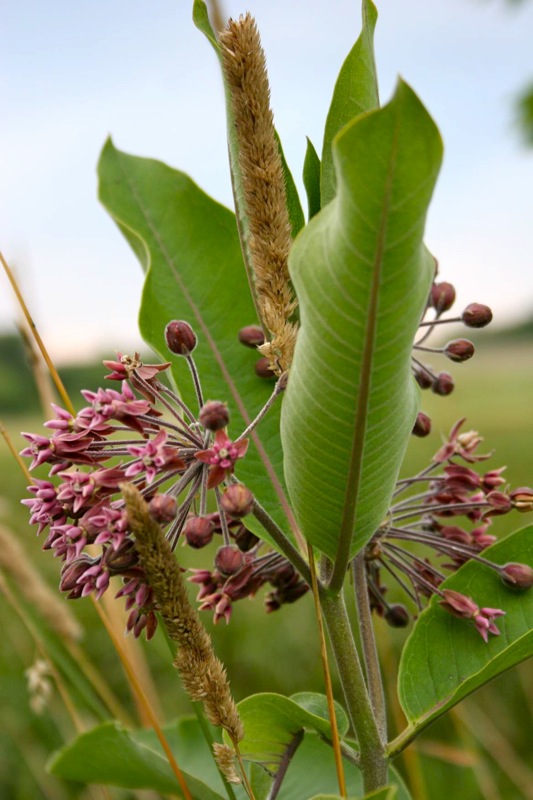 As has frequently been the case, since my return to Wheaton, the first order of business was to fast-forward my brain into the present.  My old college-eyes tend to take over sometimes, forcing me to remind them that I’m no longer a 20-year old coed and that the boys trotting by me with a (perhaps imagined) dismissive grunt are young enough to be my children.  My children!  So it doesn’t matter what they think…right?  Oy, my sagging jowls. 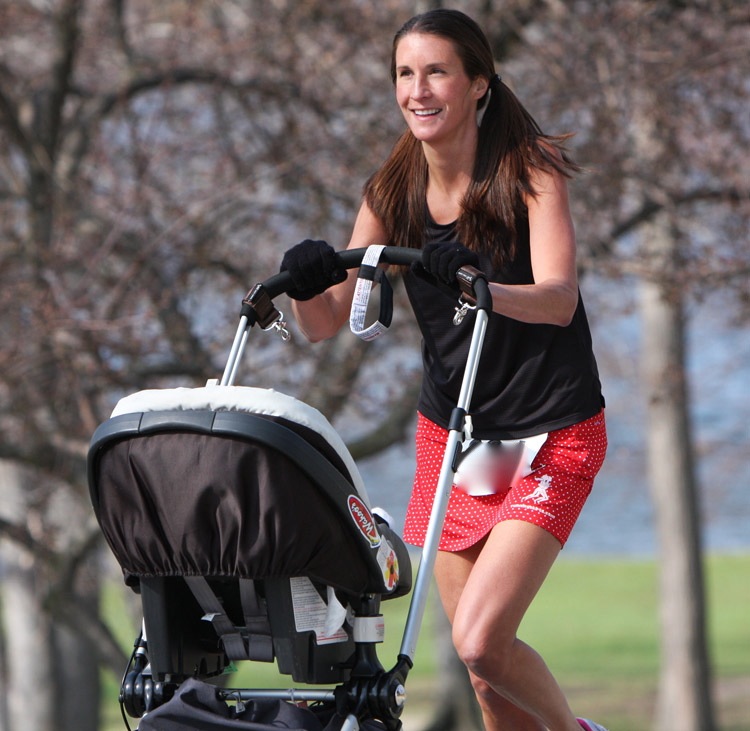 It takes me an hour to get to Glen Ellyn and back, an hour populated by characters so varied and surprising that my screaming calves (as in, lower legs—I’m not taking baby cows along on my wogs) and laboring lungs almost don’t matter.  There’s the middle-aged man who cycles by in a cloud of dust, his army-fatigues getup striking a bold contrast to the pink headband circling his brush cut.  There’s the spandex-covered twig who runs by pushing a double stroller.  She has months-old twins, for Pete’s sake!  Is it too much to ask that she at least wear a size 2?  There’s the group of jabbering fifty-somethings, all decked out in capri track pants and fuzzy fleece, Starbucks mugs held aloft like the mule’s proverbial carrot.  I sometimes slow my pace to listen in on their conversations: spot removal, cantankerous bosses, acorn squash recipes, foot fungus therapy.  They’re a fascinating bunch—slow-moving and fast-talking.  And I’m pretty sure they never break a sweat. 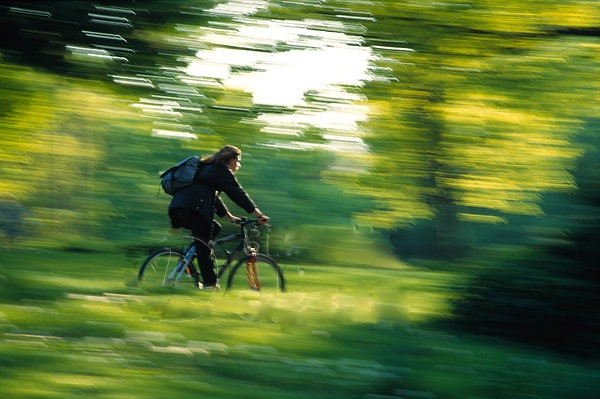 Then there are the college boys who run by so lightly that they barely stir up the gravel sprinkled across the path, the strange tattooed man who somewhat defeats the benefits of exercise by smoking while he pedals his 10-speed, the 80-year old lady in the “Too Young to Quit” t-shirt and the well-dressed business man lugging two briefcases and a fanny-pack along the shaded path.  They come in all shapes and sizes and in all degrees of fitness, their appearance and demeanor sending bold messages about who they are and why they’re there.

I was briefly contemplating a power play this morning (passing the gaggle of talkers with a casual-looking jog that would end as soon as I was out of sight around the bend, heaving like an asthmatic heifer), when the sound of an air horn pierced through the rasp of my breathing.  I slowed my pace and heard the horn again.  Spurred on by curiosity, I did break into a brief run, rounding the bend ahead and coming face to face with one of the most beautiful sights I’ve witnessed in recent memory.  Sitting in a small “pedal car” and heading my direction was a young man with Down Syndrome, his face awash in a smile of such guileless happiness that it made me stop in my tracks and smile back.  On the front of his cute little car was a bumper sticker that read “Honk if you love Jesus,” and if the honking he was doing was anything to go by, his love of Jesus was as wide as the joy in his enthusiastic “Good morning!” 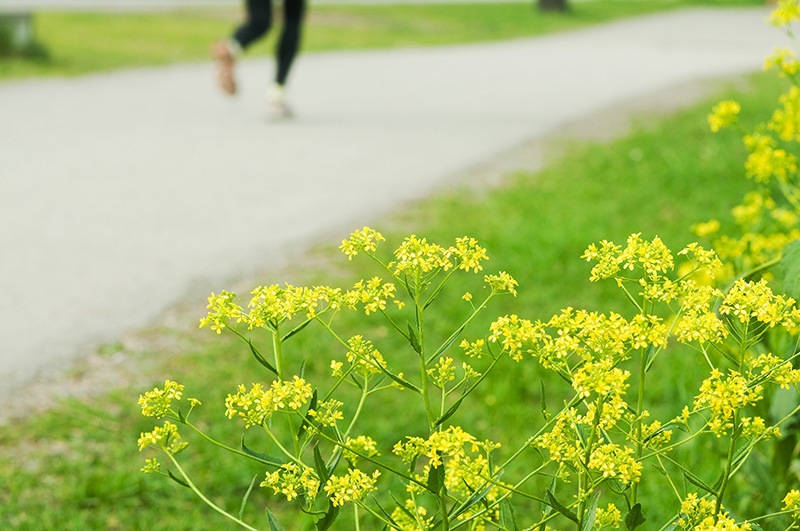 I stood aside and watched him drive by, pedaling right through the group of women behind me, honking and greeting them as he went.  And I wondered at that moment what it is that I project to the strangers who pass me every day.  What is the “bumper sticker” that defines me and is it visible enough for others to see?  Am I a happy honking horn or a self-absorbed curmudgeon?  Is my greeting sincere or habit?  When people look at me, do they see the peace and joy I want to radiate, or am I so caught up in my own “stuff” that I communicate nothing?  I want to be more like the young man in the pedal-car.  I want those who see me on the Prairie Path, in the grocery store or stopped at a red light to sense that there’s something alive and hopeful that animates me!  I suspect that I fall far short of this desire on most days, but I’m determined, after this morning’s meeting, to try harder—to be bolder and more intentional in the message I portray.  II Corinthians 4:6 “For God, who said, “Let light shine out of darkness,” made his light shine in our hearts to give us the light of the knowledge of the glory of God in the face of Christ.”  And if it’s shining brightly enough in my heart, there’s a good chance others are going to be able to see it…right?  Here’s hoping.
Update on my previous post: David Bailey is still alive, though his strength is decreasing as the tumor expands in his brain.  Please continue to pray for him, for his wife (Leslie), and for his two children.