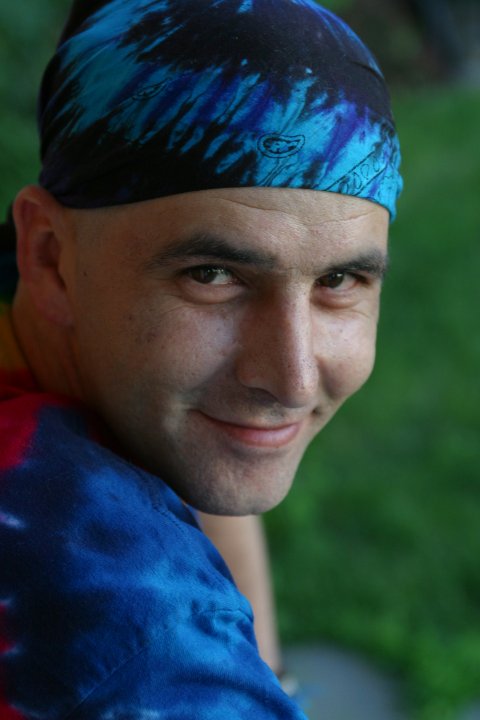 I’d like to introduce you to David M. Bailey.  Perhaps hearing his voice as a background to this post will better reveal who he is than my futile words ever could.  Click on this link to listen.

I was in 9th grade the first time I saw this MK from Lebanon walk onto the stage of BFA’s church and perform one of his compositions.  He was everything a teenage girl with a mile-wide romantic streak longed for: a little edgy, a poet, an astounding guitarist, even at that age, with a killer smile that left my innards all atwitter…  I was smitten on the spot, though he barely knew I existed. 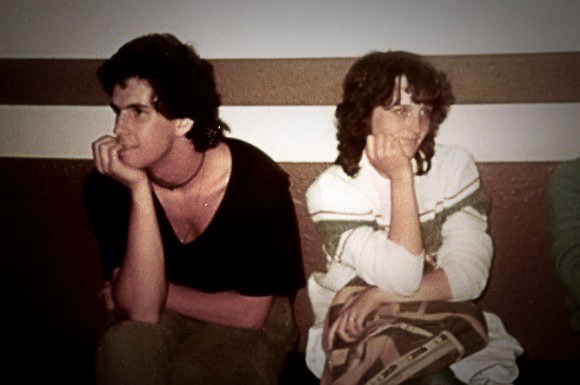 A friendship did eventually form.  It may have been a love of words that drew us to each other.  We wrote incessantly in a “just friends” kind of way, sharing our latest in hand-written notes and impromptu readings.  Poetry, musings, obscure prose offerings.  Looking back, my work was less than stellar.  But I was a sixteen-year old girl whose idol had finally acknowledged her existence.  The elation sparked masterpieces in which “love” invariably rhymed with “dove” and “heart” with “never part.”  Yup, I had it bad. 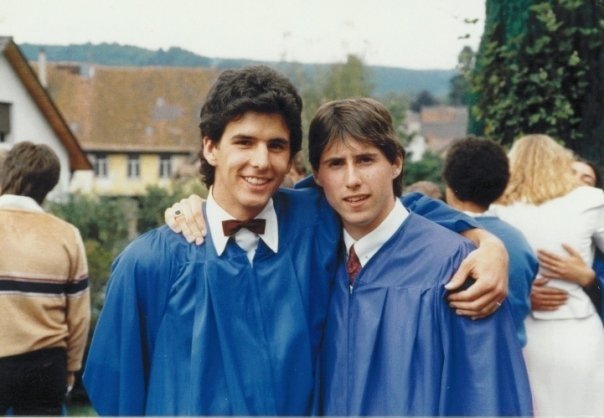 David graduated.  He went off to college and slowly eclipsed himself from my reality.  He met the woman he’d been waiting for.  They married and had two children together.  He had a great career and was living his own version of the American dream. 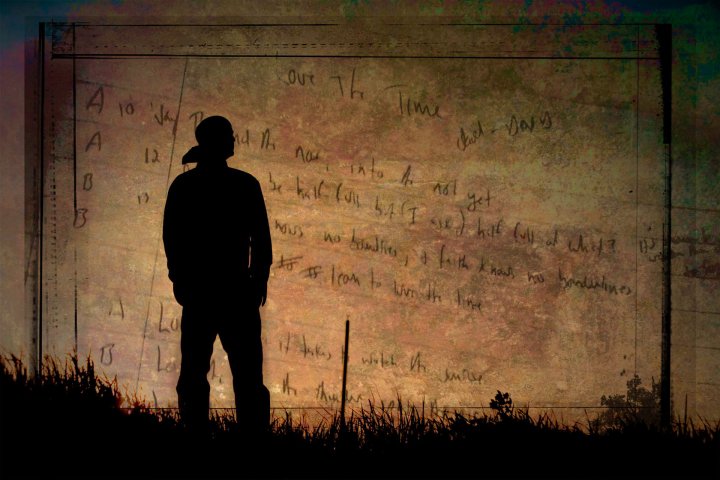 We lost contact until thirteen years later, when David was diagnosed with an aggressive form of brain cancer called Glioblastoma Multiforme—it’s a lethal variation of the disease in which tumors can double in size every ten days.  He was already Stage IV at diagnosis, and specialists gave him only 6 months to live.  The BFA grapevine brought the news to me in August of 1997.  Emails were in their infancy, at the time, but the need to assure him of my prayers was stronger than my reticence to try something new.  The first email I ever wrote was to David.  I pledged to pray for him, his wife and his two children daily.  Even in those uncertain and frightening times, he was determined and optimistic, vulnerable but braced for the fight that would save his life.
David recovered from surgery, went through a series of barbaric treatments, got better…and life moved on.  To be precise, it moved another thirteen years into the future, shattering his doctor’s dire predictions, and giving David time to release 24 CDs and win folk music contests around the continent.  His battle against “The Beast” held equal measures of grace, wit and courage.  It was laced with unflinching realism and unapologetic hope.  He dared to believe in miracles and had the audacity to dream. 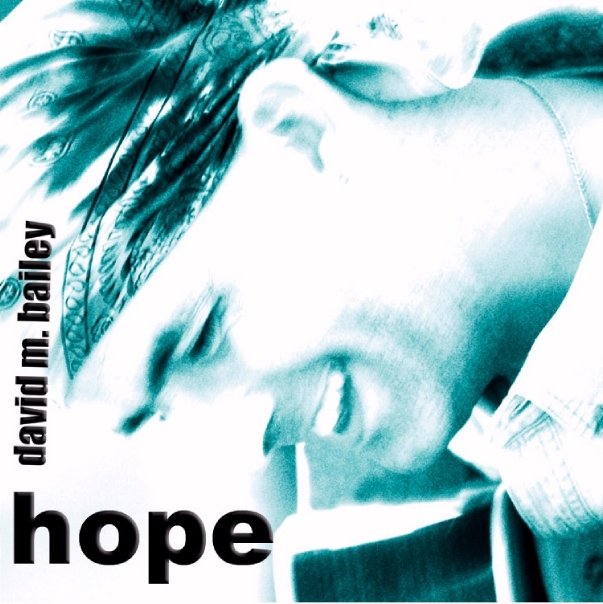 Three days ago, many years after my last communication with him, the BFA grapevine again brought troubling news.  The tumor is back and the specialists have exhausted their therapeutic arsenal.  There is nothing left to attempt.  So David has gone home, with his wife and children, to receive hospice care and wait…
I wish I had something brilliant and uplifting to say as a conclusion to this post.  I wish I could write something inspirational about prayer…  Or about healing.  Or about hope.  But the fact is—I’m at a loss.  My eyes are swollen and my heart is…burdened.  Part of it is survivor’s guilt.  Why did he get brain cancer when I “only” got my two, less lethal forms of the disease?  The other part of it is pointless, a collection of “Whys” that have no answers.  Why did the miracles that kept him alive work for thirteen years, but stop working now?  Why him, when he has so much left to contribute to this world?  Why, why, why…?  I picture him lying at home while the cancer drains life from his body and beg God to be near his wife and children as they watch the man they love inch toward Eternity in unfathomable grief. 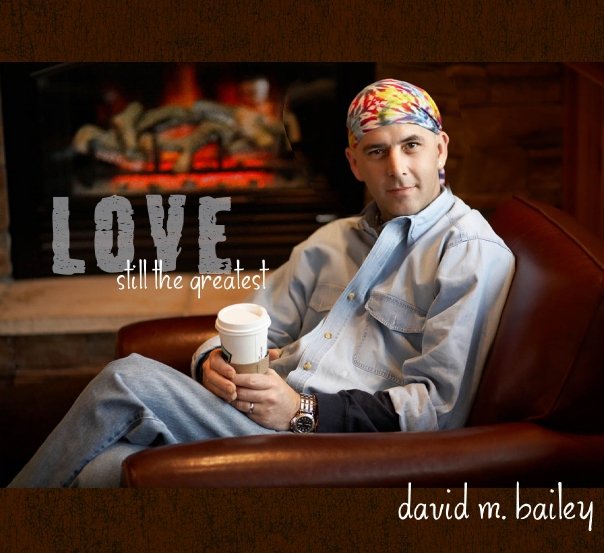 Do I believe in prayer?  Absolutely.  I’ve made that clear in recent posts.  But do I also sometimes struggle with our helplessness to defeat pain and avoid atrocities?  Yes.  I wish this were a perfect world.  I wish people like David were allowed to live long, fulfilled lives.  I wish tsunamis didn’t wipe out entire villages and tornadoes didn’t obliterate years of saving and building.  I wish child molesters were never born and dictators never gained power.  I wish age were more forgiving and abuse were less crippling…  I could wish myself into oblivion, given half the chance, but I learned long ago that wishing things were different is a waste of emotional energy, particularly if there’s nothing that can be done to change them. 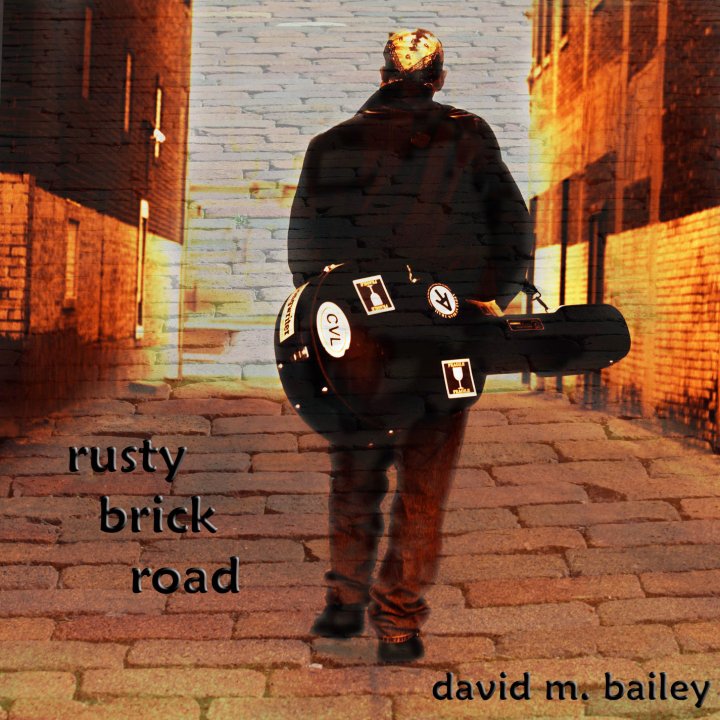 There’s a sign on my bathroom mirror that reads “It Is What It Is”—a daily reminder that there is little we can do to alter the course of life in a broken world.  What we can do—what we must do—is endeavor with every breath we’re given to inhale all God has for us and exhale all He has for others through us.  To grieve when friends who have embedded themselves in the marrow of our existence succumb to ruthless cancer.  To celebrate with everything in us when unexpected healing occurs.  To live Hope, to speak Love, to scream “Maybe not!” when the world’s greatest doctors say it’s time to get things in order and hug your kids goodbye.  It’s what David did 13 years ago.  It’s what he’s whispering to me as I write.  It’s what I pledge anew to do—though our world is parasited with disease and ravaged by sin.  To live Hope, to speak Love, and to rebel against those who say the battle’s lost.
Please join me in praying for David and his family…