As I write, there are cars honking in the street outside, all decked out in flapping German mini-flags.  Bars and restaurants have installed their temporary projection TVs and throngs of rabid fans are readying themselves for kick-off with giant glasses of beer and enough fatty food to give even Elvis second thoughts.  It’s World Cup soccer time in Germany and, on a continent where patriotism isn’t exactly a common occurrence, allegiances appear strong…at least they will for these next few weeks.  The French will spend inordinate amounts of time insulting their own team and coaches, the Italians will lavish similar insults on members of opposing teams, and the English will drown both victories and losses in their beloved ale. 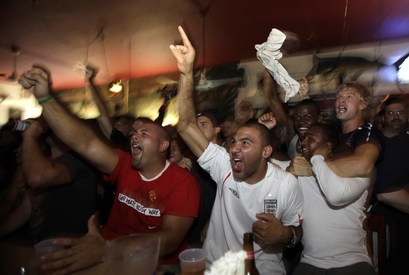 There is something comforting about the kind of single-minded unity events like the World Cup evoke.  It inspires a sense of strength in community, a shared pursuit and a common dream.  But for MKs, cheering can be somewhat complicated.  The “status updates” on Facebook make it clear that their patriotism is as confused as their backgrounds.  One American MK from Austria who has worked at BFA for a year and who knows she should NOT be cheering for Germany because of her Austrian heritage wrote this:  “[I] feel the words forming in [my] throat. [I try] to fight them back…  They’re … coming … can’t … stop … GO GERMANY!”  You see, it’s hard to know who to cheer for when you have several cultures and nationalities muddying up your identity. 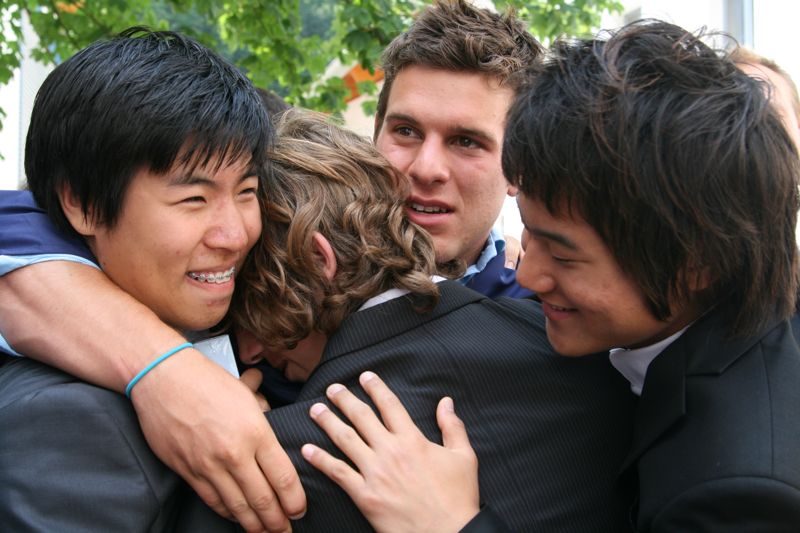 It’s that very sense of multiplicity that makes of BFA’s graduation something special.  Student who come here for the first time often haven’t ever felt completely attached to one country or another.  They’ve been torn between parental heritage and multi-cultural experience, never fully fitting in on any of the shores surrounding the ocean of their lives.  And then they arrive here.  BFA doesn’t impose on them that they choose an identity, nor does it consider them weird for having different habits and experiences.  BFA doesn’t require that they become someone else in order to fit in. 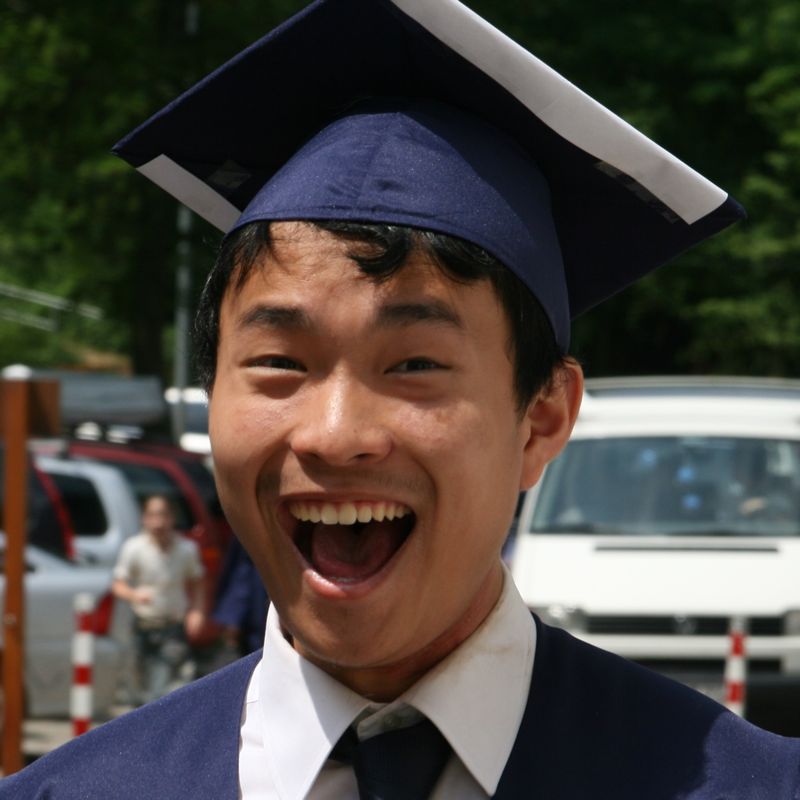 The beauty of a place like BFA, for the disenfranchised young people who study here, is that this becomes their culture, this becomes their identity, this becomes their family and community.  There is no way of adequately describing the depth and intensity of the relationships these students form.  They are born of common fears, shared “difference,” and mutual understanding.  I can only hope that some of these photos begin to express the love and the sorrow that mingle at the end of the year. 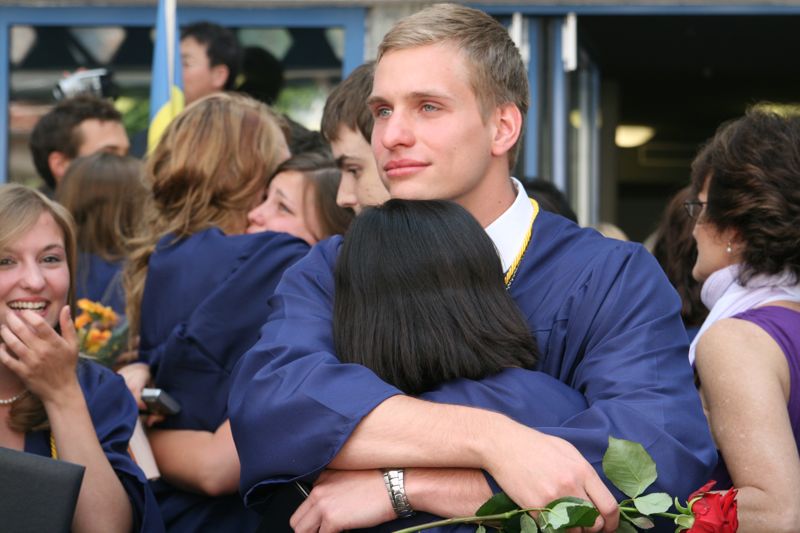 Graduation is indeed a bittersweet occasion.  There’s the usual pomp and circumstance, the personal comments to each graduate by the director of the school, the hat-throwing, the last-minute yearbook-signing.  But there’s also a tearing apart that is visible in the graduates’ pale faces and tearful smiles.  Few of them have any allegiances outside of this community of kindred spirits, and most of them are heading into a world to which they feel no ties and no loyalty, where they know they will feel rootless again.  Stranded between identities again.  For many of them, lonely again.  They know they may be misunderstood and unheard.  And that certainty tinges the bright occasion of graduation with a melancholy hue. 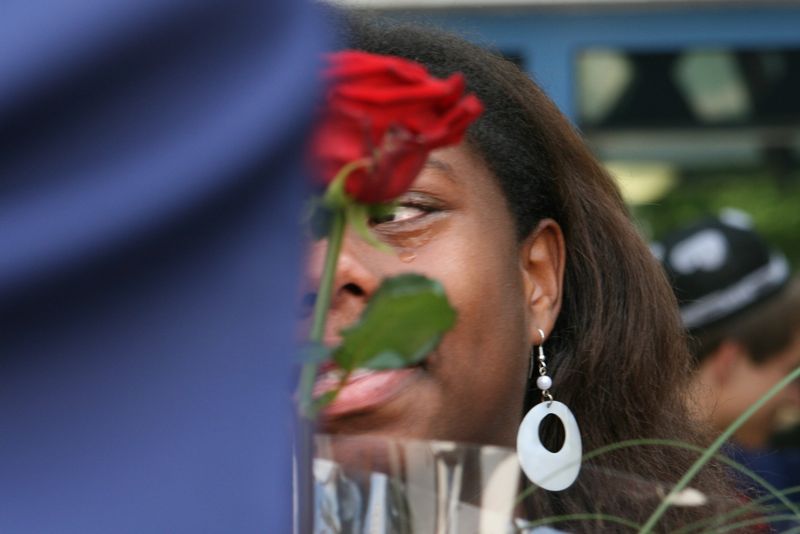 May I ask you to please find the time to pray for BFA’s graduates?  Pray that they will quickly find someone to befriend them or that they will be content to be alone until that person comes along.  Pray for serenity despite the unpredictable and inevitable transitions ahead.  Pray for an identity that is grounded in whose they are, not in who they are.  Pray also for those of us who love them so dearly that the prospect of the pain ahead for them is a physical ache in us.  I’m used to having to say goodbyes to the seniors at graduation, but this year I had to say goodbye to everyone.  The grief is familiar–but it’s multiplied this time.  Pray that the sorrow of loss and the hope for bright futures will fuel ongoing contact, albeit long-distance, with these students whose lives sometimes matter more to me than my own. 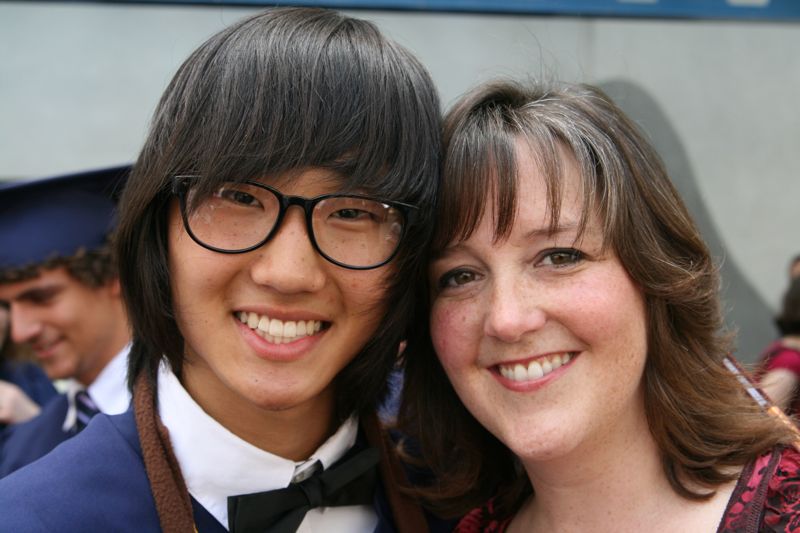 I’ll close with a short video of the Class of 2010’s recessional.  There’s a special tradition at BFA: the graduates meet in the center of the stage, two at a time, and do something cute or meaningful to celebrate their milestone.  On their way down the stairs, they’re handed a rose they’ll present to their mothers.  It takes a little while for all 75 of them to exit the stage, but it’s a telling tribute to the depth of their affection…and their allegiance to each other.  Click on the arrow below to view this short video recorded by a student–thank you, Dana!  (Many more photos below…)

(NOTE: You can now subscribe to this blog by sending an email to michelesblog@gmail.com and writing “Subscribe” in the subject line.  You’ll receive a brief email every time a new blog entry is posted.) 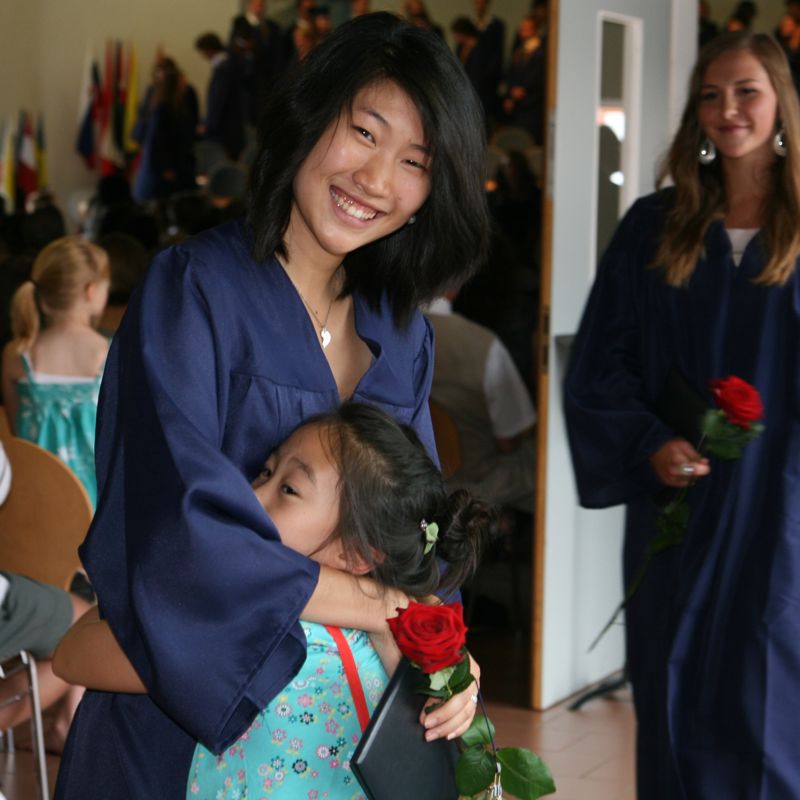 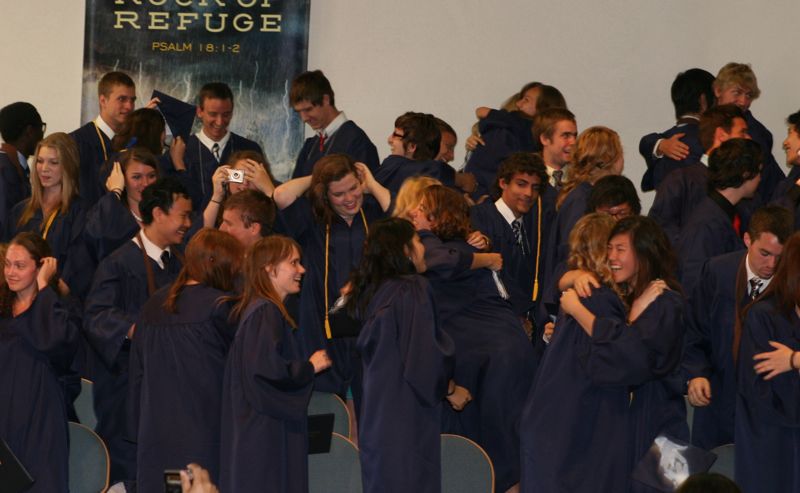 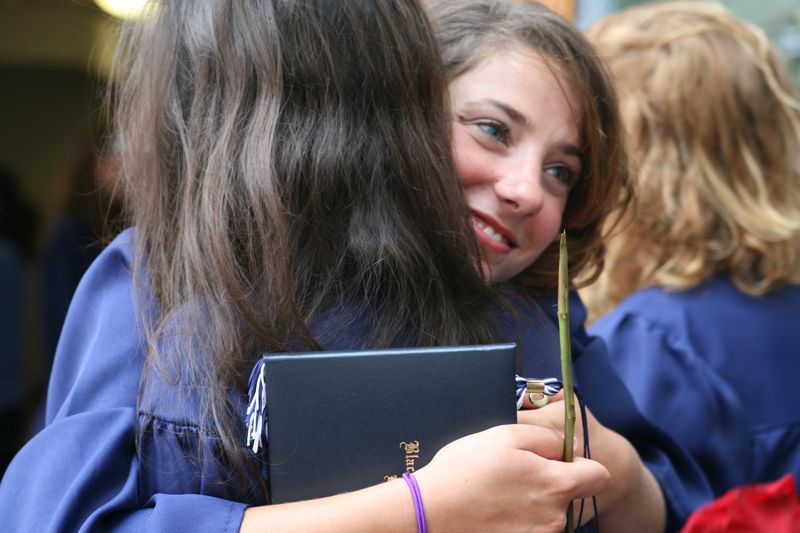 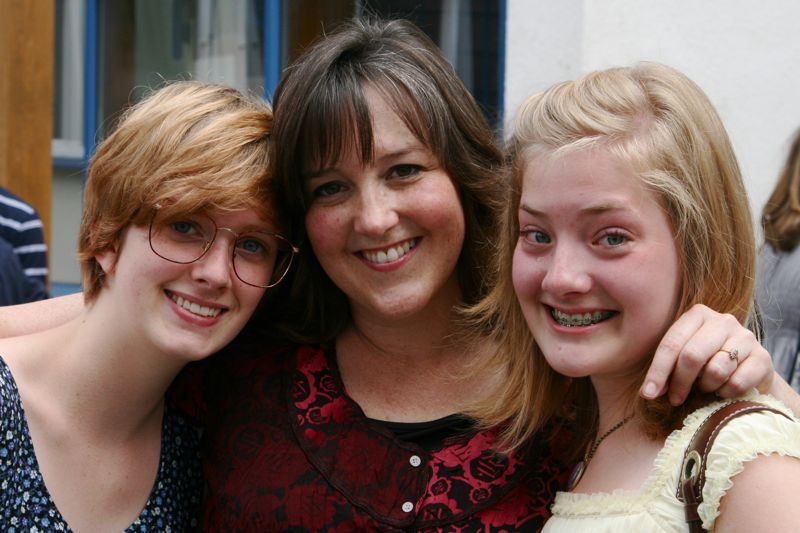 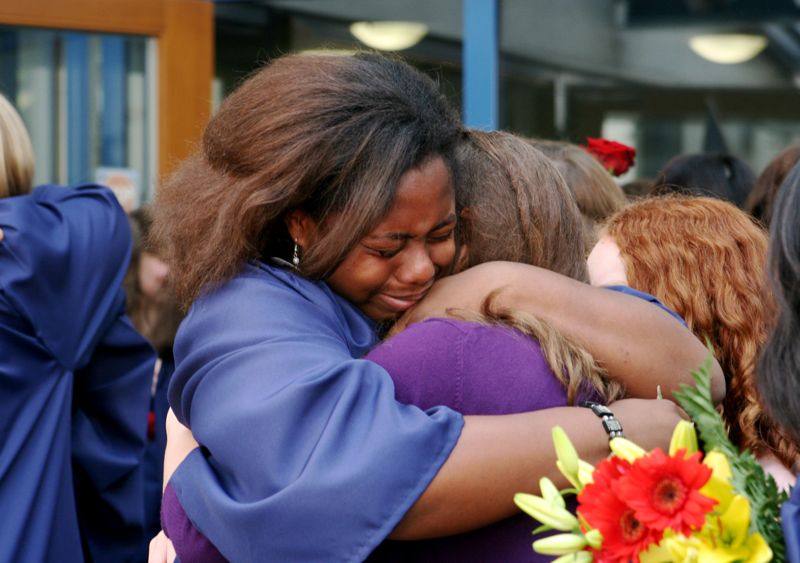 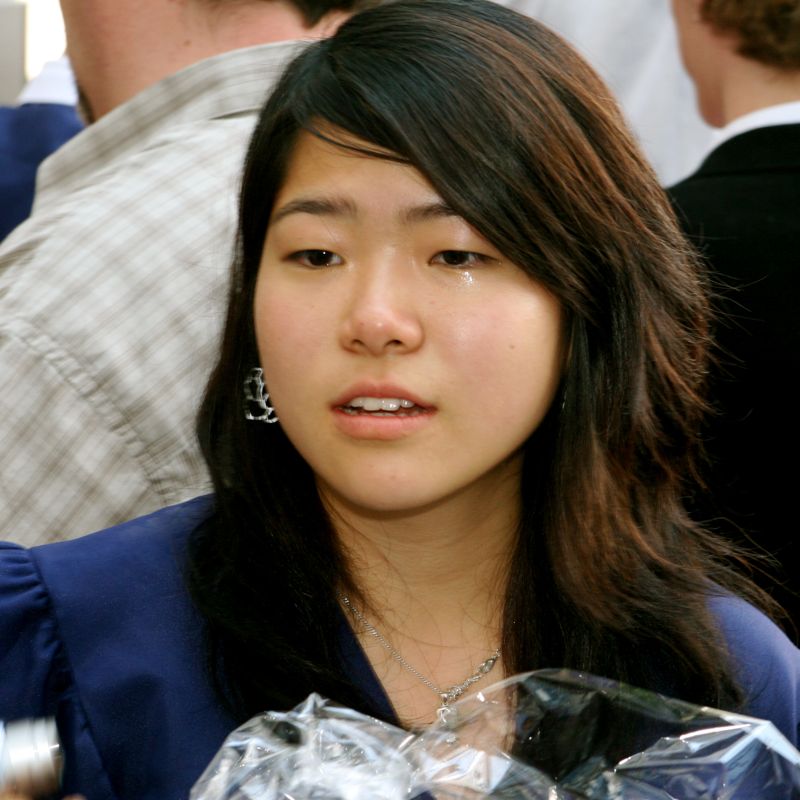 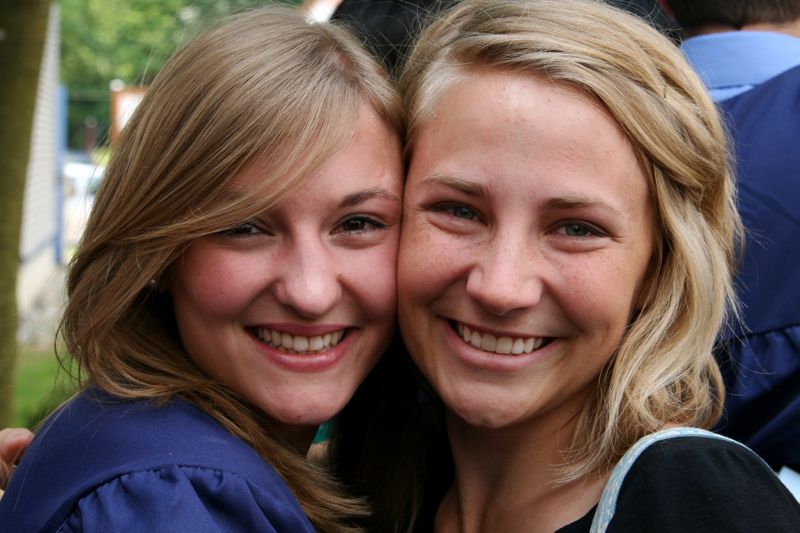 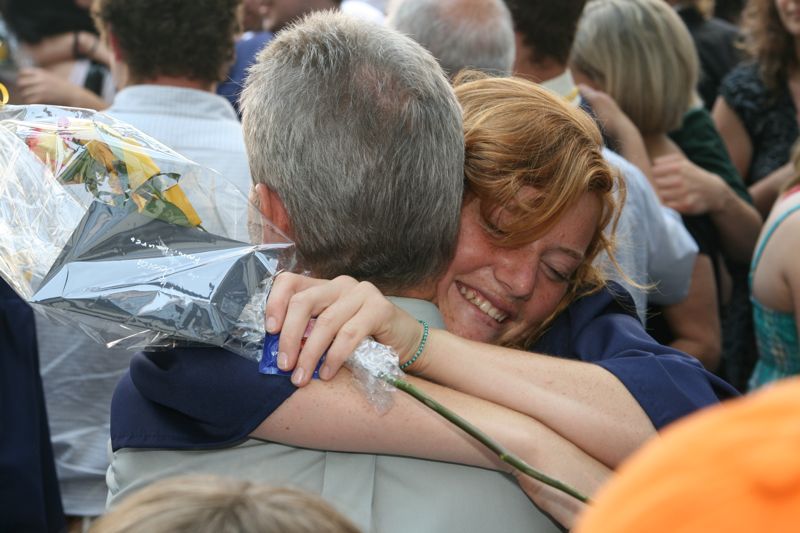 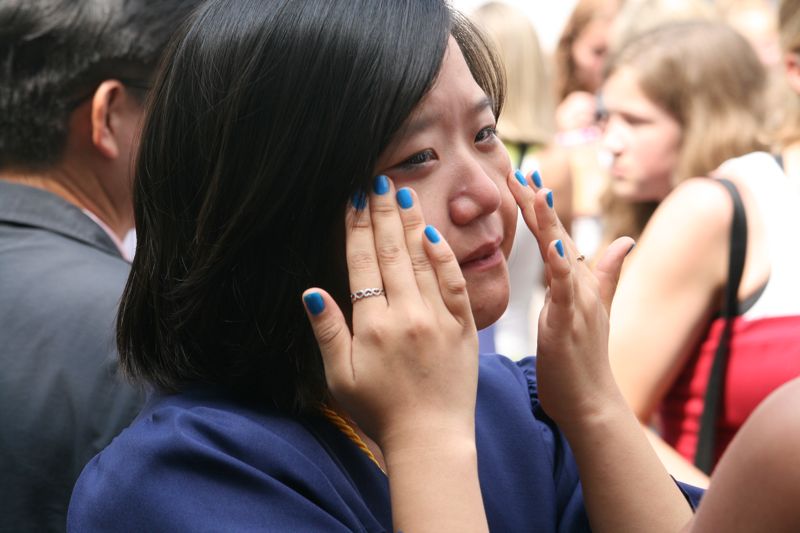 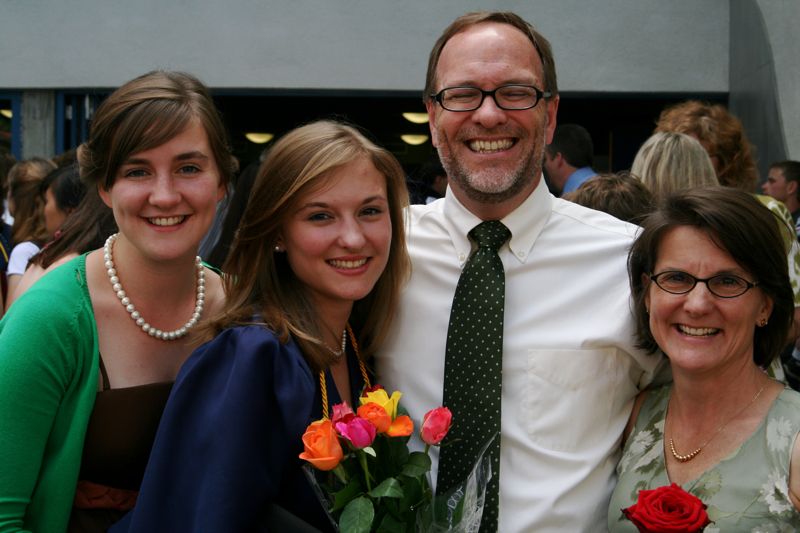 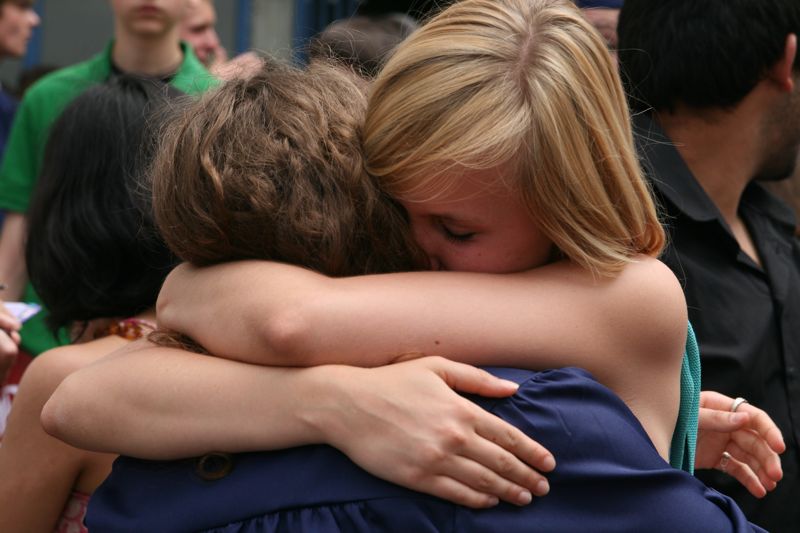 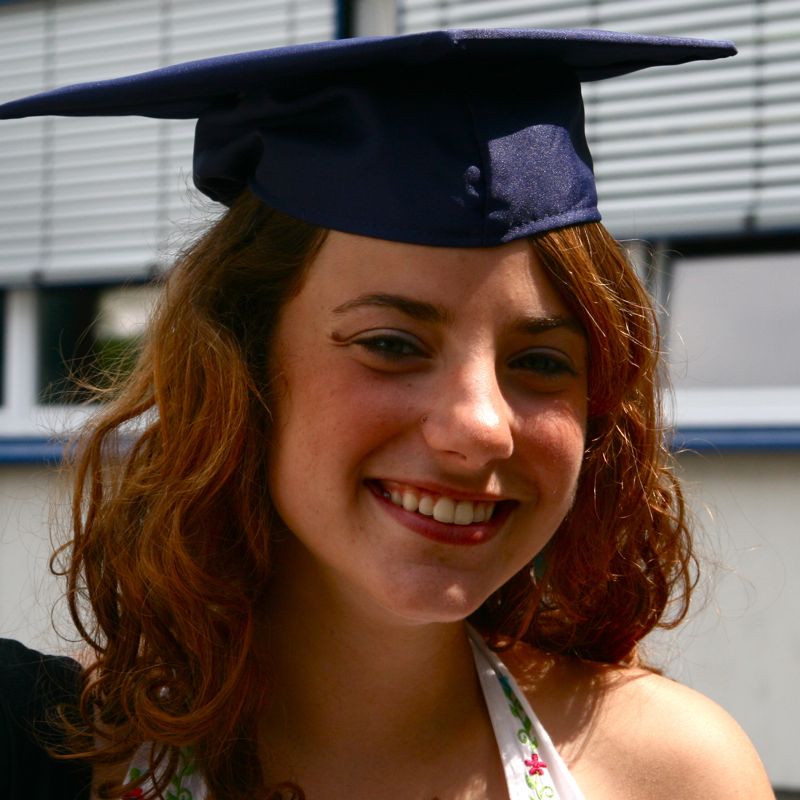 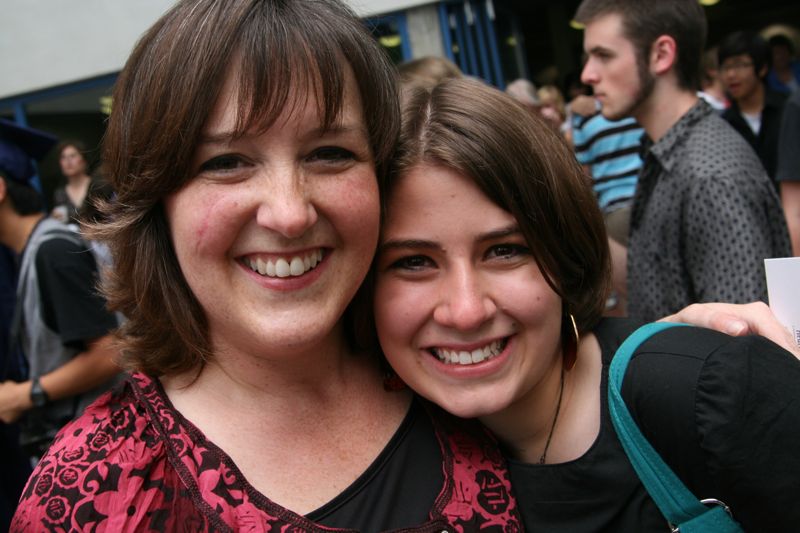