[You’ll find my “If These Walls Could Speak” video at the end of this post.]

The trip that took me to Normandy over Spring Break (see previous post) also took me back to the small French town where I grew up. 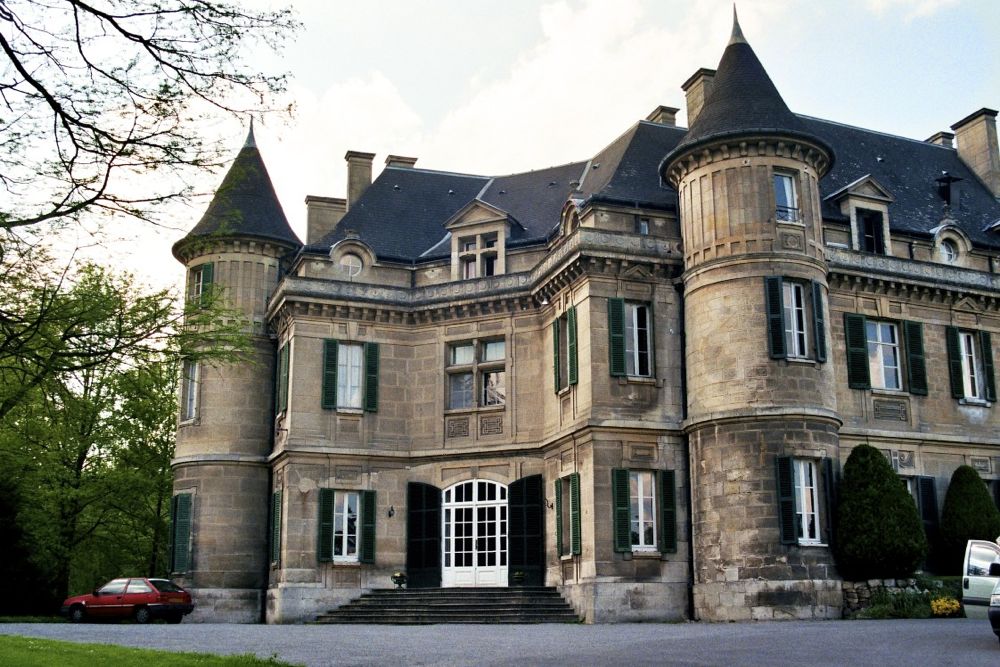 Its name is Lamorlaye (Lah-more-leh).  As I wrote in the postscript of my last novel, “Tangled Ashes,” I have no childhood memories that don’t involve Lamorlaye’s château.  Until I moved away at the age of fourteen, I spent much of my leisure time on the grounds of the castle that housed the European Bible Institute from 1960 until 2001.  While my parents taught inside, I played on the islands and went on treasure hunts in the woods.  My brother and I came this close to burning the building down, one afternoon, as we lit matches on a stack of mattresses stored in the back stairwell.  I’ve crawled under the castle’s patio and imagined grand events in the ballroom we called a chapel.  The Château de Lamorlaye nursed my childhood aches and fueled my romantic élans. 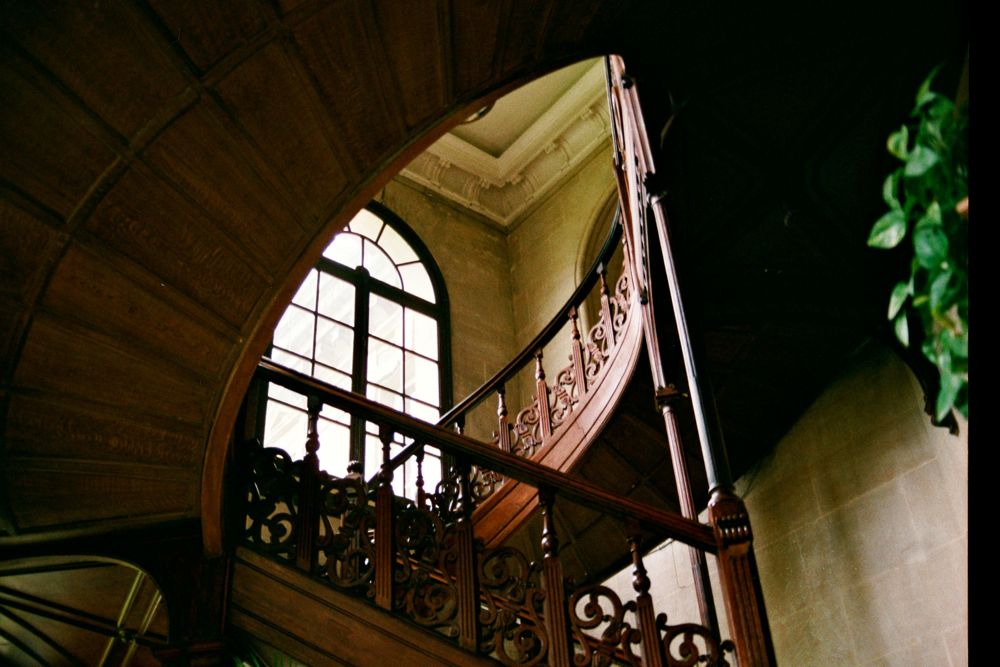 Today, though the town has made of the château’s grounds a much-visited botanical garden, the building itself is locked down and empty, slowly succumbing to the ravages of time and inclement elements.  Yet even in its less than pristine condition, it is graceful and strong, a silent sentinel whose towers and arches guard mute vestiges of the lives that once breathed within its walls. 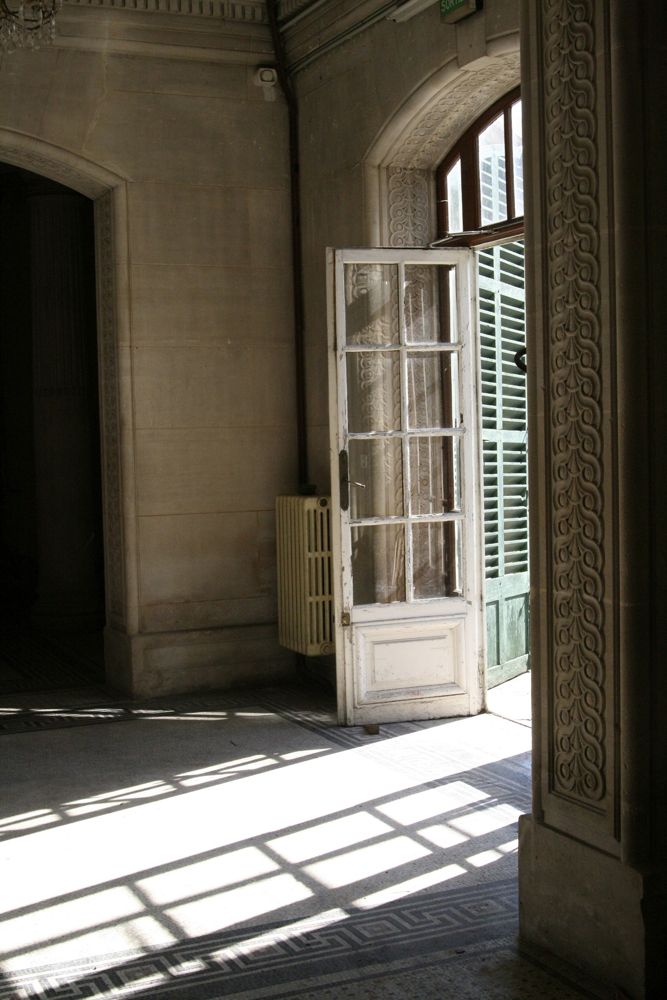 Imagine my elation, a few days before Spring Break began, when Lamorlaye’s mayor agreed to let me enter the castle to take pictures.  I prepared for the project with a flurry of purchases—new batteries for my camera, new Flash Cards that would hold 1,600 pictures, a tripod (borrowed), some horse tranquilizers to help me sleep through the night…  I was “atwitter” with excitement as my mom and I rounded the final corner and caught our first glimpse of our beloved castle.  And then the excitement blurfled (new word—pronounce it carefully and you’ll understand) out of me like stale air from a balloon.  The castle’s roof was shrouded in a giant blue garbage bag and its walls were parasited with scaffolding.  The disappointment was numbingly unexpected and painfully irrevocable.  The blue plastic and metal were there to stay. 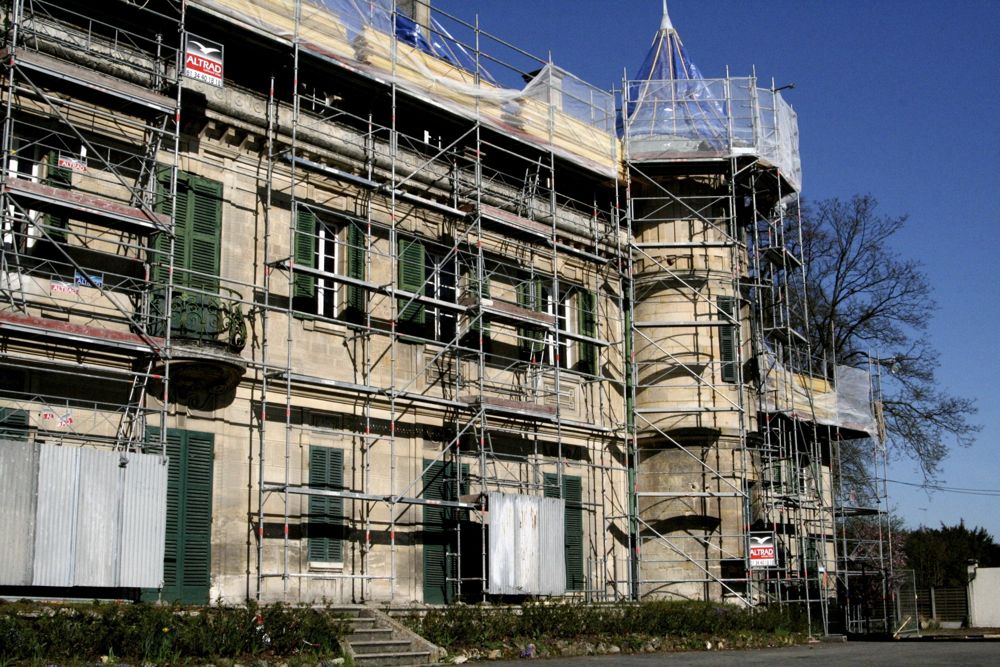 But…  The next day dawned clear and bright.  The picture-taking began at another favorite spot, the “Château de la Reine Blanche”–a diminutive mini-castle in the woods outside of town that stands in tiny splendor by a series of reflecting ponds.  The morning ended inside the much larger Lamorlaye castle.  As workers drove front loaders around its serene grandness and hammered nails into its newfangled roof, the mayor’s assistant (also his wife) opened the front doors and ushered me inside.  I swallowed past the boulder in my throat, gave my index finger a couple of preliminary flexes, and set out in search of gnarly nooks and crusty crannies.  I was horrified to see that all the grand fireplaces had been stripped of their marble by looters, but the tears in my eyes didn’t hamper my picture-taking. 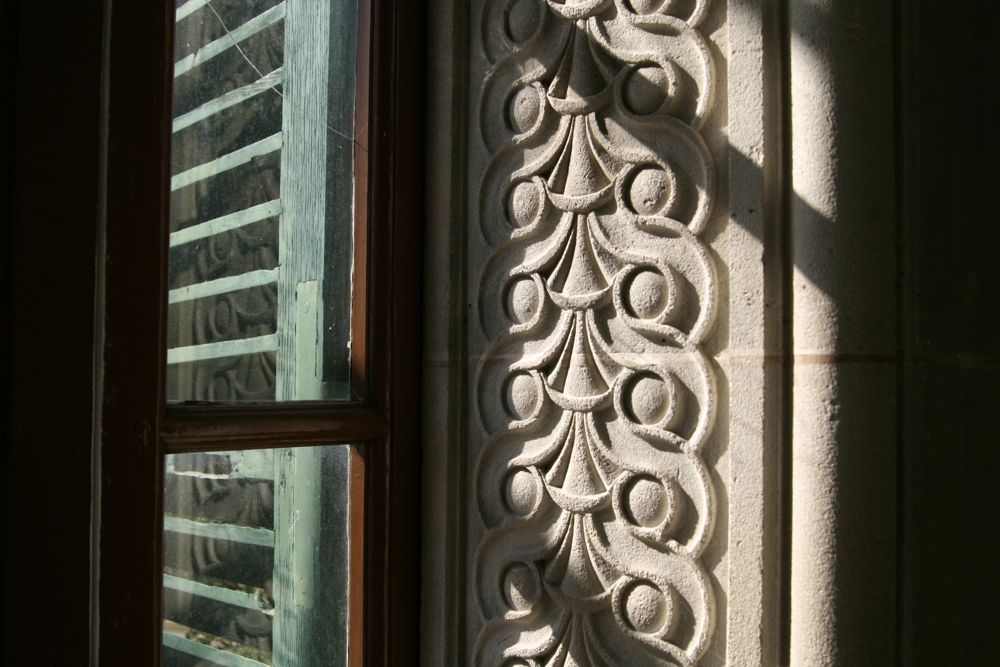 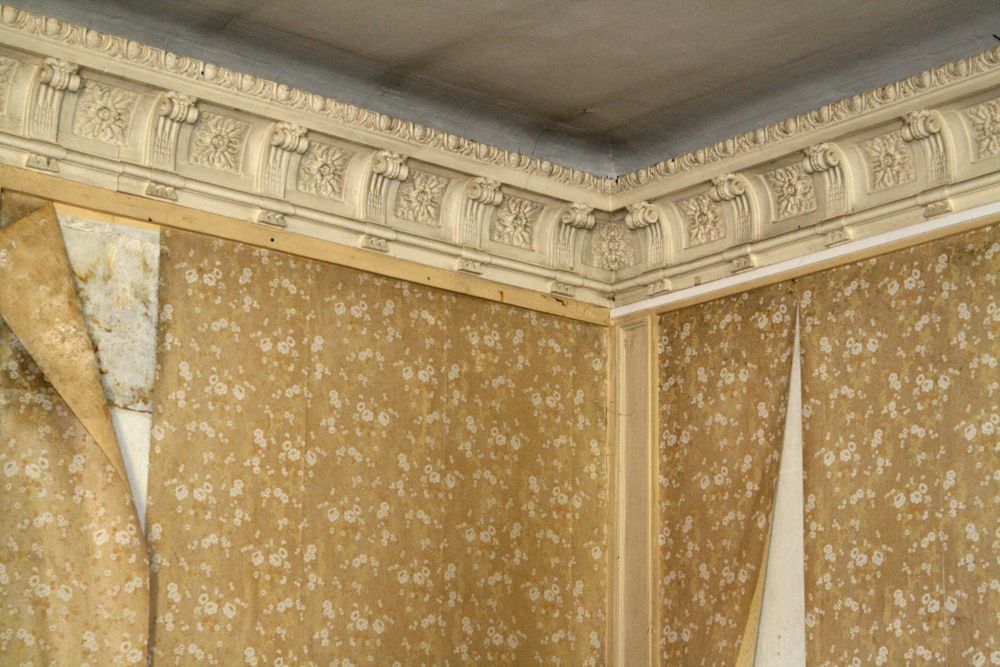 When I was in South Carolina last summer with dear friends of an utterly and inescapably Southern persuasion, we took an afternoon drive looking for homes to photograph.  When Bob decided to join us for the outing, he pointed the car toward places where mansions and manors might be found.  “Bob,” Anne corrected her husband, somehow turning his name into two distinct syllables, “we lookin’ for shackly houses!” 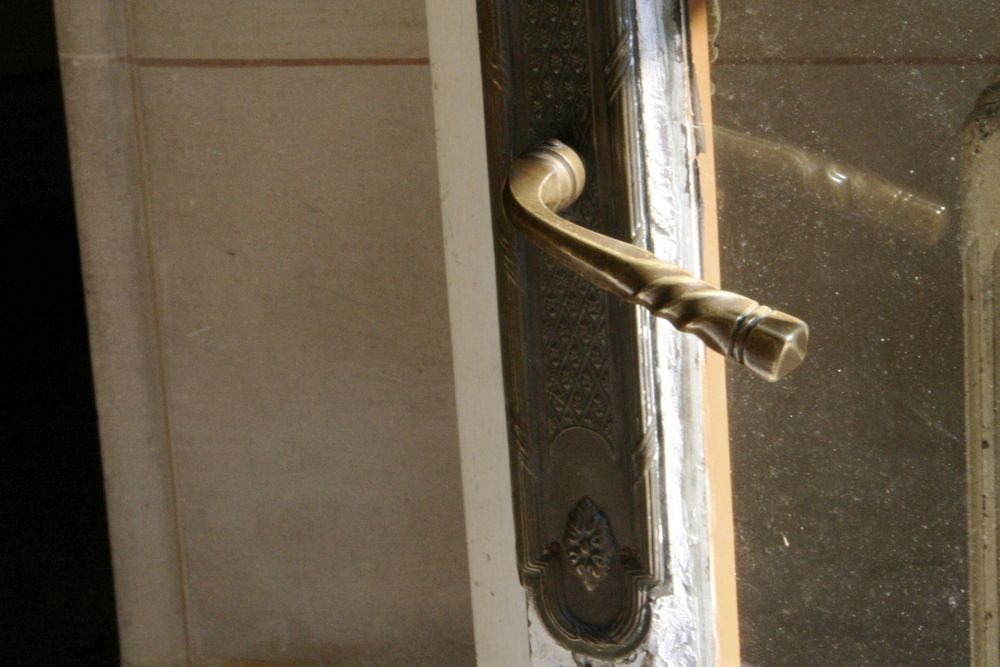 Yup.  I have a thing for shackly houses—the paper-peeling, falling-down kind.  And I have a thing for creased laugh lines and graying hair, because just as “my” castle’s worn marble steps are a testament to the lives that have brushed them, so is my gray hair a testament to the small and large hurdles I’ve leapt and crawled over.  I sometimes joke that the graying patch just to the left of my forehead bears the names of each of my most unruly students, but the fact is, it is a badge of courage—proof that I have weathered a deeply troubled childhood, an unbearable teenagehood, a conflicted early adulthood…and have vanquished an aggressive, twofold “cancerhood.”  I am alive today—I am thriving today—and every one of those gray hairs bears witness to that fact.  Had I ended my existence in my teens, as I twice attempted to do, I’d have never received the gift of being this age—with all the accoutrements that accompany the early 40s.  And for that—for life and joy and health—I love the gray hairs that validate valor and celebrate survival. 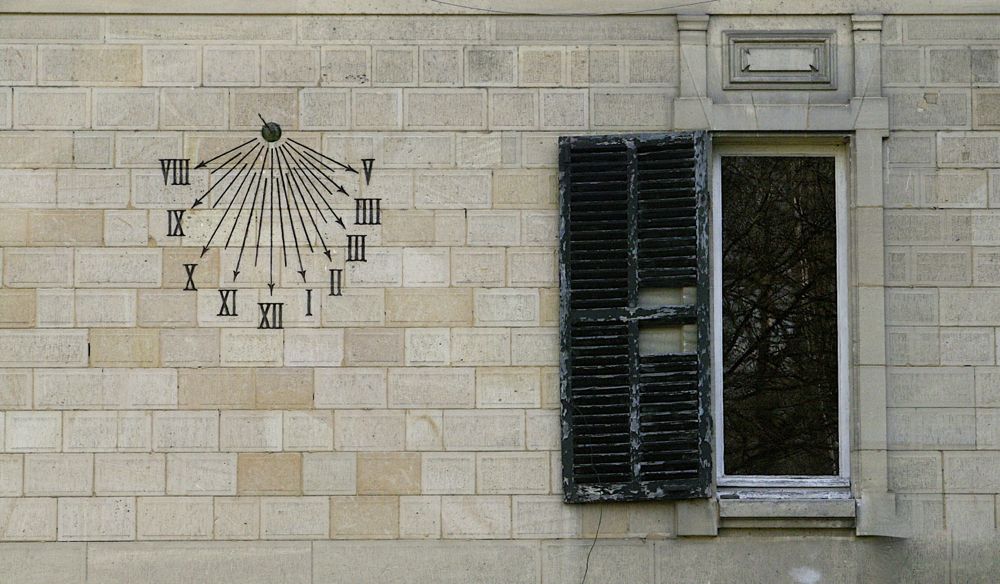 Granted, there’s no guarantee that I won’t want to dabble in dye in the years ahead, but for now, as on that day in my castle, I choose to see the beauty and nobility in the cracks and crevasses and faded hues that somehow emerge from the past and find their meaning in a graying, thriving present. 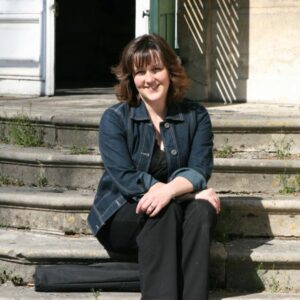 I put together a 6-minute mini-movie of my Lamorlaye days and my recent photo shoot—a gift for my mother on her 71st birthday.  Click on the arrow below to see it.  The first two minutes are portions of a family movie, so fast-forward past them to get to the castle pics.  I hope you’ll enjoy the “shackly” shots as much as I enjoyed taking them.  Note about the music: The first song is “Douce France,” made famous by Charles Trenet. (“Sweet France, land of my childhood.”)  The second is called “Si Ces Murs Savaient Parler,” French for “If These Walls Could Speak.”  I wrote it years ago with a composer-friend, Frank Herrgott.  It describes the generations of stories that are “stored” in the walls and spaces that surround us.  If only these castle walls could speak…