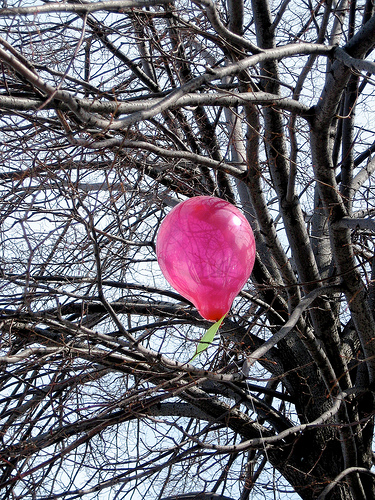 Meet Bob.  He’s the father of BFA-teacher Mike Hill. This week, he celebrated his 48th wedding anniversary, and he marked the occasion with a romantic élan that would make a Tramp (ie. “Lady and the…”) proud.  He bought a helium-filled balloon and attached a note to the end of its ribbon, inviting anyone who found it to write if they felt so inclined.  The point, of course, was to see how far the balloon might travel and to possibly meet someone nice in the process.  Things started to go awry when Bob released the balloon.  Instead of dancing gracefully into the air, it caught of gust of wind and careened headlong into one of the tall trees lining the yard, hopelessly entangled and just out of reach.  Undeterred, our romantic protagonist fetched a long pole and attempted to free the ribbon and Mylar trapped in the branches.  One strong thrust into the tree sent the balloon even higher and lodged the pole so firmly in the branches that it too got irretrievably stuck.  So much for romantic élans and random connections with balloon-chasing strangers!  I’m not sure of what Bob did when his plans derailed, but the account of his escapades took me back a few years to a few of my own greatest misadventures.

Meet seventeen-year old Michele.  It was a big day—the song I’d been practicing for weeks was about to be heard and evaluated by one of BFA’s Music Festival’s adjudicators.  I was scared.  My legs were visibly shaking.  My tongue felt swollen and there was apparently a hamster lodged between my vocal chords.  But I sang.  And I thought I did fairly well.  After I’d sat down again, my friend leaned over and suggested, rather frantically, that I should pull my skirt down.  Its hem was caught high up in my pantyhose, you see, and I’d just exposed my undies to all in attendance.  You know what I did?  I lost it.  I sank down in my seat and pulled my skirt free and tried to make believe I was on a beach in Hawaii.  And then I got mad–at the festival, at the judge, at whoever had invented pantyhose in the first place!  I probably cried too.  It’s what I do when I’m angry…which causes more frustration, which causes more tears, which cause…  You get the drift.  I was far from impressive. 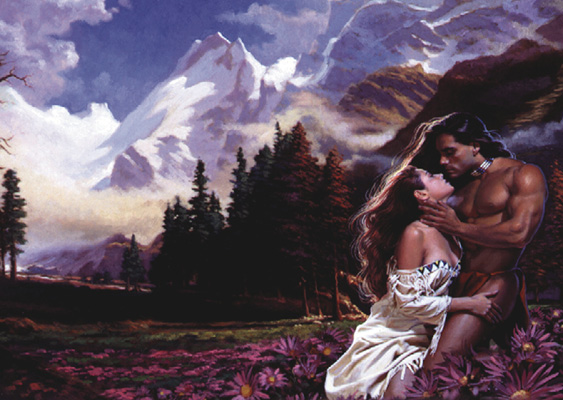 Meet 21-year old Michele.  I’d just written over thirty pages of a massive writing project that would (I wrongly hoped) make of me the John Steinbeck of my generation.  It was a tacky (t-a-c-k-y!) romance, but I was convinced I’d be able to sell the manuscript to Harlequin for about three and a half million dollars.  It had all the necessary plot elements: slightly needy girl, athletic guy, charismatic dog and the kind of chemistry only a college student who’d never had a real boyfriend could have drummed up (forgive the dangling participle).  I still have a copy of the manuscript sitting around somewhere, but the mere thought of “Ravages” (original, huh?) seeing the light of day makes me blush—and not in a good way. 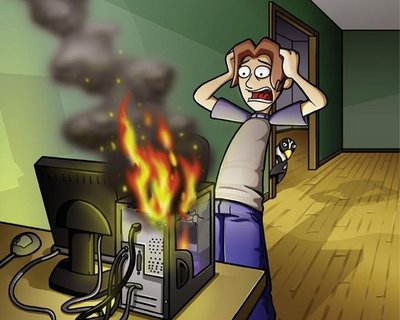 So on that day, I was sitting in my parents’ house, staring at the small screen of one of Apple’s first desktop computers—an ungainly contraption that was really only a notch above the old chisel-and-stone.  Click.  Off went the electricity.  Pflk.  Off went the screen.  And away went the thirty pages I’d forgotten to save while lost in the throes of excessive creativity.  Thirty pages I couldn’t possibly reproduce, as they weren’t the product of outlines or notes, but had simply “flowed,” unscripted, from my mind.  You know what I did?  I cried.  I yelled at my dad (who had been tinkering with the fuses and had caused the outage).  I declared that I would never be a writer and allowed my brain to fall into such turmoil that any recollection it might have had of what I’d written evaporated.

Meet 42-year old Michele.  Present day.  Last Thursday, to be exact.  The bell had just rung and I was rushing from the Creative Writing class I teach to the Choir class I direct (it’s a bit like herding hyperactive cats).  I got to the choir room door and found all 47 of my singers crowded noisily into the hallway outside.  We’d been kicked out of our classroom.  With just a few days to go before from Spring Break and a ton of loose ends to tie up before then, the timing was terrible and the potential for crescendoing chaos overwhelming.  AND I was feeling fat (which has nothing to do with anything, except that it colored my state of mind).  There were no other classrooms available, so off we went, all 58 of us, to stand by the creek for an hour.  Have you ever tried to keep that many teenagers quiet during the last hour of the school day while they’re standing by a creek watching rain clouds roll in?  It’s…taxing.  The only upside was that it afforded yearbook photographers the chance to take some candid photos (featured here).  The downsides?  Frayed nerves.  Visibly graying hair.  A voice a little shriller than I wanted it to be as I barked orders and yapped instructions and stifled my frustration under icy poise.  We did manage to sing a little, minus a piano and everything else that makes Choir bearable.  And I think a bit of fun might even have ensued despite the director’s less than noble state of mind! 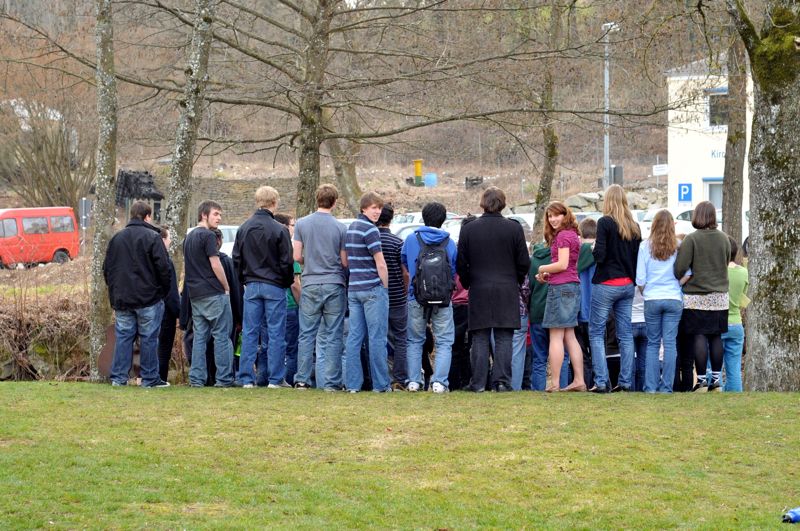 When I heard Bob’s balloon story a couple days ago, I was reminded of some of the “aborted balloon flights” that have stretched my patience.  I realized (again) that no matter how well we manage to “sanitize” our behavior on good days, it’s on those less-good days, on the balloons-caught-in-trees and skirts-tucked-into-pantyhose days that our genuine selves rise to the surface.  Although it matters how I comport myself every day, my behavior on days when I’ve suddenly lost 30 pages of writing reveals who I really am.  It’s in the unscriptable moments of life that I most vividly show my weaknesses.  Oh, I can anticipate circumstances and try to predict my reactions, but only after I find myself standing by a creek trying to control an unruly bunch of over-excited teenagers will I truly be able to measure my patience, my adaptability and the godliness we’re all supposed to emulate. 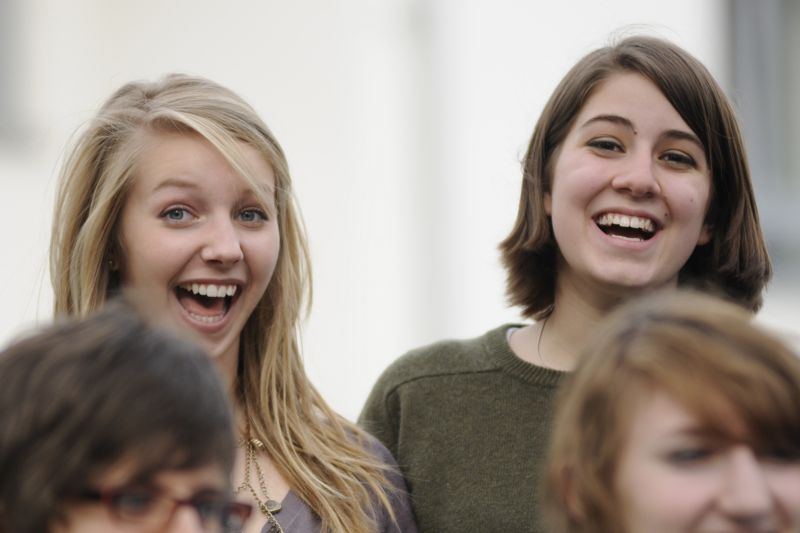 The good news is that I’m still a work in progress and might actually respond better the next time I’m broadsided by chaos.  The bad news is that I have no earthly idea when the next challenge will come.  What I do know is that I’m not satisfied with impatience, anger or frustration.  I seek to be a woman who “is clothed with strength and dignity; [who] can laugh at the days to come.  She speaks with wisdom and faithful instruction is on her tongue.”  (Prov. 31)  I’m working on it—sometimes successfully and sometimes dismally.  …But just to be safe, I’ve tucked a whistle, a bat, and a bag of candy into my choir bag—attention-getting, discipline and reward are the staples of teaching, after all! 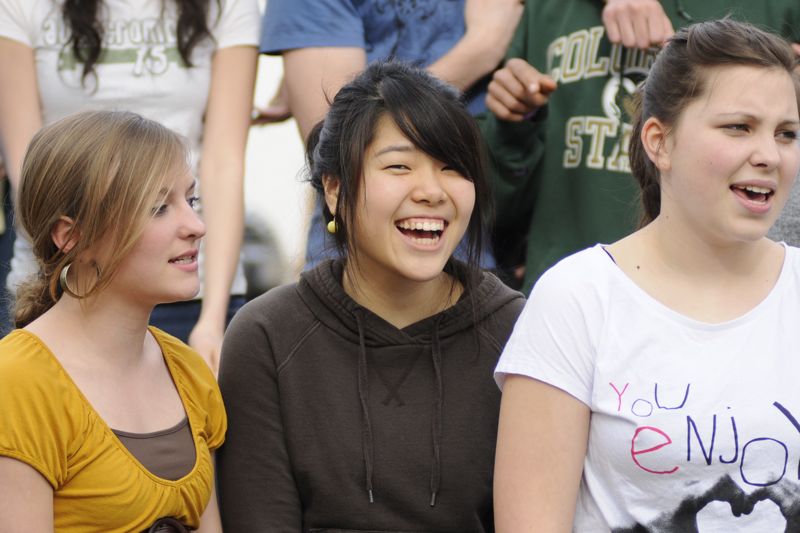 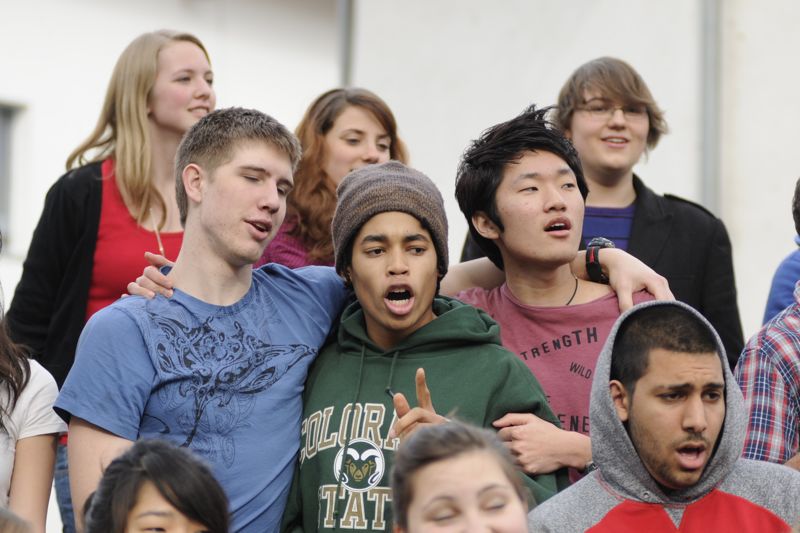 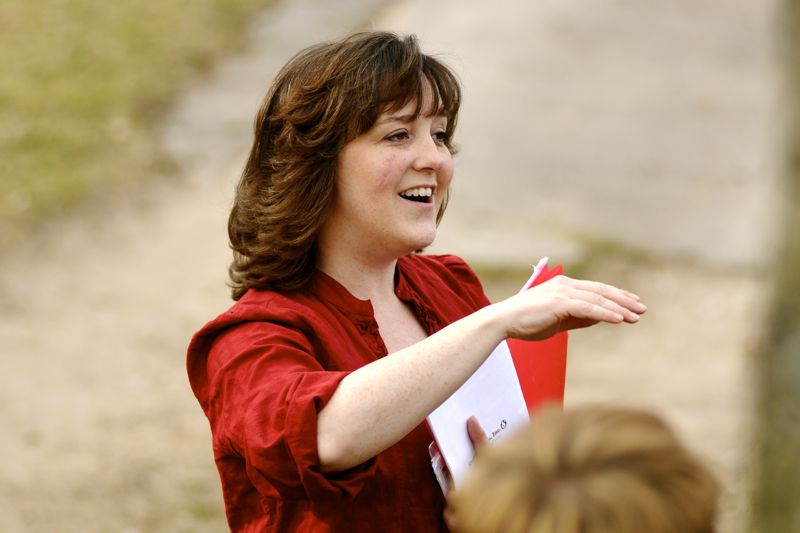 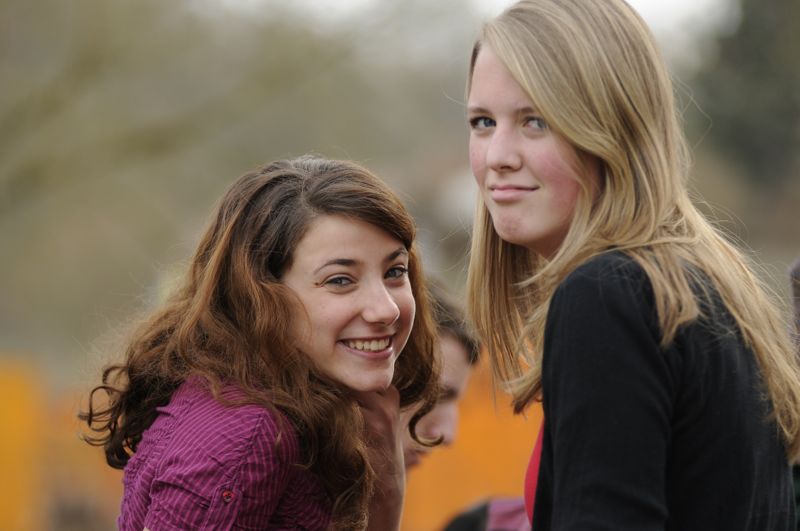