LARA, BROOMS, AND OTHER CLOSE CALLS

(See bottom of post for my official b-day portrait–I LOVE it!)

There’s a sort of unwritten rule among bloggers that birthdays are supposed to be marked by meaningful musings about the past and the future. I had intended to write such an entry. I’d even chosen the title: “Forty-Two Brooms.” The French tend to refer to one’s birthdays as brooms and, well, come Friday, I’ll officially own 42 of them. But unwritten rules are the easiest ones to break, and I intend to do just that tonight.

It is 2:00 am.  The past 6 hours have held more worry and exhilaration than should ever be combined in any amount of time. They’re usually mutually exclusive, you see, but they were intimately intertwined tonight–a messy collage of music, brooms and my mother’s rush to the ER. 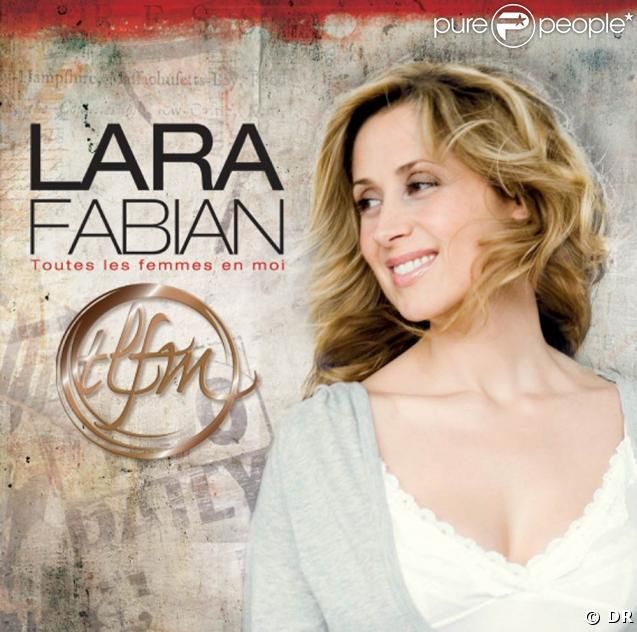 Lara Fabian is a singer known mostly in the francophone (ie. French-speaking) world, though she has worked with the likes of David Foster and Steven Spielberg. She is an artist of astounding talent—Josh Groban’s vocal prowess and old Hollywood glamour—and probably most closely resembles the type of superstar I’d want to be, had I been given her voice, her face, her frame, her personality and everything else that makes her her and leaves me, sadly, me. If you’ve never heard of her, I encourage you to watch the video below (a rare song in English), being patient to let her build up to minute 3:10. I dare anyone to emulate the key change that happens there. It’s other-worldly. Trust me—I’ve tried to pull it off and have the bruised vocal chords to prove it!

Lara was performing in Strasbourg tonight, about 1 1/2 hours from home. I’d heard about the concert during Christmas break and found a ticket—a single seat, 8th row center… My mom, who knows about the fascination I’ve had for this singer since the mid-90’s, had offered to buy the ticket for me as a birthday gift, and I’d spent the past month counting down the days. 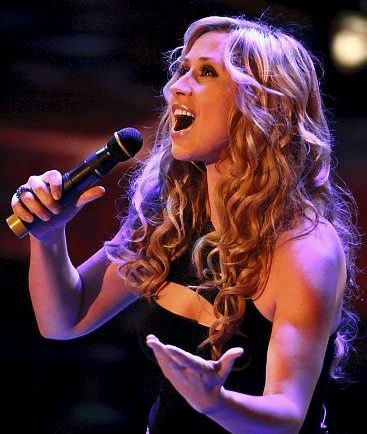 The plan was simple. I’d leave around 6 tonight, take a leisurely drive north to Strasbourg, find some place to eat, wander into the giant “Zenith” (concert hall) about a half hour before the performance and then sit back to bask in the musical glory that is Lara Fabian. But when I got home from work at 4:30, I found a message from my mom (in Canada) informing me that she’d spent the better part of the night on the tile of her bathroom floor, unable to move after a bout of severe vertigo. Someone was on the way to drive her to the emergency room. I got her on the phone immediately—she sounded horrible. Scared and weak. And I felt my world begin to collapse around me. Mom is a strong woman who doesn’t panic unless she has good reason—and there was an edge of fear to her voice that I’d never heard before. “What if’s” pounded me from all directions—and one in particular drove the breath from my lungs and rendered me weak-kneed. What if my mom didn’t make it. What if I had to face a tomorrow, then another, then another, without my mom in this world. There was nothing I could do—an ocean separates us. The impotence was overwhelming. 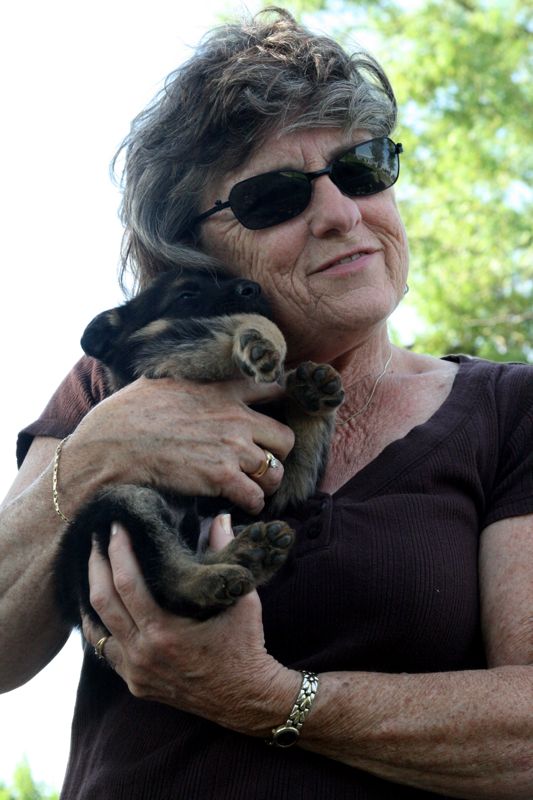 Six o’clock ticked by while I placed call after call, waiting for a doctor to finally see my mother. By 6:30, I knew that the concert wouldn’t happen for me. It didn’t really matter anymore—not when Mom was ill and not yet cared for.   At 6:45, I asked if I could speak to my cousin, who was with my mom, to find out what she knew. I mentioned the concert, though there was little in me that still wanted to go. When my mom heard the word, she perked up just enough to say “Tell her to go,” then went back to clutching her kidney dish and willing the world to stop spinning. A missionary, even a deathly ill one, will NEVER let good money go to waste! I was torn—torn. It was almost too late anyway, and how could I go out for entertainment when I didn’t know how bad my mom’s condition was? 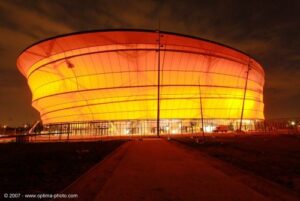 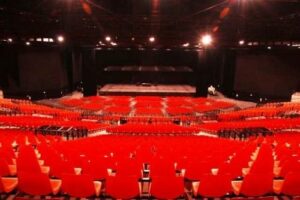 And then I remembered that the concert was her birthday present to me. With raging misgivings, I called my brother and asked him to leave a message on my phone the minute he knew anything new, then I headed for the door. I had one hour and thirty minutes to make a one hour and forty-five minute drive and get to Strasbourg before that curtain rose. I made it into the Zenith in an hour and 25 minutes, arriving with five minutes to spare and fourteen cop cars trailing me…not really—but they should have been! (My Daddy didn’t raise no wussy driver.) Feeling very small and very alone in that 10,000-seat space, I wondered again (as I had all the way there) if I’d been right to go. 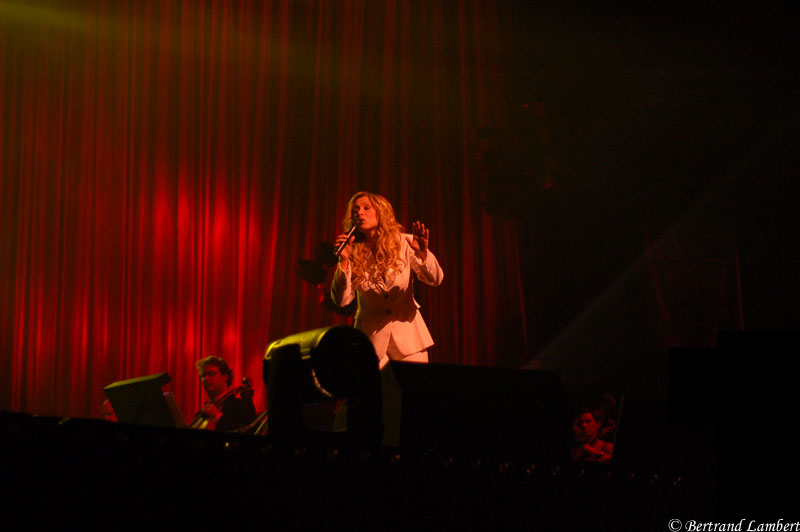 The lights dimmed and Lara Fabian appeared just behind me, singing and interacting with the audience as she made her way to the stage. I looked across at a teenage girl who was crying in her mother’s arms and began to judge her for her shallowness—then realized that I was crying too…and not just because the French audience all around me was braying along with Lara in tone-deaf exuberance. Someone please explain to me how an entire nation can be so broadly pitch-challenged! I felt stupid for a moment. A star-struck teen weeping at a concert is one thing, but a star-struck soon-to-be 42-year old? And then I remembered that I was also a 42-year old who was terrified for her mom, wondering if she’d made a mistake by attending the concert, and inexpressibly moved by The Voice that sang with the kind of intimacy and sincerity no one else in the music industry can match. I gave myself permission to cry. And when Lara, who sings very few songs in English, launched into “The Wind Beneath My Wings,” I lost it altogether. The strangers sitting next to me appeared a little perplexed, but there was nothing I could do to reel in the emotion.

The concert ended. I collected the pile of Kleenex littering the floor around my feet, brushed some mascara from the underside of my chin, and made my way into the frigid night for the long drive home, breaking nearly every speed limit in my eagerness to get to my phone and find out the news. There were no fast-food joints open at that hour, and I briefly considered that it had been 12 hours since my last meal. It’s during that drive that I came to the conclusion that the best way to mark the passage of another milestone is undoubtedly to honor the woman who gave birth to this soggy mess many years ago. Because I realized tonight just how utterly lost I would be without her in my life—how bereft and rudderless—and how blessed I am to know the friendship we share, to daily feel the warmth and comfort of her wind beneath my wings. So, Mom, happy birthday to you. Because 42 brooms ago, you brought me into this world so God could give you to me. There is no one I love more—though George and Lara tie for a close second! Be well. Stay strong. This daughter of yours may be fiercely independent and living a world away, but I need you in my life. So please—please—don’t go anywhere just yet.

(PS: She was home by the time I got back from the concert. Weary and recovering. The doctors diagnosed severe vertigo, put in an IV for dehydration, and gave her some meds. The crisis is past—and I’m so grateful that it ended as it did. On a completely different note, I realized upon waking up this morning that it had now been 20 hours since my last meal. I made a beeline for the kitchen and the set of scales that lie behind the door. Stepped on. Waited for the digital numbers to appear. Then did a little happy dance—for the numbers, for my mom…and for another year of life.  My official birthday portrait is below!) 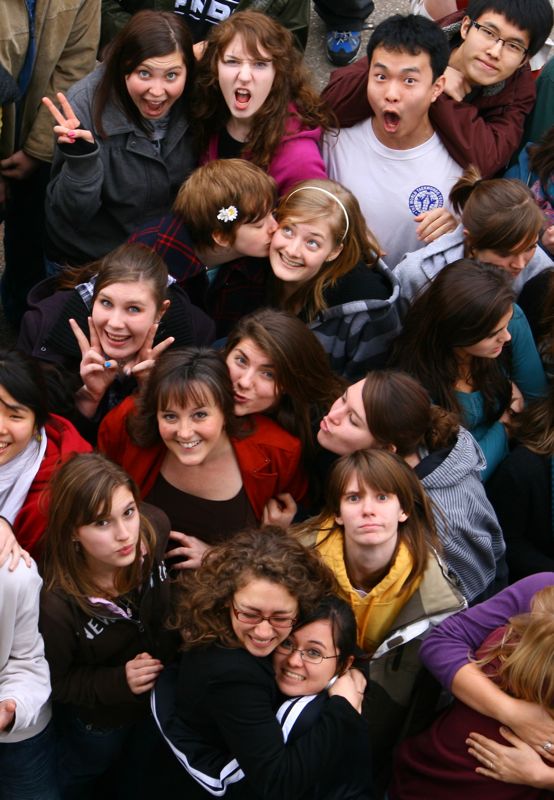