LESSONS FROM “THE SWINE”

I’m an idealist at heart. If I had any control over this planet, teenagers would have a “mute” button, cheesecake would be calorie-free, and garbage would walk itself to the curb. Sadly, if I’ve learned anything in the past week, it’s that my control over circumstances only extends so far. The last days before a major play performance are supposed to smooth-sailing: the lines are learned, the blocking is second-nature, the set is built, the lights are adjusted, and all a director like me has to worry about is keeping the troops fed, focused and just fearful enough to still invest effort.

On our dress rehearsal day, one of our lead actors was throwing up. We had 20 people in the audience, a brand new actor trying to learn lines and movements, and a cast destabilized by all the upheaval. “At least it happened now and not next week,” I kept telling myself. The official performances are more important than rehearsals, after all. Two days later, Reece was still throwing up. 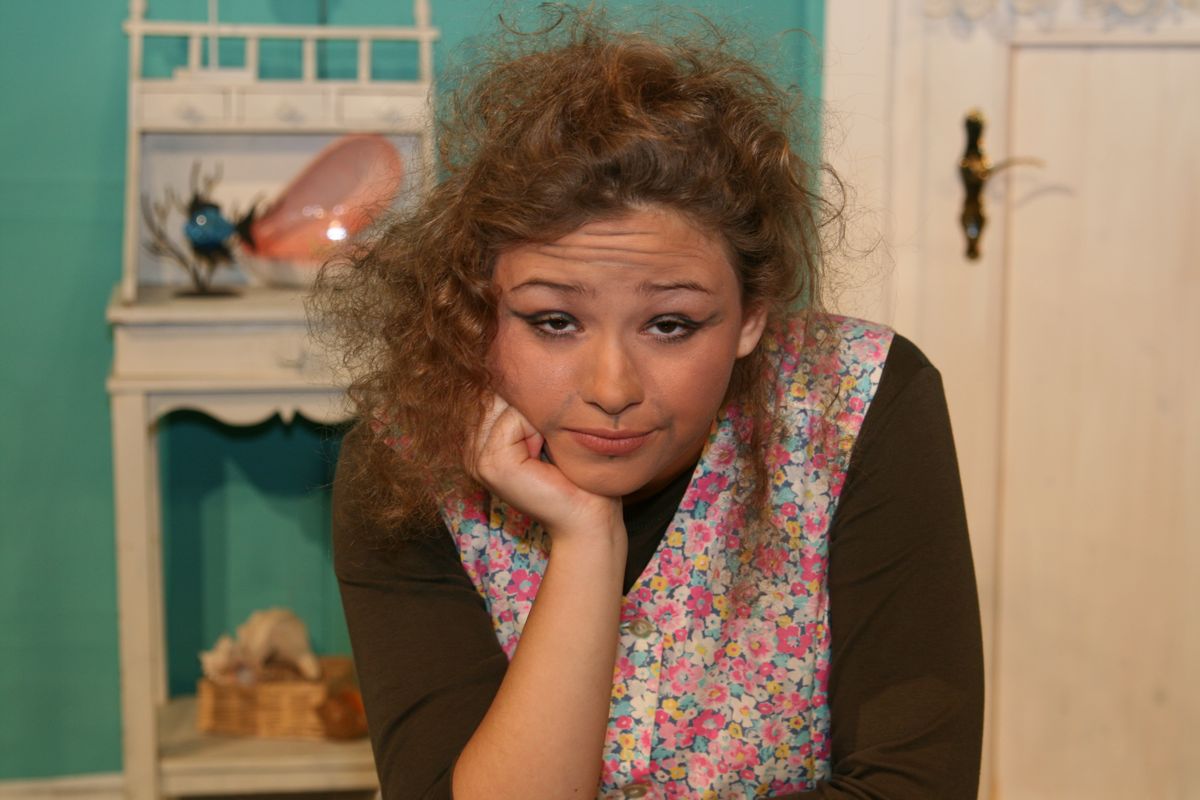 Enter The Swine Flu. Rachel was coughing on Monday. Her temperature spiked on Tuesday. On Wednesday, with two days to go before performance #1, five BFA students had been tested for “The Swine” and I started to hear rumors about shutting down the school to prevent contamination. On Thursday, the day before opening night, Rachel was still out, Reece was still iffy, and tests had come back positive. More talk of closing our doors. More rumors of postponing the play until the end of the epidemic. 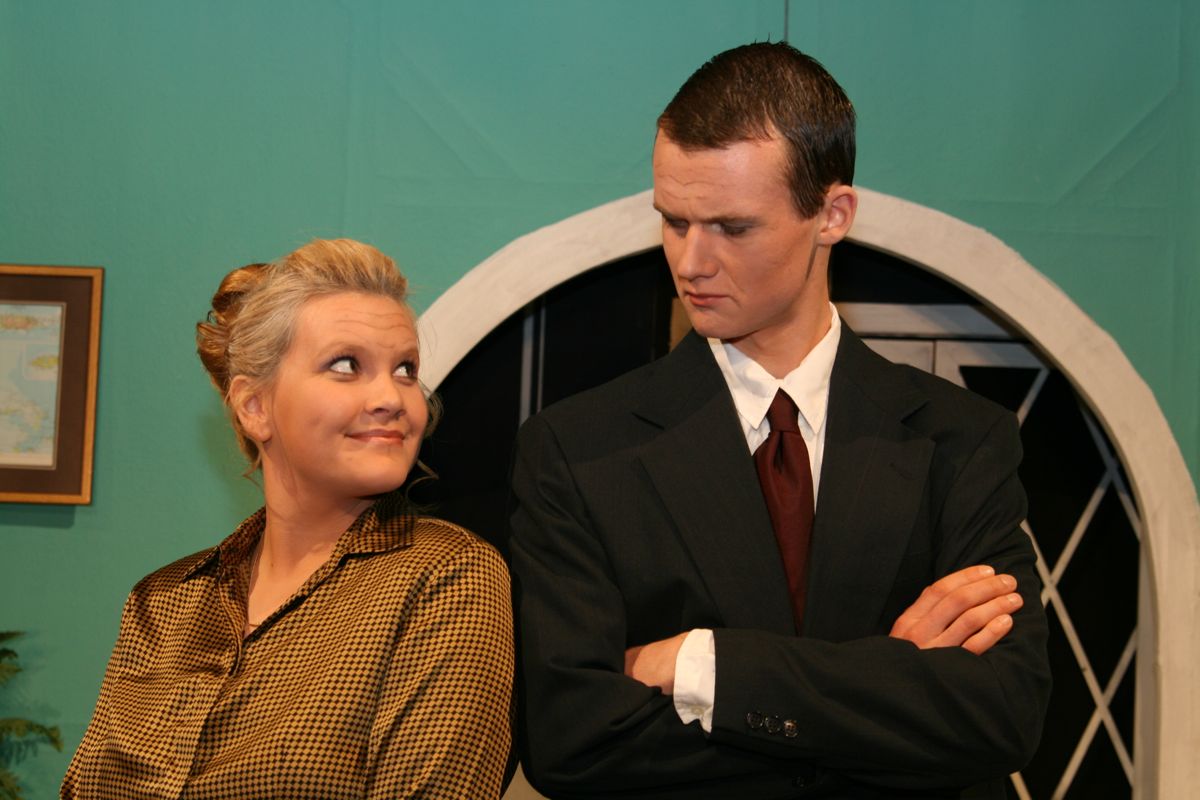 Friday morning: Opening Day. More positive test results. An announcement is made in chapel that the school is going into Swine Flu Mode. Students confined to their dorms until Wednesday. No school until then. No extra-curricular activities. But the school play will happen on Friday and Saturday evenings as planned, albeit with one fairly comical caveat: the audience will have to wear masks. 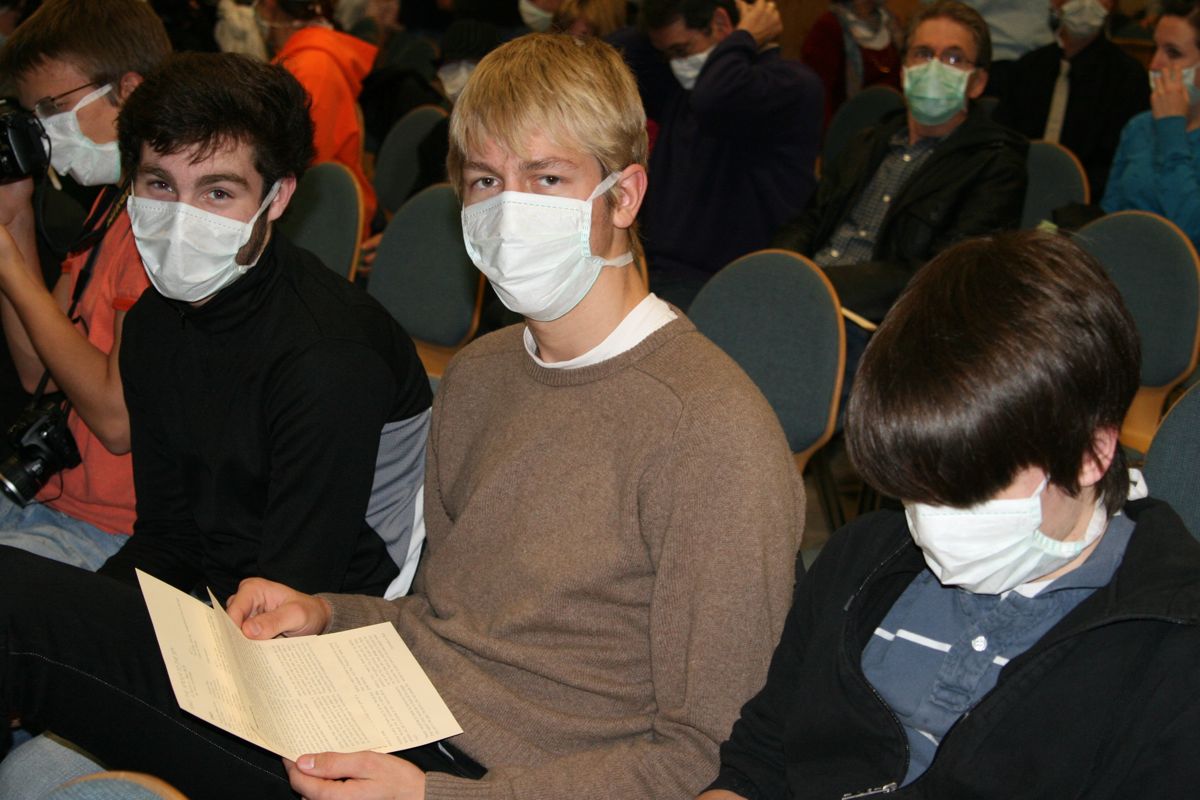 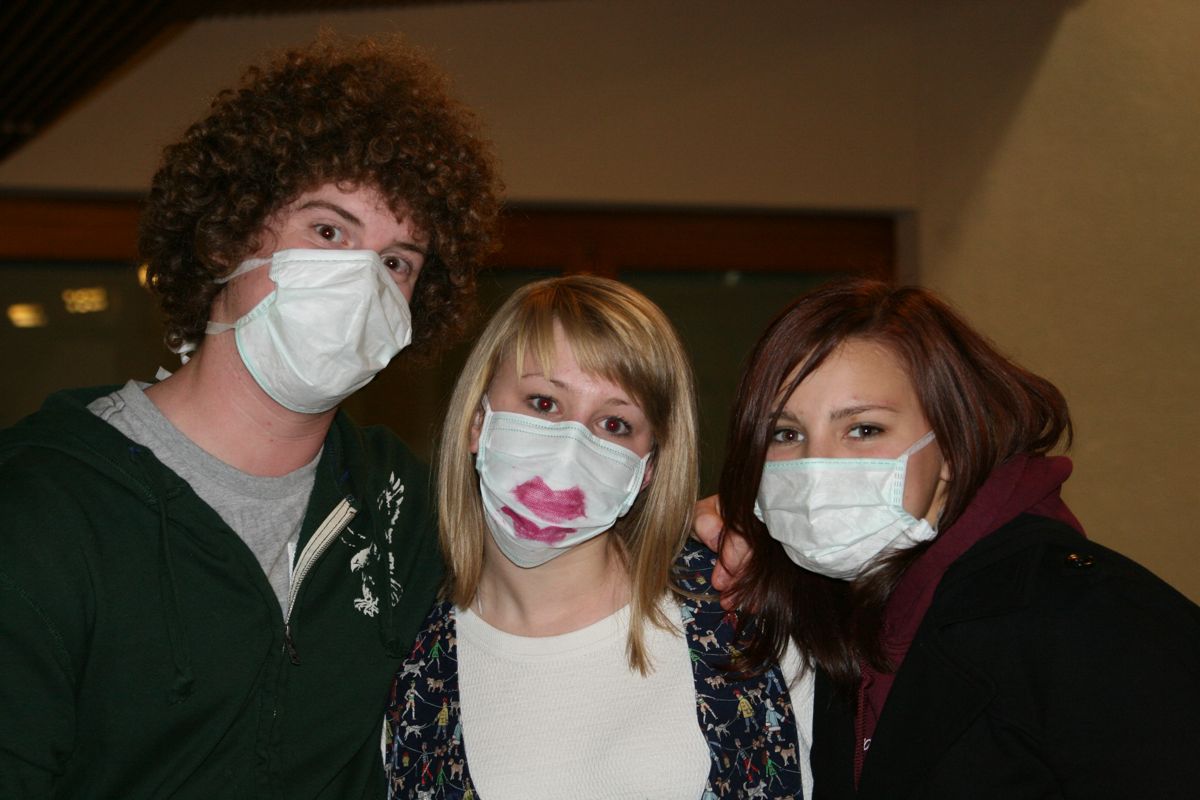 It wasn’t until 3 pm on Friday—a handful of hours before the curtain went up—that we knew Rachel would be able to act. Needless to say, my usually dormant ulcers were wide awake and twitching by then! 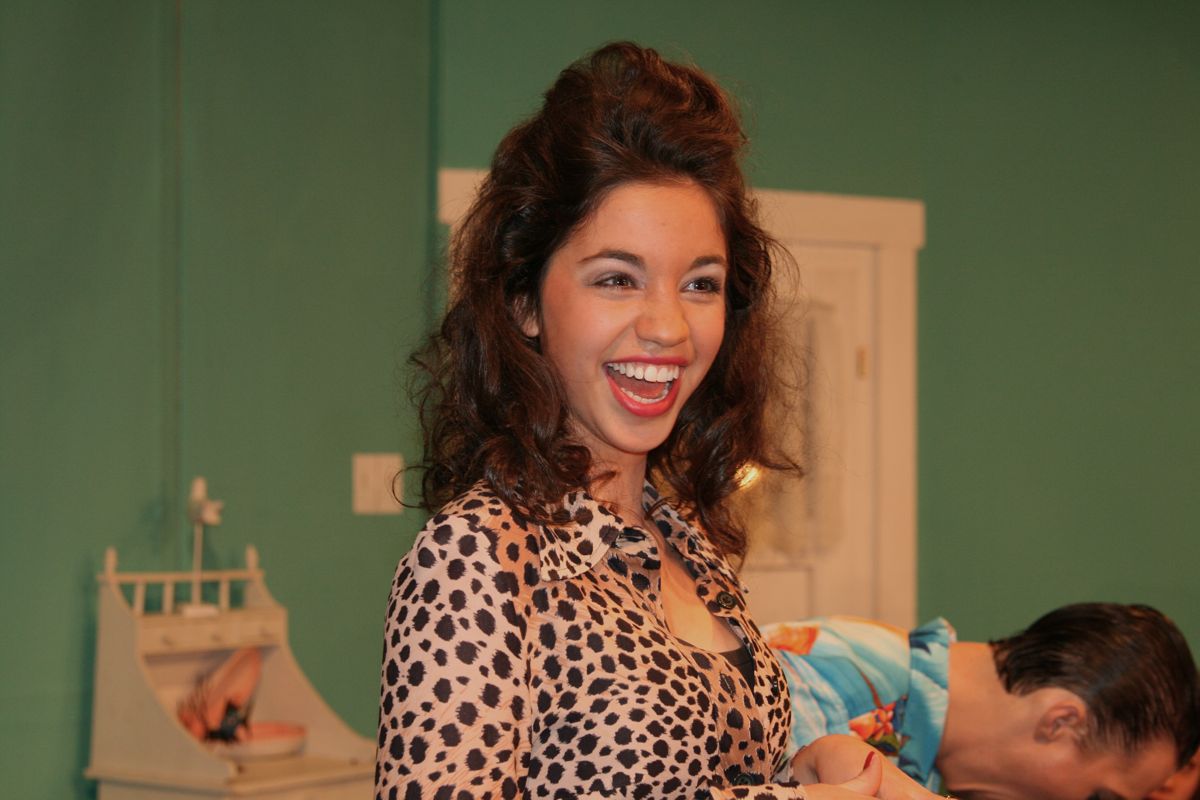 Lessons learned: When something unpredictable like swine flu points the business end of its barrel at you, take a deep breath and brace for the unpredictable. 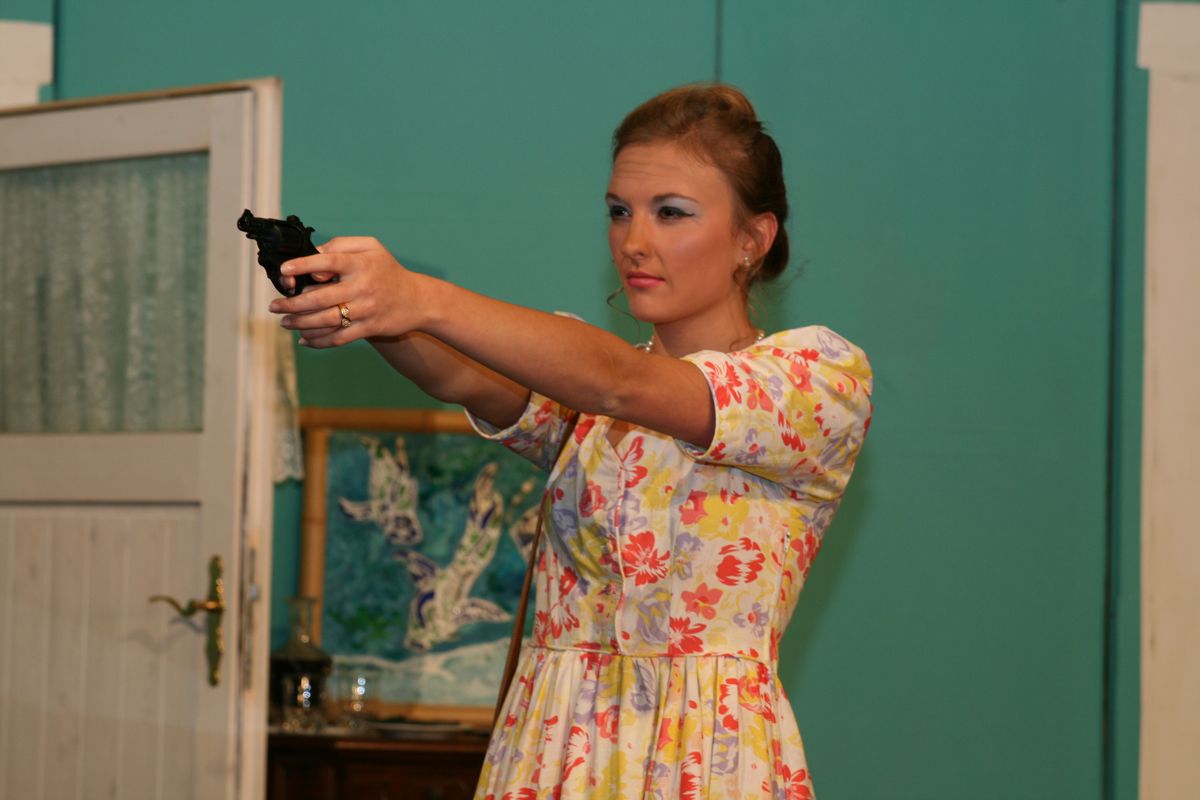 When the culmination of ten weeks of work and preparations might not happen, when actors might not be able to act and 500 audience members might have to be re-ticketed for a postponed play, relinquish control and develop contingency plans! Things don’t always turn out the way we want them to. We cannot control illnesses. We cannot control contagion. We cannot control the decisions authorities make that may completely derail our best-laid plans. What we can control—what we must control—is our reaction to the unpredictable. 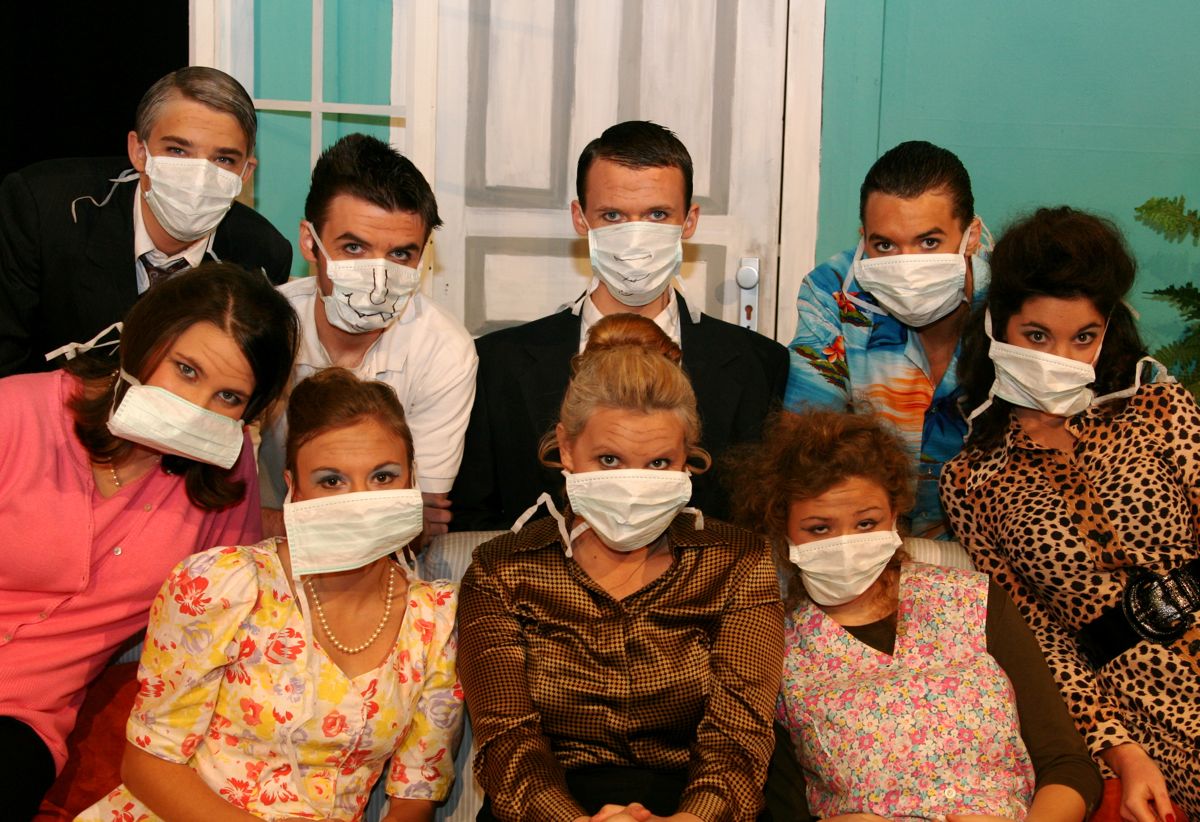 I sat down with the cast a few days before the play, with visions of diseased pigs swirling in my mind, and encouraged them to invest their energy in setting their minds to “mature acceptance” mode, so that their (our) reactions to whatever verdict was given would be a testament to God’s work in all of us to build graceful surrender and productive disappointment. It didn’t come to that—I’m SO GLAD it didn’t!—but if it had, I like to think we’d have absorbed it, dealt with it, and moved forward. I also like to think that my giant garbage can is walking itself to the curb even as I write… Idealism can be a tricky thing. 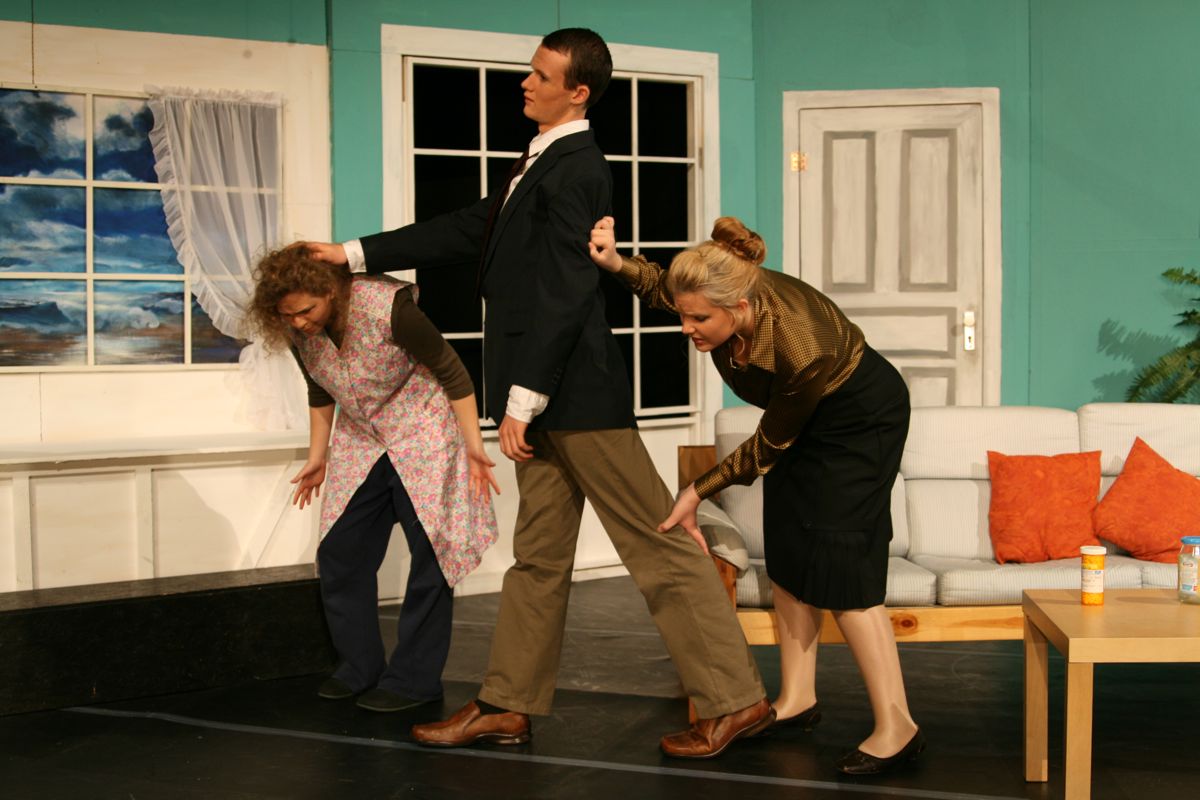 The play went off beautifully, our masked audience laughed and cheered, and “drama season” (onstage and off!) ended with a bang. In the program, to mark the moment, we printed this: The cast and I would like to dedicate this play to pigs around the globe. We know they’re not responsible for the Swine Flu that made of this play a greater adventure than it should have been, but we’re thankful that their namesake disease has taught us indelible lessons about trust, flexibility, finding calm amid upheaval, and the fashionable wear of masks at public events. 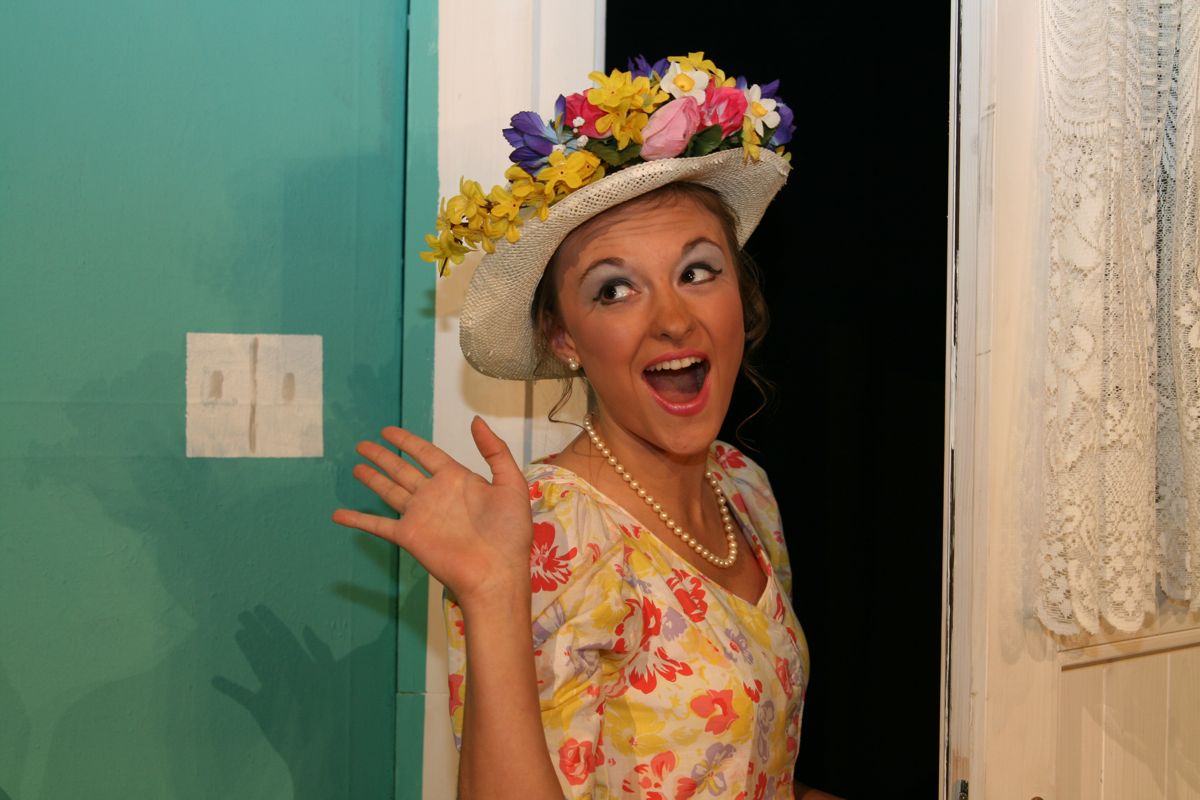 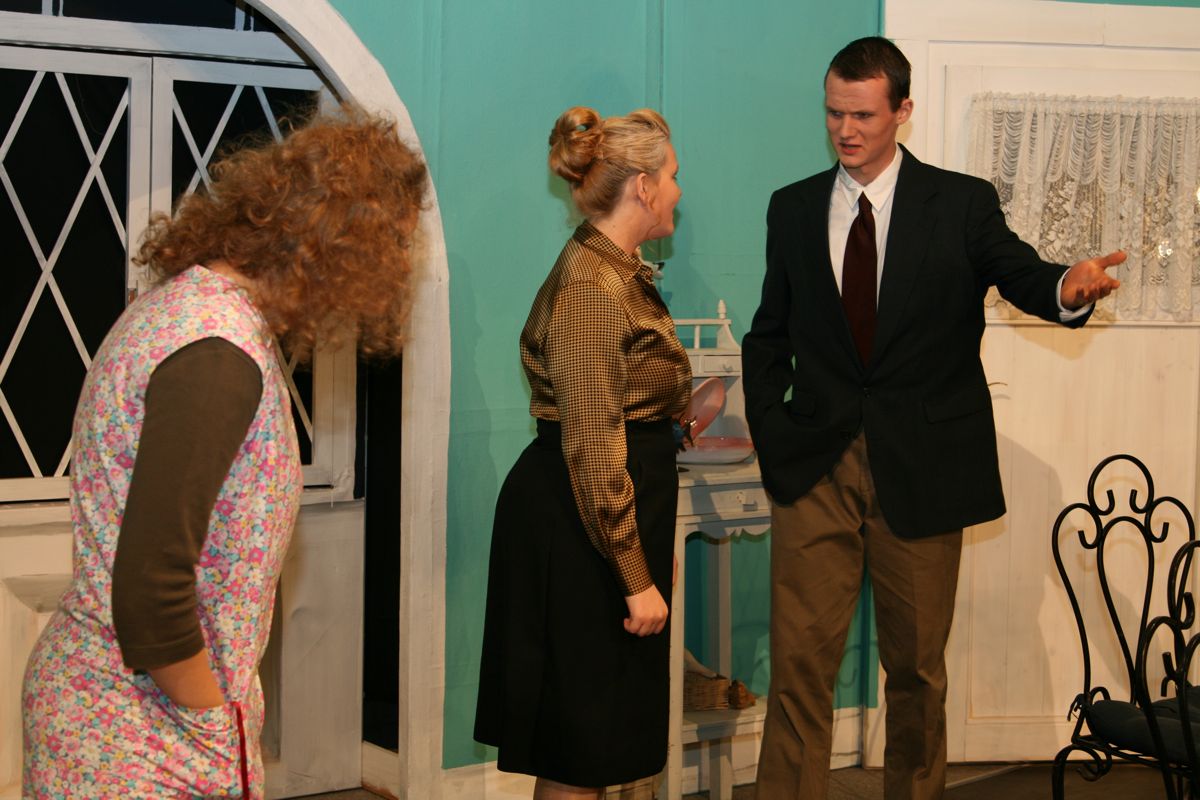 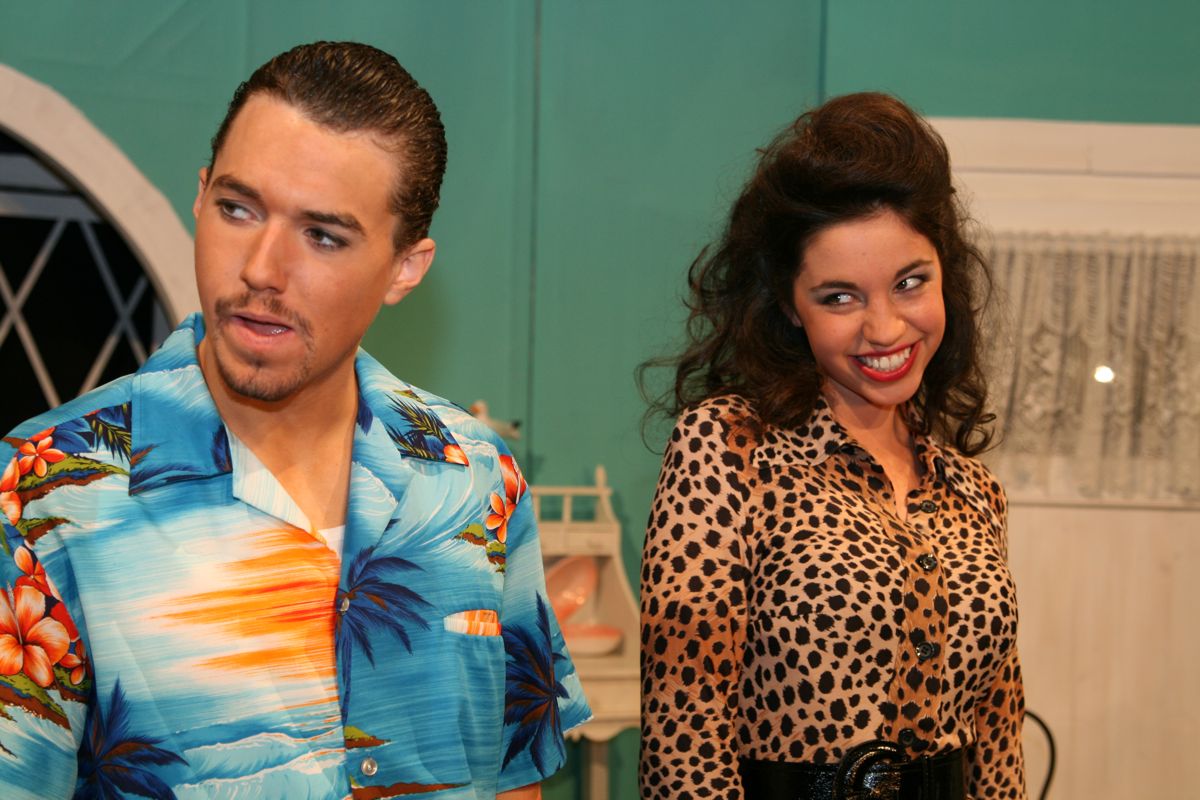 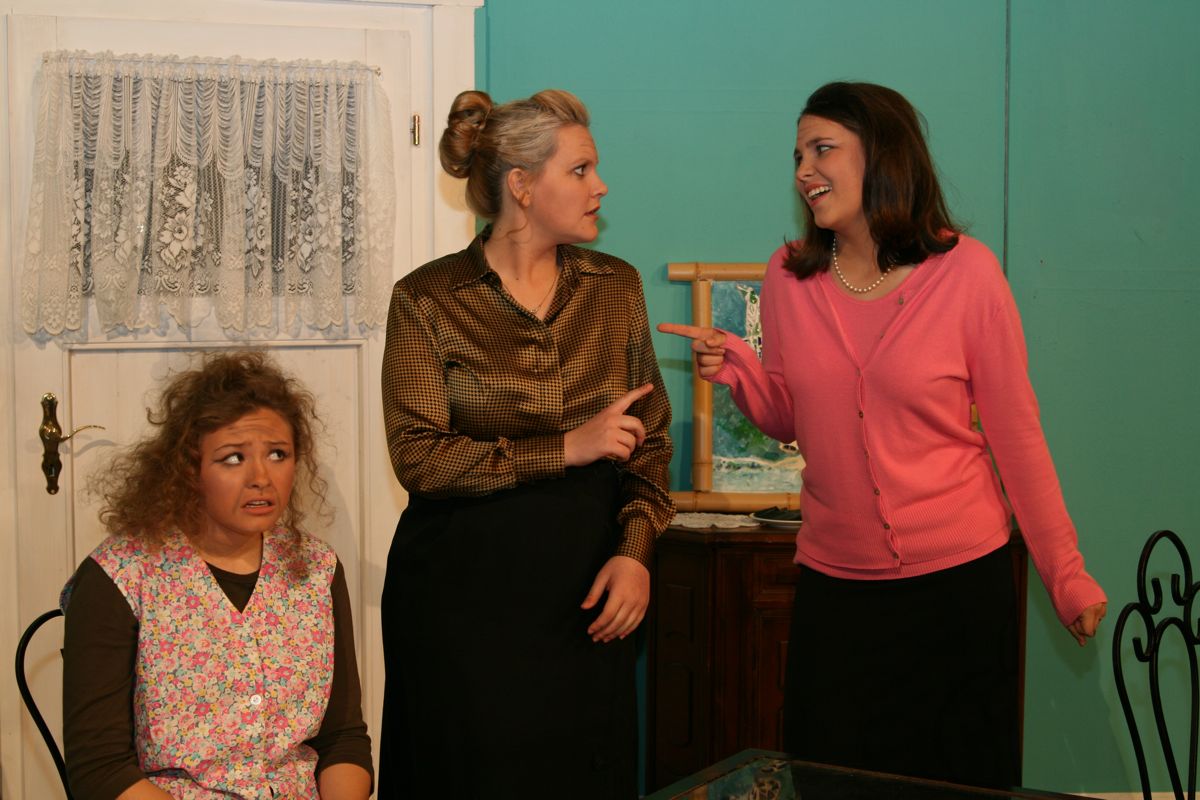 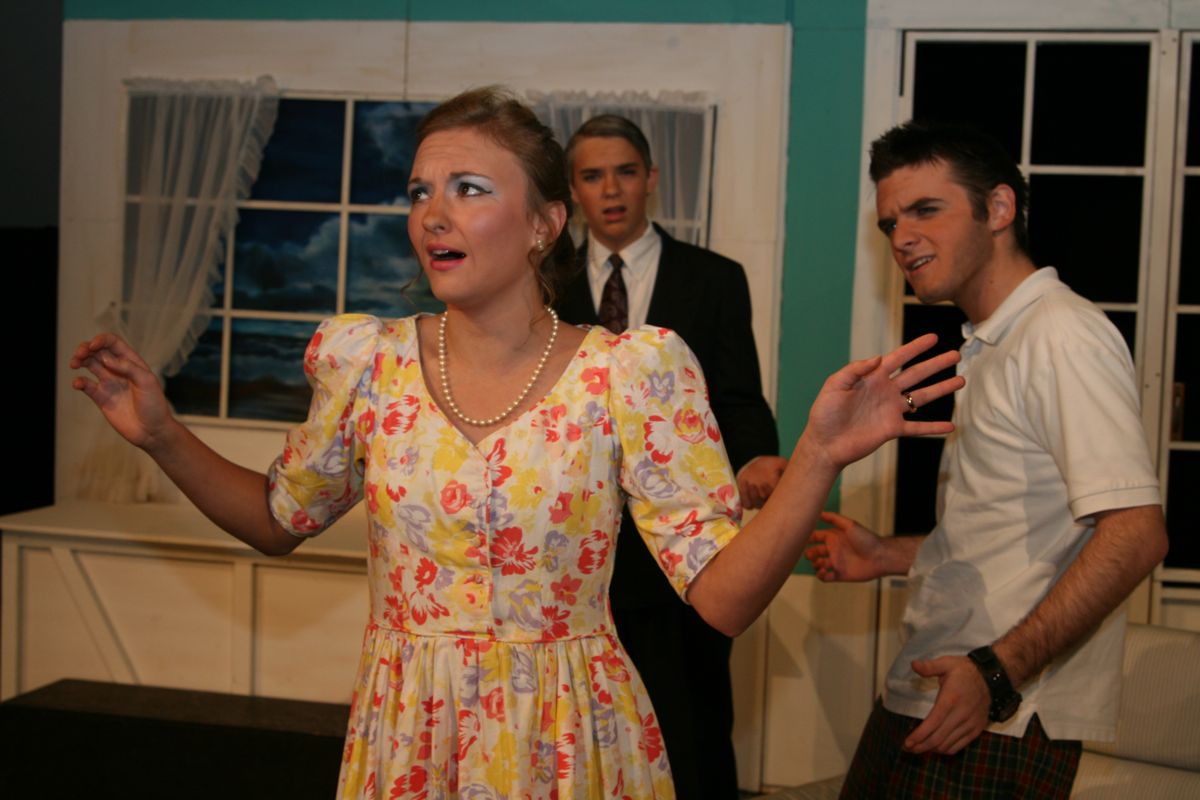 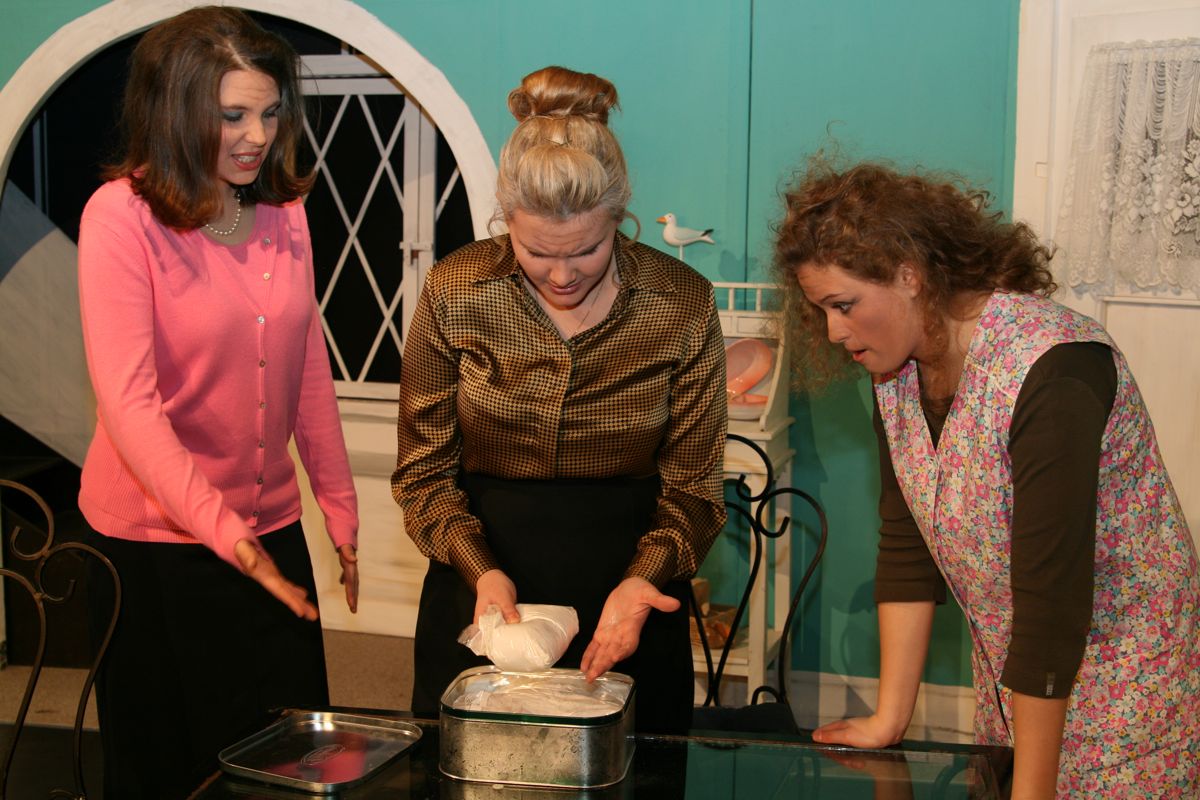 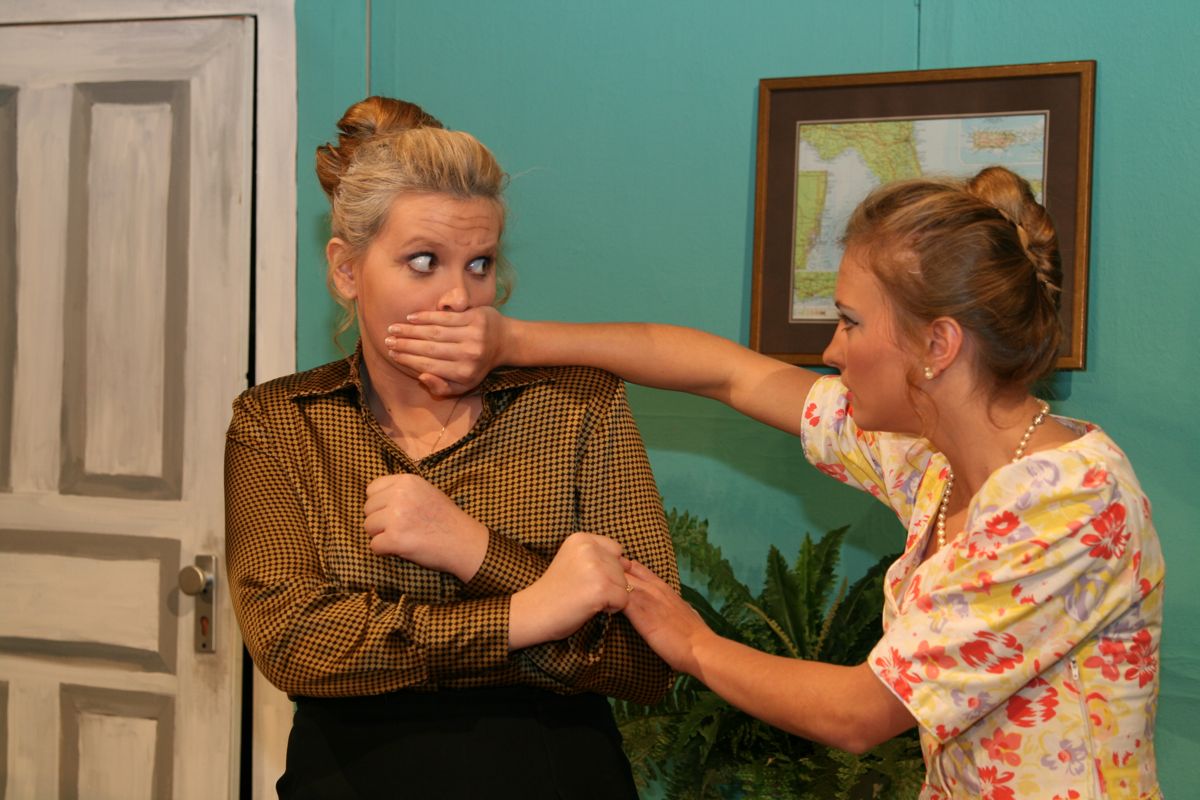 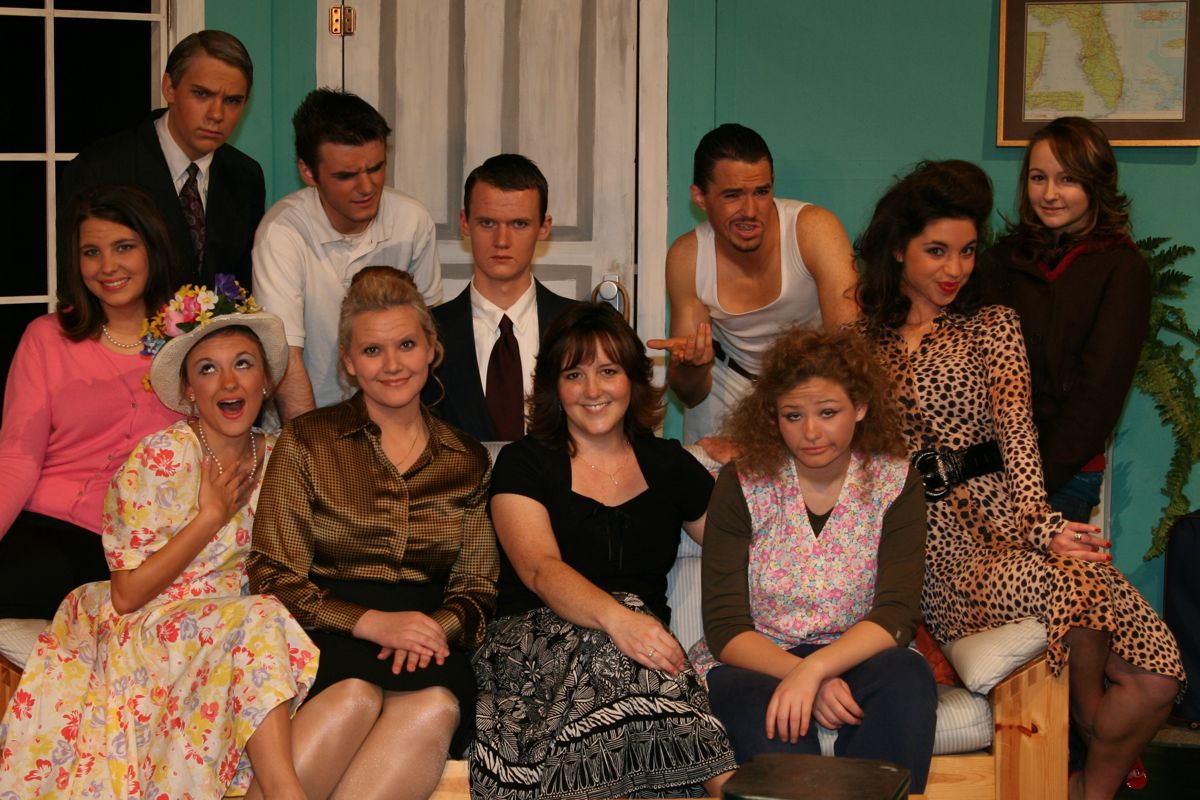 The cast and their worn-out director! 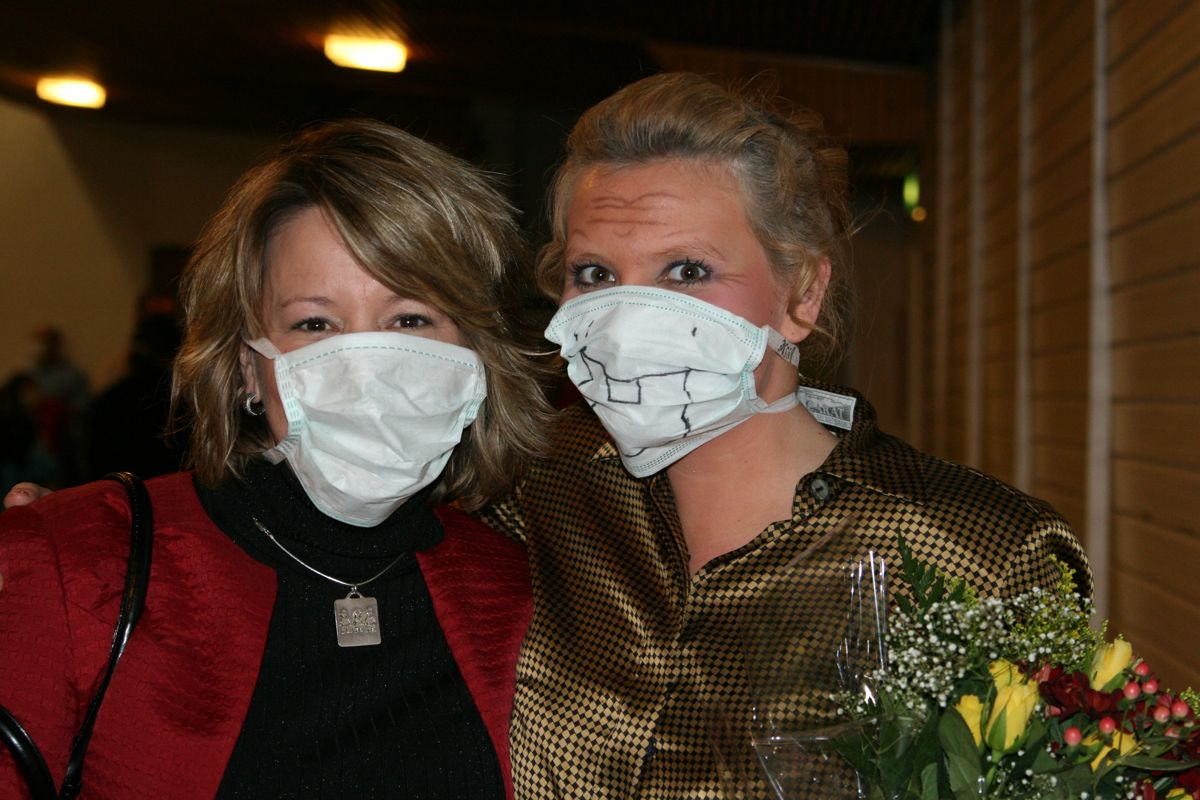 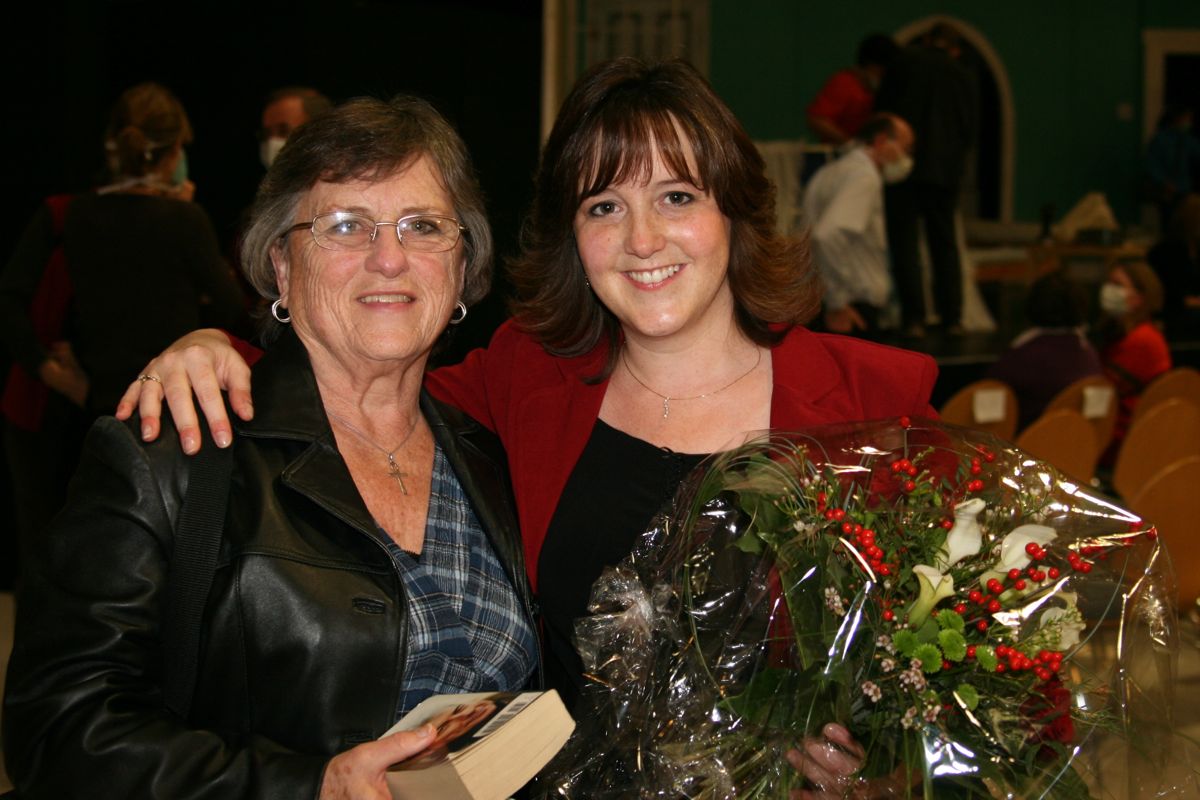 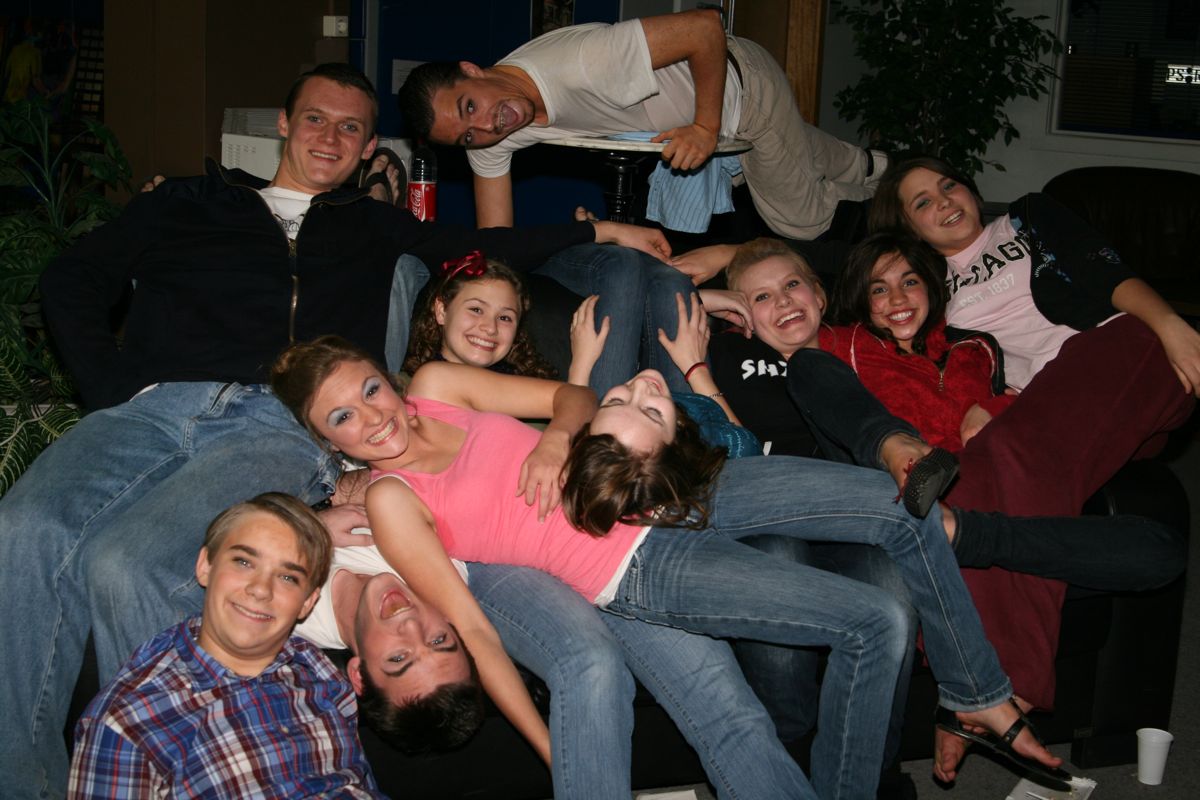