Change. In most communities, it’s a word that inspires anticipation of adventures to come. Obama supporters made of it their mantra during his presidential campaign and there’s a Korean student at BFA who still screams “We want change!” on occasion—a sort of political Tourette’s syndrome—though he knows nothing of the man or the agenda behind the slogan. 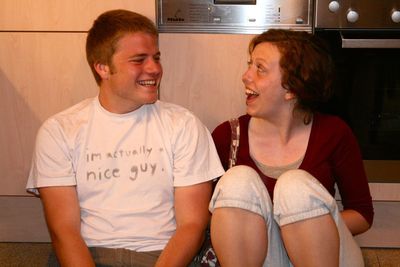 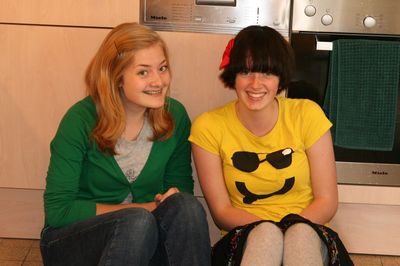 (Change illustrated here be successive generations of siblings.  Last year,
Bear and Erin frequently dropped by.  This year, I hope their younger sisters will too!)

I woke up well over a week ago with change stirring in my mind, and though it has been an integral part of my entire life as an MK and then a missionary, I must admit that the notion terrified me. MKs usually respond to change in one of two diametrically opposed ways: craving it or dreading it. I’m afraid I’m a card-carrying member of the latter category. 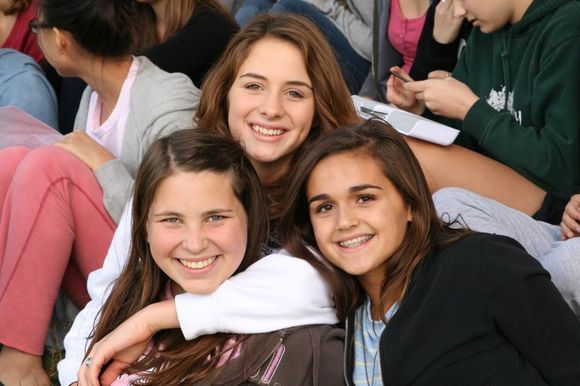 I won’t go into details yet about the changes that might lie ahead of me. All I’ll say here is that even considering the C-word sent me careening headlong into a sort of emotional tailspin in those initial days—the knot in my stomach, the tears just below the surface, the middle-of-the-night moments of panic were all symptoms of my reluctance to face C-H-A-N-G-E. I finally realized that my fear held more rebellion than terror. I didn’t want my life to be different, and the thought that it might have to be brought out the foot-stomping four-year old in me. 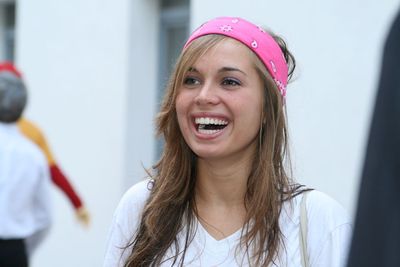 You want to know how much I despise change? I’ve lived in the same apartment for 16 years. The carpet is well over 25 years old, threadbare and inhabited by generations of “nasties.” The rest of the place is infested with so many spiders that I’m considering forcing them to pay part of the rent. It’s located at the top of a ridiculously steep road, which means that snowy weather turns my morning commute into an extreme sport. There are widening gaps in my bedroom ceiling and the fake-wood linoleum in the hallways is buckled and gouged

After a few days of wasting my emotional energy on futile “buts,” I fell back on my usual habit of seeking reasons to be grateful. It worked with two forms of cancer, so why not apply it to potential change too? It’s my way of disarming the fear and minimizing its influence over me. God knew I would come to that conclusion at the beginning of this past week and He orchestrated enough “positives” to convict me. He even brought my mom to town for some company on the road of discovery. Here is a very short summary of reasons to be grateful for change. 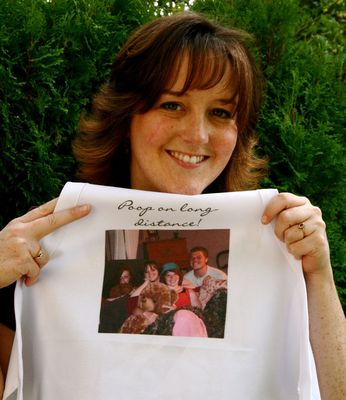 I’d feared, with last year’s graduation, that some of my most beloved students would quickly drift into new lives after they’d left here. On Thursday, I received a custom designed apron from Squirt, Bear and Erin with our picture on it and a caption that read, “Poop on long-distance!” Yes, our roles and dynamics have changed, but our lives are still indelibly marked by each other, even with an ocean between us. Change is clearly not a terminal condition. 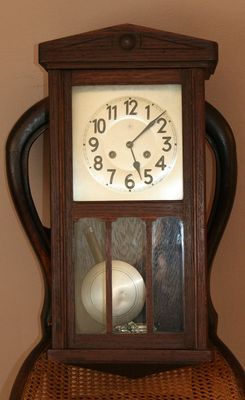 I found this small wall clock at a flea market a week ago. It was so dirty it was gray, its glass opaque with years of accumulated muck. I bought it for a steal and brought it home, quickly cleaning and “oiling” it and discovering beauty beneath the layers of dust. Not once did I feel guilty for inflicting change on my new prized possession, because the change actually restored its grace and worth. Change can be cleansing and beautifying. 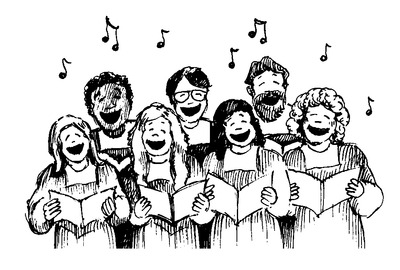 At the beginning of this school year (ie. two weeks ago) my high school choir consisted of 30 girls and 6 guys. Not exactly a viable balance, particularly when split into four vocal parts! As we began to practice, I realized that only about 10 of the students had ever sung in a choir before—and some of the others were so new to music that they didn’t know what clef to read notes from. And then a massive recruiting program began (spurred on by the promise of homemade cinnamon rolls). In no time, our male population had grown to 13. The first few practices were rough—really rough—but in one short week, we’d nearly mastered two songs and begun on a third. To my astonishment, this merry band of musical misfits was producing pieces of such accuracy, nuance and musicality that I couldn’t help but marvel at their transformation. Change sometimes holds unexpected and beautiful surprises. 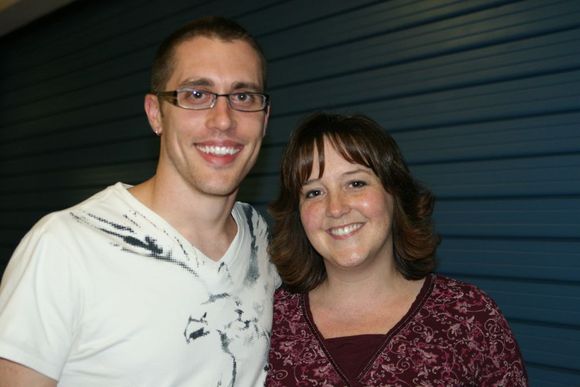 Donnie graduated seven years ago. He was one of those students who carved out a significant place in my life. As his mom and dad are temporary dorm parents these days, he returned to Germany this week for the first time since he graduated, and we were able to spend hours and hours together catching up on the intervening years. Has he changed? Yes—in ways that sober, excite and convict me. Somewhere in those seven years, he found himself and did some healing and developed a constructive dream for his life. I had him speak to my choir for a few minutes one day, and he floored me by referring to me as his spiritual mother. For a woman who will not have children, it was a significant statement, especially coming from the productive, wise and insightful young man he has become. Change, even in others, can be so very rewarding. 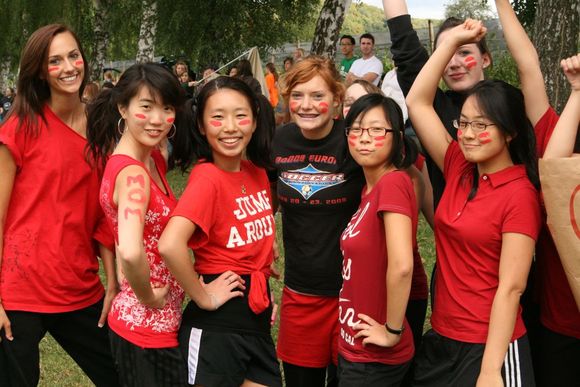 Am I still grappling with the possibility of change? Yes. Do I still have to talk myself out of trepidation? Yes. Especially in the middle of the night. But do I know that whatever changes are ahead, God will make of them something fruitful and beneficial if I commit them to Him? Yes. Without a doubt. And therein lies the serenity that was so illusive a week ago. And while I wait for confirmation of my nebulous suspicions, I’ll continue to invest myself in the lives entrusted to me this year, knowing that they are precious gifts and that every moment spent pouring into them can yield eternal dividends. After all, isn’t mentoring all about encouraging change? Ironic, huh.