(If you’re reading on Facebook, please click here before going on…it’s much prettier and the pictures look better!  http://www.xanga.com/serenitymine)

I caught myself listening to melancholic Christmas music yesterday.  With so many bright and cheerful CDs in my possession, I wondered what it is that occasionally draws me to that one track that’s either subdued or downright depressing.  Every so often, I get the impulse to skip over Barry Manilow’s bright and over-orchestrated “Christmas Song” in favor of his “In bleak December, do you think of me still?”  And with so much levity on Ally McBeal’s Christmas album, I sometimes find myself hitting repeat every time “I wish I had a river I could skate away on” ends. 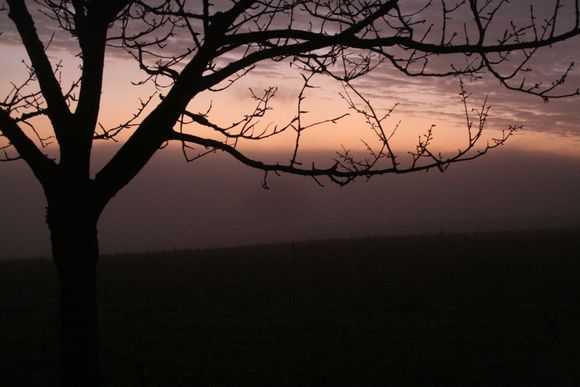 Don’t get me wrong—I’m a firm believer in celebrating Christmas.  I love the lights, I love the spirit of friendship and family, I love the carols and the markets and the concerts and the services…  The joy is nearly palpable—so is the gratitude—and I’m a big fan of both!  But there are also moments when a melancholy born of separation from family and the beginning of the “wait and see” part of my cancer journey does temporarily deepen the reds and greens and golds of this season.  Not in a truly sad or despondent manner, but in a “reality check” kind of way.  The moments are as brief as they are sudden, and they in no way dampen my love for this time of year. 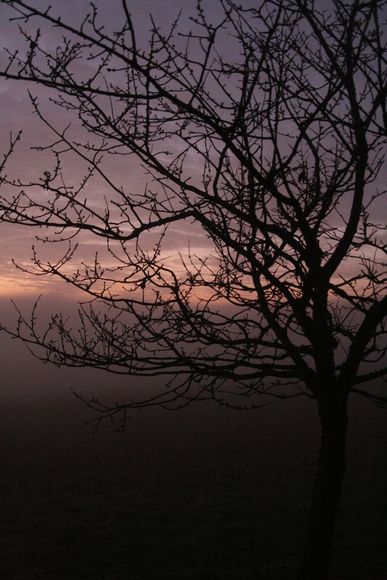 But as those thoughts were making themselves known yesterday, I started to think of the Christmas story in different terms.  The writer in me wanted to reframe it—change the context, disguise the main players, alter the “lighting” of the scene in order to reveal different shadows and reflections than we usually see.  I pictured a woman walking down a dark, rain-soaked, cobble-stoned street at night, her newborn infant in her arms.  I saw her stumbling occasionally, turning briefly back toward the direction from which she’d come, chills wracking her body…then continuing on toward the agonizing conclusion of her journey.  She was taking her child—her long-awaited child—to the home of sadists, preparing herself to leave the baby with barbarians she knew would torture, then slaughter him.  Each step she took brought her baby’s brutal murder closer, yet though she stumbled, she did not waver.  The child she loved, whose warmth penetrated her damp clothing and whose sleeping sounds eviscerated her strength, would be dead by morning. 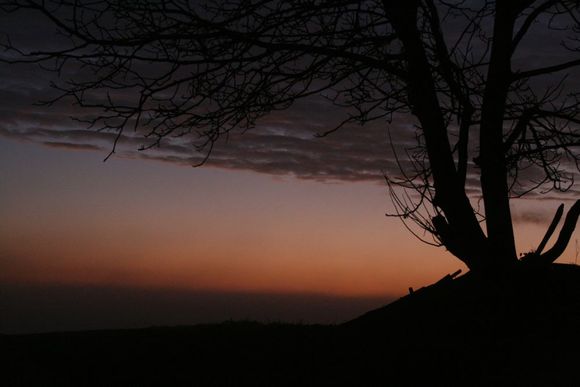 Morbid?  Yes.  And decidedly un-Christmassy.  Yet isn’t that exactly what God had to do on the night Jesus was born?  He left His only Son in a world where a barbaric and merciless death awaited Him.  And He did so willingly.  The beauty of His gift was deepened by the fate awaiting the Blameless One and transcended by the redemptive tsunami His blood would set in motion.  Yet, from a human perspective, I still have trouble fathoming such a courageous and painful act. 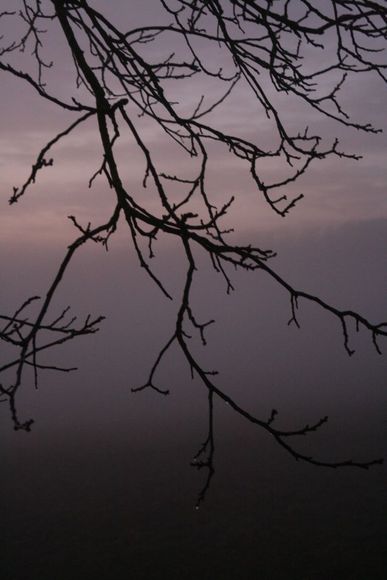 All things considered, I’m grateful for the less mindless moments of this season that allow these truths to add another dimension to a time of year when merriment can mask meaning.  I’m awed by God’s sacrifice—by the resolute love it took for Him to gift this undeserving world with Jesus.  And I’m humbled and broken to realize that I am one of the sadists, one of the brutes who caused that Baby’s death… 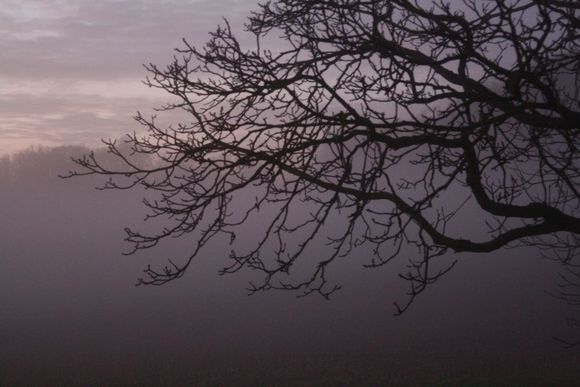 Despite the serious undertones of Christmas, it is still the happiest time of the year!  I was blessed to be able to spend the 24th and 25th with people I love so deeply!  Christmas Eve was at the Youngs’.  It began with a walk with Jackson and Maggie (the dog), during which I took the pictures included above.  For those of you who don’t know them, the Youngs are an animated, giving and unpredictable family, fiercely loving and devoted to BFA.  I have somehow been blessed enough to be included among their friends.  Simply put, I love them. 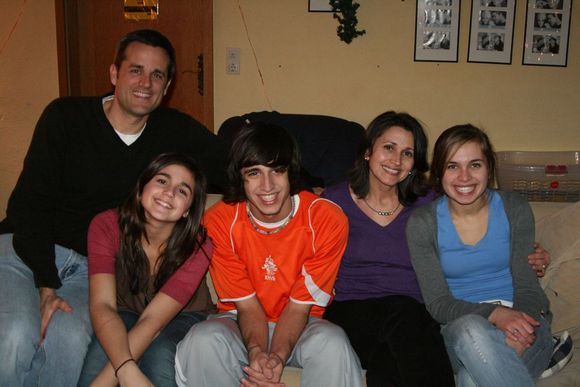 A study in personalities… 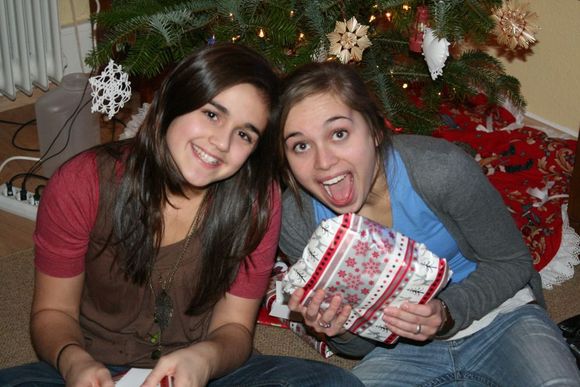 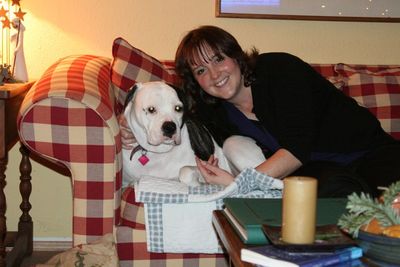 I love, love, LOVE this dog!!! On Christmas morning, my dear friend, Mari Ellen, came over for brunch.  And we even managed to make it somewhat healthy! 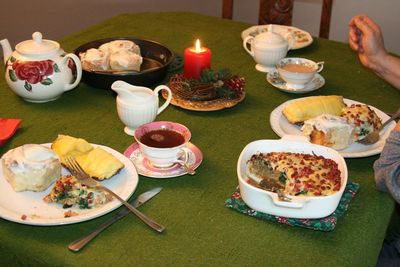 This is Mari Ellen reading her Christmas gift from me, a “coffee table book” which is a collection of my photography and excerpts from the journal I kept during my McJourney.  She was a little teary at this point, which is one of the traits I love about her!

There’s something irreplaceable about a kindred spirit whose “stage of life” matches one’s own.  Mari Ellen is a compassionate, wise empath, a source of counsel and comfort, and a true friend. 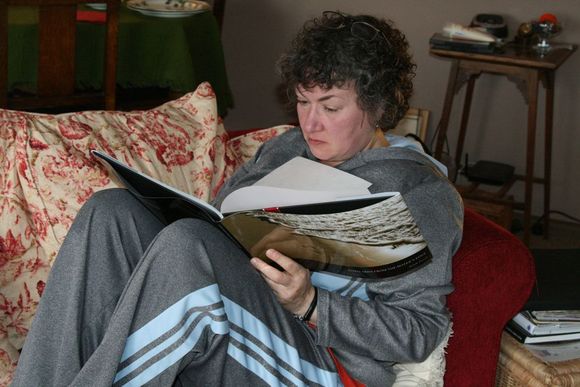 And then it was off to Steve and Renee Grubb’s for Christmas dinner.  Renee has been one of God’s very special gifts to me since our paths crossed many years ago.  I needed a singer to join a group of students putting together a song-and-dance number for Candlelight Dinner, and she was energetic enough and looked young enough to fit right in among the teenagers!  We’ve been friends ever since: praying friends, eating friends, walking friends, celebrating friends and sharing friends.  She’s precious to me. 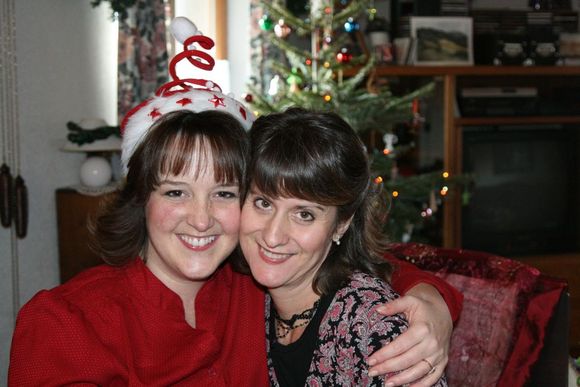 We took a few minutes after eating to go for a walk…which yielded the following: 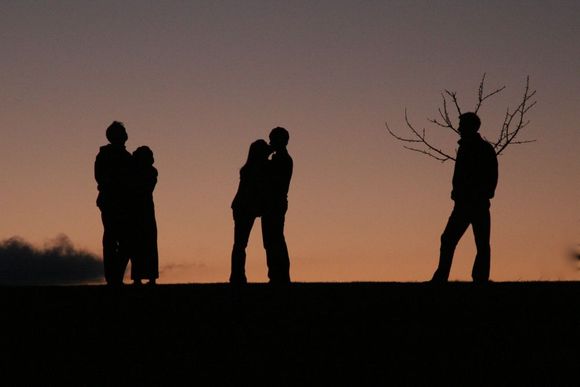 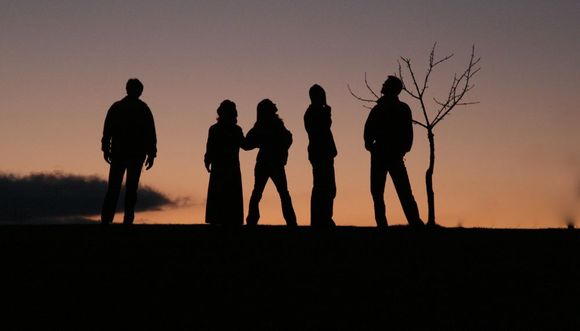 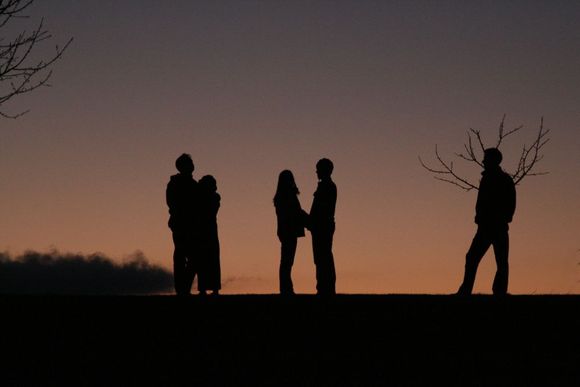 I’ll end with a picture of the product of many hours of work spent in my kitchen–but don’t go feeling sorry for me.  After writing, cooking and baking are my very favorite art forms!  (That’s decadent chocolate cake, biscotti and cinnamon rolls…just a fraction of the total goods that came out of my ugly kitchen yesterday! 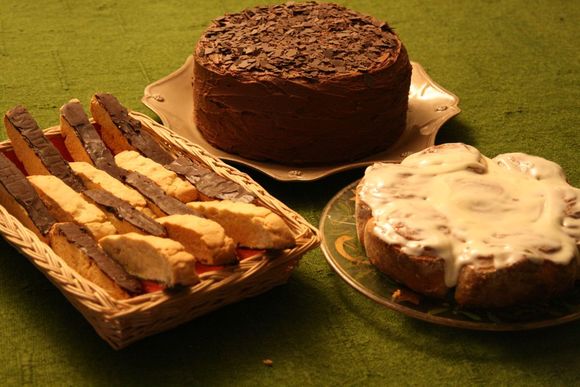 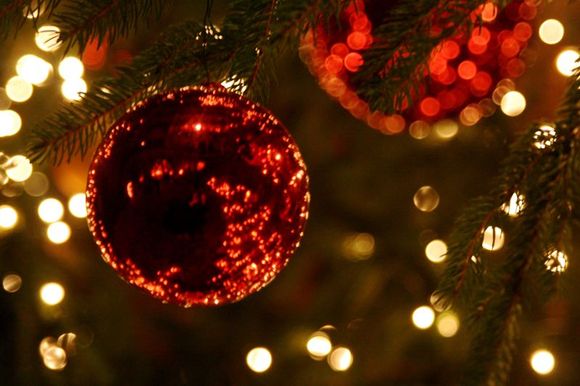