Do you have any idea how difficult it is to talk about breast cancer without venturing into “TOO MUCH INFORMATION” territory?!  I’d much rather talk about bunions and gray hair than about breasts, but there’s no way around this topic, given its prominent position in my life these days!

I guess I could invent a new word for “breast”–like “glebniss”–but that would only confuse anyone who happened upon my blog without any background info! 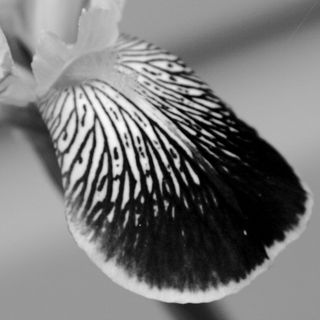 Yesterday was a full day–and a “pain-full” one at that!  The first item on my medical to-do list was getting metallic wires inserted into the center of two cancer clusters.  The surgeon follows these wires to the tiny calcifications needing to be removed.  I thought (silly me) that it would be an undramatic and simple procedure.  Uh…NOT!  I hadn’t realized that the insertion of the wires would happen while being pressed in the mammogram machine.  Now, I’m usually okay with the discomfort of a normal mammogram, but on that day, I was unfed and unhydrated (no food or drink since 6pm the day before), subjected to an incredibly itchy rash covering my legs and arms (probably a reaction to the radioactive liquid injected the day before which would help guide the surgeon to my lymph nodes), and utterly unprepared for the level of pain that would be involved.

After a few initial pics, I was installed in a chair and rolled up to the machine.  I noticed a small packet taped to the side of the bulky digital device and asked about it.  Smelling salts.  I pshawed at the concept of passing out during procedures…again–silly me! 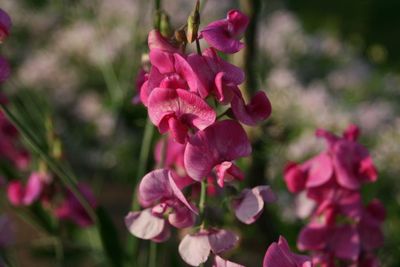 The machine squeezed the life out of me and the radiologist proceeded to insert a four-inch needle into me.  The needle, of course, was large enough for a metallic thread to be able to be passed through it when it was positioned correctly, so far from small!  It was pretty painful at first, but the real pain only hit when she had to push the needle through the original biopsy site/tumor to get to the other side.  I gritted my teeth and tried to carry on an inane conversation with the sweet/sassy nurses.  Then they told me I’d have to stay in that position, squashed and immobile, while they took more digital images and adjusted the position of the needle after each of them.  I felt myself passing out and warned them, and they were able to release me and recline my chair quickly, apply ice packs, etc.  The room was not equipped with a chair that had raisable footholds, so the poor male intern who was along for the ride was assigned to holding up my legs to get rid of the fainting spells faster!  Boy was he wishing I’d done better on my diet! 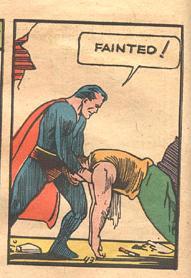 After a few minutes flat on my back, it was back into the machine, the needle still sticking out of me.  They decided they had to make one more adjustment of the needle (oy, the pain!) and this time I remember saying “I’m passing out, Joan…” before actually passing out.  Remember those smelling salts?  I was the proud sniffer of said salts yesterday!

The good news is that the last adjustment worked, and after just one more photo to make sure it hadn’t moved when I slumped over the machine, we went on to insertion number 2!  This one was much less painful (though still not a piece of cake) and was over fairly quickly. 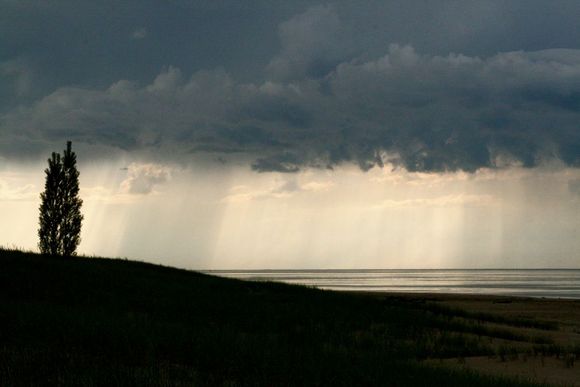 I met a Chinese lady in the waiting room before my wheelchair came who just stole me heart.  Sweet and soft-spoken…she moved to sit a few chairs from me (and American would have sat right next to me, right?) and in this quiet little voice, said “Ah yoo haveen beeopsy?”  It was so wonderful to be able to encourage her and tell her it wouldn’t be a big deal.  She was just doing a core biopsy, which is a pretty basic procedure.  She was terrified and kept asking questions of me, not just about the procedure.  And she kept saying , “You’re so positive”…especially after she found out that I was already diagnosed with cancer.  I could KICK myself for not getting her email address.  I’d love to be able to follow up with her…  Would you pray for her too?

I was wheeled straight from “imaging” to surgery, where an ARMY of male nurses, anesthesiologists and other medical personnel rushed me through the initial paperwork, etc.  They finally managed to start an IV (they had tried earlier, after I fainted, with no success), and prepped me.  Also gave me a massive dose of Benadryl through the IV for the rash.  Really, really nice people!  Funny too.  We probably made a little too much noise chatting and carrying on in the middle of that pretty sombre, bustling pre-op area! 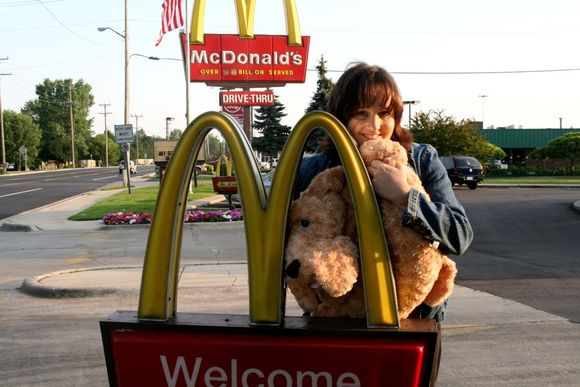 This one’s for Michelle Young.  That’s me (only a couple hours post-op, so still a little loopy)
and my huggy dog, Droopy.  He’s the most comfortable travel companion!  We stopped for a
light dinner on the way home.  If you halt what you’re doing and really listen intently, you might
hear Michelle yelling at me from Indiana to “EAT HEALTHY, SHELLPHOENIX”!


The doctor (not the one I’d met before) informed me during her brief visit that she would indeed be taking lymph nodes and the two wire-guided biopsies, but she would ALSO be doing a lumpectomy of the known tumor.  That was news to me–and not in the original paperwork (I checked)!  But I’m happy to know it’s out, even if it was a mistake.

Surgery started around 2 pm, lasted a little over two hours, and by 6 pm, I was in the car with my mom heading back to Canada.  Unbelievable.  We were home by 9, and my mom set up a reclining lawnchair in my bedroom for the night–facing the TV, of course!  As I’d had coke a little too late in the evening, I was awake until nearly 4:00 am, but I used the time to chat with some students online, so the insomnia was not wasted! 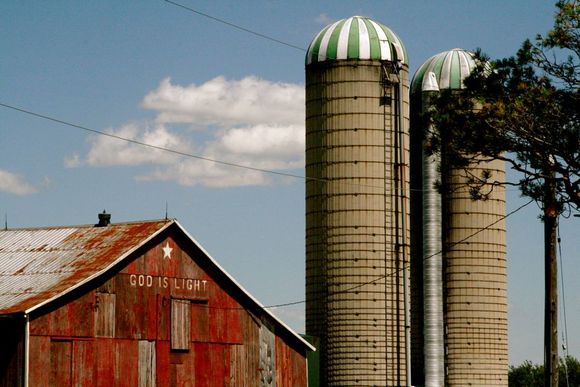 One of my favorite sights on the way to and from the hospital is this old barn
with its “God is light” inscription.  He is, indeed.

So now I face another wait, this time for the biopsy results and a plan of attack.  I should know by early next week.  I’m thrilled (THRILLED) that I was able to have all this done so early…  The fainting, of course, was not part of the plan (neither was the pain!), but the good news is that I heard this really wacky, psychedelic music in my head while I was out and it thoroughly entertained me.  I mentioned it as I was regaining consciousness, and the nurse said, “That’s no fair!  All we heard was the doctor barking orders at us!”

I’ll keep you informed as things progress, usually weekly, but sometimes more rapidly as information comes in.  Thank you for the prayers that have sustained me and continue to sustain me as I walk down this road. 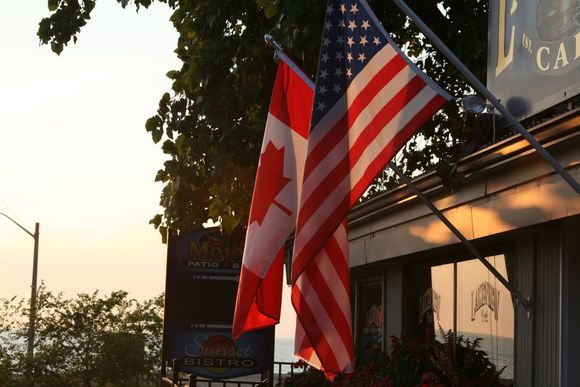 These flags remind me of the international nature of my medical journey!
Comments
Post Views: 45