Three weeks from today, I will be on a plane to the US, having said the kind of goodbyes that should never come early but, in this case, must.

I’ve always considered imminent goodbyes as platforms for evaluations, and as these final days of the year tick to a close, I wonder about a lot of things–some of them weighty and others entirely too trivial for serious pondering.  I’m pretty sure the world won’t be a better place if I figure out how those Dancing with the Stars outfits manage to stay in place despite all the gyrating, and no lives will be altered by answers to staggering Phoenix Questions like “Are there male and female apple trees?”  (Thanks for planting that one in my brain, Mari Ellen!) 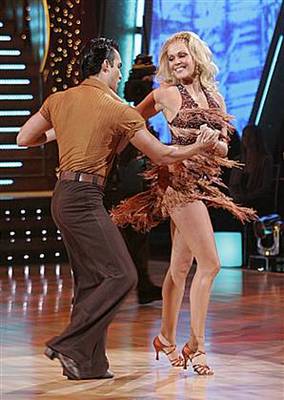 But other questions seem to take on a greater weight as I contemplate the end of my interaction with the seniors who will be graduating in just under a month.

Until some recent musings on that final question, I had lazily considered support to be something like this: 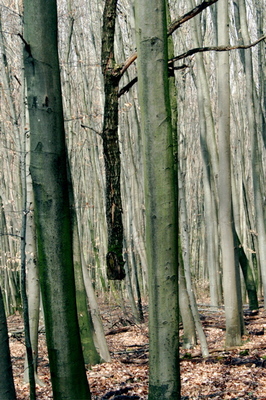 Do you see the darker tree in the middle?  It is being held up by the trees around it, its base not even touching the leafy forest floor.  I was quite pleased with my symbolic find when I first discovered it, and showed it to my friend Renee as we were huffing by it on a recent walk.  Her reaction?  “But it’s dead.”  Correct.  The tree is utterly and irrevocably dead.  And though its neighbors still patiently support it, their intervention is doing nothing of value for the decaying wood.

On a drive through the French countryside on Saturday, I saw a much more apt image of true sustenance.  It came, again, in the form of a tree. 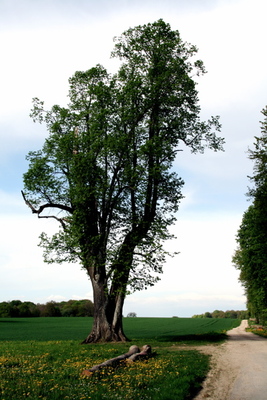 At first look, it was simply a majestic expression of God’s Hand in nature, but a closer inspection of its trunk revealed a humbling metaphor for the true upholding of others. 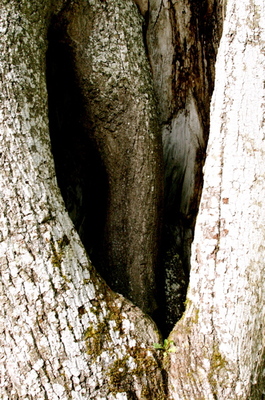 It’s massive trunk was split at the bottom and revealed two trees’ intertwined history.  It looked as if one of the trunks had opened itself up decades ago and allowed another to grow within it, not merely supporting its weight, but shielding it from harm, guiding its growth and nurturing its maturing.

I wondered about my own role in the lives of others this year:  have I shielded, guided and nurtured in my love of students and friends, have I been strong enough, bold enough and sensitive enough or have I merely provided a prop-up without care for ongoing growth.  I hope I’ve been the former–I PRAY I’ve been the former.  Anything less would be truly shameful, particularly in light of the incredible ways in which I’ve been supported in recent months and throughout my life.  (Thank you, South Ladies, for being the unexpected outpouring of God’s provision for me this week…  I am blessed beyond belief.) 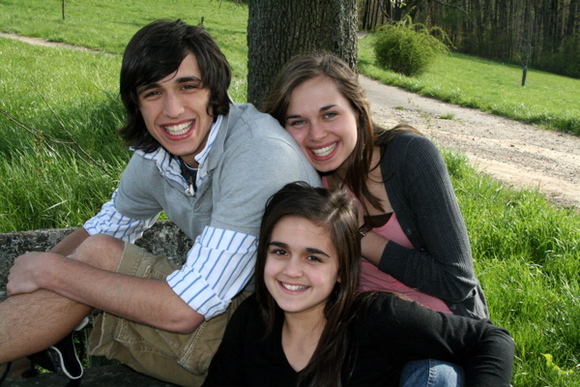 Some of the students whom I love, love, LOVE.

For many years, when I questioned God’s existence as I struggled with depression, I thought the greatest proof of his absence was His intangibility.  I came to realize  only later that He had been there in more tangible ways than I could possibly calculate, using those He sent to love me as His arms, His heart and His compassion.  Looking back from the vantage point of healing, I realized that my life had been sparsely populated with friends, but that there had always–ALWAYS–been at least one person who had done exactly what that tree is doing: enveloping me with strength, shielding me from further harm, and directing my growth upward.  Sometimes they were friends, and sometimes they were virtual strangers.

I’ve been particularly blessed this year by the kind of support I’ve never known before, and its timeliness can only be attributed to God’s amazing care for me.  My closest friends–Renee, Michelle, and Mari Ellen–have been divine envoys who have girded me consistently and lovingly through the unexpected twists and turns of the past few months.  They have indeed been God’s arms, heart and compassion…and I am daily indebted to Him for gifting me with them. 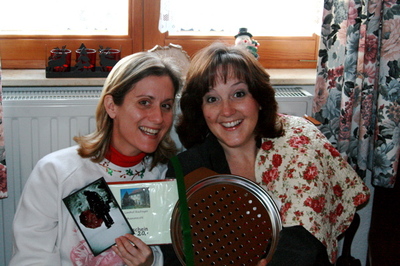 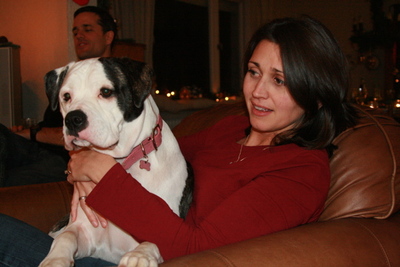 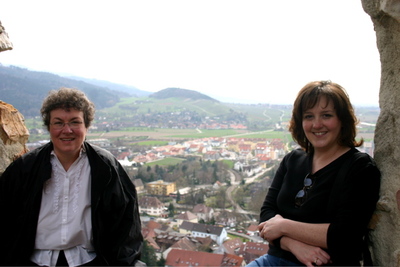 As grateful as I am for the incredible friendships that amaze me and move me, I’m more grateful still for the one person whose journey to wholeness has been as convoluted and miraculous as mine and whose support is God’s most precious gift to me.  As we embark on a summer of medical adventures together, and on the eve of her 69th birthday, it is with deep, deep love and thankfulness that I acknowledge the woman who isn’t satisfied to merely prop me up and call it done.  She strives to be a source of strength and comfort and practical blessings, and she has put her summer plans on hold to walk with me through mine.  I love her not only for the immeasurable treasures God has placed in her, but because she has shared enough of my life’s journey to know the worst of me and still somehow manages to love me.  May we all be so fortunate as to possess her energy, her sense of purpose and her devotion to God when we reach her grand [young] age!  Happy Birthday, mom. 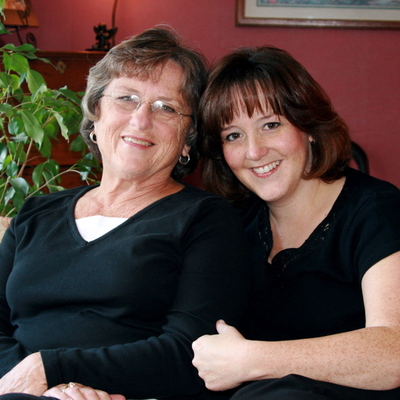 As for my wonderful, beautiful, challenge-full and reward-full students, I need to warn you now:  I’m not going to waste the last weeks of this school year using my expanding girth to prop you up while my mind strays elsewhere!  I’m here until May 27th, and only then will I truly get off your case!

And yes, that’s a threat.  And yes–you have to put up with me.  Collin–I’ll let you explain to the others exactly why!  (Just don’t tell Michelle Young…she’d have to hurt you.)
“Since God chose you to be the holy people he loves, you must clothe yourselves with tenderhearted mercy, kindness, humility, gentleness, and patience.”  (Colossians 3:12)