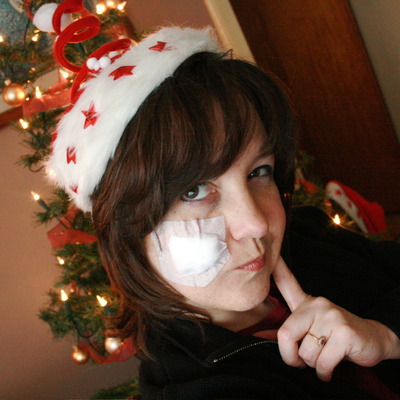 “Hmmm,” I thought to myself, “what do I really want for Christmas this year?” 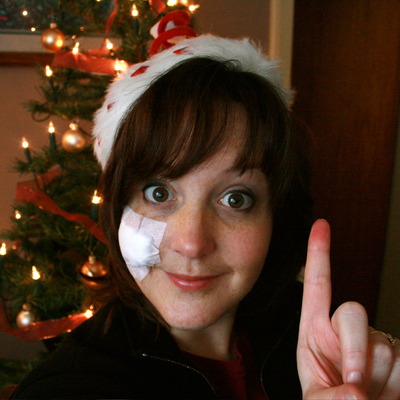 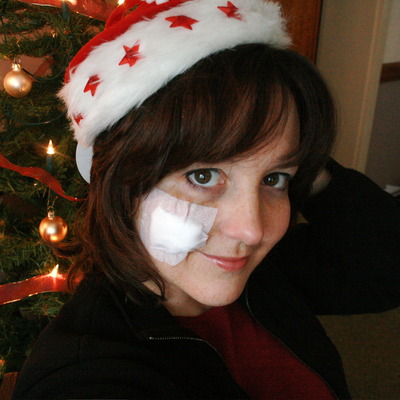 THE GAUZE AND TAPE LOOK!!
All the models in Paris are BIG into it (Calvin Klein calls it the “G&T Trend”) and, by golly, I want to be a part of it!

It all began with a lovely trip to Weil, accompanied by Renee.  Hey, if it takes a trip to the “Klinik” to catch up on the craziness of the past week or two, it’s worth the effort!  The first order of events was getting into my hospital gown, which I deliberately put on backwards (ie. with the opening in the front) to avoid just this kind of catastrophe: 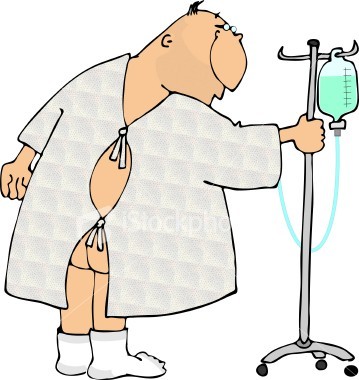 The nurse was slightly less than pleasant when she ordered me to turn it around and put my surgery hat on (bad stylistic move).  Then it was off to the operating room, which, this being Germany, required passing through two other rooms which were occupied by equally scantily clad patients.  I wished briefly that I had arm-wrestled the nurse for the right to keep my gown on backwards, but I settled instead for wrenching my shoulder out of its socket by reaching behind me to hold the darned thing closed.

The doctor was pleasant–in an Attila-the-Hun kind of way–as he informed me that he would deaden the two cysts on my leg and the one of my face, then proceed with the face surgery.  Uhm–don’t you need to wait a few minutes for the shot to take effect??  Nope.  Scalpel.  Incision.  Blood running down my face and into my hair.  That was the icky part.  That and the fact that the sterile drape they’d put over my face was hindering my breathing.  Every time I heard my heart-rate decelerating, I blew hard enough for the drape to lift (“Whatever blows your drape up, lady!”) and gulped in some fresh air. 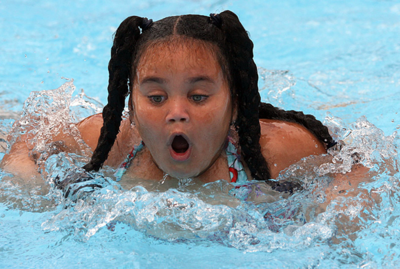 It took about 10 minutes for him to cut and stitch my face (I was singing Jingle Bells in my mind and got through it a few times in different styles.  The Dolly Parton version was particularly enjoyable…and the Korn version was downright scary).  I had the thought, half-way through it, that I should have asked him to give me a teensy chin-lift while he was at it!  I know, I know, chins can be cute.  But I’m just a tad older than the model below and looking for a good excuse for “accidental” plastic surgery! 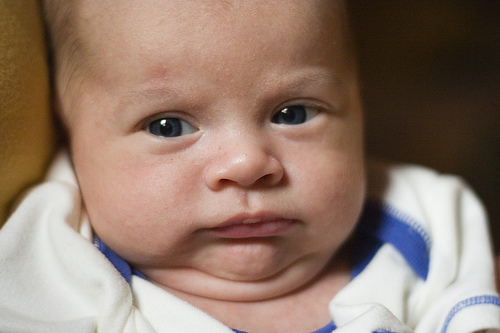 The surgeon then moved on to my leg, where he removed both Joe and Howard.  Howard was the biggest of the two cysts and I thought the doctor would merely cut the skin, scrape out the bad stuff, and close the skin again.  But when he showed me the specimens in a jar afterwards, I realized that he had actually cut a circular chunk out of my thigh, under-layers and all, then stitched the gaping hole back together.  Good news!  I might have missed out on the chin-lift, but it appears I got a thigh-lift out of the adventure!

I’m not crazy about the gauze padding (no matter what Calvin Klein says) and I plan on taking it off just as soon as no one’s looking…maybe after I see the doctor tomorrow for a check-up.  In the meantime, I’ll be sitting here waiting for the sedative to wear off and contemplating the character-building attributes of pain.  The doctor ordered a little of this to help me through: 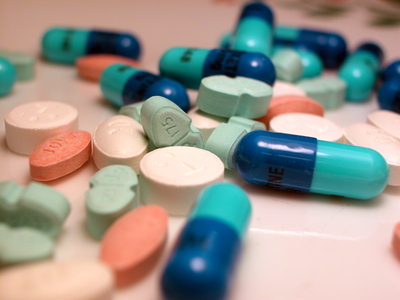 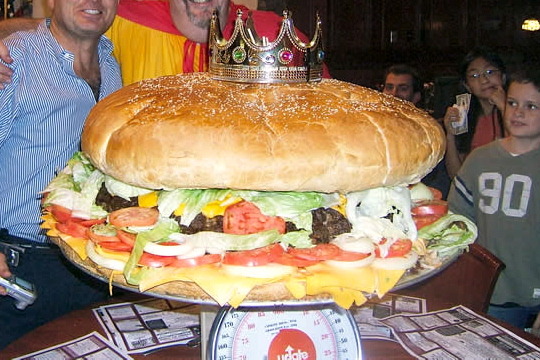 UPDATE (24 hours later):  Just back from the doctor’s, where I got my bandages changed.  It turns out that the “tiny incisions” he had promised ended up being substantially larger!  On my leg, one of them required 9 stitches and the other required 5.  Didn’t ask about the face–I’m scared to know, to tell the truth.  The rest of the bad news is that I can’t shower for a week nor wash my face for at least that long–some creativity might be required!  As for my scars, don’t be surprised if I’m sporting a Phantom of the Opera mask next time you see me!!

Pasting below a couple pictures of the recent frost in Riedlingen.  I love, love, love the designs the frost makes around leaves as the temperatures drop. 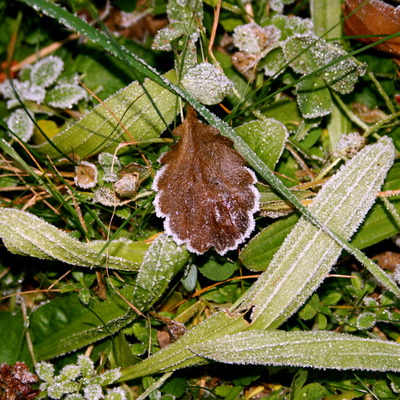 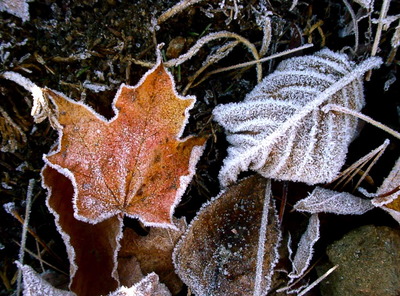 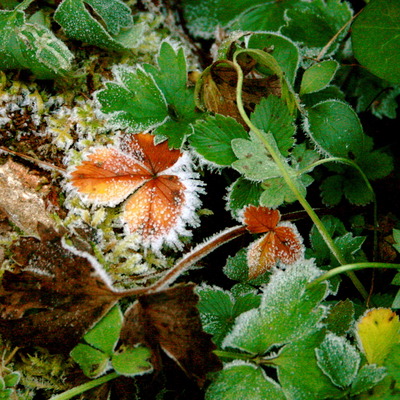