Crazy, crazy days…  I won’t write much, as time is limited, but the pictures pretty much speak for themselves!

Squirt sprawled on my couch (we opened it up into a bed) to watch a marathon of TV shows!  All accompanied by homemade pizza and enough salad to feed an army. 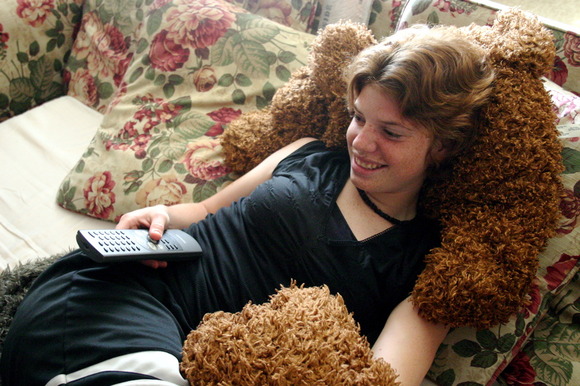 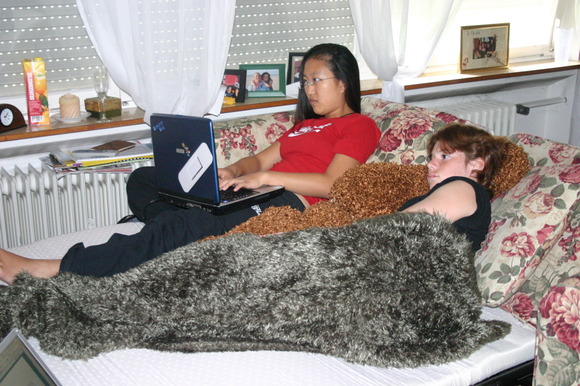 One is never sure if Ahram is watching what’s on TV until she lets out a loud, trademark, “WHATTT?”  That’s when you realize she’s paying attention while carrying on 16 instant-message conversations at a time!

We briefly interrupted the viewing for this…. 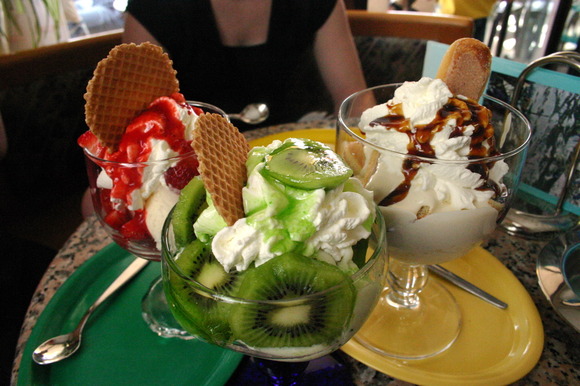 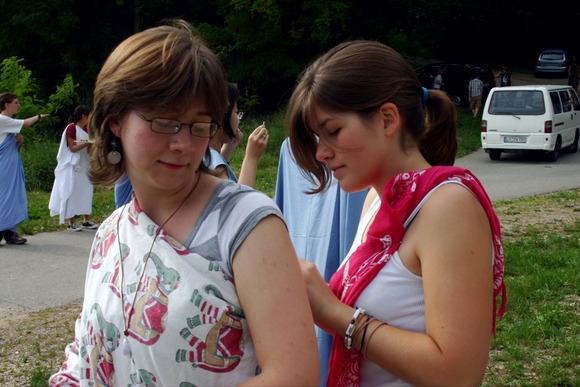 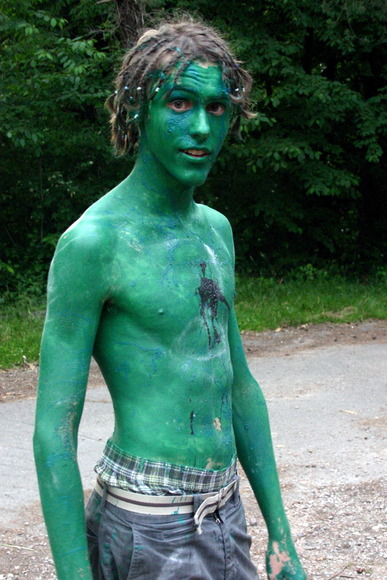 Below is what Kristoff looked like BEFORE the bath in body paint.  It’s also one of the cutest pictures of both he and Rebekah that I’ve seen.  Aren’t they the CUTEST? 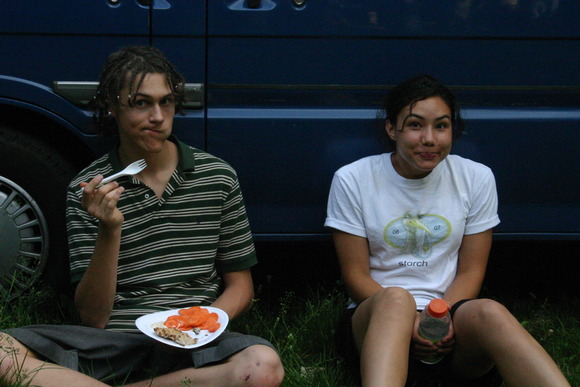 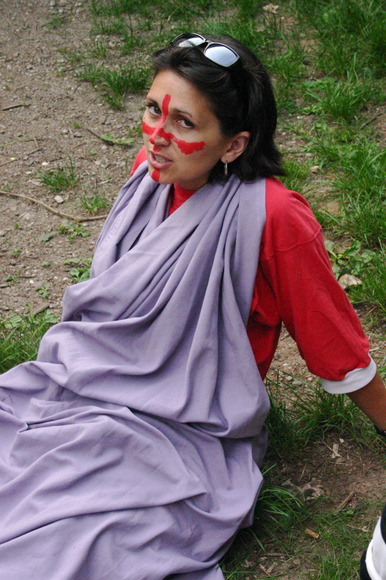 A lesson in photography:  Never take a picture of Michelle Young while she’s covering up a wardrobe malfunction with a loaned sheet.  You’ll be on the receiving end of a deeply disturbing glare…  (Ask her about the clothing issue when you next see her!) 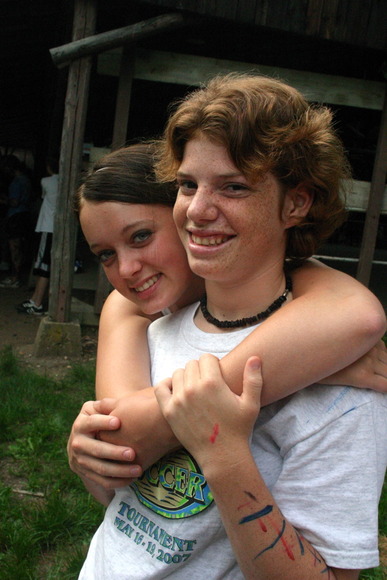 I spent a lovely hour talking with Emily while the rest of the school headed into the woods for a game of organized violence and mass sweating.

Meanwhile, the Creative Writing class keeps plugging along…mostly by the creek, these days, as it’s hot enough to fry creative juices to a crisp! 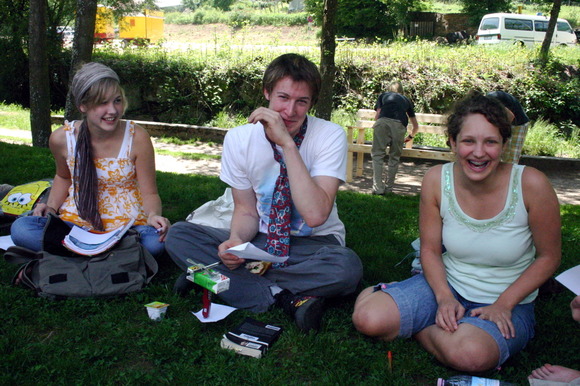 One of the greatest challenges of this year has been trying to get the class to PASS THE PAPERS in a productive way.  It used to take a full three minutes to pass a stack of papers around a circle of 11 people, which I blame for several of my newest gray hairs.  The students pictured below are involved in our new class game, which I creatively call “Pass-the-darn-papers-around-the-blasted-circle-in-less-than-six-seconds-will-you???”  I’m a little short on temper when it gets hot…. 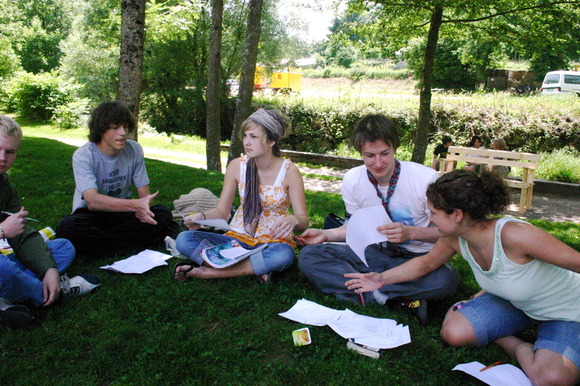 Three of them look pretty intent on circulating the handout, but the cutie-pie in the scarf is looking decidedly absent…  Poets:  can’t live with them–pass the bazooka.

The countdown to grad is getting deafening.  Good thing I’ve started losing my hearing as I approach forty!