I should have known, when I looked up at the sky on the afternoon of my small group’s long-planned final picnic, that things weren’t going in my favor. 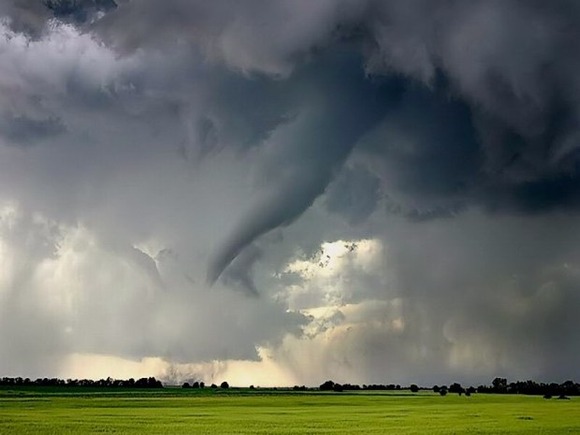 Okay, so maybe the funnel cloud is a slight exaggeration…  But it was cold–bitter cold–and after four straight weeks of nothing but heat and sunshine, it sure felt like a natural conspiracy against…well…me!  Because it’s all about me, remember?  But we’re stubborn creatures, we women, so we raided my apartment for every coat and jacket I own, bundled up, and headed for the hills in spite of the inclement weather.  Notice the [literally] frozen expressions on the girls’ faces! 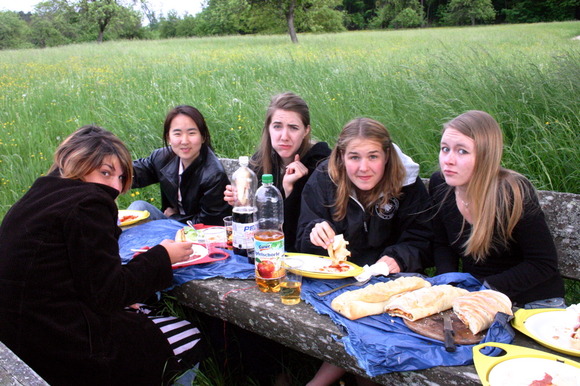 Lydia attempted to divert Laurel’s attention from the cold by submitting her to torture-by-paparazzi, but with little success. 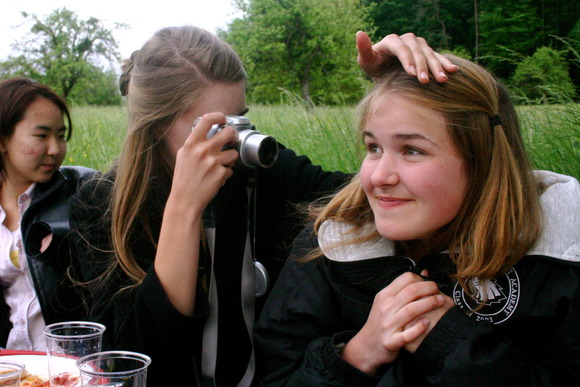 But we did manage to have fun in spite of the frostbite that might necessitate amputating the tip of Elyse’s nose and the little toe on both of Christine’s feet.  I called our picnic a “blowout” not so much because of the gusts of wind that further damaged every inch of exposed skin, but because of the general activity that followed supper. 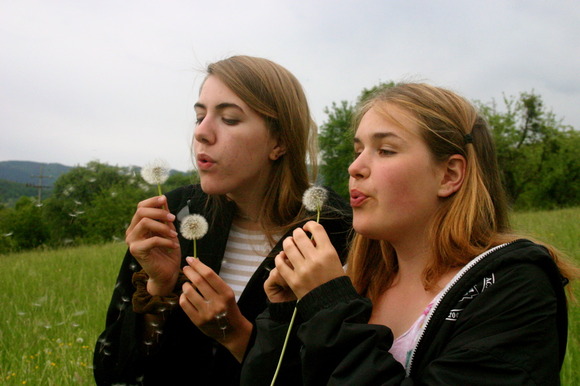 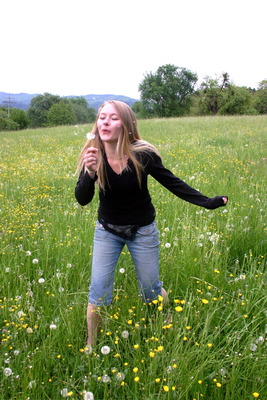 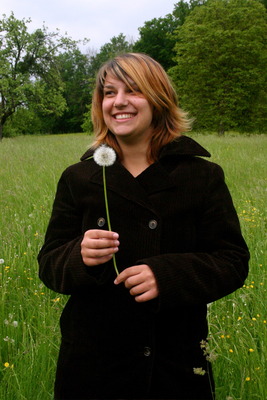 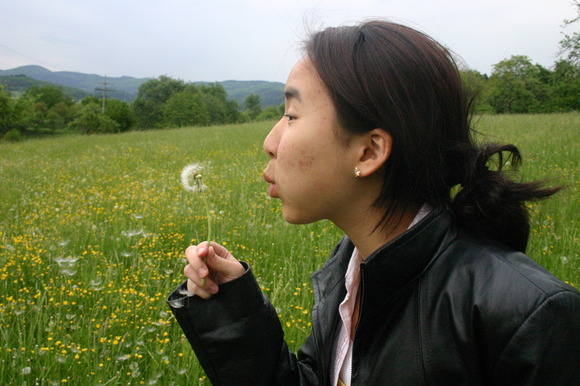 Notice how FABULOUS Christine looks in leather (we need to hook her up with a biker dude!) and how…well…clueless Laurel looks on picture number two.  Something traumatic appears to have just gone through her head.  Or maybe it was just Loverboy (aka. Ben) sending her ESP messages none of the rest of us could hear!  Or maybe she just needed to find a bathroom really, really urgently! 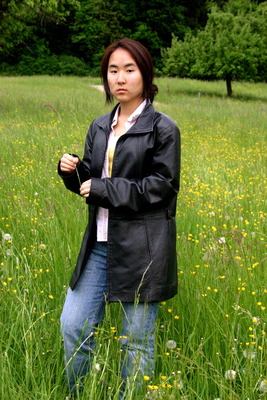 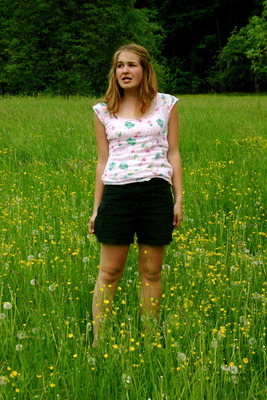 This small group began the year as an amalgam of a previous small group (under different leadership) and a couple new girls who joined the veterans.  What an inspiring thing it has been to watch them bonding through shared joys, disappointments, and grief.  They’re the best…  We only wish Linnea had been able to join us on this evening.  (We missed you, Linnea!) 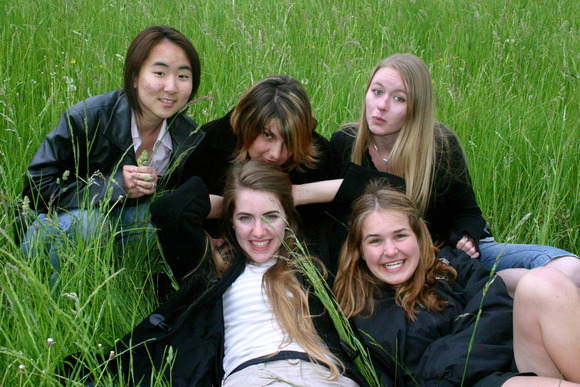 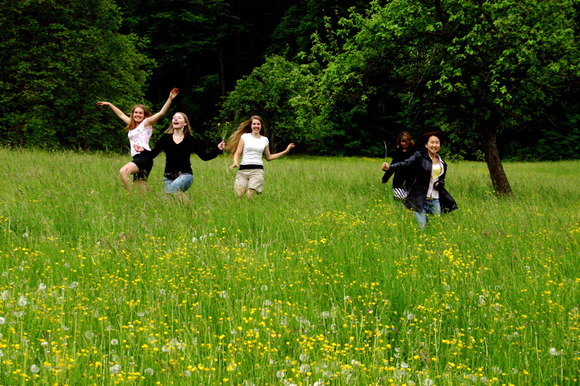 We spent the rest of our time on our flowery hill watching the Laurel & Lydia Show: 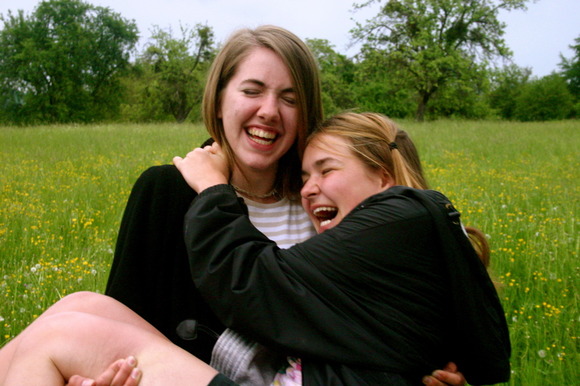 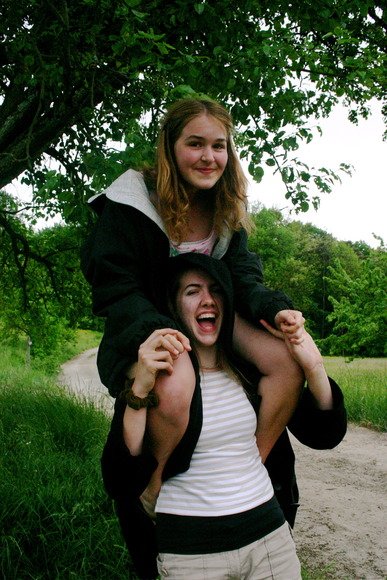 …until Elyse got the far-fetched notion that I’d hand over my keys if she looked cute enough behind the wheel…. 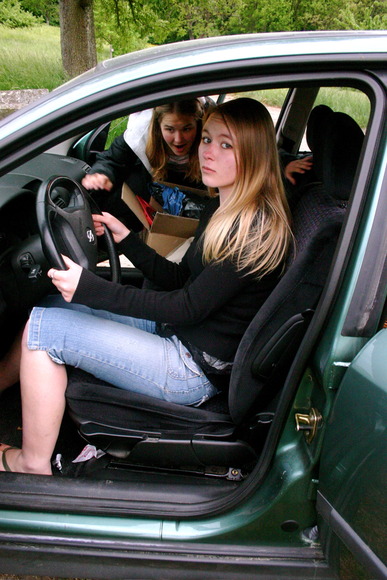 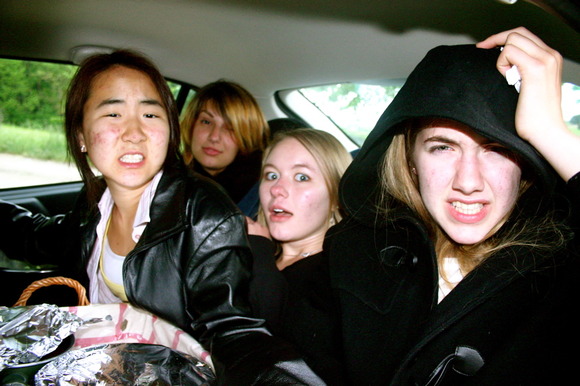 It had begun to rain a little, you see…. 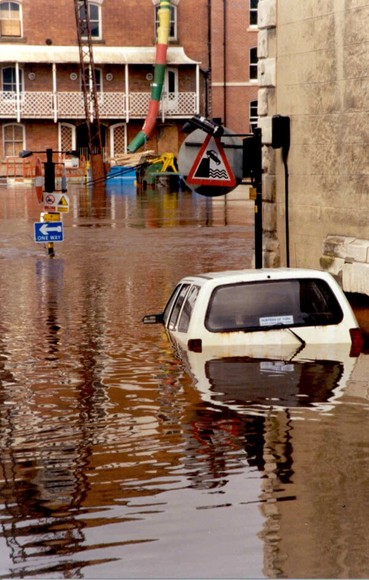