Well, I survived.  School retreat was everything it’s supposed to be: memorable, profound, ridiculous, scenic, and sleepless.  This year’s event took place in the enchanting city of Nuernberg, as historical as it is beautiful.  Its appeal is not dependent on the time of day, as attested by these two photos taken from my room’s window: 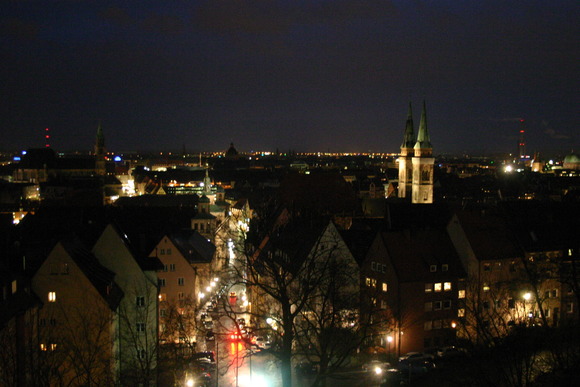 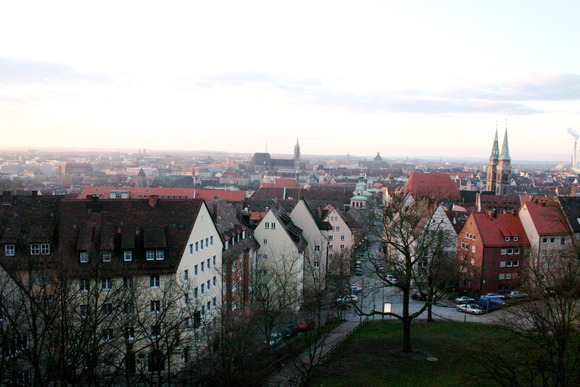 And if I craned my neck a little to the right when I looked out my window in the morning, I saw: 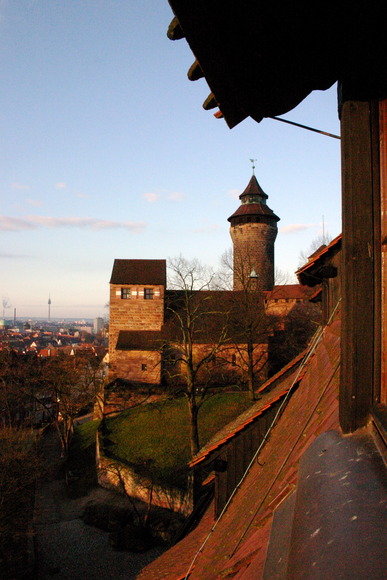 The beautiful thing about rain is that it has upsides.  The downsides are obvious: flat hair, frizzy perms, and running mascara.  But the upsides?  Brilliant colors and fantastic reflections after dark. 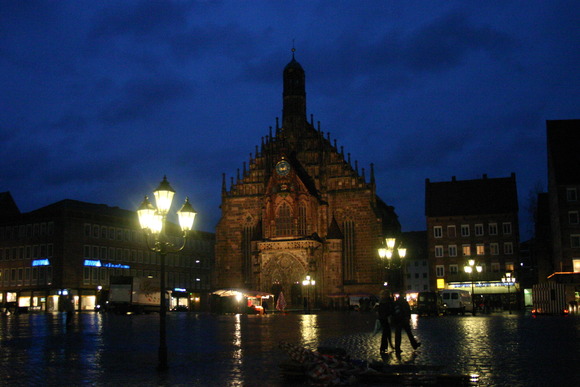 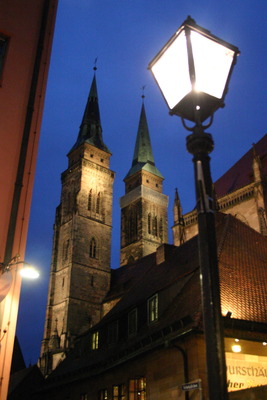 But it wasn’t the scenery that marked me the most.  It was the time spent with some pretty precious people–and by “pretty,” I mean gorgeous!  The ladies in my room were as entertaining as they were profound, and they took a moment, well past midnight, to fake being asleep.  You’ll notice how miserably Elyse failed! 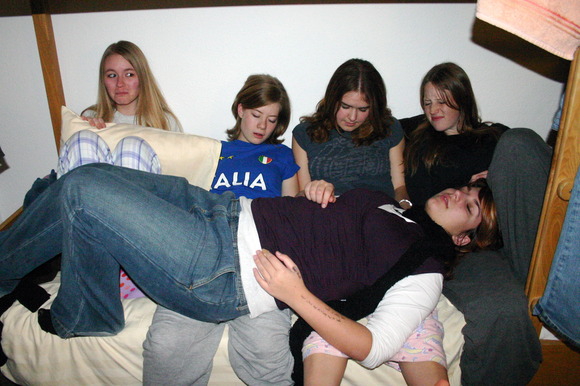 During our free time on Saturday, Ahram and I spent a few hours wandering around in the rain and driving wind (which amounts to vertical rain, really) until we found just the right place to get her ears pierced.  Notice how stoically she took it! 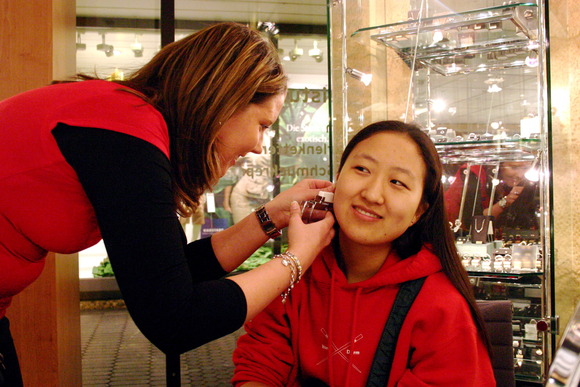 And while good little girls like Ahram were sticking to the rules, less saintly administrators like the one below were clearly living a bit outside the retreat’s guidelines!  (I’ve got a bright future as a paparazzi…) 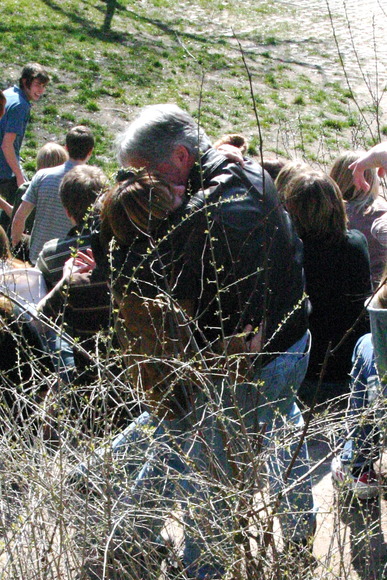 All in all, the school retreat was a wonderful time with wonderful people who ceaselessly amaze me, even after so many years here.  As I drove up to Nuernberg in a major storm that included thunder, lightning, winds strong enough to flip over trailers, and unrelenting rain, I wondered if the weather was a precursor of things to come.  God was kind enough to ease my concerns by sending me a promise.  So…as I drove along on the autobahn at 145 kilometers per hour (just under 100 mph) with wind and rain pummeling my car, what did I do?  I rolled down my window, pointed my camera at the sky, and shot a couple dozen pictures of these symbols of God’s faithfulness.  Forgive the slightly less than perfect focus–I was, uhm, enjoying the speed-limitlessness of German roads! 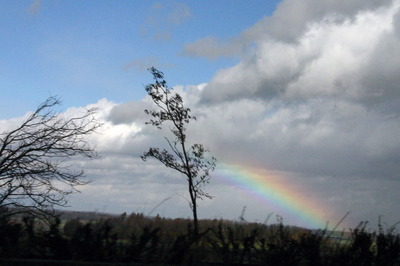