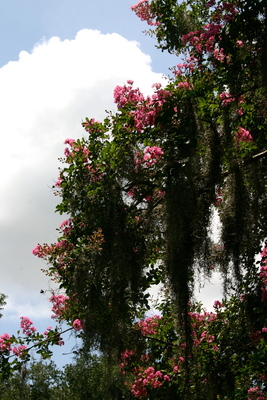 Ah, the South of the United States.  I just LOVE it–the people, the culture, the mile-long drawl.  It’s just important to stay out of the way of harvesters… 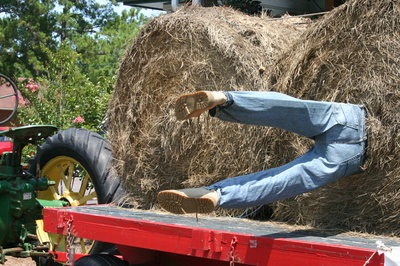 …as this unfortunate soul learned the hard way!

I must admit that I fell in love during my trip.  And, shamefully, TWICE.  The first object of my affection is Noah, and the second is…well…April.  Yup, a female.  But if you scroll down, I think you’ll understand that it was inevitable! 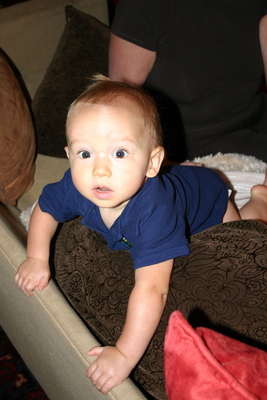 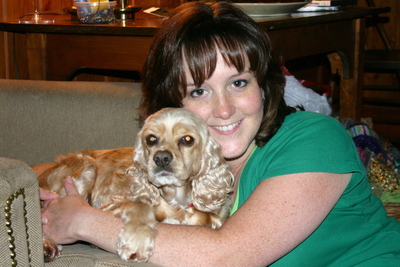 The trip was a marathon that took my mom and me from Canada, to Maryland, to Delaware, to South Carolina, and back home again, passing too many states to count along the way.  Day One was particularly taxing…and memorable.  Here’s the story!

It all went swimmingly until we reached the outskirts of Niagara-on-the-Lake, a beautiful little village near the Canadian border (some distance from where the Niagara falls are).  Actually, “swimmingly” might be a bit of an overstatement, as I had to sing in church that morning and my technically challenged mom somehow managed to put on the wrong track of my accompaniment CD, thus forcing me to sing in the wrong key, thus making me do a rather disquieting imitation of the Chipmunks on crack…  But I digress.

As we drove into Niagara-on-the-Lake, we noticed a strange strong smell coming from the car in front of ours.  We dutifully expressed our concern for the poor driver (we’re good missionaries after all!) and drove on.  I demanded that we make a quick stop at Pilliteri Estates to grab a couple bottles of my favorite wine (so we’re not MODEL missionaries…).  Upon pulling up to the store, we discovered that the acrid smell had gotten stronger and that a suspicious white smoke was wafting up not from another car’s tires, but from our own.

We called Triple-A.  What else are two stranded damsels in distress to do??  They came 1 1/2 hours later, declaring immediately that the calliper (huh?) was dead and that they would have to tow our car to the nearest AAA car center.  The friendly driver called ahead and determined that they actually didn’t have the required part in stock–which, with the holiday coming up, meant we wouldn’t be able to leave Niagara-on-the-Lake until Tuesday…but we’d already booked and paid for another motel across the border in Buffalo, NY!  The tow-truck driver suggested that he could tow us to the border, where another tow-truck would meet us and tow us to our motel.  We’d then hopefully be able to find an open garage the next day.

Well, the best laid plans of mice and men….  When he called to arrange for the tow, he found out that there was apparently a 3-hour line at the border and that no trucks were about to dive into that mayhem.  He FINALLY made his final suggestion: that we try to drive the remaining 45 miles from Niagara-on-the-Lake (Canada) to our motel outside of Buffalo (USA)–WITHOUT STEPPING ON THE BRAKES!  Hmmmm….given the options, we decided to give it a try.  Morons.  I coasted through a couple stop signs, infuriated every other driver on the road, and finally made it to the border without having used the brakes more than twice.  But how exactly does one sit in line for 45 minutes, creeping forward one car-length at a time, without using the brakes?  Well, it takes a ingenious combination of handbrake action, first gear, and neutral.  Seriously.  We had this feeling Ner (my dad) was cheering us on from Heaven!  The drivers around us gave me weird looks every time I leaned out the window and sniffed the air for a whiff of anything acrid….  We did get the brakes replaced the next morning and went on with our journey.

But we’re home now–and there’s much more to share!  But that will have to come after I attempt to catch up on my sleep!  I’ve missed all of you SO much and can’t wait to get back in touch….  My love to each of you.