NOW WOULD BE GOOD

[Don’t worry–this isn’t a Whitney Houston tribute…]
It was 1988.  I was house-sitting with my college roommate somewhere in Wheaton.  She’d gone off to class, and I was eating cereal with an eye on the television.  MTV was fairly new, in those days, and videos still held a fascination to me.  This many years later, I remember the moment I was introduced to music royalty.  No fast-paced cuts and moving cameras.  Just a luminous face, a powerful spirit and a miraculous voice, live in concert.  Whitney Houston dressed in jeans, a leather jacket and boots.  Alone on a stage.  The song was “Didn’t We Almost Have It All,” a sappy romantic ballad with predictable rhymes and iffy morals.  But in Whitney’s hands, it became a gripping, moving, timeless anthem.

I was as stunned as everyone else by yesterday’s news of her passing.  But I’m not going to jump on the bandwagon of those in the blogosphere who are taking this moment to decry the consequences of drug abuse and poor choices—though their points are well-taken.  No, what touched me this morning as I shuffled to my couch for a quick pre-church update on Whitney’s tragic death was the pictures of makeshift memorials going up in her honor from the Beverly Hilton in California to her New Hope Baptist Church in New Jersey.  Such displays are a common phenomenon after the death of celebrities, but the mounds of flowers and hand-written notes struck me in a fresh way. 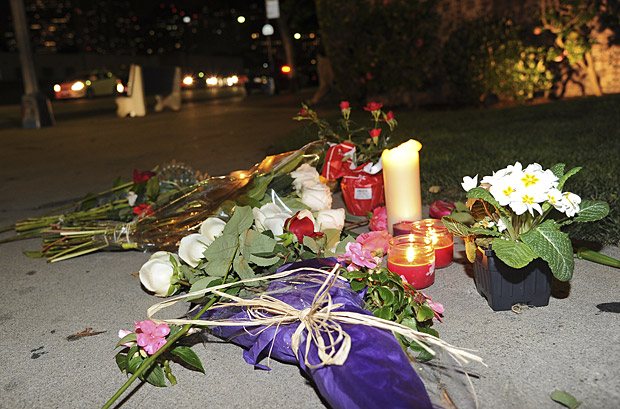 Flash forward from 1988 to 2005.  I’ve just arrived at my father’s bedside in a Canadian hospital.  He has been in a coma for 24 hours.  His breathing is labored.  His skin impossibly pale.  By all medical measurements, he is brain-dead, but the nurse tells me she thinks he can somehow still hear me.  The single tear that fell from his eye when I arrived makes me believe it’s true.  So when my mom leaves the room briefly, I sit on the edge of the bed and lean in, scanning a face that chemo and a brain hemorrhage have already transformed into someone I barely recognize.  I stroke his hand and search for words, horrified by the end I know is breaths away.  “I love you, Ner,” I whisper, broken, calling him by the only name I’ve used for him in twenty years. 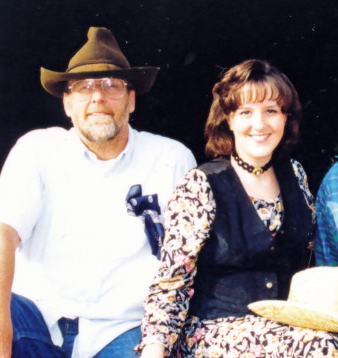 Those words, in a sense, were my own “makeshift memorial,” my futile attempt to say posthumously what I should have said when he was still alive.  We were never a very verbal family, you see.  “I love you”’s were scarce, possibly because of my parents’ stoic upbringings.  So on that evening, though I hoped my dad knew how much I loved him from the myriad ways we’d spent time and laughed together, I was afraid the words that would have cemented that understanding may have come too late.  It’s the memory of the ways I showed him my love that comfort me as I cling to that nurse’s assertion that somehow, in some mysterious way, he was able to hear me on his final day.
I don’t mean to be maudlin.  When I think of my dad, it is with overwhelming gratitude that our once-rocky relationship had healed in the years before his passing.  I miss so much about him—I miss him every day.  But I wish I had spoken more and trusted less to actions. 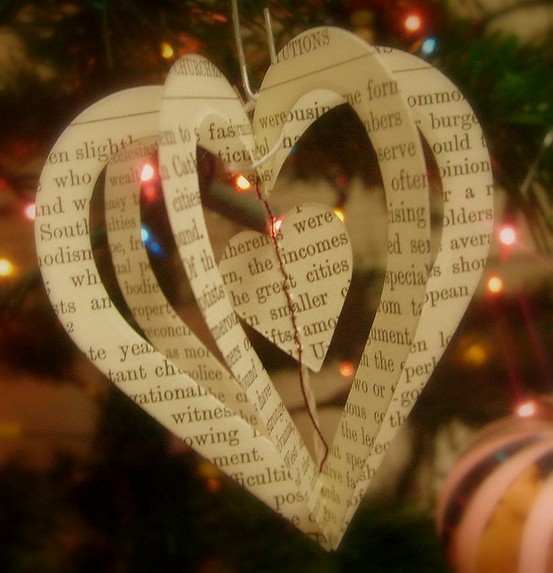 Fast-forward to 2009.  It’s the Christmas after my dual cancer battle and I’m packing away the ornaments and trinkets of the season.  Right before I seal the last box, I yield to a semi-morbid impulse.  I write a quick note to my mom, telling her that I’m fully expecting to be alive to open the box next Christmas, but if I’m not…  And I write the words “I love you” in bold print, then fold the note and tuck it inside the cardboard.  Had the cancer come back to kill me that year, and had my mom found the note when she went through my things, there’s a good chance she too would have considered it to have come a little too late!  I’m pleased to report that we’ve gotten much better at saying “I love you” since then… 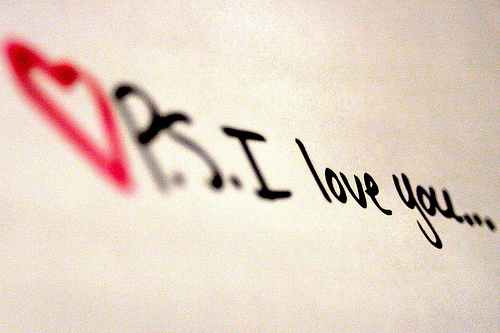 So this is my encouragement to all of us, as memorials to Whitney Houston go up around the country—the messy, makeshift expressions of a love she can no longer see.  Instead of merely hoping that actions and attitudes will convey our love to those we hold most dear, let us make our feelings clear.  Let us seek reconciliation without delay and strive for understanding as if the end were near.  Let us show those we love how important they are to us by putting our sentiments, commitment and devotion into words they can’t misunderstand, and while they can still hear them.  Let us make of our love, whatever its nature, a living, breathing, and spoken force before it’s too late.  Not sometime.  Not tomorrow.
Now would be good.

One last song by Whitney, this one recorded in 2009.  We don’t know what was going on in her mind–even less what was happening in her soul during her final days.  This song and the sincerity of her interpretation give me hope that she may be waiting for us in Heaven when we get there.