April, 13 2009.  A stuffy old flea market in Müllheim, Germany.  I’m wandering around with that mix of anticipation, whimsy and determination that tends to motivate people like me to darken the door of mouse-overrun dirty spaces.  In America, we now call them “pickers.”  In Germany, we call them Glastopfeingerichkenhemmers, or something just as long and unintelligible.  I look down into the cobwebbed void between two armoires, then hold my breath and peer more closely into the dark space.  A clock.  An hour later, I stare at my $15 find with oblique emotions.  Sure, a little cleaning and oiling has brought out its much-less-gray natural colors.  It’s pretty, but…is it worth anything?  Oh, and does it work? 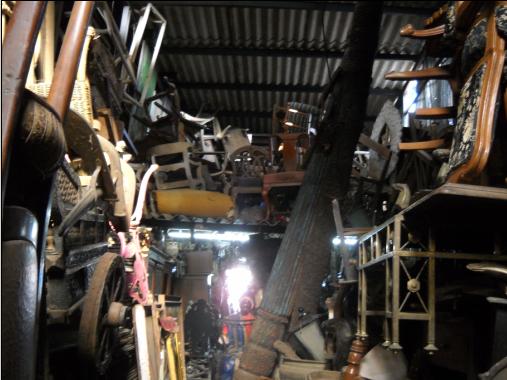 October 5, 2011.  The clock has born the insult of bubble-wrap and cardboard, made the long journey from Germany to America in a cargo ship, been released from its captivity in a storage unit in Carol Stream, and it now hangs on a stranger’s wall under the knowledgeable scrutiny of a Clock Practitioner, a Chime Conductor, a Wood Jeweler by the name of Don.  My friend Marilyn (aka. Miss Scribner, below) has brought me and my clock to him for its first official checkup…at least in this century.

He sets the movement in motion and listens as the tictoc grows steady and the mechanism’s hammer rises, then falls convincingly onto nothing.  Ten points for enthusiasm.  Zero points for anything else. 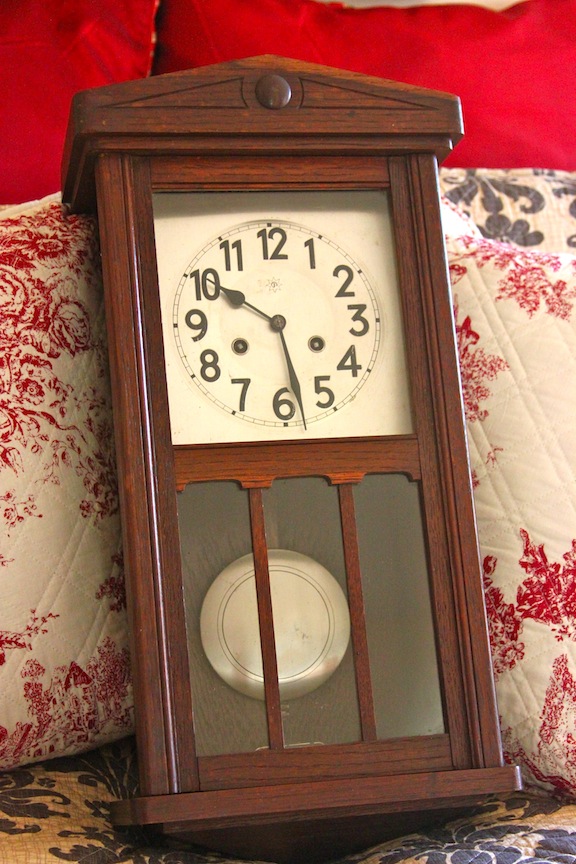 But there’s apparently something in this European rescue that my new friend deems worthy of his time.  For the next two hours, Don tirelessly removes the movement, makes a minute (pun intended) adjustment and reinserts the movement well over a hundred times, trying to make that hammer fall squarely on the coiled metal that is the chime.  I hold a flashlight, try to anticipate his visual needs, and chatter on about Dancing with the Stars, the stock market and whatever else will keep him from throwing my clock through his dining room window, as he’s threatened to do.  By the time I leave, it’s actually striking the hour, but there is this small noise, just before the strike, that he hasn’t been able to completely resolve. 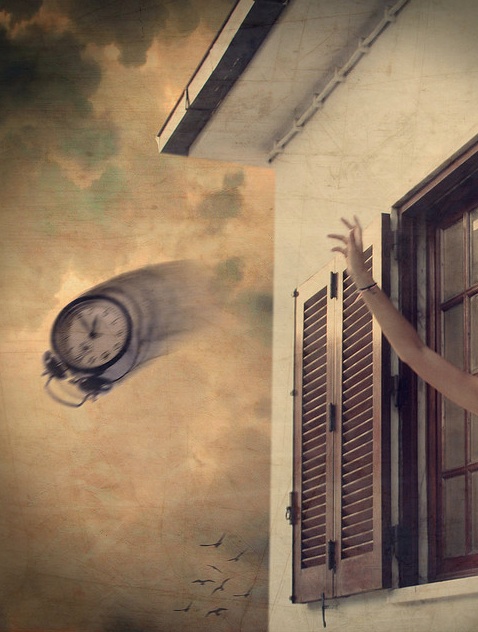 October 29, 2011.  At around 3 am, a strange sound makes it through my exhausted stupor and wakens my sprained brain.  At first, I assume it must be one of this neighborhood’s many skateboarders clicking over the seams in the sidewalk outside my window.  But the sound is too metallic to be that.  Something Halloween’y prompts a quick horror scenario in my mind.  I picture Edward Scissor-Hands standing outside my bedroom door, clicking his sharp stainless steel appendages in rhythmic anticipation of my massacre. 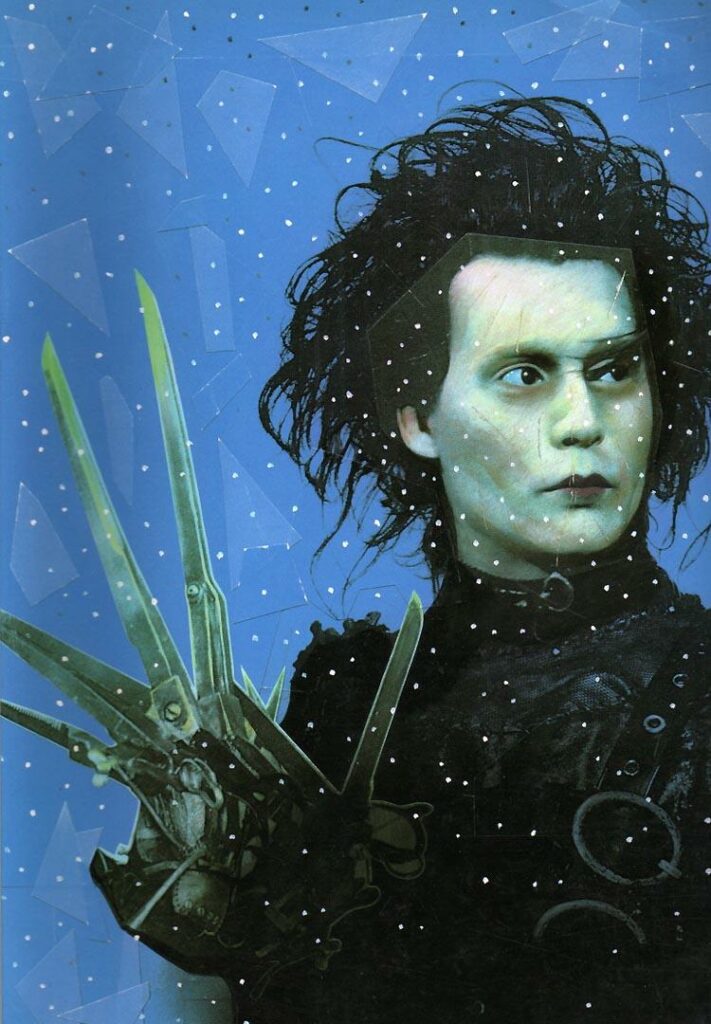 Never one to be subdued by morbid meanderings of the mind (except for that one time when my parents found me standing in my pajamas in the rainy street when they got home after dark…), I rolled out of bed and went on a bit of an audio-hunt for the strange noise, pleased to find no one Johnny Depp’ish waiting in the shadows outside my bedroom door.  I tiptoed into my guestroom and stopped dead (well, not quite dead—no need to call the coroner or anything) in my tracks.  Sitting on the floor where I’d left it a couple weeks ago was my German clock, its movement tictoc’ing joyfully and its internal arm poised for yet another strike.
But I haven’t wound the clock in weeks.  It ran out of umph a long time ago and has sat silent in the guest bedroom ever since.  Strange that it has spontaneously roused itself.  And a little creepy. 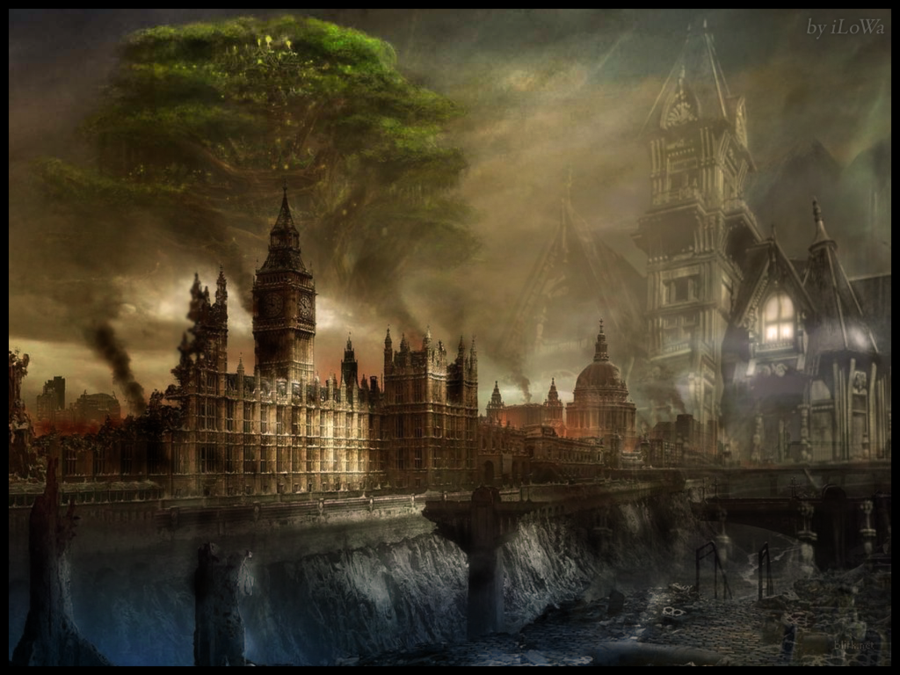 This is where the writer in me wants to take you on a mystical rabbit trail where wizards, dragons, centennial clockmakers and magic spells populate a wonky, multi-colored, ever-transforming landscape.  But I don’t have the time for that today.  Fifteen adult MKs are converging on Wheaton this Friday for a brainstorming weekend I’m hosting and there’s too much left for me to do to be engaging in fiction! 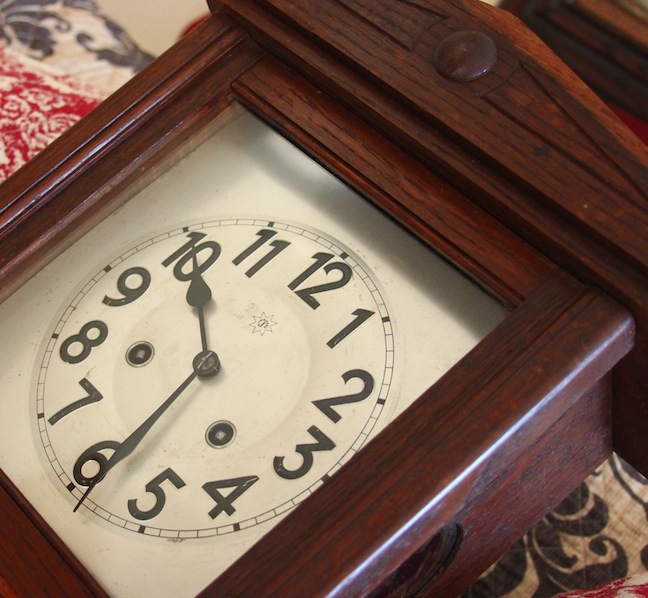 My clock, which apparently is worth a couple hundred dollars here, has cleaned up beautifully, and the dents and scratches on its face and pendulum attest to the long, international life it’s lived.  It is beautiful and simple, and it keeps time perfectly (when I think to wind it).  I love the sound of its chime—deep and rich, like the wood that frames it.  But… 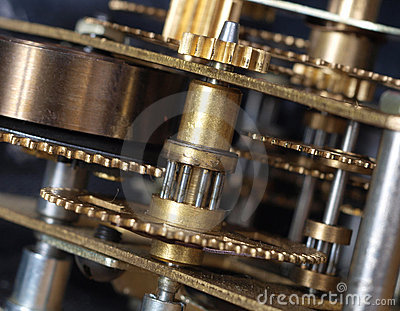 I’ve been listening to my clock this morning, trying to enjoy the rhythmic tictoc and the sound of that chime.  It hasn’t been easy.  When that little hammer raises, it glances off the top of the coil with a tinny, vibrating “schtroing” (roll the R for full effect) before falling onto the bottom of the coil and releasing the warm, reverberating hum I love.  Every half hour, my ears perk up, anticipating the melodious sound that is the product of meticulous engineering, but before I can absorb its beauty, I find my ears offended by the initial “schtroing,” which sets my mind on a “how can I fix this problem” train of thought and robs the clock’s chime of its beauty.  (Listen to the 7-second video for full understanding!)

I think I do that with people too.  Do you?  There is so much human richness in each of us, but I find it easy to let the quirks in others draw my focus away from what is appealing and good.  I get all caught up in fixing-mode or being-annoyed-mode and fail to honor the beauty and uniqueness that are so much vaster and deeper than the quirks.  The person who speaks too shrilly, who processes too slowly, who articulates too poorly, who drives too erratically…whose tastes aren’t mine, whose priorities aren’t mine, whose way of life is antithetical to mine.  I get so caught up in the “schtroing” that I miss the chime. 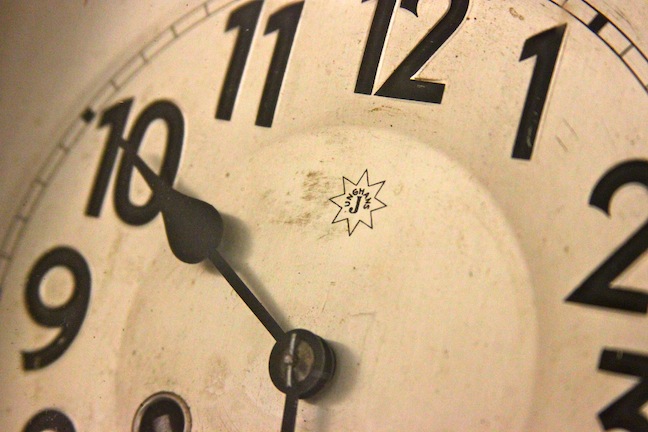 As I prepare for the MK Summit to begin in just three days, may I offer an exhortation to those of us who brush lives with the slightly-different?  (And sometimes MKs are exactly that!)  If only we could look beyond the behavioral, visual, social or intellectual schtroings that are so blatantly obvious in them…and make the effort to find the beauty—the chimes—beyond what’s disconcerting or annoying in the person God created.  I know my internal hammer sometimes clangs and glitches too, yet I hope those who know me can see beyond my shortcomings to what really defines me.  If I expect it of them, shouldn’t I offer the same grace in return?