THE CHARLIE RULE (A chipmunk tale) My mom and I were sitting at her dining room table yesterday, in Port Franks, Ontario (that’s Canada, for the geographically challenged), each engrossed in answering emails, when I heard a faint sound from outside the windows.  A paddle-boat, I thought.  Or children splashing in the puddles left by the night’s storms.  I got back to work.  More noise.  I stopped to listen.  Bear in mind that my mom lives on a river, near a beach and surrounded by nature, so small noises aren’t exactly noteworthy.  But there was something about this particular sound that got my attention.  I shushed my mom mid-sentence.  “You hear that?”  She paused.  “Probably a chipmunk in the bird feeder,” she concluded. She has two “pet” chipmunks, you see.  Charlie and Charlene.  She also has three “pet” squirrels: Freddy, Frieda and baby Fergie.  (She’s obviously a fan of alliterative monickers.)  They aren’t house pets, of course, unlike the chipmunks that lived in the old family cottage that used to stand on this lot.  I loved to sit on the pokey-springed, moth-eaten sofa when I was young and watch them crawl out of their hole on the sun porch, scurry through the living room, climb onto the shelf above the too-many-legged kitchen table and disappear into a box of cornflakes.  They’d reemerge moments later, their cheeks swollen with pilfered cereal, and scamper back to the hole on the sun porch.  And by sun porch, I mean the equally dilapidated, dirty and spider-infested room at the front of the shack…er…cottage.  My dad found the raggedy structure built by his father out of packing crates (some still sporting destination addresses on them) to be idyllic and peaceful.  Though it held two generations of Phoenix memories, I found its utter lack of privacy (imagine ceilingless bedrooms with curtains for doors), its beyond-garage-sales furniture, its perpetually sandy linoleum floors and orange well-water a little less than enchanting.  And on hot summer days, the lack of insulation and absence of any form of air-conditioning had me reaching for Valium and begging for autumn. But I digress.  After my mom’s speculation, yesterday, that the sound from outside was probably just bird-feeder disturbance, I glanced back at the half-written email on my laptop, fully intending to get back to work. This is where the Horse Whisperer in me kicked in.  Not so much Horse Whisperer as Animal Psychic…or something.  (True story: when the French translated “The Horse Whisperer” into French, the title of the movie became the emblem of French wordiness. “The Man Who Whispered Into the Ears of Horses.”  Not exactly pithy, the French…) There was something about the sound from outside that made me uneasy.  I’m still not sure why.  I got up from the table and went to the kitchen, following the muted “thunk, scrape, thunk, splash.”  I glanced out at the river beyond the deck and realized the sound wasn’t coming from there.  It was much closer.  I looked around, following the noise.  Down two steps from the deck stood a green plastic watering can.  As I tiptoed up to the screen door, I saw a splash of water coming from inside.  They say one’s blood can turn cold with apprehension.  I’m here to validate that notion.  I froze–my love of animals dueling with my fear of dead-animals and rooting me to the spot.  “Mom!  Come quick!”  I heard her bare feet slapping the wood floors.  Squealed something about her chipmunks and the watering can.  Watched her hurry out to the deck, lift the can, and tip it on its side. Charlie came floating out on a tidal wave of stale water.  I rushed onto the sunny deck.    My heart was pulsing in the veins of my neck.  I kneeled down beside the waterlogged rodent and watched for signs of breathing, frantically replaying in my head the video I’d seen years ago of a fireman performing CPR on a cat.  “Are you okay?”  My voice was too high.  Yes, I realize that I was a grown woman kneeling on the deck with my face mere inches from a half-drowned chipmunk, talking to him and contemplating resuscitation.  It wasn’t my most rational or respectable moment, but I assure you that the tears in my eyes were real.  After a few moments of panting, immobile, and blinking rapidly, the chipmunk took one last look at the giant human asking him inane questions, then scurried to the far end of the deck and down the stairs leaving tiny wet footprints behind him. The rest of the day was spent rehashing what-ifs.  What if I hadn’t heard the barely audible noises.  What if I’d gotten back to work instead of trusting my instincts and getting up to investigate?  What if the TV had been on, masking the drowning sounds of Charlie or Charlene?  (It’s hard to tell gender on chipmunks, especially when they’re drenched and half-dead!)
As I lay in bed last night, the victim, yet again, of sleep-depriving post-surgical side-effects, I contemplated how close I’d come to letting a small animal drown.  Because I was busy.  Because I doubted the instinct that something wasn’t quite right. Because I was afraid of what I’d find if I looked inside that can. How often do we do the same with humans?  How often to we suspect that someone might be struggling. That someone might need help.  That someone might be on the verge of something truly tragic.  And do nothing.  How many times do we use busyness as an excuse for inaction?  Or the fear of embarrassing ourselves if our instincts prove to be wrong? How often are we just unwilling to risk the messiness of getting involved in someone else’s pain?  Even I, a codependent child born with an overdeveloped Messiah complex, have failed to help or find help for some of the needy in my sphere of influence. 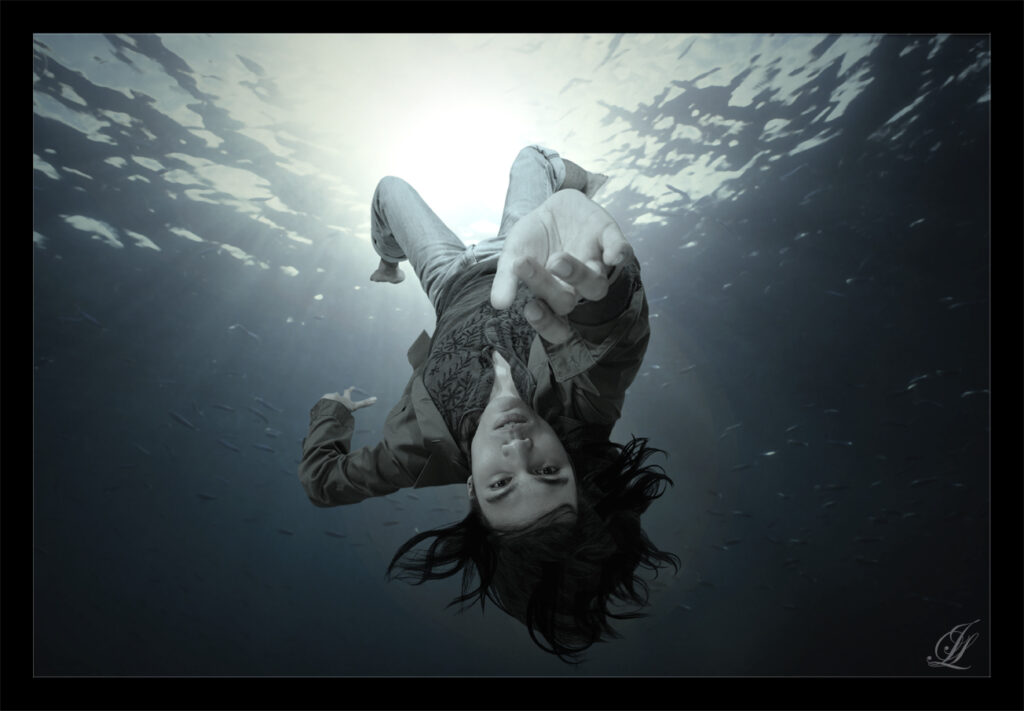 There’s a French legal term used to describe the crime of not doing anything to help someone in crisis: “Non-assistance à personne en danger.”  That’s “non-assistance to a person in danger.”  You can be put in jail for that, in France.  How many times are we guilty of that very transgression?  And as Christians versed in the Good Samaritan ethic, aren’t we called to an even higher standard?  I’ve been Charlie-convicted.  Charlie’fied, if you will.  And I want to internalize this lesson before it’s a human life I threaten because of busyness, hesitation or fear.  If I sense someone may be in need, Heaven help me to step forward and risk being wrong just in case my instincts are right.  And should the situation be beyond my ability to help, may I have the benevolence and wisdom to find appropriate assistance, facilitate rescue, and follow up as best I can.
I’ve referred many times in this blog to my “Phoenix Rules for Living.”  I’ve just added The Charlie Rule to the list.  I’m thinking it’s an important one.  After all, there’s no telling when each of us will be a Charlie too.  When that time comes, I pray people around me will put work aside, trust their instincts, and wade into the stale tidal wave of someone else’s need.