Hypocrisy is a topic we don’t like to address in the missionary community, mostly because of the unspoken lie that a little bit of deception can be good for ministry.  Deception by omission, mind you.  The harmless, distant cousin of outright hypocrisy.  Where does “putting your best foot forward” end and “misrepresenting yourself” begin?  Where does “being charismatic” end and “being manipulative” begin?  The line is blurred in this world where personal relationships could yield essential financial support.  MKs (Missionaries’ Kids) observe the adults engaged in this uncomfortable relational dance and absorb the sinister truth that a little hypocrisy can’t hurt…and might help.
The sad truth is that nothing in missionary life has the potential to promote hypocrisy as much as furlough…which we now call HMA, because “furlough” smacks of leisure.  In most cases, perhaps even a majority of them, HMA (Home Ministry Assignment) is a necessary and enjoyable endeavor.  In some cases, however, it can be mismanaged and misdefined. For many MKs I’ve known, the furlough experience carries a dangerous message, one that promotes “selling yourself for God,” even at the cost of support-driven hypocrisy. 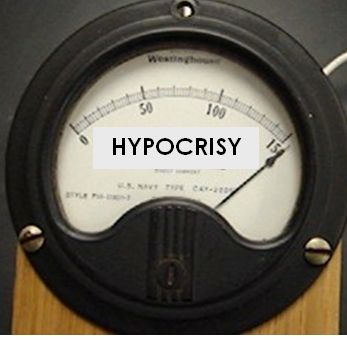 “Selling yourself for God” is an ugly term, I’ll concede that.  It may even be offensive to some of you.  Unfortunately, it is also the term that seemed to most accurately define my “furlough experience” when I was a cynical, hurting and reluctant 16-year old MK.  I coined it out of sheer fury at the end of a day that had begun in a flurry of arguments whispered by my parents behind thin guest room doors.  Something about the service order, the timing of speeches and after-church plans.  The fighting had taken a hiatus during breakfast, when we all broke out our best behavior for a light and lively meal with our supporters and hosts, but the burst of joviality had been followed by a rigid silence while we prepared for our departure.  Things had escalated into angry words again as we drove down highways framed by hanging moss and traveled by sights that were astounding to this Europe-bred MK: half-homes loaded on trailers, cars with rifles hanging in their rear windows, and police cruisers whose sirens actually sounded urgent (unlike the intoxicated-donkey bray of French and German emergency vehicles).

We entered the church parking lot after five wrong turns and an equal number of angry exchanges–and I prayed that someone someday would invent something that gives drivers directions from Point A to Point B.  (You can officially thank my prayer life for the invention of the GPS.)  We found the parking spot labeled “Missionaries/Guests” and pulled in, allowing the silence to tick away our familial cooling-down period.  And then, right on cue, we opened our doors and pasted on our best “We’re a happy, united, godly and committed missionary family” smiles.  I entered the church, ready for performance, my stomach knotted by nervousness, already feeling the paralysis I always experienced as a shy young lady forced into a public, interpersonal role.
Let the schmoozing begin.

Don’t get me wrong.  I know “schmoozing” isn’t the right word.  I know it is really “catching people up on what God’s been doing in our ministry,” “sharing our passion and vision,” and “enlisting new prayer warriors to stand with us as we return to the field.”  I know that’s the purpose of what used to be called “furlough.”
But here’s the problem.  At a young age, before ministry strategy and the benefits of mass communication become clear to us, we MKs read between the lines of broad missionary mandates and develop our own Philosophy of Furlough.  It’s simple and logical, really.  And though the main tenets may not be fully articulated by our parents or mission boards, they’re obvious to us nonetheless:

The fear of losing support is a powerful motivator, one that can shape our behaviors and relationships despite our best attempts to resist it.  For young people who don’t fully understand the fluidity of missionary finances, it can be even more terrifying.  Because MKs are generally quick to take on the burdens of our world, we assume that the survival of “Life As We Know It” depends on us.  An inability to impress supporters would be a personal failure–not our parents’ failure, but ours. So we enter into the manipulation game (another cynical term) with gusto, sometimes feeling like co-conspirators in a tedious hypocritical show.  We try to be cute, winsome, talented, polite and well-behaved.  We’ll eat the mushrooms we hate so as not to offend our hosts.  We’ll recite John 3:16 in four languages any time we’re asked.  We’ll do it all because we’re pretty sure we’re the persuasive props brought along for that purpose.  And if we fail… 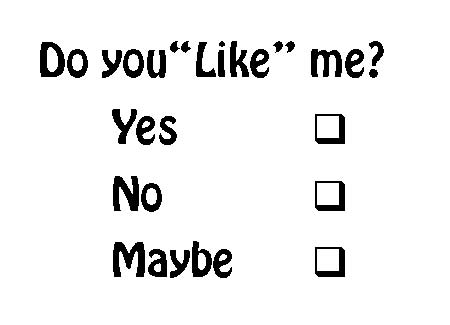 We learn from our parents’ expertise in the field.  We’ve seen them respond with a polite smile to people who made outrageous comments they fiercely disagreed with. We’ve seen them saying eloquent prayers in public that they’d never utter at home.  We’ve seen them being more friendly with wealthy strangers than they’d be with a grocer or a relative.  We’ve seen them speaking with authority on subjects they haven’t begun to fix in their own lives.  We’ve seen them laughing with too much vigor or accepting offense with too much humility–all in an apparent attempt to keep everyone happy and generous.
When I was sixteen and sitting in that service after one of my family’s more epic battles, listening to my dad reciting the same old sermon while my mom still fumed in the pew beside me, I braced myself to sing the song that, in my mind, was supposed to “seal the deal” and ensure continued support. I thought:  “Here I am, ‘selling myself’ for God–trying to make people like me for money.”  The conclusion, as flawed as it was, was an anvil in my stomach as I got up to sing “There is a Savior” with sweet, practiced conviction.  A couple ladies pulled out their Kleenexes.  Deal sealed.
How sick is that? 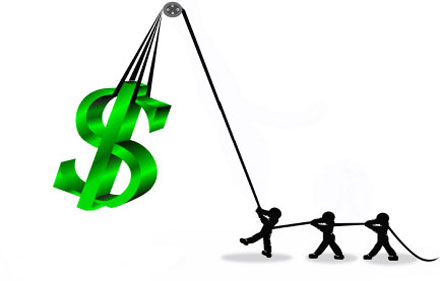 Yet it is a reality that is hard to avoid in the missionary community.  What I called “selling myself,” of course, has many other, more accurate names.  Fundraising, reconnecting, vision-sharing, thanking supporters, networking, honoring contributors, debriefing, challenging, expanding God’s Kingdom by enlisting new soldiers…  All true.  All necessary.
But to SOME MKs it can feel like something entirely different: playacting in the hope of continued investment.  Performance with the goal of “seducing” new income.  I know the terms are harsh.  I know they’re acid-laced and cringe-inducing.  Yet if we’re to understand what shapes and influences our MKs, we need to face hypocrisy head-on and unflinchingly.  It is rampant in any field where image yields profit, but in ministry, it takes on dangerous spiritual overtones…as if God Himself required it of us.

It begins to bleed into all other areas of our lives–furlough or no furlough.  We so keenly feel the pressure to be perfect that we hide behind careful masks nearly constantly and berate ourselves when they slip.  We become fierce in our fakeness.  Fearful too.  And the habit gets so ingrained that we’re not even aware we’re living according to an unachievable and destructive mandate to be absolutely without flaw.

Marriage trouble?  Don’t ever mention it.  Missionary discord?  Never refer to it.  Ministry discouragement and attrition?  Not something we discuss.  Problems with lust, money-mismanagement, unethical behaviors? Nobody needs to know.  Why?  Bottom line: because even we have bought into the myth that ministry demands that we must be faultless. 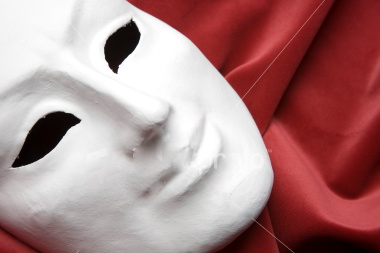 If MKs have spent their entire childhood observing relationships in which approval (and its payoff) was obtained through insincerity, should we not be concerned about the honesty they’ll bring to the rest of their relationships?  Will they attempt to earn love by pretending to be someone they’re expected to be?  Granted, that kind of manipulation is not uncommon human behavior, but when it was inspired by “God’s work,” it becomes even more sinister.  Hypocrisy doesn’t just play out in relationships, sadly.  It controls our ability to be real with ourselves, to seek help, to mature and to find a fulfillment born of integrity.  Even worse, this missionary fakeness can push MKs to dismiss God, Christians and anything pertaining to faith.  They were so disgusted by their parents’ more or less conscious two-facedness, so angry and humiliated by the pressure to pretend that they rejected it all.  I’ve seen it happen.  It is heart-wrenchingly tragic.
What can the church do?  Start by allowing missionaries to be human.  Be a safe place in which they can voice their failures and find compassionate help.  Try not to infer “the more we like you, the more we’ll support you”!  Ask personal questions with loving, forgiving intentions.  Be aware that you’re supporting real people who are just as susceptible to sin as any of your church members are.  As for MKs, demand nothing from them except that they be children.  Well-traveled children, but children.  Children like yours.  Nothing more. 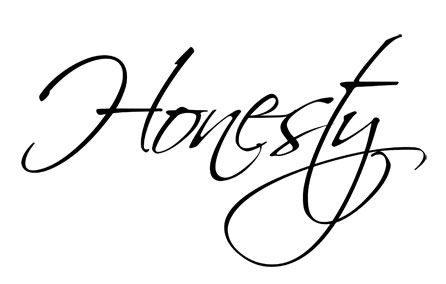 What can missionaries do?  This is where the greater responsibility lies.  Based on my own life and the lives I’ve observed, I can safely attest that we (MKs) take our cues from you (our parents).  We see you “performing,” we see you manipulating, we see you selling yourselves and us, all for a “good” cause…but we can tell when it’s fake.
Missionary parents: be real, be vulnerable, be flawed…especially in public.  Dare to defy the “be perfect or pretend” missionary motto.  Make it clear that your children are not expected to be flawless either, especially not for show.  Set God’s expectations and grace as a standard, not a church’s or supporter’s approval.  Demonstrate how honesty and vulnerability can lead to help, healing, and wholeness.  Most importantly, be prepared and willing to leave the field if that’s what living with integrity requires.

When preparing for HMA, missionaries, please relieve your children of any responsibility for the results of your fundraising.  Make sure they know that YOU’re the adult, YOU’re the public persona, YOU’re the one shouldering the burden, the effort and the outcome.  Tell your children what your financial situation really is, in terms they understand, so they don’t live in fear of immediate bankruptcy.  (More on that in a future post.) Validate your kids’ talents, but don’t use them as mere strategies and fundraising tools.  Make sure they know that who they are is not something you expect them to change in order to be liked by potential donors.  Remove the dollar signs from your interactions with people, and make sure your children know Who and what really motivates your exchanges.  Give them choices as to their role in your fundraising furlough, and make sure it’s about people and God’s purpose more than about money. 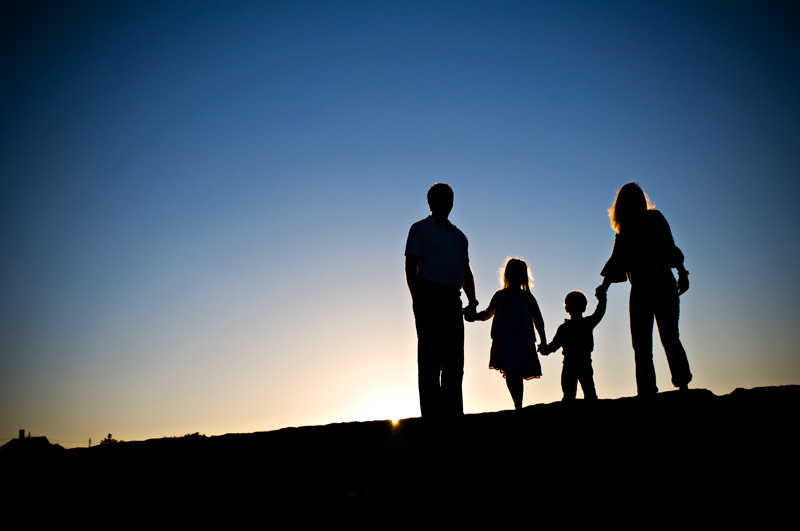 I must finish by saying that I’ve seen many, many missionary families who have “done it right” and prevented the kind of damage I’ve described in this post.  The “fake it or fail” equation may be losing some popularity in ministry, and I’m thrilled about that.  Unfortunately, remnants of the old mindset still breathe their falseness into good and worthy work.  I’m sorry if the subject of this post has offended anyone, but I wanted to address this topic for the sake of those families who still live, even unconsciously, by the “seducing support” motto…and for the sake of their children, whose understanding of God, faith, honesty and family are irrevocably distorted by holy hypocrisy.
©2011    (Please reproduce only with permission)