Looking for a post about goofy Christmas memories and yuletide merriment?  I’m afraid you’ve come to the wrong blog this time.  I’m a big fan of Christmas—always have been. Even as I write, safely tucked into the armchair in my mom’s Canadian living room, listening to classical music and the crackling logs in the fireplace (it’s a gas fireplace and the logs don’t exactly crackle, but in my mind they do!), I am feeling those familiar flutters of anticipation and serenity.  They may be a little more intense this year—not just because I’m spending Christmas on this continent and not just because the past few months have been so full of miraculous surprises.  No, the one factor that has elevated this season from joyful to amazingly-wonderful-and-gratitudeful is death.  Elizabeth Edwards’ death, to be precise. 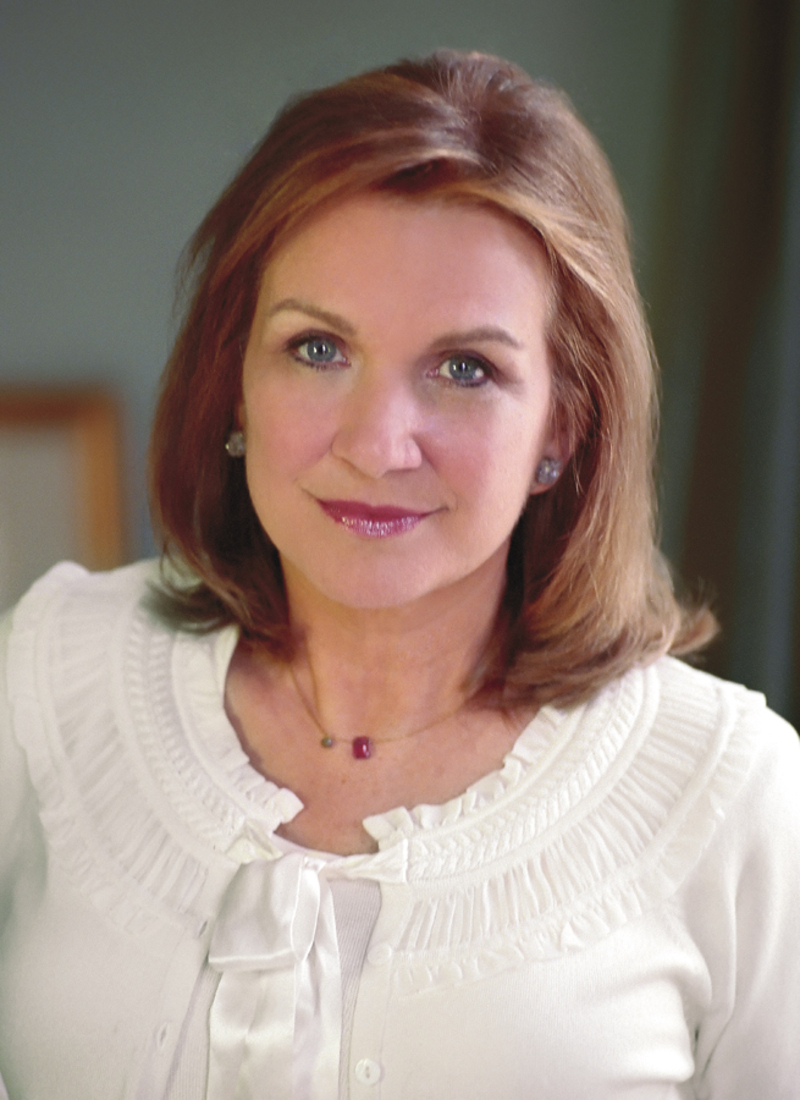 I can feel some of you reaching for the keyboard, ready to click away from a blog written by a French MK who clearly still suffers from her homeland’s affinity for the morbid and depressing.  But that’s not what you’re dealing with here, I promise. 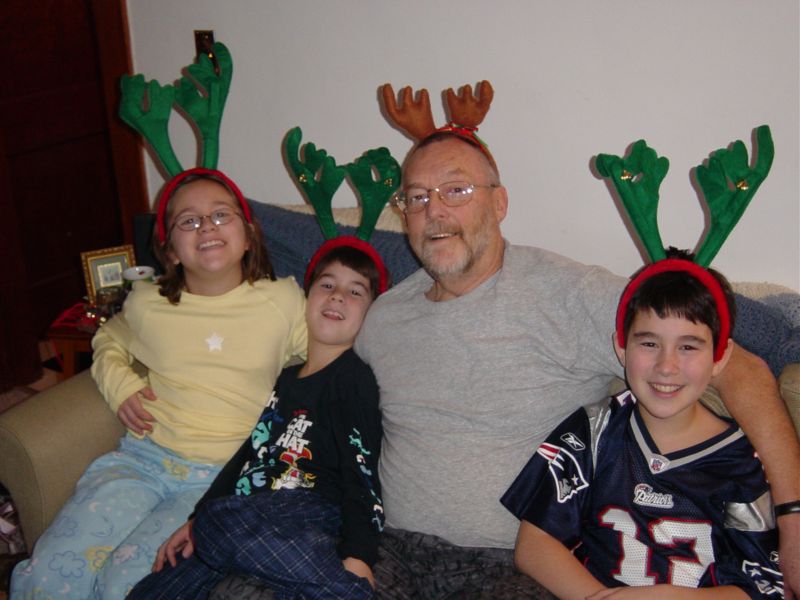 You see, in the past few weeks, I’ve spoken with several friends for whom Christmas has become a low-light of their year.  For them, it’s synonymous with the loss of a family member or other tragedies that struck unexpectedly right before what is touted as the happiest day on the calendar.  In reality, I should be one of those who dread the colored lights and carols of December.  My own father was hospitalized just before Christmas back in 2004, was diagnosed the same day with acute leukemia, and died only two weeks later.  We brought Christmas to Victoria Hospital that year, tucked his stuffed moose into his IV pole and hung small ornaments on the rails above his bed.  We plugged a tiny Christmas tree into a wall socket and played his favorite Gaither Christmas CD as relatives and friends paused their own celebrations for a brief visit with the tired but cheerful man whose chemo burned through his veins. 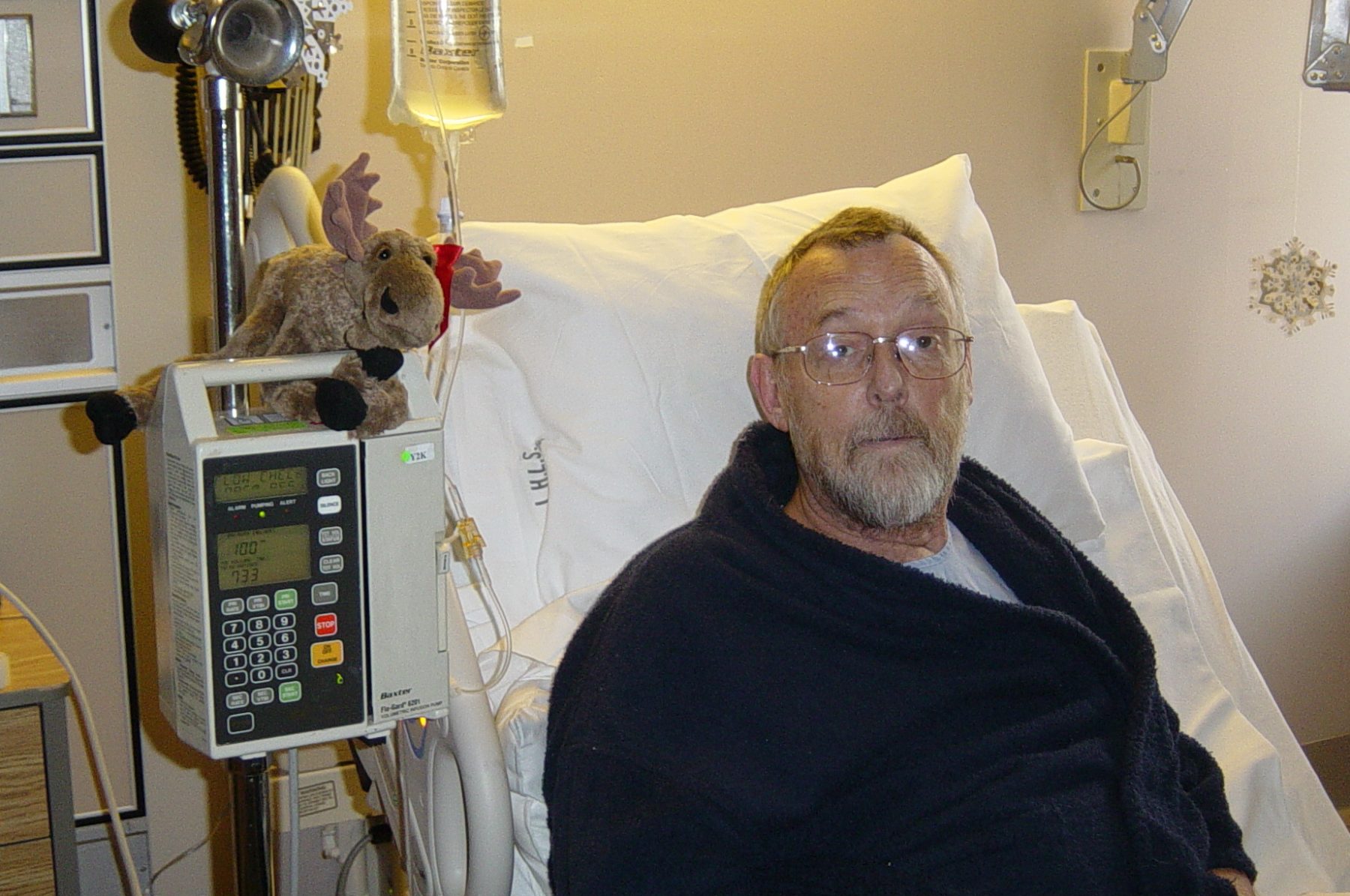 My dad had always been happiest in the weeks before Christmas, and that year was no different.  Despite the withering fatigue that slowed him and the death-awareness that mellowed him, he was determined to get into the spirit of the day—and he managed laughter and levity with those who shared part of it with him.  Two weeks later, he was gone.
Looking back on that Christmas nearly 6 years ago, I realize that I too have reason to associate the celebration with my father’s futile battle against an indiscriminate disease.  And yet…I can’t bring myself to hate something he loved with such fierceness. 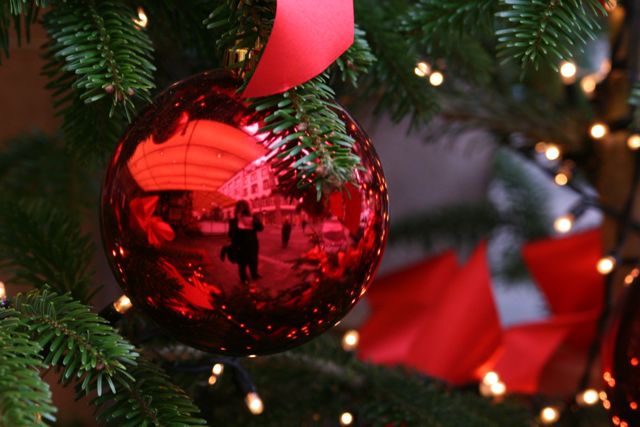 Where does Elizabeth Edwards fit in, you wonder?  When news of her death made the headlines a couple of weeks ago, my Christmas joy and anticipation teetered just a little.  This was a woman who, by all accounts, had waged a relentless war against the cancer that killed her.  Despite the loss of a teenage son years ago and the public humiliation of her husband’s well-broadcast abandonment, she’d battled with courage and grace, remaining a positive force even in the face of such maiming adversity. 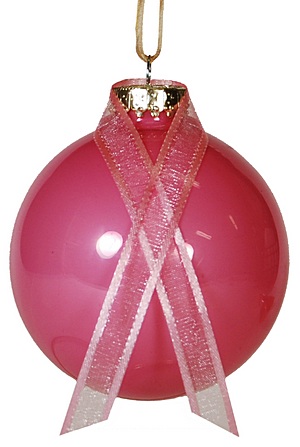 She died of breast cancer.  The same cancer I’ve had.  She died despite the best treatments and specialists modern medicine had to offer.  Some of those treatments are the same I’ve undergone—and they failed to save her.  Don’t get me wrong: I’m not one to live in fear of death.  Even with two cancers behind me, I’ve lived with a deliberate, sometimes ferocious optimism—not in spite of the disease but because of the disease.  Hearing news of Elizabeth’s death was a stark reminder that though it feels like the cancer is behind of me, no one can guarantee that it won’t return.  No one can assure me that the surgeries and radiation eradicated the last of the cells that could cause a recurrence. 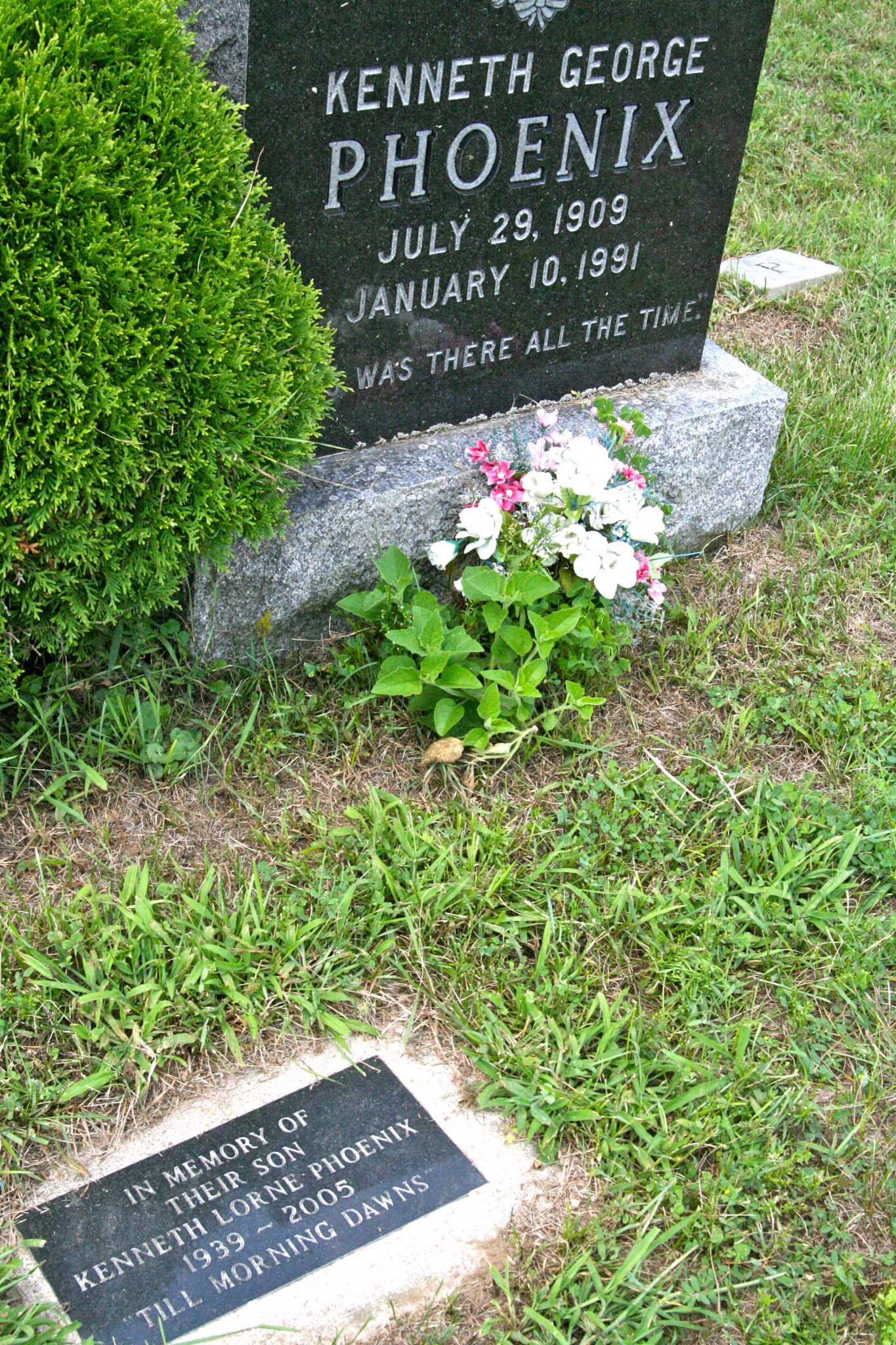 I read the articles on Elizabeth Edwards’ death and briefly let my own mortality sink in.  Then I thought of her children, who, like so many other families, will be spending Christmas without a loved one for the first time this year.  And then I considered those friends who have told me of their aversion to the Season of Lights, who will be pasting on pretend-glee for their children’s sake but not feeling any of the merriment the season used to hold. 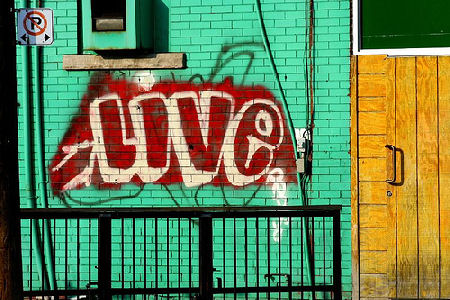 And then, bright as the Bethlehem Star, I saw the light.  It shone from the pages of, yes, People Magazine, in an article about a young woman whose husband died in Iraq.  She said: “The best way to remember him is by living a life filled with all the things he can’t do anymore.”  The best way to remember anyone who died, it dawned on me, is to LIVE.  To celebrate the occasions they can’t anymore.  To hug the family members they can no longer touch.  To stare at the stunning night skies they used to love.  To listen to the songs that used to make them cry.  To LIVE because they no longer can. 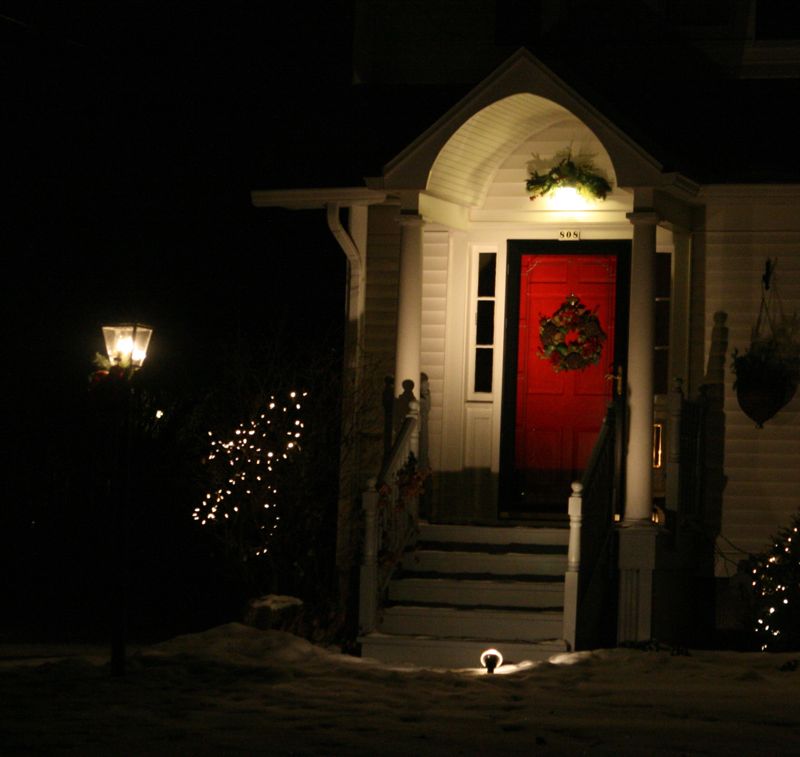 Does Christmas remind me of my dad?  Yes.  I can still see him in his red robe, Santa hat askew on his head, stoking the fire in the living room of his 200-year old farmhouse.  Does Elizabeth Edwards’ death remind me that I too may not have much longer to live?  Yes.  And because of both of those reality checks, I choose to live this Christmas (and the next and the next) with Ken Phoenix’s exuberance and Elizabeth Edward’s wise and purpose-imparting death-awareness.  You see, honoring those we love who are no longer with us isn’t about marking the season of their passing with somber memories and overwhelming longing.  It’s about doing today what they can no longer do.  About laughing because we still can.  About dancing because we still can.  About giving and receiving because we still can.  About speaking affirmation and standing up to injustice because we still can.
Because we still can.  And no one knows how long we’ll still be able to—neither those of us with cancer in our rear-view nor those of you in rip-roarin’ health. Think of how differently we would all live if we did so to honor those who no longer can!  In that spirit, I just may have to go out and buy a crooked Santa hat…and maybe I’ll pin a pink ribbon to it, just to make sure I don’t forget to LIVE.