DANCING WITH THE D-LIST

(For those of you waiting for my decision on the life-altering dilemma facing me, I’m afraid you’re going to have to wait one more week!  Your prayers and input have meant the world to me and I promise to post a final conclusion by Thanksgiving.  But in the meantime…)

Trans-Atlantic travel is a bit of a mind-boggling proposition.  I’ve been pondering this reality all day.   You see, I returned last night, bleary-eyed and full-hearted, from ten days in Germany.  The purpose of my trip was to receive the training that would make of me a Certified Birkman Consultant.  Well, Mission Accomplished!  (That’s my certificate and student, Ben, below.  See end of post for brief Birkman explanation.) 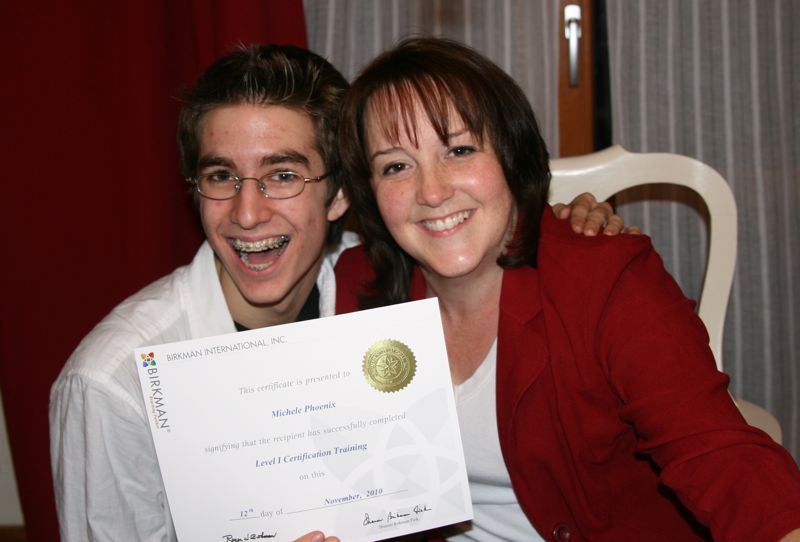 When I made the decision to take the training back in May, I discovered that it would actually cost less to do so in Germany (plane ticket included) than in Houston, where the Birkman headquarters are located.  So I hopped on a plane on November 7th, submitted my brain to the torture of intensive learning/training, and filled every minute of my spare time reconnecting with my former students and friends in Kandern. 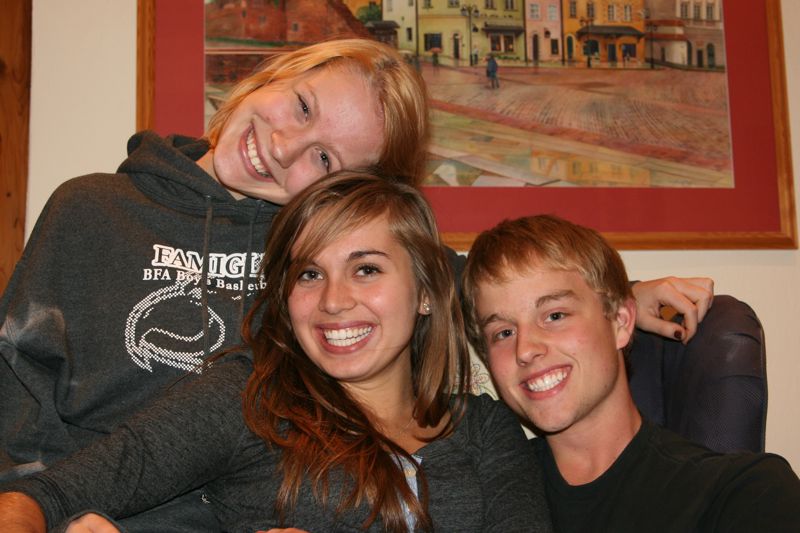 Signs that one has spent some time abroad:
1.  Every time you get into your American car, your left foot reaches for a clutch that isn’t there.
2.  You wake up because you DON’T hear church bells in the middle of the night.
3.  The cashier at the grocery store gives you a strange look when you begin to bag your own food.
4.  You find yourself quite happily going 60 mph in a 30 zone.
5.  You spend a whole day without shoving French pastry into your mouth.
6.  You’re astounded that the top news story on American TV is an ex-vice-presidential candidate’s daughter and her ascension to the final round of Dancing with the Stars. 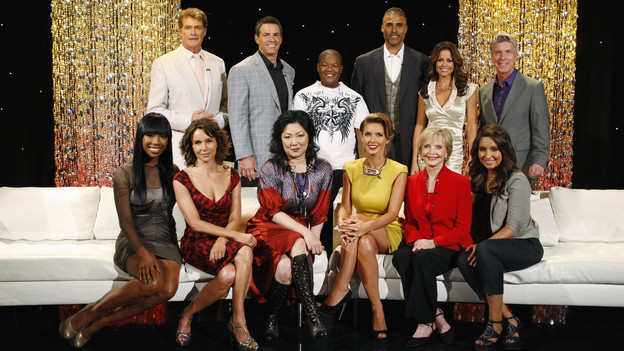 Dancing with the Stars, or DWTS as true fans call it, is not exactly Einstein’ian entertainment.  The host is affable enough and the dance routines can be impressive, but the judging is about as relevant as a Pinto in a Nascar race and some of the costumes make French beach-goers seem overdressed.  The “Stars” on the show (mostly so far past their prime that making the D-list would be a stretch) are paired with professional dancers whose cajoling and choreographing are supposed to turn raw non-talent into slightly more polished non-talent.  There are exceptions, of course—contestants with sufficient dance and performance experience to elevate them above the flat-footed, robot-mid-spasm competition, thus earning cries of “Foul!” from the show’s over-invested audience. 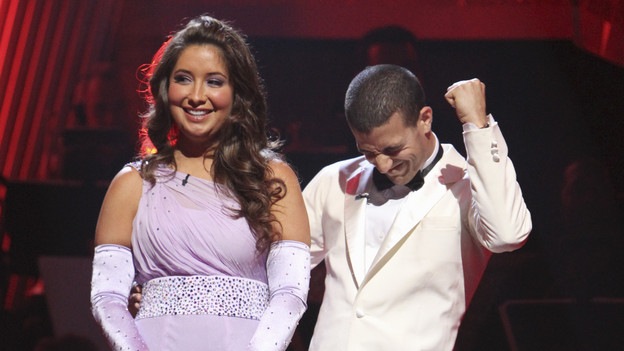 Enter Bristol Palin, the sweet and shy young woman whose range of facial expressions is limited to “blank,” “confused,” and “blank-and-confused.”  She’s been the underdog since the season began, her attempts at passion laughably anemic and her off-the-cuff interviews sadly devoid of…well…words.  I’m sure no one, least of all Bristol, expected that she’d make it to the finals.  Yet here she is, Miss Milktoast herself, competing for a mirror-ball trophy against Dirty Dancing’s “Baby” and That’s So Raven’s lovable Corey. 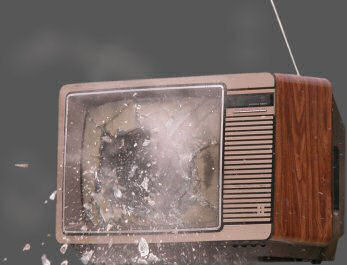 The outrage seems fairly widespread.  How could the viewing public vote Bristol into the finals when other stars (particularly Brandy) danced so much better?  A man in Wisconsin apparently was so incensed by the injustice that he shot his own TV set—I’m not making that up.  Had I known that was an appropriate response to disappointment, my television wouldn’t have made it past the second season of Lost. 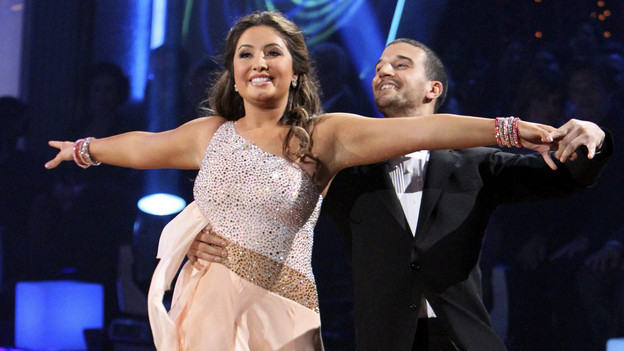 But let’s consider a little more closely the spiritual parallels (yes, I said “spiritual parallels”) of Bristol’s story.  It’s my theory that the viewing audience isn’t just voting for her because she’s Sarah Palin’s daughter.  Nor are they supporting her because America likes to root for the underdog (Bristol Palin is to dance what the Cubs are to baseball?).  No, I think they’re celebrating her journey rather than her genius, and there’s something liberating in that concept.  It isn’t the quality of her dancing they’re evaluating, it’s her grit and commitment, and the small yet visible improvement they’ve yielded.  Don’t get me wrong, she’s no Baryshnikov—but one of her two left feet is slowly morphing into a right one, and that’s something worth rewarding. 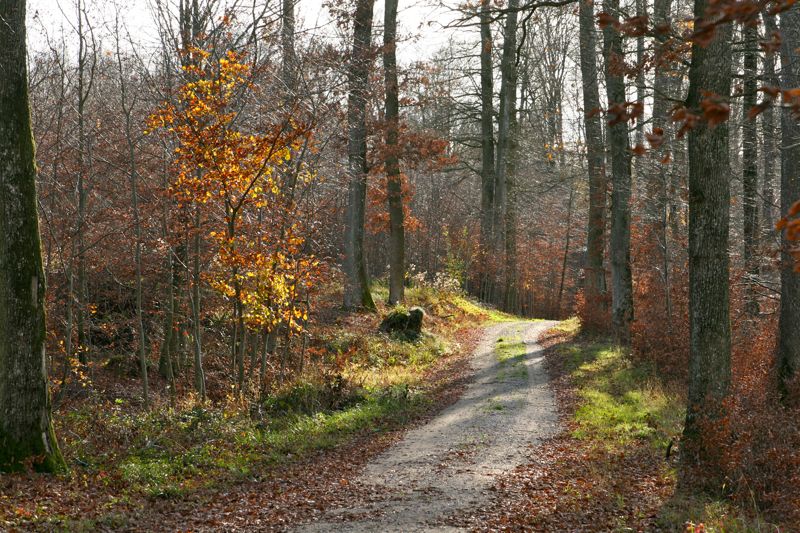 As I’ve spoken with students recently, I’ve heard so many discouraged tales of failure to achieve goals that, in reality, cannot be met while hobbled by humanity.  We sincerely strive to live up to the standards the Bible sets for us, but every time we fall short, our courage and determination wane.  We set our sights on such high and worthy ideals, but in our dogged pursuit of those, we find our focus too narrowly aimed at the conclusion of our efforts… Think of the paradigm shift that would happen if we kept the end goal in sight as our ultimate destination, but spent more of our energy actually recognizing the small steps and victories we take toward reaching it.  Acknowledging nothing but grand-scale success has relegated us to the rut of failure and we’ve forgotten how to celebrate the small, incremental victories that make the long road to achievement brighter and more joyful. 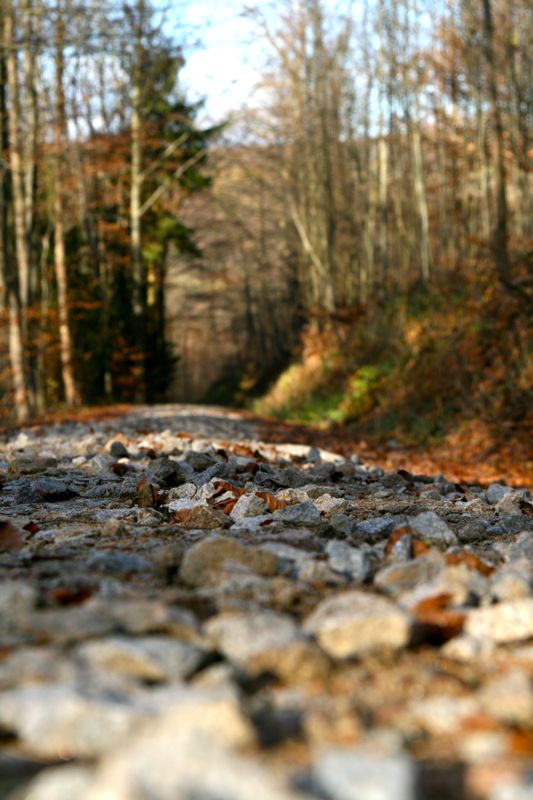 To a certain degree, we are all Bristol Palins.  The competition in life is fierce and the end-goal, as lofty and good as it is, seems unachievable.  On a spiritual level, we strive to live as God calls us to: with righteousness and selflessness, above reproach.  And we feel like we can’t possibly succeed, as weakness and flaws unravel our best intentions.  But God, like the DWTS audience, isn’t just concerned with our final achievement.  He celebrates every step, every small victory, even the mere willingness and effort we invest in our pursuits.  While we berate ourselves for failing AGAIN, He rejoices in the desire that led to the attempt.  If we could see our lives through His eyes, we’d be able to live from small victory to small victory rather than from perceived failure to impossible success.  How different would our journey be if we too acknowledged the small moments that lead, sometimes imperceptibly, toward a greater end?

In case you’re curious:  The Birkman Method is a test that measures a person’s strengths, needs, and stress behaviors.  It is widely used in the marketplace for recruitment, team building, career planning and personal/professional assessment.  Thorough and rooted in science, it uses 11 different components to establish inner expectations, external manifestations and areas of conflict.  The Birkman Consultant (that’s me!) meets with test-takers for up to two hours to explain the results and apply them to relationships, jobs and personal development.  The test is usually too costly for missionaries and their children to use, but as a consultant, I can give it for much less.  If you’re interested (for yourself or someone else), please let me know–I’m open to any and all new clients, not just those involved in missions!  The Birkman Method is especially pertinent to people at a cross-roads, graduating from high-school/college, seeking employment, unhappy in their current job, curious about their “inner workings” or wanting to better understand their relationships.