Gracie-Pooh Studebaker is my new best friend.  She’s dependable, knowledgeable, longsuffering and objective to a fault.  That’s her good side—kind of like saying that Rosie O’Donnell is funny and engaging, while omitting “belligerent,” “cantankerous,” “crass” and “insulting” from the adjective line-up!  Gracie-Pooh, you see, is prone to nagging.  She’ll repeat the same thing fifteen times—never raising her voice, mind you—and will wilt any attempt at independence with a withering albeit calmly spoken “please make a U-turn at your earliest convenience.” 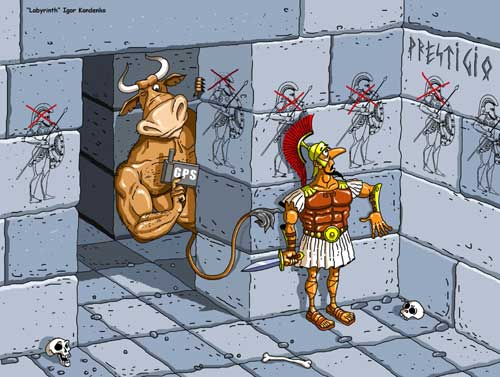 Gracie-Pooh Studebaker (her initials are GPS…that’s a clue!) has led my mom’s PT Cruiser, with us onboard, out of Ontario and on through several states over the past few days.  She is a diminutive, modern-day version of Israel’s pillar of fire, and she has guided us to encounters and reunions that would have been much less of a sure-thing had we had to rely on our own navigational skills!  I still haven’t gotten over talking back to Gracie-Pooh and cringing when she utters her monotone “recalculating,” thereby informing this independent driver that I’ve taken a wrong turn and apparently suffer from what a dear friend calls “Male Pattern Overconfidence”—that type of sureness that has more to do with Peacock’ish posturing than with actual skill or knowledge or instinctive sense of direction.  When Gracie-Pooh says, “Turn left…turn left…TURN LEFT!!!” and I fail to do so, her “recalculating” has overtones of “Listen, moron, you bought me so I could navigate, now LET ME NAVIGATE!”  I don’t respond well to monotone tyrants.  But I’m learning.  I do, however, occasionally remind Gracie-Pooh that she’s an Ebay buy and can easily be resold. 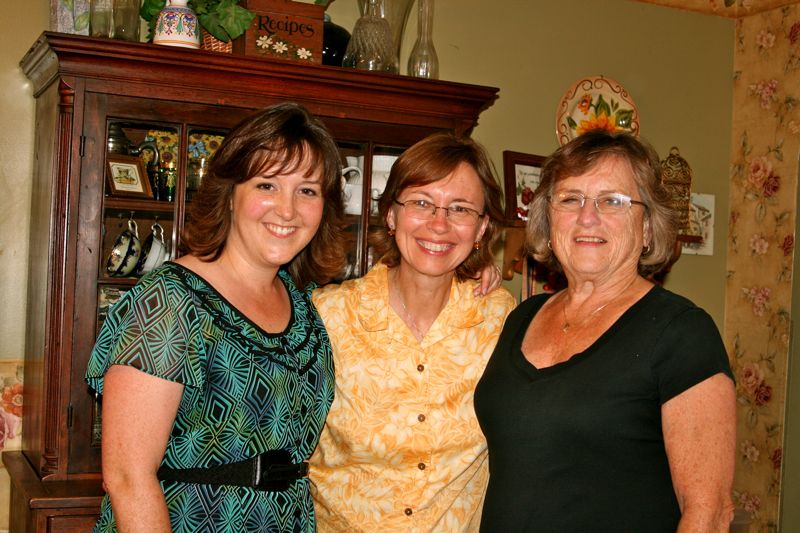 Aside from gazing at stunning scenery and ingesting forty-three thousand pounds of delectable and fat-saturated food, this trip has also afforded encounters that were God-inspired (and Gracie-Pooh-led).  On one evening, I sat at Anna’s dinner table, a woman who was my baby-sitter when I was eight/nine years old.  She now has four children of her own, teenage MKs from Morocco, Spain and Mexico, and two more teenagers (and MKs) living under her roof for the summer.  Everything was going along swimmingly until the end of the meal, when Anna informed the kids that Michèle was now going to speak to them about being MKs.  Please let me introduce you to the concept of a deer staring panic-stricken into the glaring headlights of an oncoming conversation. 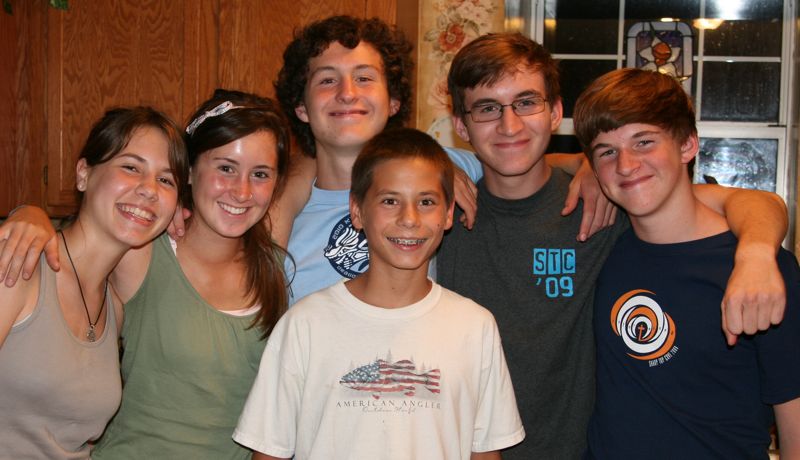 I looked at my mom.  She said, “Just tell them what you’ve learned as an MK.”  Uh…no.  Preaching isn’t my strong suit and getting preached at is no teenager’s favorite thing!  Quick prayer—quick answer.  “Alright, y’all,” I said—I was in the south and had adapted my vocabulary to suit the culture because I’m such an sensitive missionary-type, you see (sarcasm)—“I want you to draw pie-charts of your identity: what percentage of you is American, Spanish, Moroccan, and Mexican?”  And then we went around the table comparing pies.  The discussion than ensued was dynamic and so filled with aha-moments that I had the sense that I was merely sitting back, asking the questions and letting God craft the answers.  Why did some of the siblings have a much larger American pie-piece than the others?  Why did some hesitate to even give a percentage point to that part of their identity?  What generalizations do they make about their American counterparts while demanding acceptance and tolerance in return?  What experiences and relationships shaped the rest of their “pie”?  What can they do to ensure that all those facets of their identities stay alive as they move forward into adulthood in a mono-cultural world?  Fascinating.  Galvanizing.  And, I pray, enlightening for the articulate and insightful and oh-so-bright teenagers who did most of the talking. 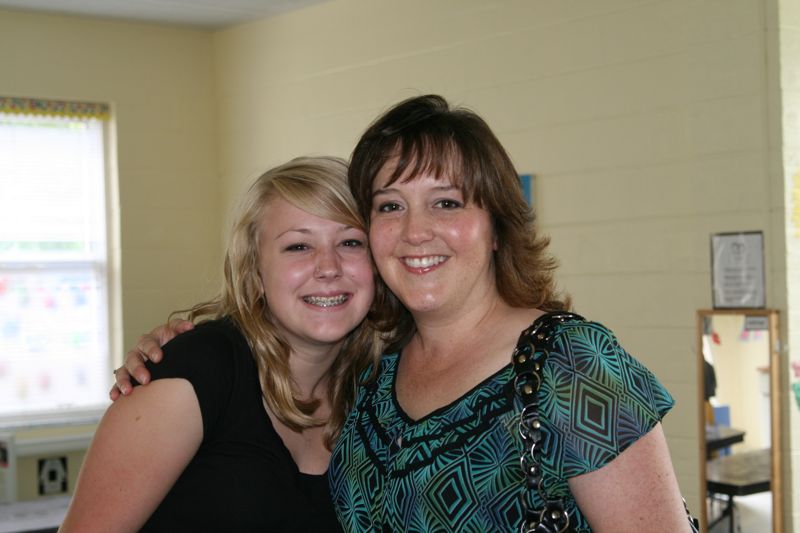 Here’s the bottom line (I’m a bottom-line kind of girl):  just as “GPS” stands for Gracie-Pooh Studebaker, I’m beginning to suspect that “MKs” stands for Michele’s Kindred Spirits…because sitting at Anna’s table that night and hearing my own “former self” in the words and attitudes of those young people—and THEN getting to insert into the conversation what I’ve learned and observed as an adult version of themselves?  That, my friends, is what gets my inner armadillo waltzin’.  It’s also what gets me excited about the year ahead, because I’ll get to have more of those conversations as I connect with young and old MKs (and their spouses!) and expand my ministry to apply what I know, teaching churches and missions groups to better understand and nurture the MKs in their care.  I cannot WAIT to get started and then to sit back and watch as God uses what I’ve experienced/learned to touch, transform, heal and turn lives to Himself. 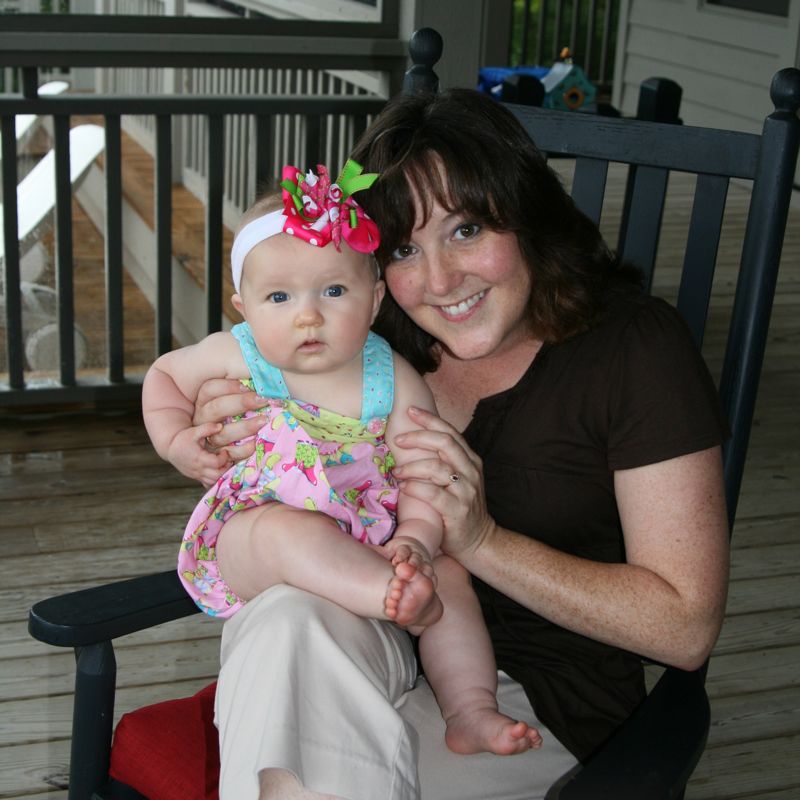 I’ve got less than a month to (quoting my Southern friend) “get my ducks all rowed up”—and then, it’s off to Wheaton!  Having just passed through there and visited my miracle apartment for the first time, I’m all the more eager to settle in and branch out. 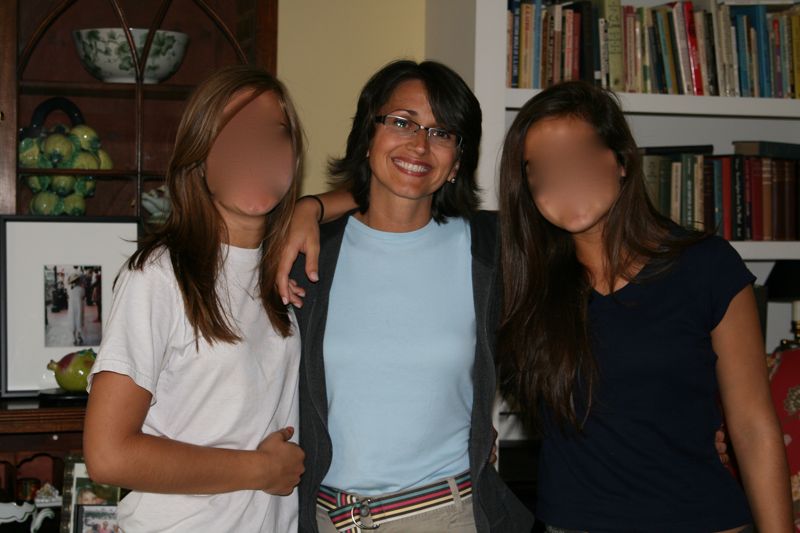 See, here’s the problem with taking pictures of teenager girls early in the morning: they make you swear not to post the pictures anywhere!  So here’s the compromise.  They’re technically in the picture, but you can’t see their morning hair and fresh-scrubbed faces.  I was soooo thrilled to be able to visit my wonderful friend and her daughters.  (Jackson was already at work when we took this pic.) 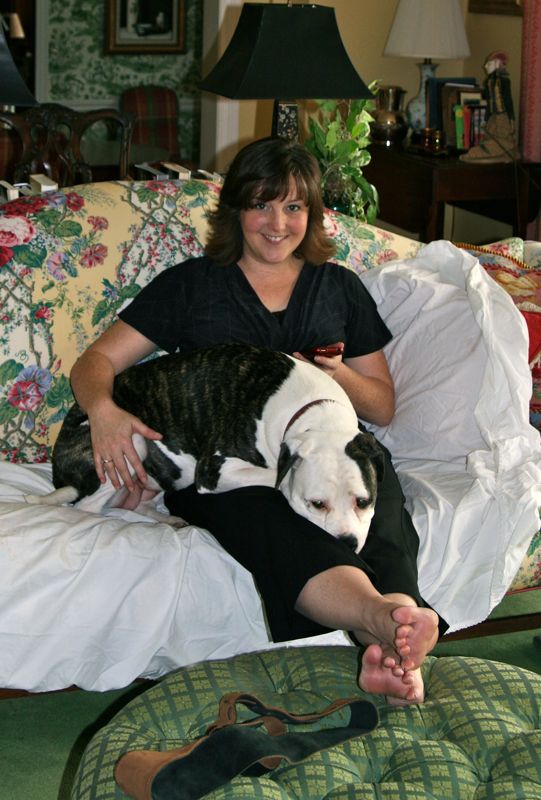 A few minutes with Maggie.  Priceless. 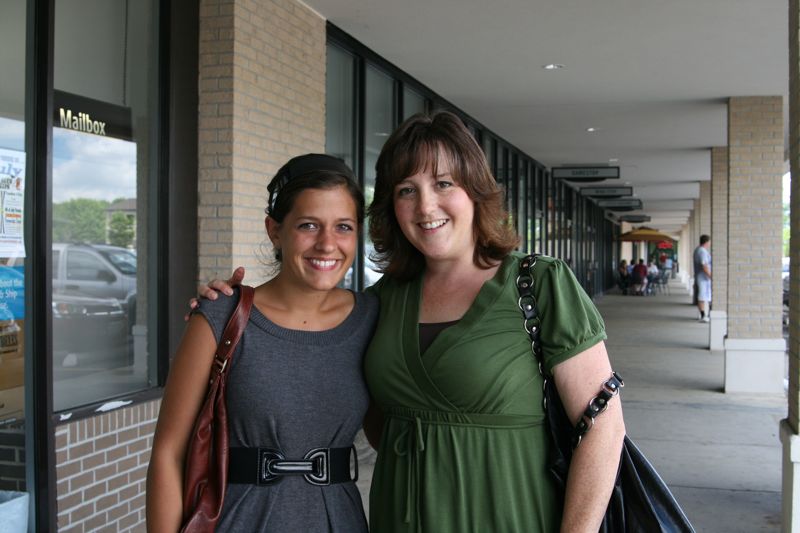 Reconnecting with Ellen in Wheaton.  Can’t wait to be able to spend more time with this beautiful young woman (former student and friend). 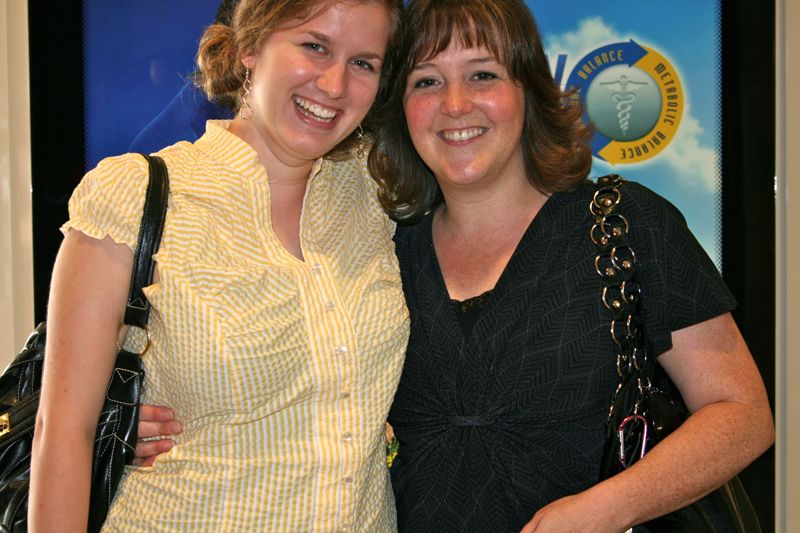 This is Lauren.  I’ve loved her since she was a student.  She’s as insightful as she is witty, and her MK experiences will inform the counseling career she plans to dedicate to those in ministry.  I am so very proud of the wise and beautiful woman she has become!   The lovely restaurant greeter taking the picture omitted to include the top of our heads in her photographic masterpiece.  Amateurs, nowadays… 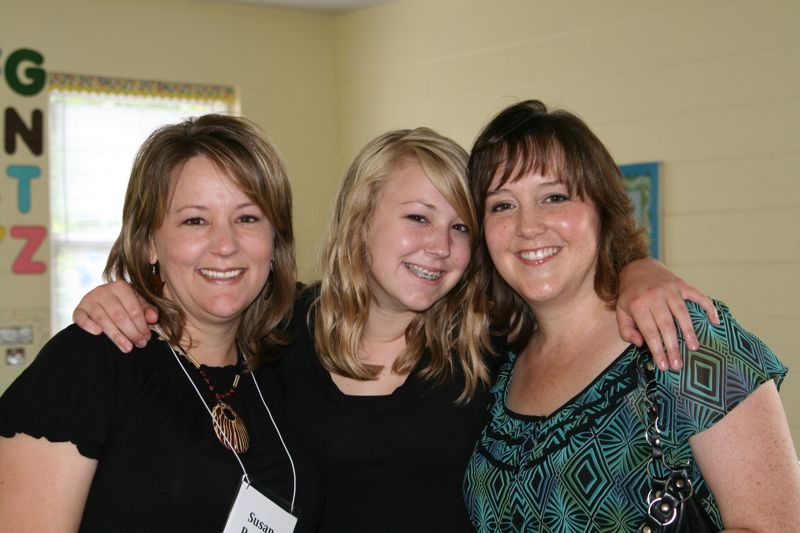 Nashville—Susan Powell and her husband, Mark, are God’s gift to BFA.  So wonderful to be able to very briefly hear her speak, and then to spend a couple of minutes with her daughter, Meredith.  What a fantastic family. 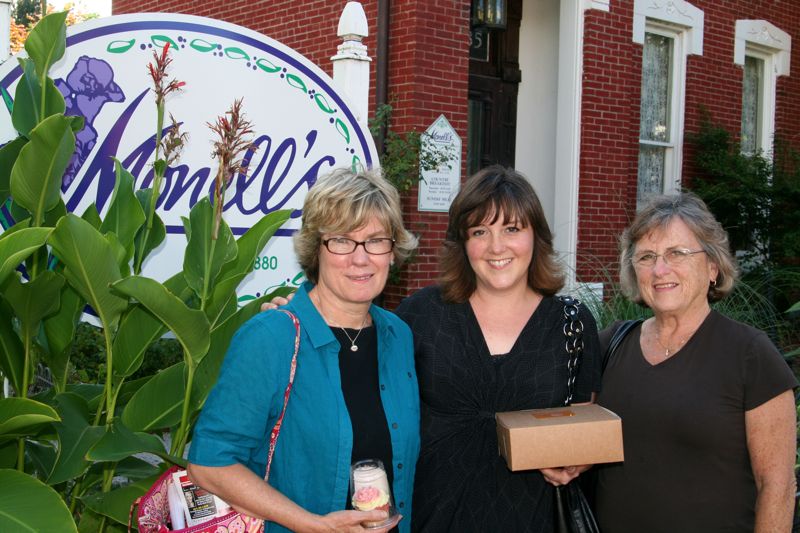 Dotsy survived Microcystic Adnexal Carcinoma too!  We met online right after her diagnosis (and several months after my cancer –ectomy!), then face to face for the first time last summer.  This may become a yearly ritual, particularly if she keeps introducing me to restaurants like Monell’s!