RETREAT INTO A BLIZZARD

Under the best of conditions, it’s a recipe for chaos: load 300 teenagers into five buses and a couple of vans, then head off to the mountains for three days of skiing, snowboarding, worshiping and learning.  Every year, I ask myself if I have the courage to face the weekend “retreat” of perpetual loudness, busyness and “peopleness.”  And then, pretty much every year, I tell myself that I’d regret it if I sat it out, that I’ll love it once I’m there and that THIS is where true connection with students can happen.  This closet-introvert (not-so-closet, if you know me well!) has learned that the anticipation is usually far worse than reality. 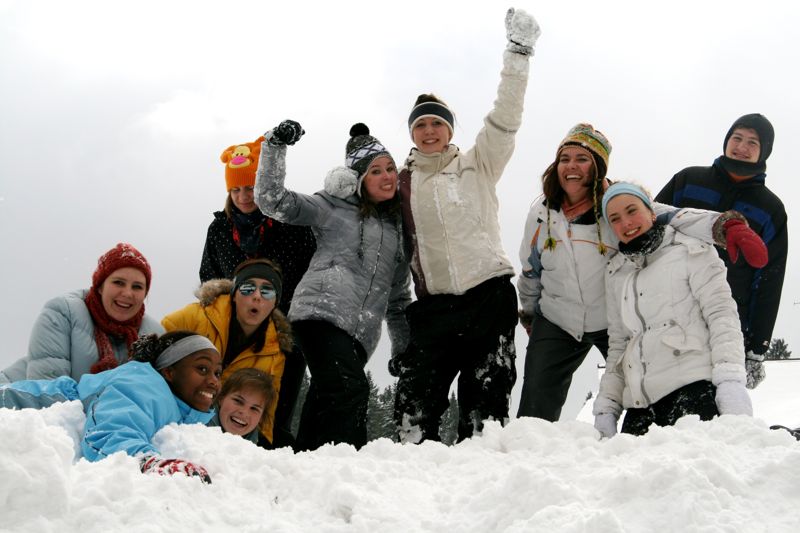 This year, I had to factor illness into the equation.  I was diagnosed with sinusitis and bronchitis two days before departure—I guess I multitask even in the area of health!  But, swallowing my trepidation and a handful of antibiotics, I boarded Bus Number Two with a not-so-small suitcase filled with the weekend’s necessary loot.  Boots (borrowed)—check!  Wool socks (borrowed—I don’t do snow)—check!  Airplane blinders (I don’t do light in the morning either, apparently)—check!  Fan (for air and noise)—check!  Ear-plugs—check!  Heating pad—check!  Laptop—check!  (I’m not above wandering around with it held up at arm’s length, begging the gods of wifi to show mercy on me!)

For those of you keeping track, I am indeed a high-maintenance traveler.  And one who could really have used the services of a porter while climbing four stories to the tower-room, on forty-something-year-old legs and with a mountain of unnecessary (but oh-so-comfy) accessories slung over both shoulders and around my neck.  I made it to my room, did a happy-dance when I realized I’d be its sole occupant, then pasted on my “I’m a social person” face and descended the stairs to enter the throng. 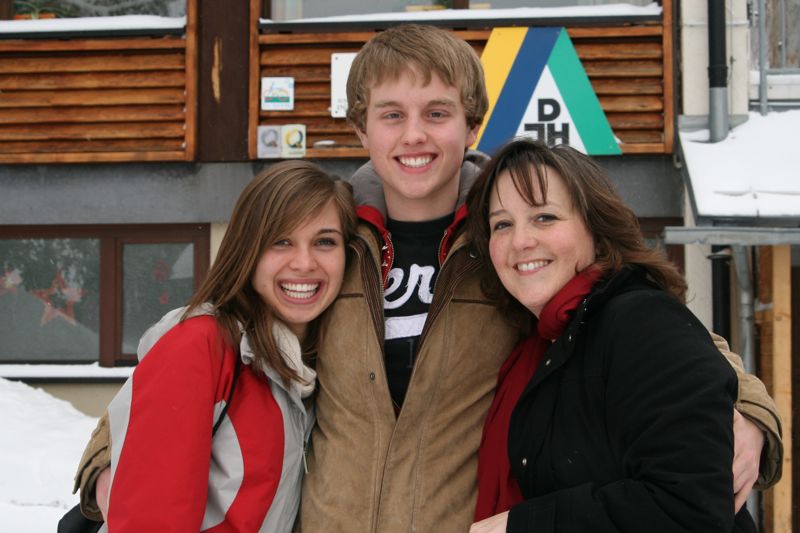 Any of you who have participated in high school retreats know that the general mood hovers somewhere near the intersection of mass hysteria, paralyzing fatigue, emotional hyperbole, spiritual inspiration and culinary disappointment.  Well, this year’s experience was a full notch above previous retreats, in great part because our speaker—the dynamic, comical, motivational and spirit-guided Greg Speck—made our meetings so memorable and meaningful that no one really cared that the blizzard raging outside had mostly confined us to the labyrinth-youth-hostel.  He regaled his audience with storytelling worthy of my beloved Craig Ferguson and tread boldly where other youth speakers might have opted for PC vagueness.  One of my favorite quotes: “Don’t use the fact that you’re an atheist to be a horrible human being.  BE THE BEST ATHEIST YOU CAN BE!” 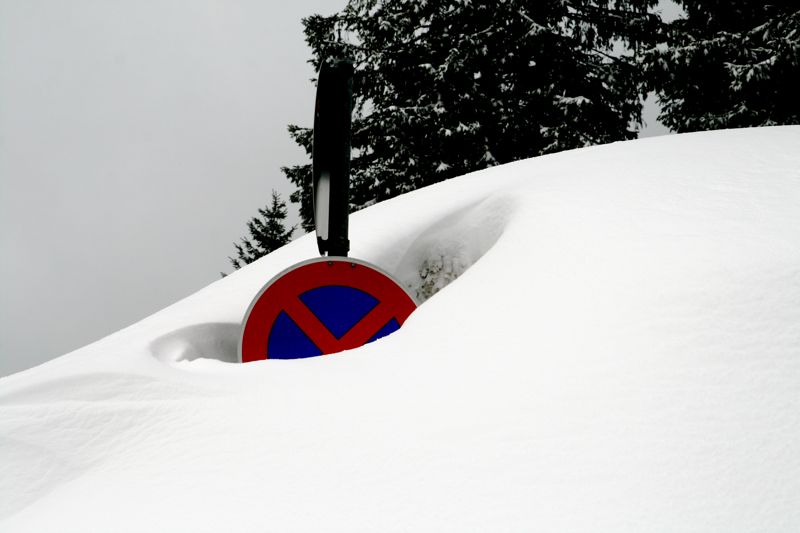 Other favorite moments:  Greg taught our boys how to serve our ladies.  Holding doors.  Helping them on with their coats.  Carrying their things.  (I have a personal memory of nearly dislocating my shoulder when a man first tried to help me into a jacket…I was twenty-something at the time and completely unversed in the art!)  I was all giggles, for the rest of the weekend, when boys went above and beyond the call by taking the girls’ trays at the end of the meal, sometimes removing their mugs from their hands before they were actually finished drinking—but their intentions were good!  And at lunchtime yesterday, I witnessed one beautiful soul holding the door to the main building open.  Because the bell had just rung, there was a steady stream of women either entering or exiting through that door, and when I walked by again ten minutes later, that amazing (and red-faced) young man was still holding it open—while girls begged him to just let go and walk away! 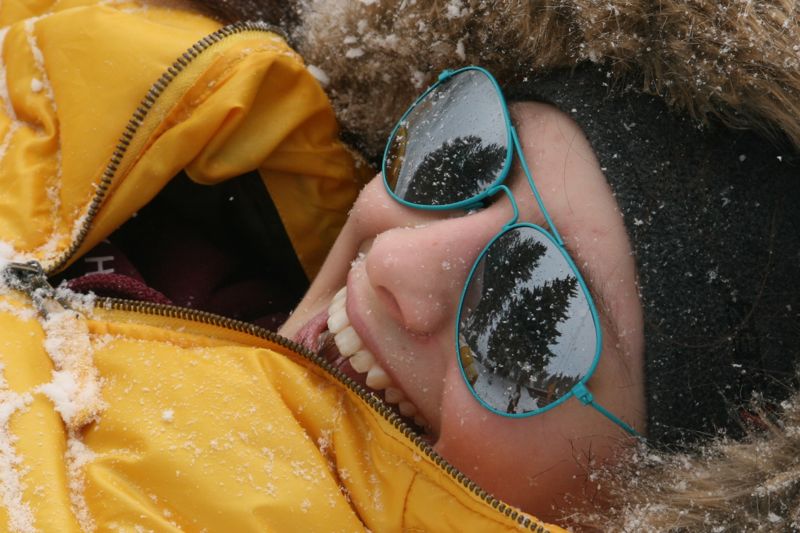 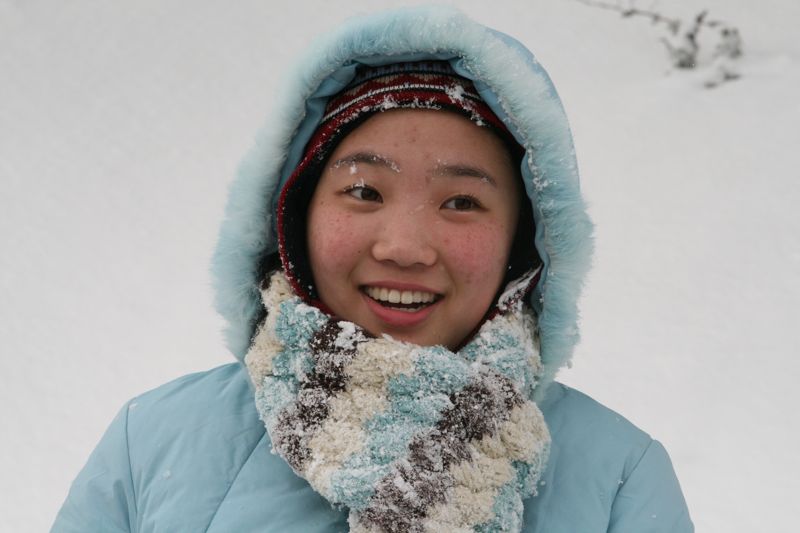 I was convicted—which, I realized later, would be the recurring theme of the weekend.  Moral?  Yes, I believe I am.  Though my halo is a little corroded in spots.  I try to live a healthy life on all levels: spiritual, physical, emotional and intellectual.  But am I a person of character?  Do I go out of my way to turn my convictions into actions that can have an impact on the world outside of my own self-righteous mind? 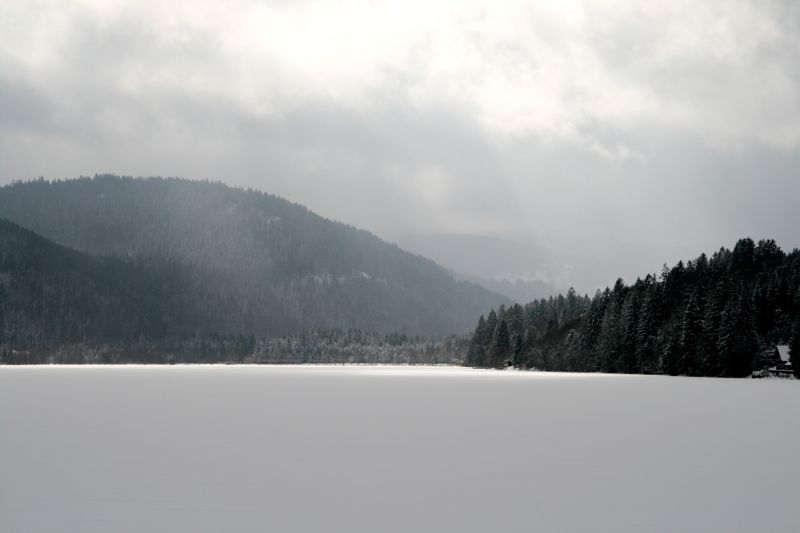 Greg used Micah 6:8 as the basis for how a person of character should live. 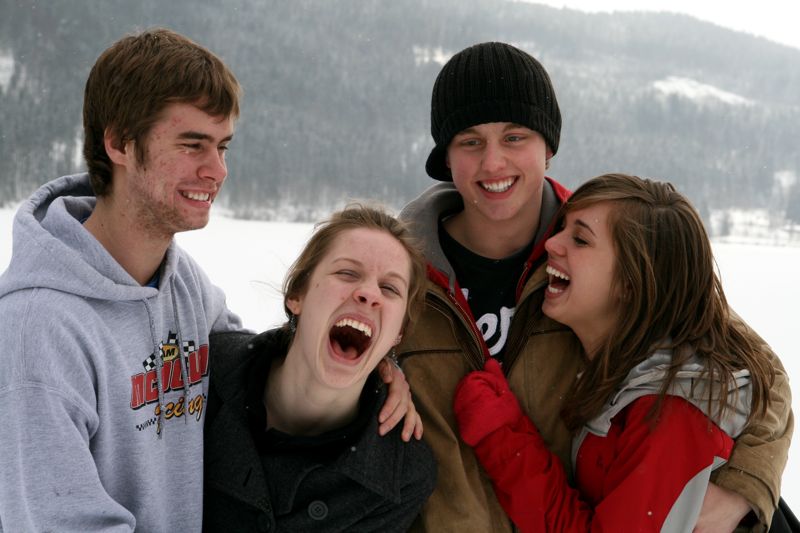 Our retreat weekend ended, and I packed up the forty-nine thousand items I’d brought along for the trip.  Minus a pair of sunglasses and a 20-euro bill.  I hope the strangers who found them enjoyed them!  I boarded the bus in vertically-blowing snow and watched the majestic mountains lumbering by outside the window, the Black Forest whitened by an overzealous blizzard.  Just over an hour later, the buses disgorged their masses of weary travelers and their mountains of luggage—mostly mine.  Reality set in with its usual deadlines: papers to be graded, meetings to be attended, guests to be entertained.  And for a few hours there—maybe for a couple of days—I forgot the stimulating conviction that had sent me reaching for spiritual goals with enthusiasm and purpose. 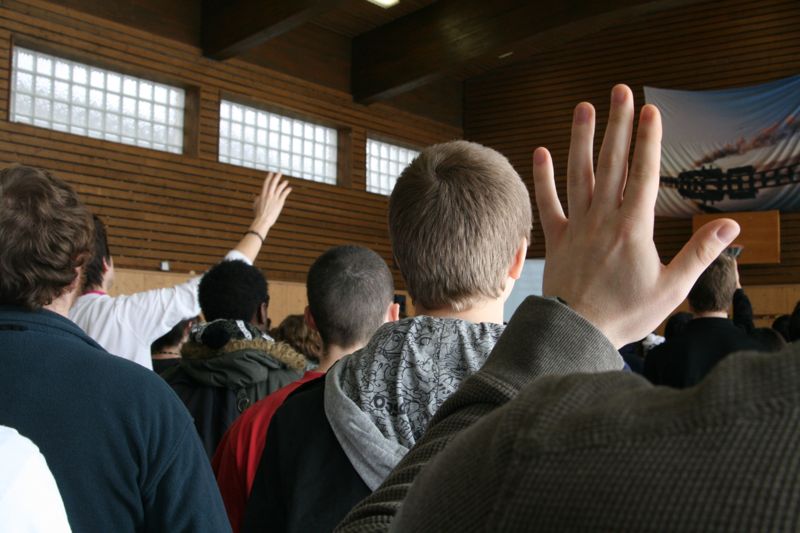 That’s why I’ve dedicated this post to restating the lesson on being a person of character.  Because I don’t want the notion to fade beyond recall.  Because writing it cements it.  Because sharing it perpetuates it.  And because repeating it sets the soundtrack of my weekend in motion, looping the line from a well-known chorus in my mind:  “But to act justly and to love mercy and to walk humbly with my God.”

MORE PHOTOS FROM A MEMORABLE WEEKEND:

BFA’s fantastic students, an afternoon trip to Titisee (fifth-wheeling at a scenic mountain lake) and more snow than I care to contemplate… 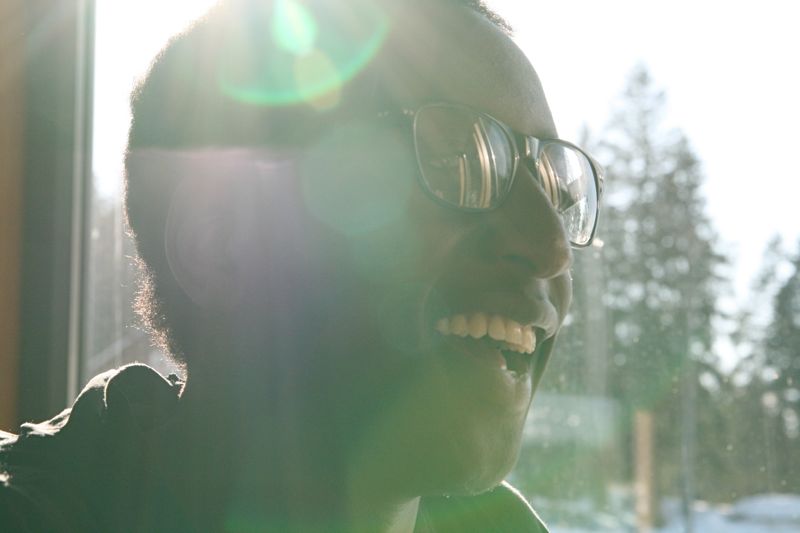 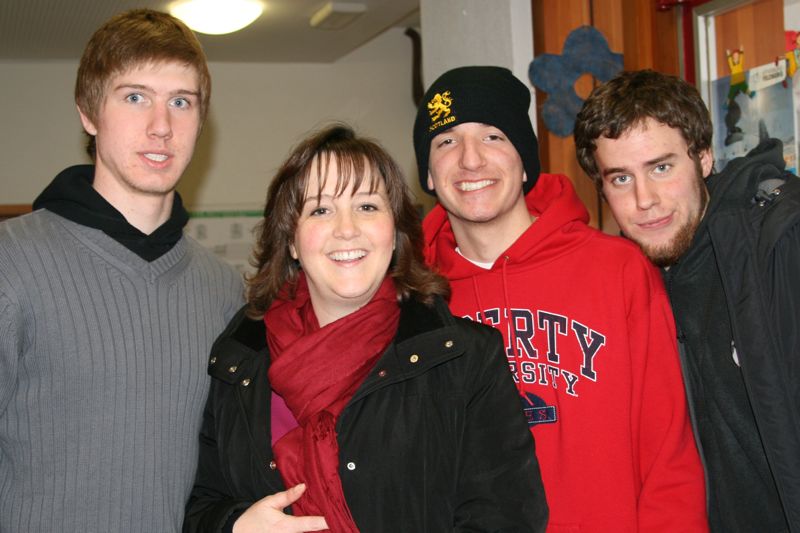 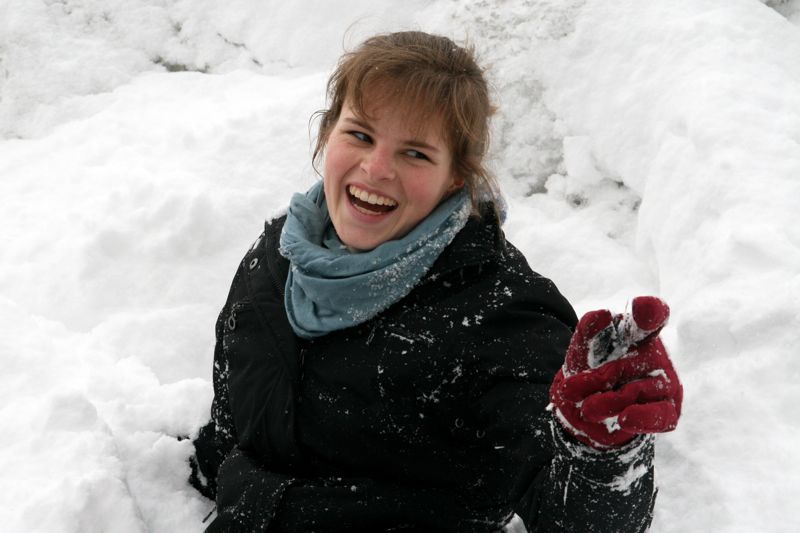 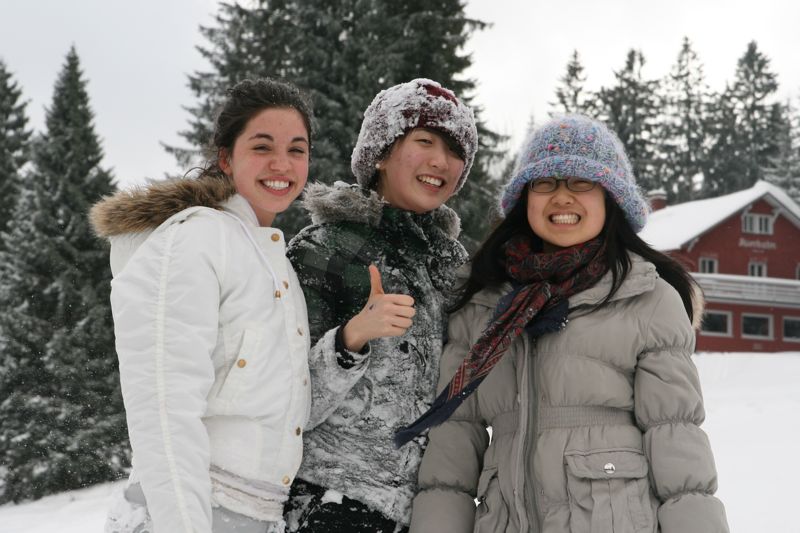 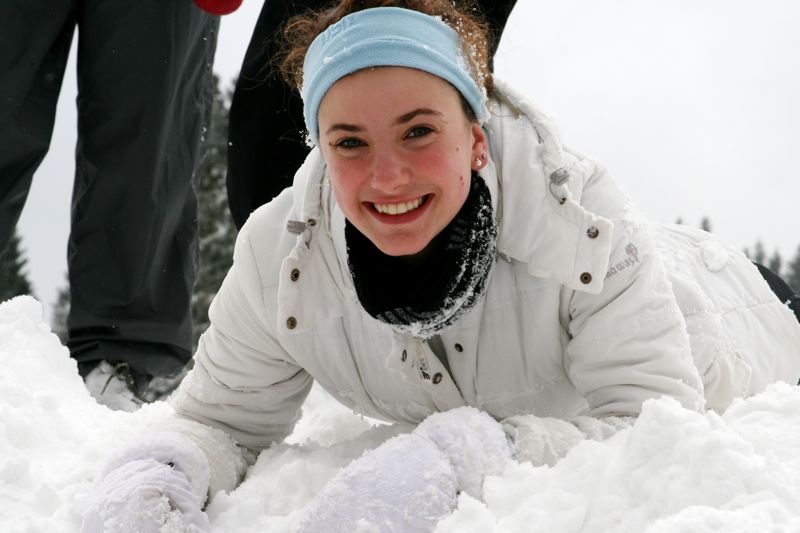 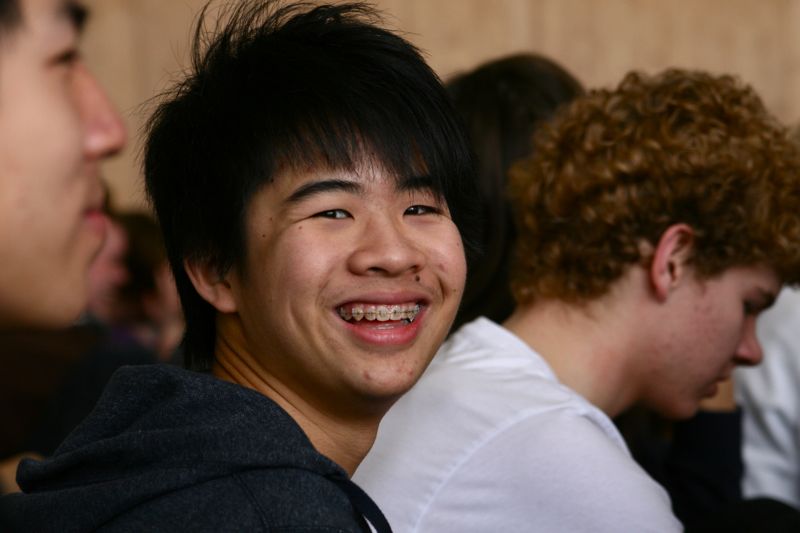 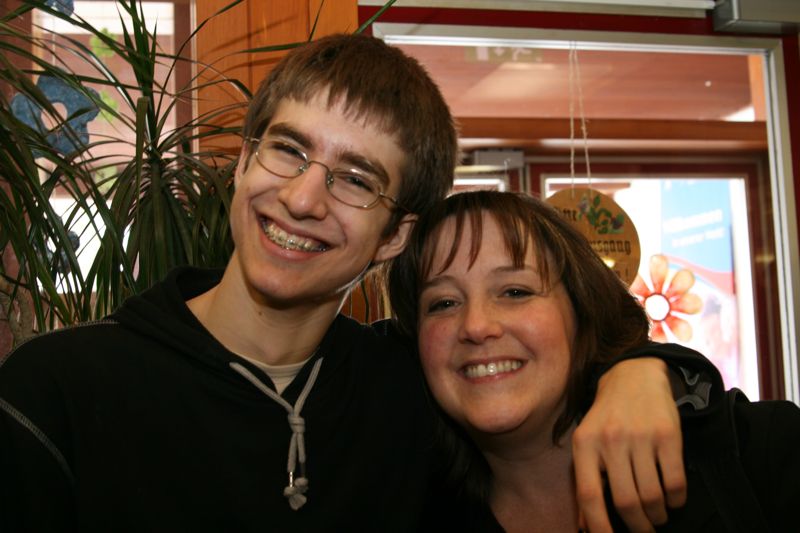 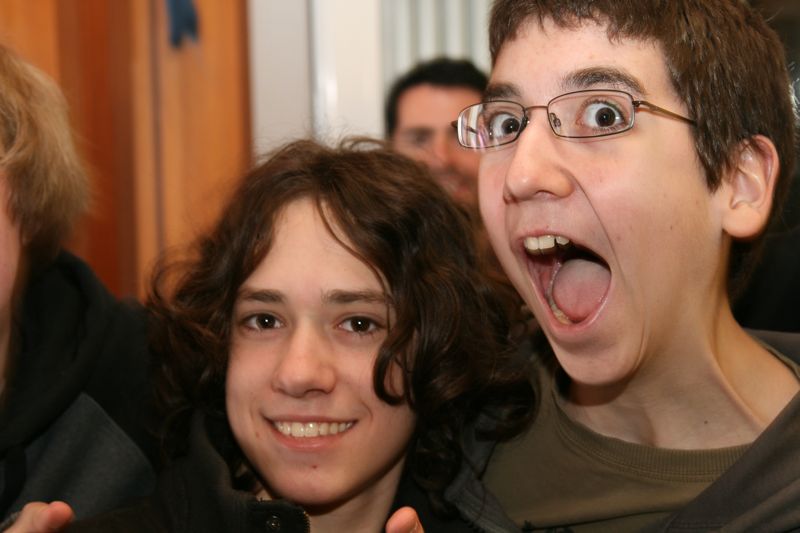 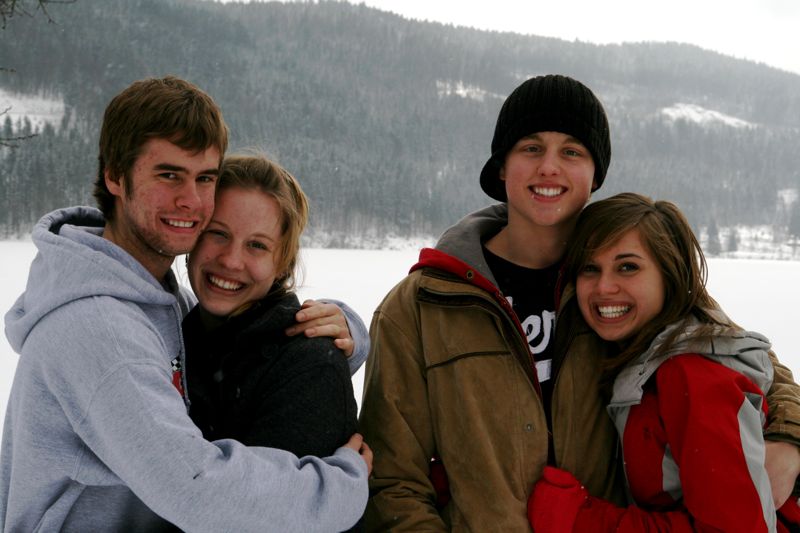 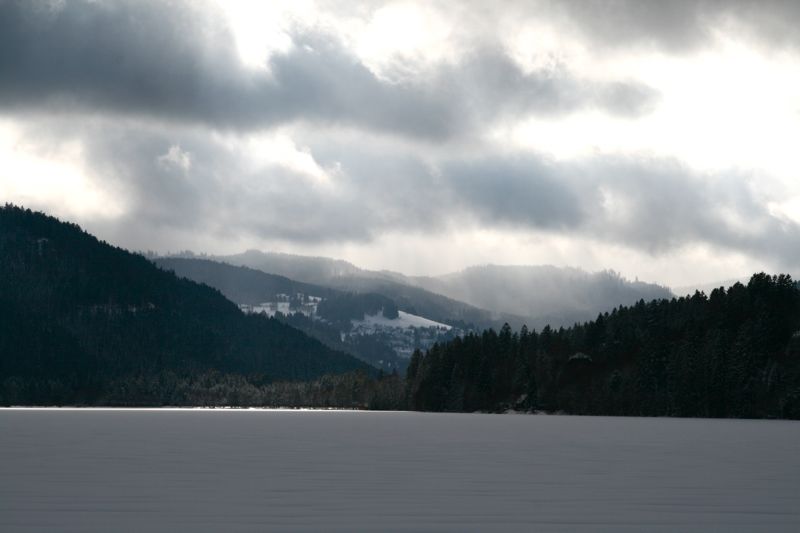 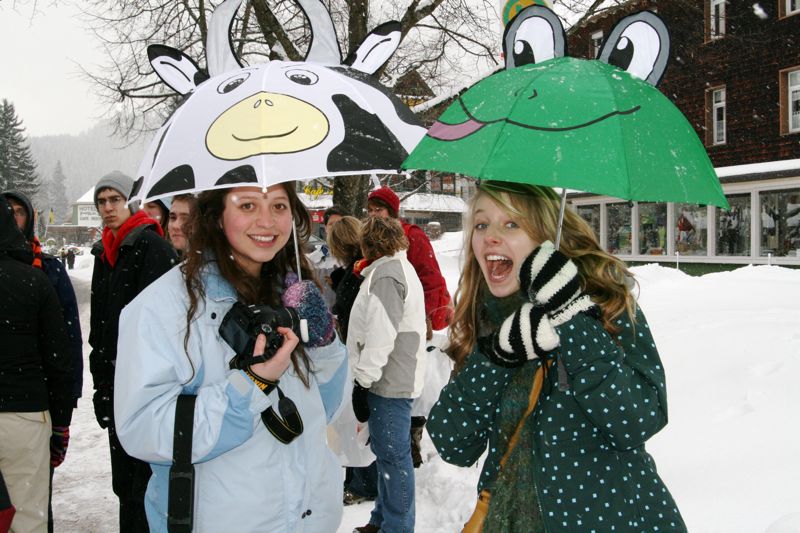 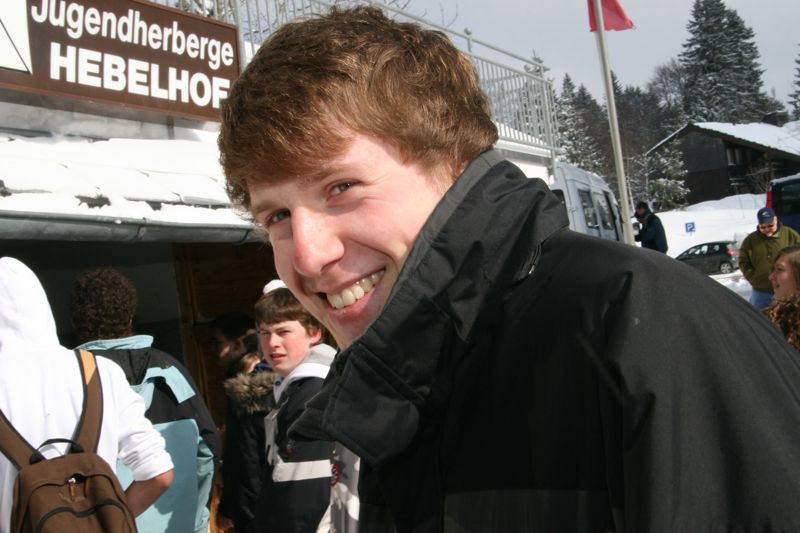 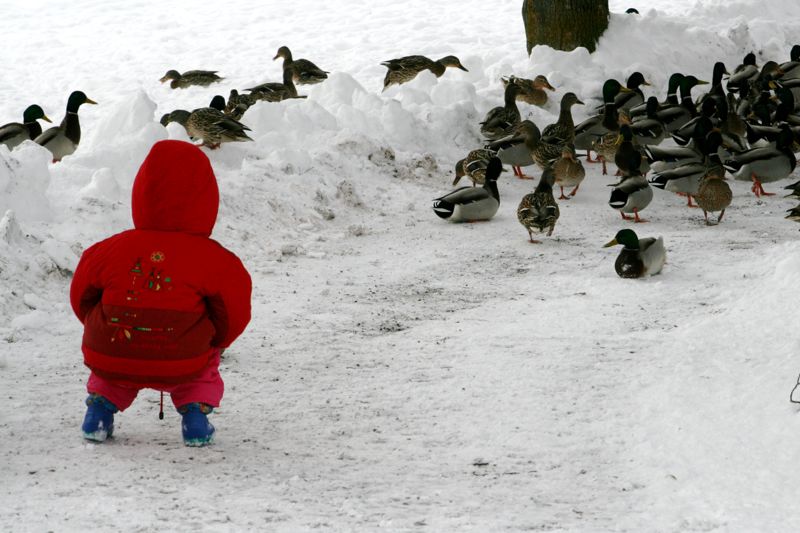 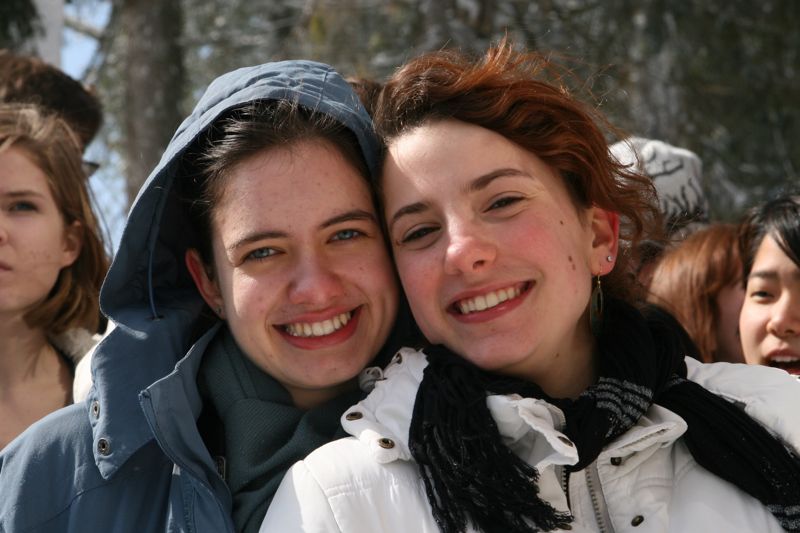 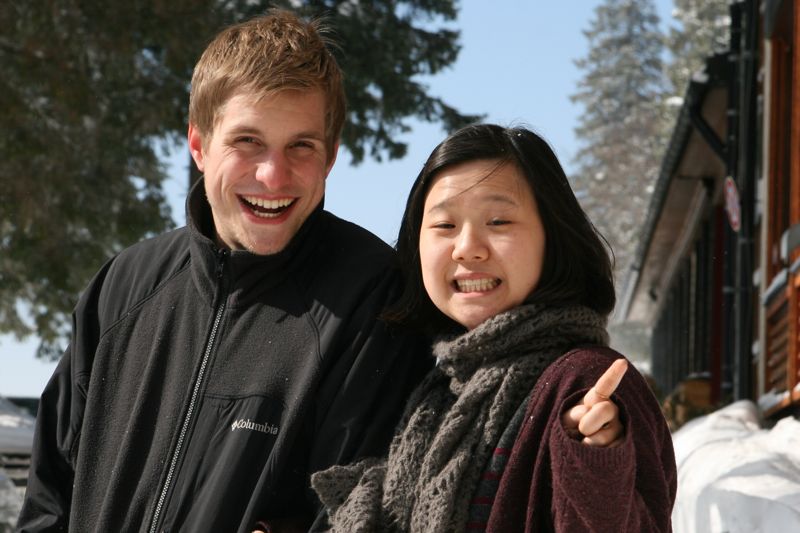 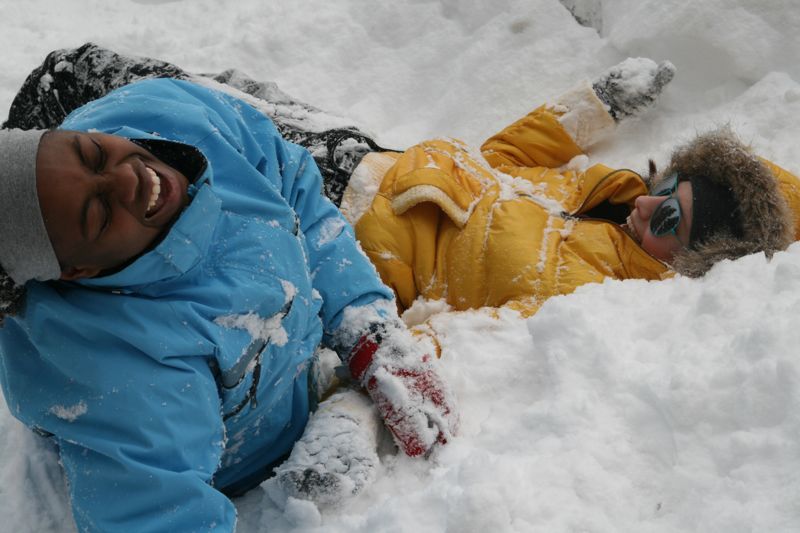 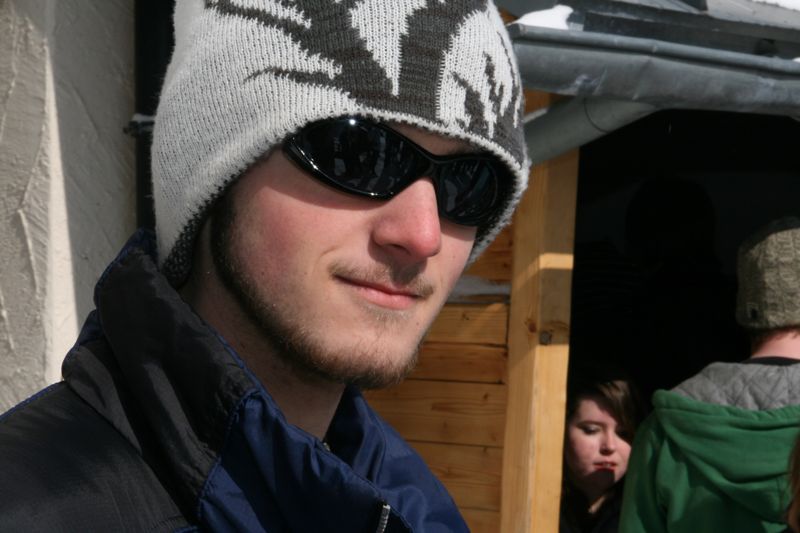 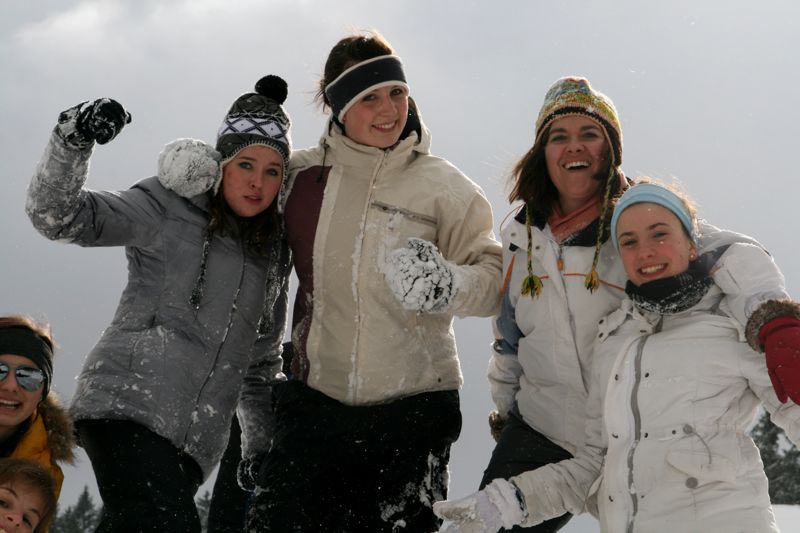 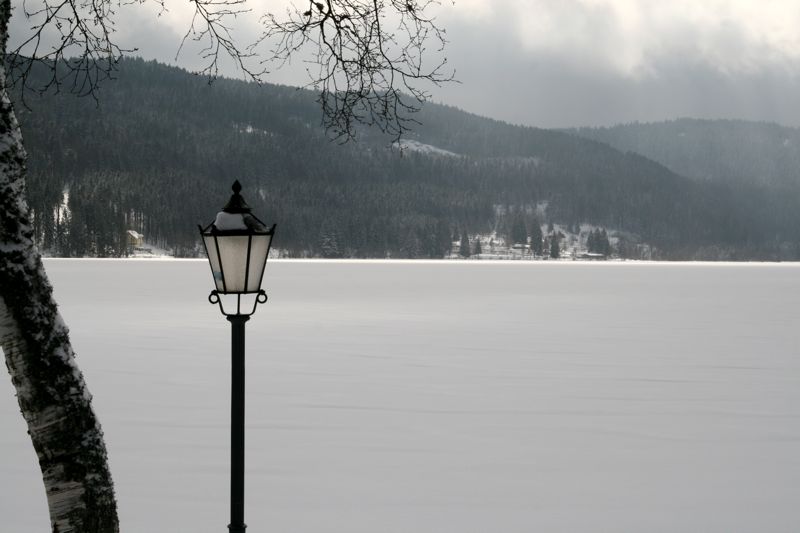