PAIN WITH A VIEW

A year ago this week, I entered the hospital in Ann Arbor for my tenth (and hopefully final) de-cancering surgery.  I marked the anniversary last weekend by taking a quick, overnight trip to Switzerland with my dear friend, Mari Ellen.  It started out wonderfully—a beautiful autumn day, a charming (and affordable) Bed & Breakfast nestled in an alpine valley with a breathtaking view of the surrounding mountains… 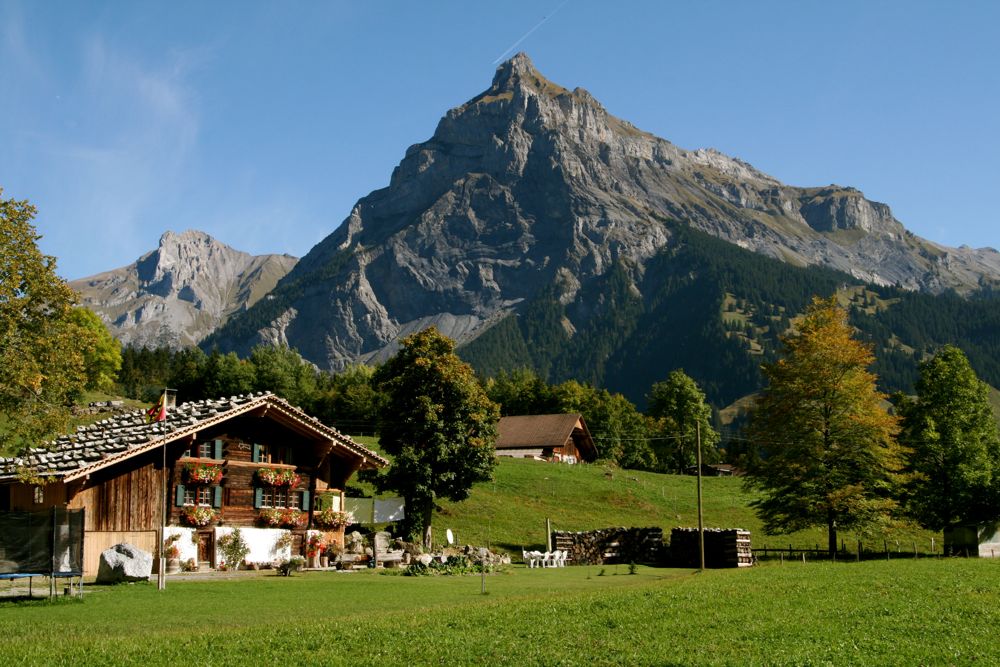 The small town of Kandersteg is as Swiss as they get, and that mountain rising up behind the chalet on the above picture was our destination that afternoon.  Now, I’ve come to realize that the reason the Swiss have built cable-car lines along the sides of their steepest mountains is that climbing them in any other fashion is tantamount to “suicide by effort.”  Sadly, that realization dawned only after Mari Ellen and I had decided that we’d tackle the impossible incline and call it our challenge for the day. 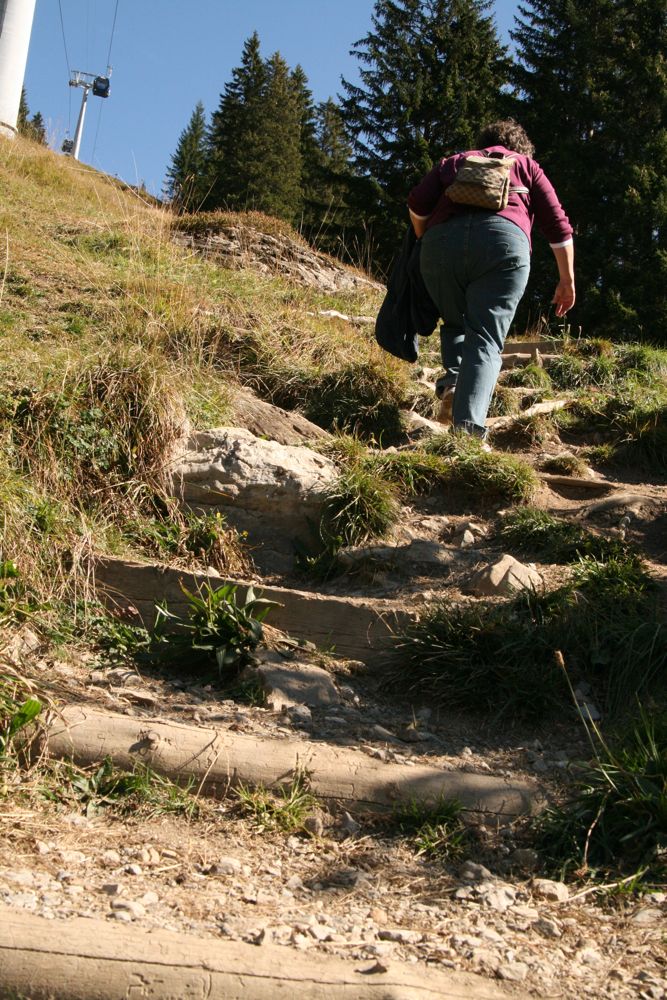 The path was narrow, uneven, sometimes treacherous, and consistently so steep that we often used our hands AND feet to make the ascent.  By the time we’d made it a third of the way up, I was doing my best impersonation of an asthmatic heifer running a marathon and trying very hard to fill my lungs with thin mountain air.  We took a breather at the foot of one of the giant cable-car pylons, ostensibly to enjoy the view, and I wheezed, “I don’t think I can do this,” while gazing disgustedly at the small distance we’d traveled.  A minute later, we were at it again, clawing our way up the 3-kilometer cliff that passed for a walking path.  I can’t remember the last time I was so physically challenged.  The climb was endless, the altitude was debilitating, and though the views were stunning, they paled in comparison with the colored dots dancing in front of my eyes (oxygen deprivation is a dangerous thing!).
But we made it.  After over an hour of interminable effort and dogged determination, the path flattened a little, then widened, then became a paved road that lead blessedly DOWN to an azure alpine lake, fed by glaciers, and magnificently lit by the mid-afternoon sun.  The view was almost too much to take in as we sat…and breathed…and absorbed. 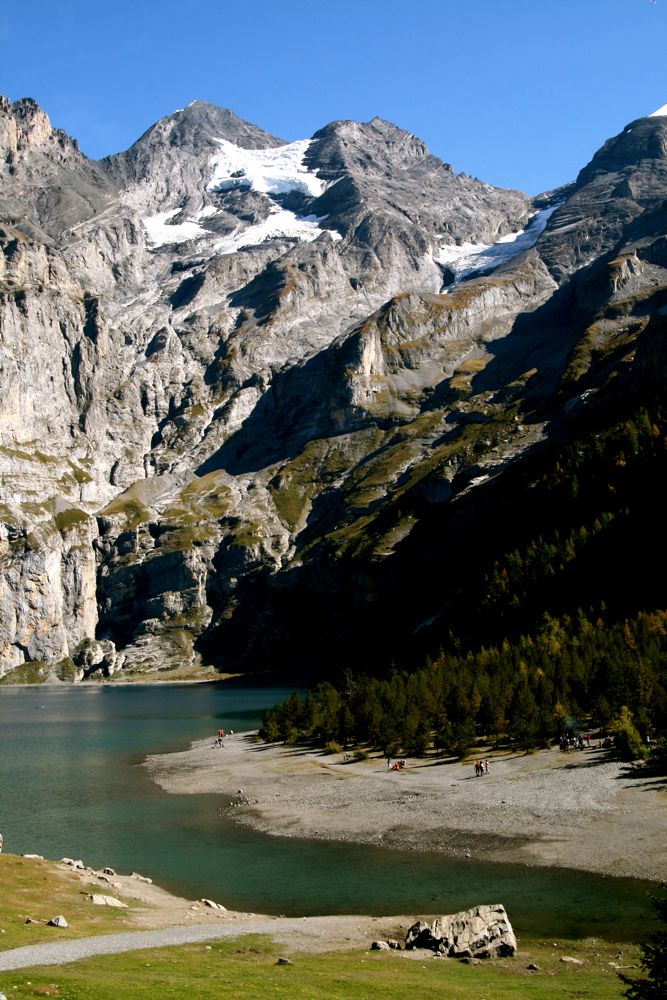 I received two emails, this week.  One from my friend Dotsy, a fellow MAC-sufferer who will be having her second facial surgery this month.  And one from a new friend who somehow found me online.  She received word yesterday that the surgery that was supposed to heal her of cancer didn’t.  It’s back, and her immediate future holds more surgery, chemotherapy and radiation.  Both of these women are strong and hopeful.  Both have a faith that will be their fiercest ally during the challenges ahead, and both have no idea yet of what their “mountain” will truly entail.
I was writing to them yesterday and struggling to conjure up something meaningful to say.  How could mere words possibly make a difference, given the enormity of what they face? In many ways, their battles against this disease are much more taxing than mine was, which leaves me with little other than prayers to offer…except that I am a survivor.  I’ve been there, climbed that, and now have the “view” to prove it.  That alone, even without words put to it, carries a victorious message.
Thinking back on my Swiss excursion and the many times when all I could say was “I don’t think I can do this,” I realize that my defeatism had a lot to do with the fact that I knew nothing of what awaited at the top of that mountain.  I knew nothing about the distance still to be traveled to get there or the condition of the path ahead of me.  I wonder how different the experience might have been if someone had been standing at the summit with an eye on the azure lake and a hand held out to me, saying, “It’s worth it.  I can see it.  You’re over halfway here.  Come on—you can do this!” 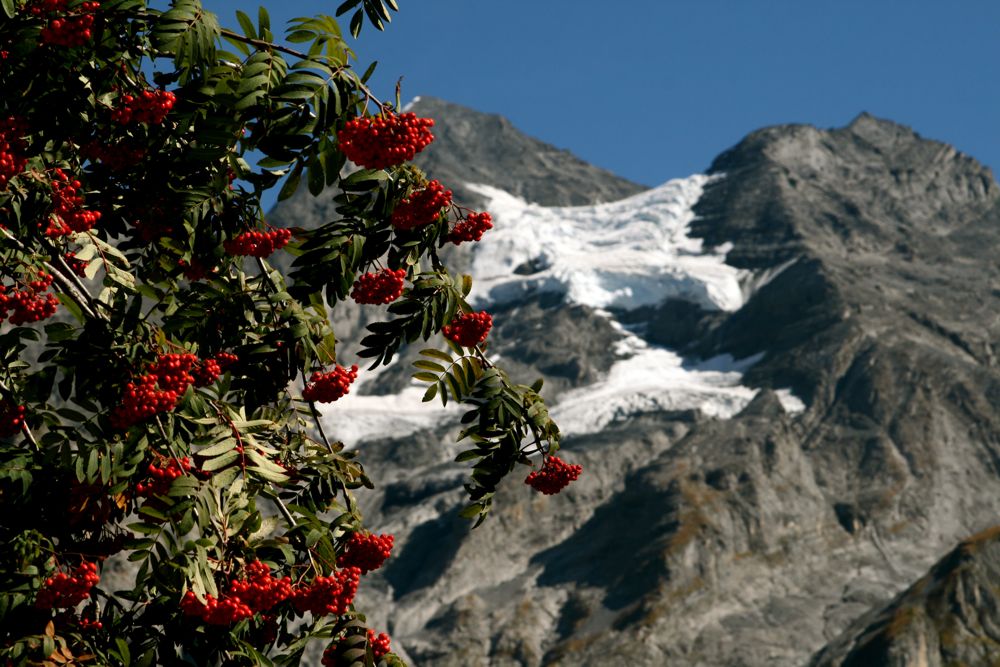 On this anniversary of my tenth surgery, I am reminded of the responsibility we have, as survivors, to stand at the top and call down to those still struggling to the summit.  Whether they’re emotional, physical, or spiritual, the mountains we’ve conquered are not ours to own, but ours to share.  We might not always want to revisit the pain we’ve suffered or the crippling we’ve endured, but if we don’t offer them to others as a testimony of God’s sustenance and love, our fellow travelers may not have to courage to find their way to the top. 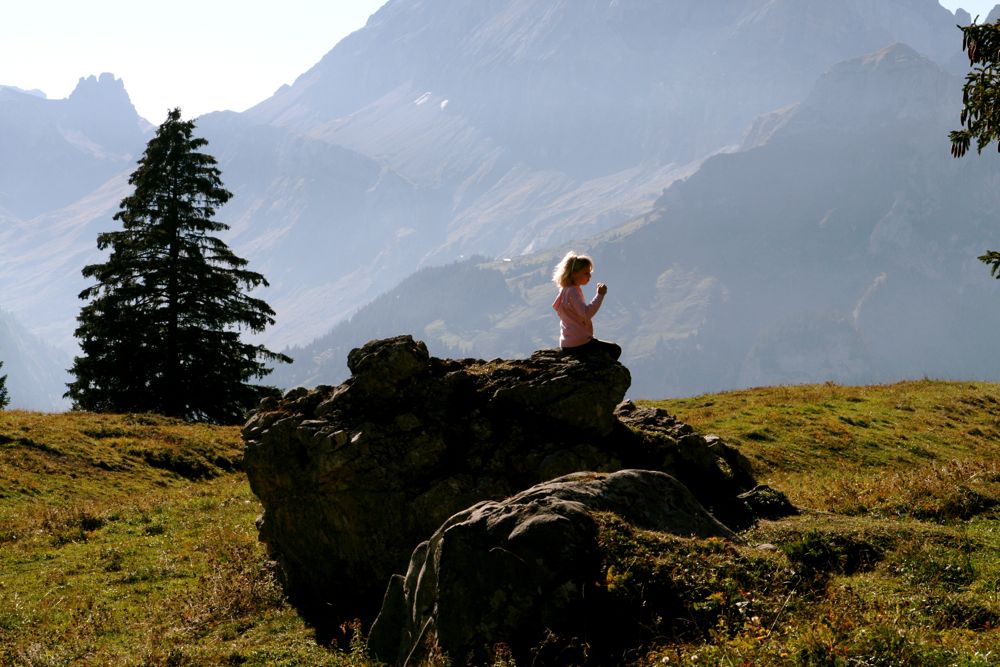 My encouragement to you?  Speak of the treacherous paths and looming precipices you’ve known, tell the story of your climb, the tale of your survival.  And when you’ve reached a place that is beautiful and stable and “breathable,” call down to those who follow and tell them of the strength that comes from surrendered weakness, of the peace that comes from vulnerable faith.  Tell them that you stumbled.  Tell them that you wanted to give up.  Tell them that you were bruised by doubt and battered by despair…but that you made it.  You.  Made.  It.  And the view from the summit of survival?  It’s priceless.