I have  a confession to make:
After years and years and many moons of loudly and stubbornly proclaiming that jogging is unquestionably of the devil, and after myriad rants about the disastrous side-effects of too much exercise on the human condition (ie. excessive brain jostling resulting in a person’s inability to illustrate a point with anything other than sports metaphors…as brilliantly proven by every chapel speaker BFA has seen in recent years), and after many a lame excuse uttered to sports teachers in order to wiggle out of participation in any strenuous physical activity lest I suddenly develop an ability to sweat (male teachers are the easiest ones to con–just assume an ackward and pained expression and they blanch, get fidgetty and send you to the library to read!)….I’ve started jogging.  I actually started back in June, shortly before graduation, and the 20/20 vision of hindsight suggests it might have been a consequence of the time when several senior girls and I drove up to Hoch Blauen one night and had a paragliding-without-a-paraglider contest.  It amounted to a how-many-times-can-you-bounce-head-over-heels-down-the-mountain contest, which I won, I presume, because of my non-aerodynamic figure.  (Erin, if you’re reading this, try not to roll your eyes and utter a heartfelt and concerned “Michele……”  I’ll stop talking about my body-dysmorphia when those pesky sunbathers stop yelling “Free Willy” at me every time I emerge from the water after a swim!) 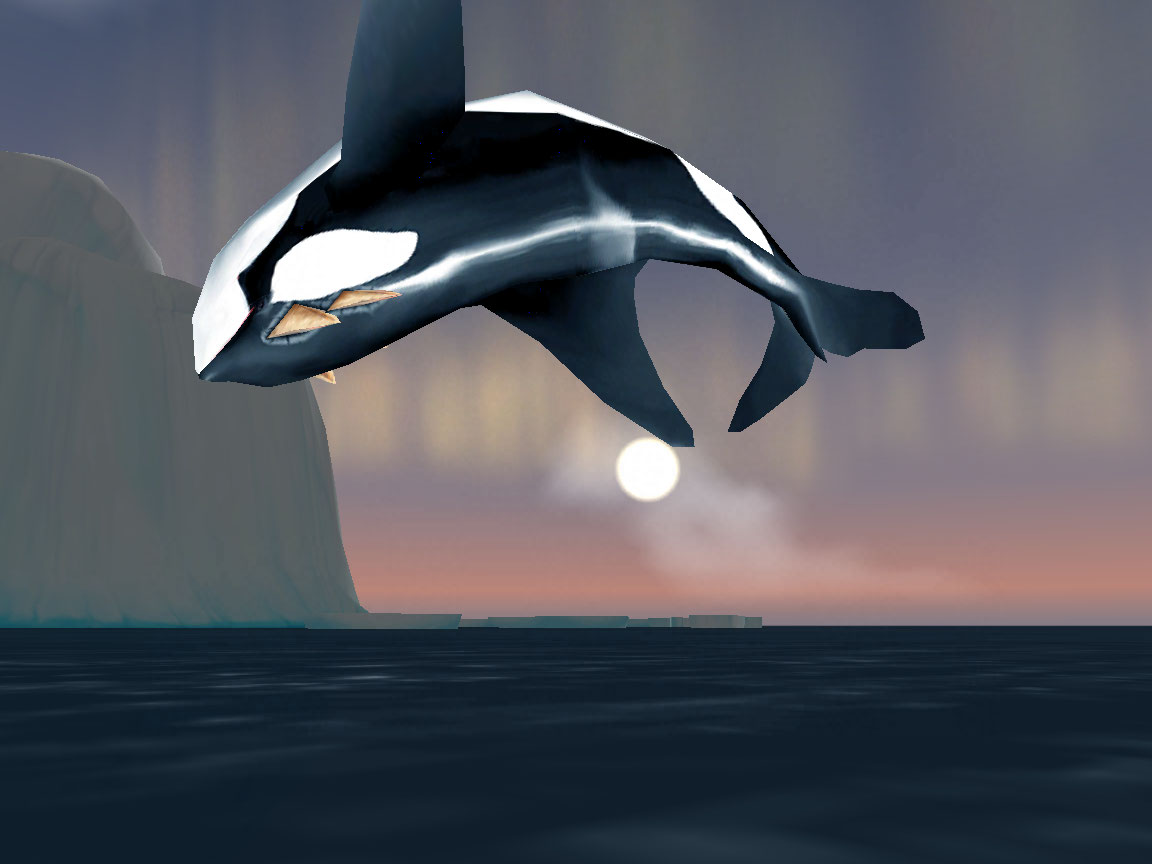 But I digress.  I believe it was after that traumatic contest, having perhaps crashed head-first into a boulder, rock, or collection of small stones, that I woke up one morning and declared, “By Jove, I think I’m going to take up jogging.”  Which I did.  Although it’s more of a “wog” than a jog.  I walk briskly UP the hills and jog in the flat and downhill stretches, which I think is pretty darn good for a woman pushing 39 who once swore she’d rather be forced to listen to 94 straight hours of Mr. Bateman doing morning announcements than test her sweat glands (ew) with any form of strenuous activity…unless the activity yields something baked, deep fried, or smothered in whipped cream.  The whole process of jogging wouldn’t be so exhausting if I didn’t have to go through an entire checklist of “Please don’t laugh at me” adjustments every time a car drives by: 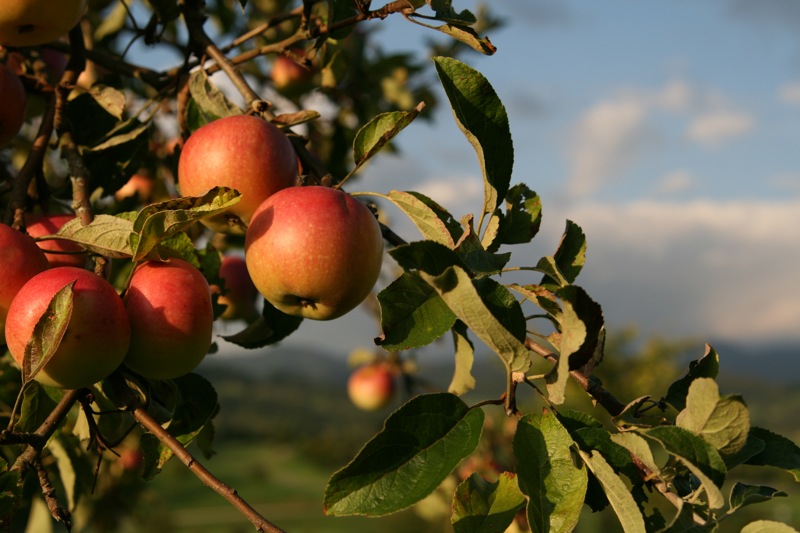 But I digress–again!  I was out on a jog last Saturday, minding my own business as I trotted toward Liel at a decent pace (it’s downhill after all), enjoying the sound of my expensive new running shoes clapping against the pavement and pondering the saleswoman’s final words of advice upon receiving payment for said shoes (“You’ll probably need to replace them after you’ve run 500 miles in them…”  Huh?  Take a look at my thighs, woman!  Are these the thighs of someone who would even THINK 500 miles, let alone run them???  500 cream puffs?  Sure.  500 miles of arduous exercise?  Uh….no thank you.  I’d rather eat a Big Mac.)  I glanced off to my left, and there, to my amazement and consternation, in the middle of an apple orchard bathed in sunlight, stood a perfectly (actually, rather IMperfectly) naked man.  Yup.  I said “naked”.  Followed by “man”.  The sum of which makes a resounding (all together now): NAKED MAN.  What was he doing there, you might ask.  Staging a protest against fabric?  Scaring the wildlife into early migration?  Stalking a missionary whose idea of a midlife crisis is taking up a sport which has caused her to discover entire muscle groups she never knew she had–and whose acquaintance she’d rather forget?  (Hip flexors: the devil’s torture chamber.) 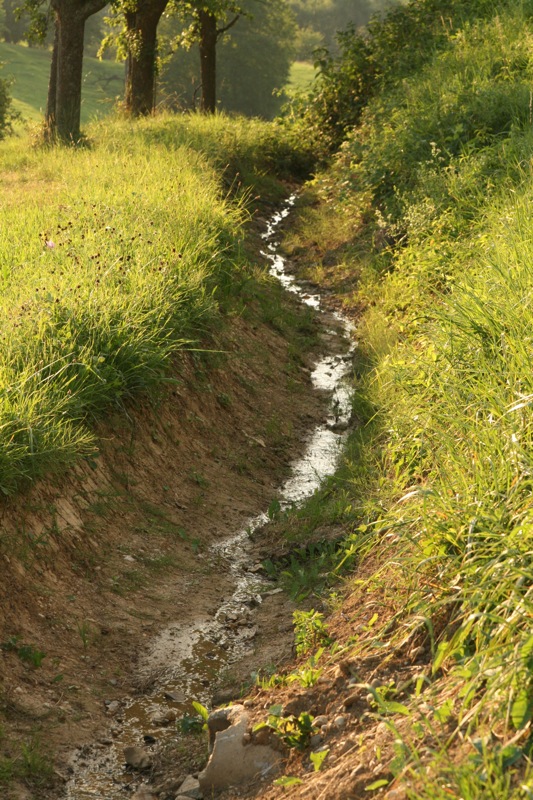 Nope.  He was picking apples.  Of course he was.  What else is a naked man to do in an orchard?  I glanced once, gasped, stumbled, said something unladylike, then looked again–more closely.  I think maybe I threw up in my mouth.  Not sure.  Then I stuck my head between my legs and breathed deeply, hoping I was somehow hallucinating from lack of oxygen to the brain (which may, come to think of it, have caused the whole wogging craze to begin with!).  But when I looked up again, much to my dismay, the German nature lover was still there, still gloriously (and saggingly…he was well passed the prime of life) naked, still picking apples, and still just a few too-short feet away from me.  But it wasn’t the feet I was worried about, if you know what I mean… 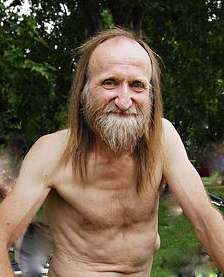 Long story short:  I jogged on, spurred forward not by a second-wind (a myth invented by sadists–I’m sure of it), but by the disquieting image of a sexagenarian birthday suit.  In the States and Canada, such an encounter would have been grounds for a call to the police and an arrest for indecent exposure.  But here in Deutschland?  It’s just a cultural experience, a measly footnote in the book of my wogging adventures.
Memo to my athletic friends:  I love you even though I believe you’re irreparably warped.
Memo to apple growers worldwide:  I won’t be needing your services for, say, the next couple of decades.
Memo to naked men:  I mean this in the kindest way possible…  You are the undeniable proof that God’s creation reflects His sense of humor!