(Reading on Facebook?  Please click here to be redirected and see it as it should be!
http://www.xanga.com/serenitymine)

This is the last entry I will be writing from Canada in 2008–I’m flying off to Germany a week from today!  I still occasionally find it hard to believe that a two-month summer break turned into a five-month battle against a nasty disease, but the changes happening all around me in this beautiful (if somewhat desolate!) part of the world offer undeniable evidence: 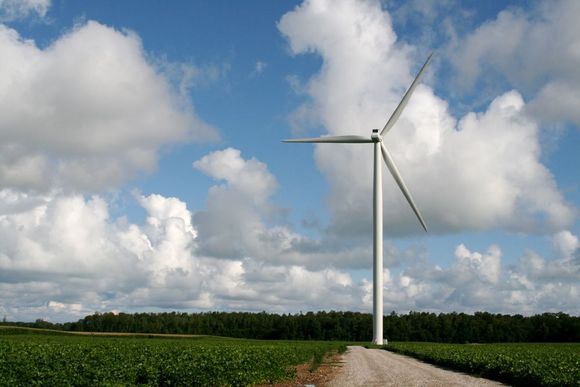 What a difference a couple of months make! 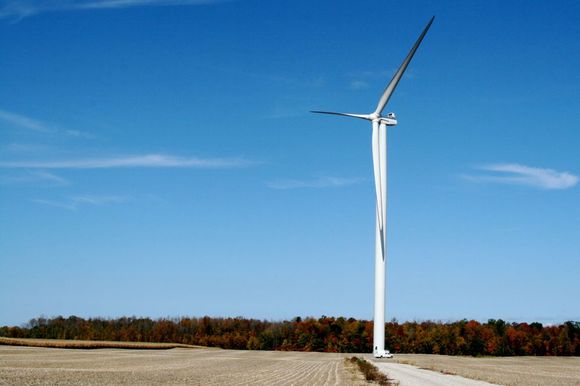 I’m writing this on the day after Canadian Thanksgiving.  It’s my second favorite holiday of the year (after Christmas), and not just because it’s an excuse to dig into some stuffing.  It’s because Thanksgiving revolves around the one activity that has carried me through from June until now: being grateful.  I made a decision several years ago that I would seek reasons to be thankful.  After spending too many years as a cynic, it seemed like a better occupation.  Little did I realize then that the change of perspective would be so vital to making it through this summer.  In the midst of all the twists and turns and travel and trauma, there has been gratitude. So much gratitude. And on days when my heart was overwhelmed with decisions and prognoses, it was also overflowing with a marrow-deep thankfulness for the daily (sometimes hourly) answers to prayer I was living. 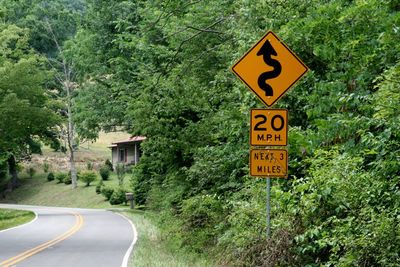 The road has been, to say the least, convoluted!

The North American phase of my battle ended with a bang a week ago.  A bang and a collection of stitches!  The surgeon, whose unexpected cancellation allowed me to have surgery now rather than next year, had intended to do some minor repairs on the scar from my June surgery.  But when she turned up in the pre-op room, it was with entirely different plans!  She excised the entire length of the old scar and started all over!

The results are…Frankenstein’esque!  But I’m pretty sure the final effect will be a vast improvement on the last pirate look. 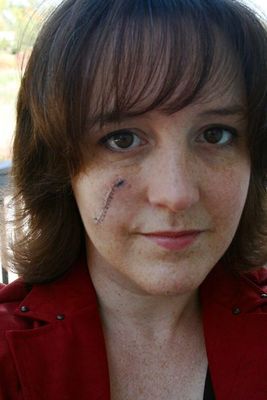 I’m not a big fan of Barbara Streisand’s (especially her politics), but one of her songs seems to resonate these days: “People–people who need people–are the luckiest people in the world.” It’s schmaltzy and over the top, but…

I could wax philosophical about the many, profoundly inspirational lessons I’ve learned in the course of 5 months of treatment and a total of ten surgeries, but the overwhelming image I have, looking back on the battle, is of people. I have sent up so many prayers in recent weeks–so many pleas for comfort and wisdom–and the answers, the profoundest of the “God moments,” have come in human form.  They’ve been embodied in nurses and doctors, old friends and new friends, and students–past and present.  God has shown His face to me in undeniable ways, from the kindness of strangers like shuttle drivers and candy-stripers to the mind-boggling financial help many of you (angels, to me) have provided.  I have been blessed beyond my wildest dreams by the people God has raised up around me—a human shield that has prayed and encouraged and healed me both in mind and body.  You have been God’s hands and heart to me, and you have made of this season of weakness a season of inexpressible joy.  Thank you! 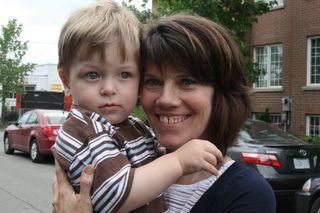 The Haywoods (and Steinbocks) drove a long way for dinner with us!  And Beth.
A precious friend who isn’t well these days and I’m sure would value your prayers.

One outstanding example:  I’ve spent countless hours on the Internet in the past couple of weeks trying to find the best prices for the nutritional supplements and vitamins I’ll need for the rigorous regimen prescribed by my naturopath.  She believes (and mounting scientific evidence supports her) that a cancer recurrence can be halted with the right combination of ingredients found in nature.  The most effective of these is also among the most expensive.  It’s called Resveratrol and isn’t very widely available yet.

Well, I found an online health store called Health Mega-Mall (www.healthmegamall.com) and wrote to their contact address to inquire about pricing.  Imagine my surprise when I received an email from the president of the company (K. Victory–his name lends me courage!) followed the next day by a phone call and his assurance that he and his business would do whatever they could to help me.  Have you ever received an email from a perfect stranger encouraging you in your faith, promising his prayers, and vowing the kind of support that many Christian entrepreneurs wouldn’t offer? 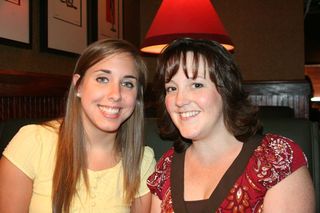 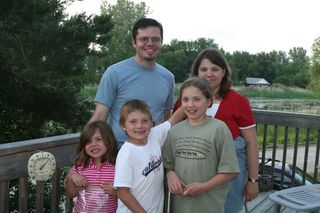 Former student, Maggie (she makes me LAUGH!) and supporters and friends, the Hurshmans.

I asked him how I could thank him for his personal concern and he wrote back, “Please don’t feel indebted to us…. the s
ame Lord whose name you are serving today, will bless us when we serve those who serve Him.” Who would ever have thought that a casual Internet inquiry would reveal yet another angel in the flesh?  That, my friends, is what this summer has been like for me.  I might have two forms of cancer, but I am so, SO blessed…  And if you ever need to buy any supplements, I highly recommend this fledgling business: http://www.healthmegamall.com.  They offer a “Lowest Price Guarantee,” so you can’t go wrong!  It’s a business you can trust, run by a truly good man…  I have an open invitation for lunch with his family if I ever get to that part of the world, and I count on making it there some day! 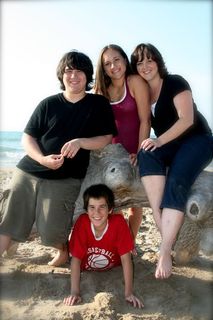 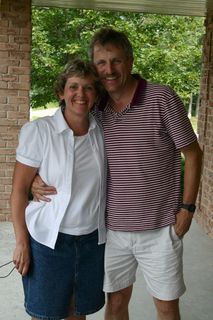 My beautiful niece and nephews and Storch’s new dorm parents.
We met in Toronto before they flew to BFA.
What a whirlwind of blessings this battle with cancer has been…and what a challenge to become all that you all have been to me! May I learn from the examples of so many of you to love others in undeniable ways, to be a force for optimism and a bearer of hope.  To be selfless in my commitment, even when time lengthens and prognoses get rewritten.  May I rejoice in the answers to prayer of others and endeavor to be that answer whenever I can.  There is a dear friend at Forest Baptist Church–one among the many prayer warriors who have been fighting for me this summer.  Her name is Kim, and she suffers from a debilitating illness that is crippling and painful.  Yet she has been one of the loudest voices of victory in my lif e, and even on those Sundays when her own body was a torturous prison to her, she was cheering me with her confidence and hugs.  She is just one example of the army of benefactors God has blessed me with.  How could I possibly be anything but grateful?!

There is no way I could possibly include all of you in the following pictorial (and above).  I’d have to upload hundreds of pictures…  Yet each of these  represent a dozen others.  You have been the human incarnation of God’s sustenance and compassion, and I praise Him for each of you…  To HIM be the glory. 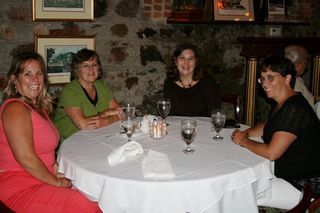 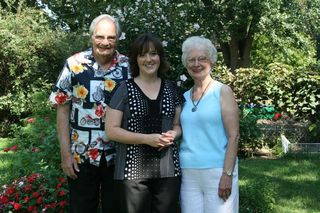 Ralph, Marisie and I graduated from BFA together in 1986, and Dr. Hollatz was my speech professor at Wheaton College back in the stone age.  His wife is an incredibly encouraging breast cancer survivor! 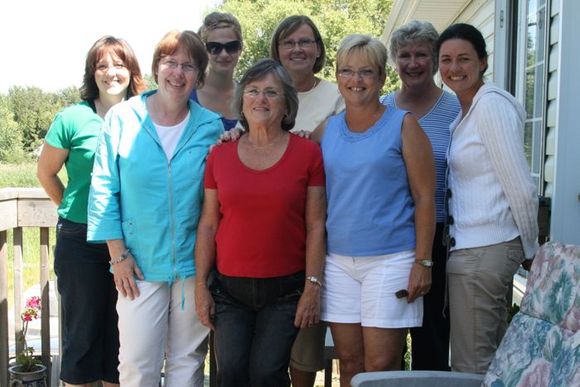 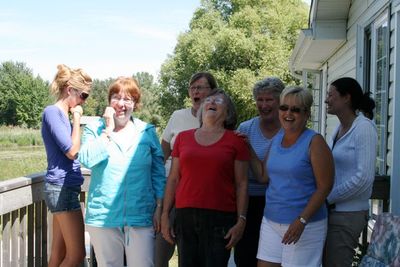 You really need sound added to these pictures to get the full impact
of this group of ladies from my mother’s church.  We got together for lunch
on several Wednesdays and took turns engaging in ridiculous conversations.
The second picture, though not flattering, is a better expression of the group’s…
uhm…uniqueness!  They’re all wonderful–and Liz (blue stripes) is a fellow
breast cancer survivor.  She’s been a rock. 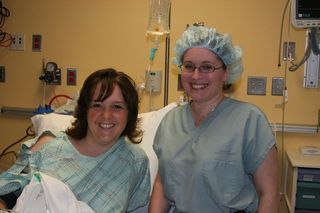 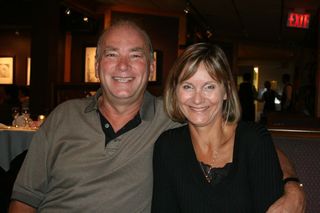 My doctor (can’t say enough about her) and my robust and cheerful cousin, Fred, with his wife, Patty. 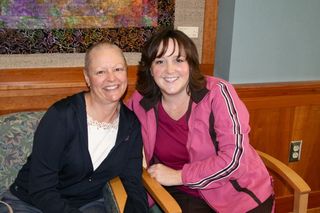 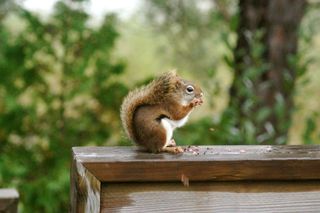 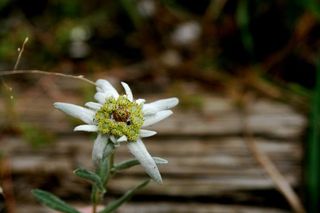 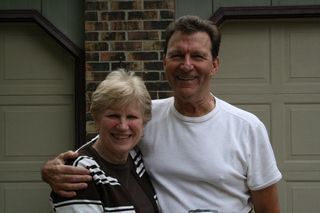 Elaine–oh, how she touched me.
Jim and M
arge Emery–one of the many couples who put us up during our travels. And since it’s Thanksgiving–this is where my aunt took my mom and me for dinner!
It’s a Victorian manor (called Idlewild) that functions as an inn and restaurant. 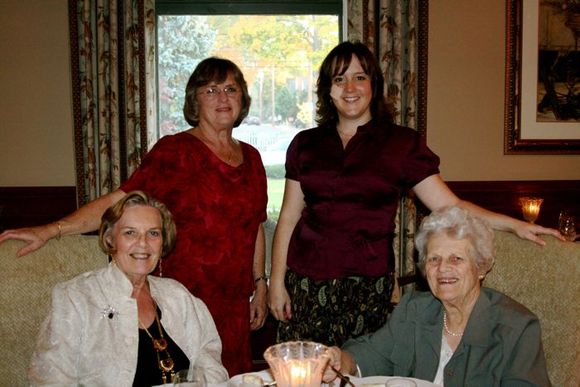 The food was divine, and the company (my aunt and great aunt) was priceless.
What a great way to top off five months of giving thanks! If you think of it, please pray for my reentry into BFA.  These transitions are usually rife with landmines!  Pray also as I prepare for radiation and begin on November 3.  My next entry here will be from HOME!!!
Comments
Post Views: 187